Tehran Threat Against Israel should stir Iranians to revolt.

His subject in a television interview on Sunday is the threat the West has worried about most often these last five years: Iran will begin its intended campaign to destroy Israel as tension rises between the USA and Iran.

Guest Editorial by Beverley Baldock,  a Former Serving Member of the IDF. 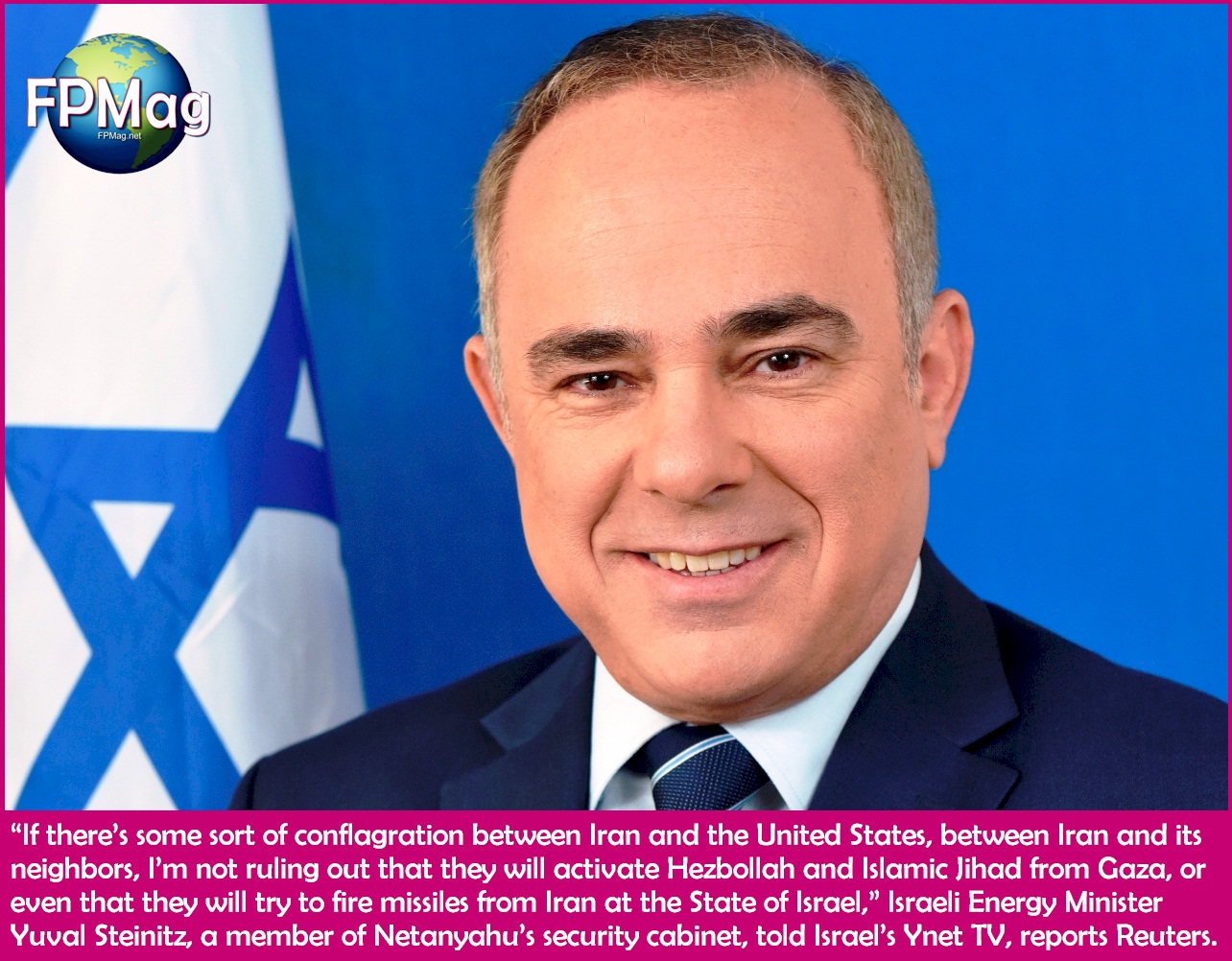 The Photo and its story: “If there’s some sort of conflagration between Iran and the United States, between Iran and its neighbors, I’m not ruling out that they will activate Hezbollah and Islamic Jihad from Gaza, or even that they will try to fire missiles from Iran at the State of Israel,” Israeli Energy Minister Yuval Steinitz, a member of Netanyahu’s security cabinet, told Israel’s Ynet TV, reports Reuters.

Mr. John Bolton, The National Security Advisor to the United States President has spoken strongly in recent months against the antics of the Iranian government. For as long as he continues to direct his attacks against the government and not the people of Iran, he deserves a world of support. 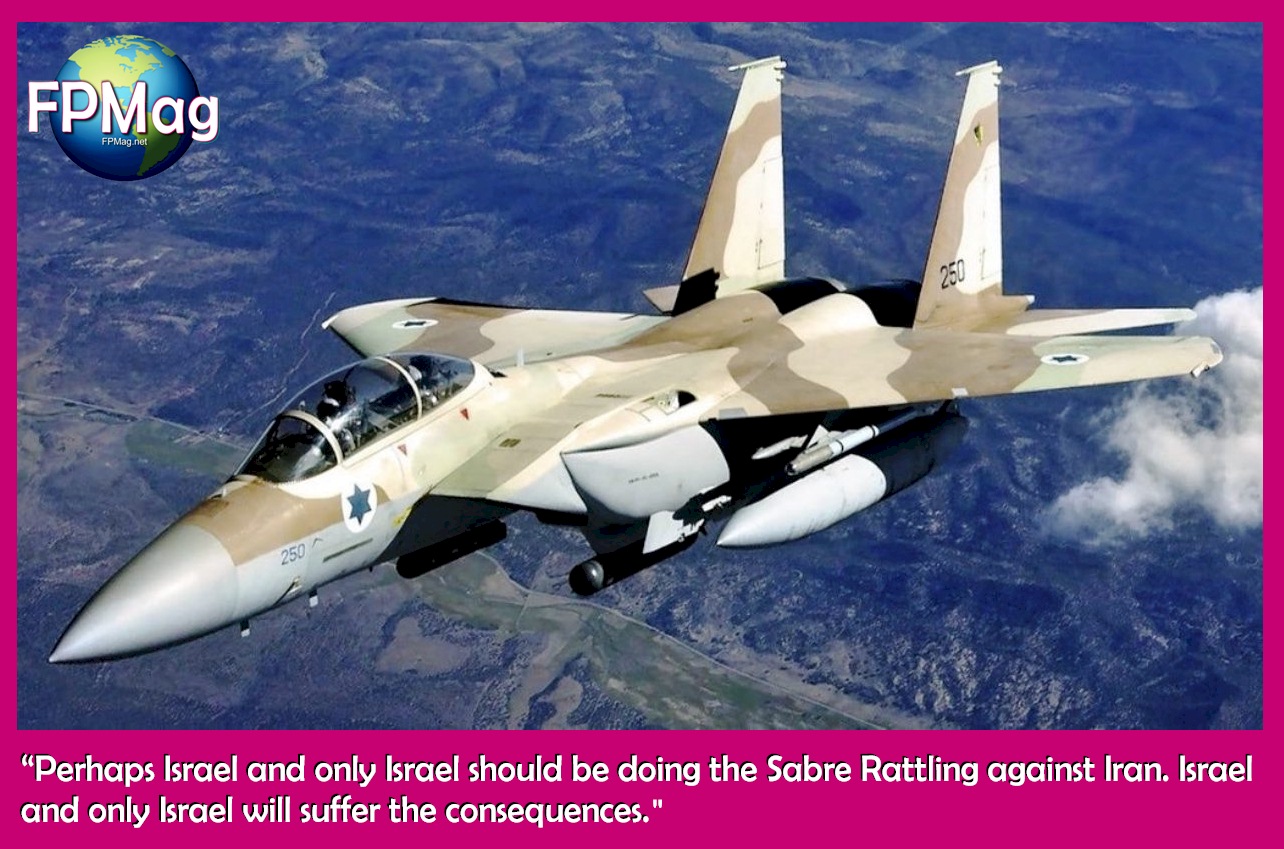 The Photo and its story: Perhaps Israel and only Israel should be doing the Sabre Rattling against Iran. Israel and only Israel will suffer the consequences. The Trump White House is inclined to talk hard and look like a Jackass when the world discovers it actually has no plan. Israel is inclined to talk softly and use a big stick when sticks are called for.

Mr. Bolton has announced that the USS Abraham Lincoln Carrier Strike Group and a bomber task force has been sent to the U.S. Central Command region basically to intimidate Iran to such an extent it stops its preparations to fight a war against Israel from Syria.

At any given time. Iran is able to take over the government of Syria from Bashar al-Assad in about ten minutes. That is how much control Iranian operatives have in Damascus. Iran has insidiously infiltrated the Syrian government in the past ten years such that if it does not fill each seat of the executive branch of Assad’s government, it controls the person in the seat it does not fill.

Iran has installed over 100,000 Iranian first-line troops or highly trained militia groups in Syria and they are busily preparing for war against Israel.

“We’re ready for the decisive war that will bring about Israel’s disappearance from the earth. Our young airmen are prepared for the day when Israel will be destroyed,” Brig. Gen. Aziz Nasirzadeh said to Iranian news media.

There is no doubt that Mr. Bolton has the tenacity to carry out a military plan to shut down the murderous thugs in Tehran. But he works for Donald Trump who has no balls. Trump talks through his ass and it is only gas.

Bolton is a good man. Perhaps he can help President Benjamin Netanyahu who may well be as strong a president as was Menachem Begin.

Mr. Begin believed the French designed reactor would be used to make a nuclear bomb intended for Israel’s destruction.

Watch the archive video below which depicts how decisively in the past Israel has dealt with nuclear threats. The next time might have a bigger bang than what was heard around the world in 1981.

If one observes that a person or persons is using lethal force to abuse another person, especially women and children, and very specifically that means one must be observing the person committing the crime or doing similar acts contiguous to the first crime that display intent to repeat that same crime against a different victim, then one is authorized by extension of the self-defence rule, to act in favour of the victim using a force commensurate with the force used against the victim.

Here are some suggestions where this may apply:

There is no doubt that Iran is Owed a Bloody Nose.

It may be much worse than a poke in the schnoz that Iran’s government deserves but that should come from Iran’s people.

One might frown thinking about the thousands of worthwhile pitchforks that could be purchased in lieu of the cost of sailing a carrier group that’s going to do nothing anyway. Those pitchforks could have armed a huge revolt by people who would only need a free pitchfork as an incentive to get the job done.

Iran has installed over 100,000 Iranian first-line troops or highly trained militia groups in Syria and they are busily preparing for war against Israel.

If Israel were to decide to put a nuclear bomb on Tehran as a preemptive strike, Iran has already given it ’cause of action’. That the public around the world  don’t realize this, it matters not. As Minister Steinitz clearly spells out, Israel is aware of the threat and is poised for action.

In the long run it would be better to leave Iran to Israel instead of doing benign actions that only ruffle feathers.

What else has been said recently about Iran attacking and destroying Israel.