My body, my choice? The fight for safety of women and children.

“My body, my important choice  for coitus and contraception,” because once a baby exists, she is a mother with another body in her care.

Women have the choice to make wise decisions about their body. Coitus is one example. Contraception is another. Abortion is not a method of contraception although many try to abuse this otherwise legitimate medical procedure which is intended only for emergencies when a medical practitioner has a critical decision to make, saving the lives that can be saved. (Very often that decision is prejudicial to the unborn child. Make wise decisions about coitus and contraception.)

Women must also make wise decisions for their baby’s body and baby’s health and safety once she becomes a mother.

Regardless of what a woman chooses for her life, her community (society) will determine regulations on what a person may and may not do to another person’s body. Preventing murder is high on the list of important regulations.

Criminalizing the medical procedure of induced abortion is a bad decision and should only be made in dire circumstances like the case of US State of Alabama which has legislators who seem to feel the State has an out-of-control quackery performing backroom abortions it wants to prosecute. Alabama created a law that allows those prosecutions. In Alabama the debate over abortion came around to demanding the right to do dismemberment abortions in late term. This polarized the issue.

“That’s insanity. That is murder,” says Michele Francis who has been delivering babies in a Catholic hospital in Venezuela these past eighteen months.

But normally, governments should not be passing laws relating to induced abortion because a politician cannot predict the number of dire circumstances medical teams encounter. Politicians are trying to make  foolish-sounding lists of exceptions but life itself gets in the way.

Talk rhetorically all you want in Alabama or anywhere, but when a case becomes a real world situation, patients and doctors are alone under a vow of confidentiality. Trained and licensed medical practitioners say nothing while doing what medical procedure must be done.  They are compelled by law to save the lives of those patients they can save. Not doing so is a violation of the hippocratic oath and telling a patient they have a particular problem then refusing to act on that is  a form of torture among other things (A.HRC.22.53_English).

Hence the people in Argentina making their voices heard in the streets are serving society well even though the narrative makes no sense. The only choices that matter for most of those people are those about coitus and contraception.

Women make a mistake carrying signs that say “My body, my choice” when their narrative is not about their body but about a child’s body.

“My body, my choice” makes sense when applied to coitus or contraceptives and profilaxis.

In 2019, the schools should be filled with students who know better.

Medical science has come a long way since six decades ago when these slogans came into being.

Induced abortion is a medical procedure decided by patient & doctor.

The human body is not quite perfect. Life is not perfect.  Some times medical practitioners need to intervene in the reproductive process. Get out of the way of their invaluable work.

For each unique medical circumstance, leave medical decisions to the patient and her doctor is the advice of doctors and nurses of The RINJ Foundation, a global civil society women’s group based in Canada but operating mostly in developing nations.

Contraception is the important issue, not abortion. The time for the family of no more than two children has come.

The decision to bring a child into one’s family is seriously complicated by some crucial factors. In some countries, one more child means one more hungry child whose life is under constant threat. People living in rich countries may not comprehend this but according to the World Food Aid Foundation:

“Some 795 million people in the world do not have enough food to lead a healthy active life. That’s about one in nine people on earth. The vast majority of the world’s hungry people live in developing countries, where 12.9 percent of the population is undernourished.”

Today the world population is too high and growing too rapidly to comfortably feed everyone hence many are dying of starvation. The global average total fertility rate needs to be around 2.1 say many planners.

Depending on whose estimate is used, human overpopulation may or may not have already exceeded. Starvation is a problem impacting a growing number of large population groups.

The psychological impact of overpopulation are plentiful but the most notable today are the proclivity for war; the despicable slaughter of minorities; and the drastically reduced value of human life which has accelerated the pro-abortion movement. Nevertheless, family planning and contraception are the things the world needs to relearn. Talk contraception not abortion. Learn to love life, not death.

According to The World Health Organization:

“Total fertility rate (TFR) in simple terms refers to total number of children born or likely to be born to a woman in her life time if she were subject to the prevailing rate of age-specific fertility in the population. TFR of about 2.1 children per woman is called Replacement-level fertility (UN, Population Division). This value represents the average number of children a woman would need to have to reproduce herself by bearing a daughter who survives to childbearing age. If replacement level fertility is sustained over a sufficiently long period, each generation will exactly replace itself without any need for the country to balance the population by international migration.” 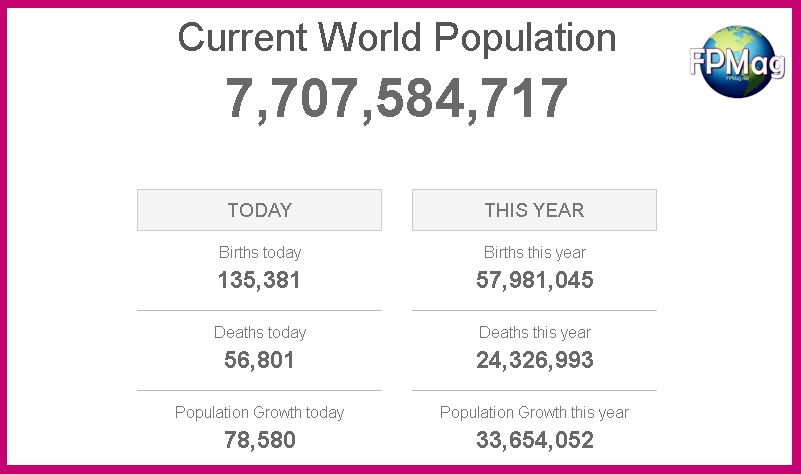 Some women activists deliberately create confusion carrying signs that say “My body, my choice” when their narrative is not about their body but about a child’s body. They propose abortion as a quasi-afterthought contraception very late in the pregnancy. Proper contraceptive choices in the first place would yield better family planning results.

In the 21st century, there is no doubt that life begins as a newly fertilised ovum (Zygote) implants in the uterus wall. From that point, a woman’s body makes decisions about continuing the pregnancy based on a genetically imprinted algorithm that even looks at chromosome matching. 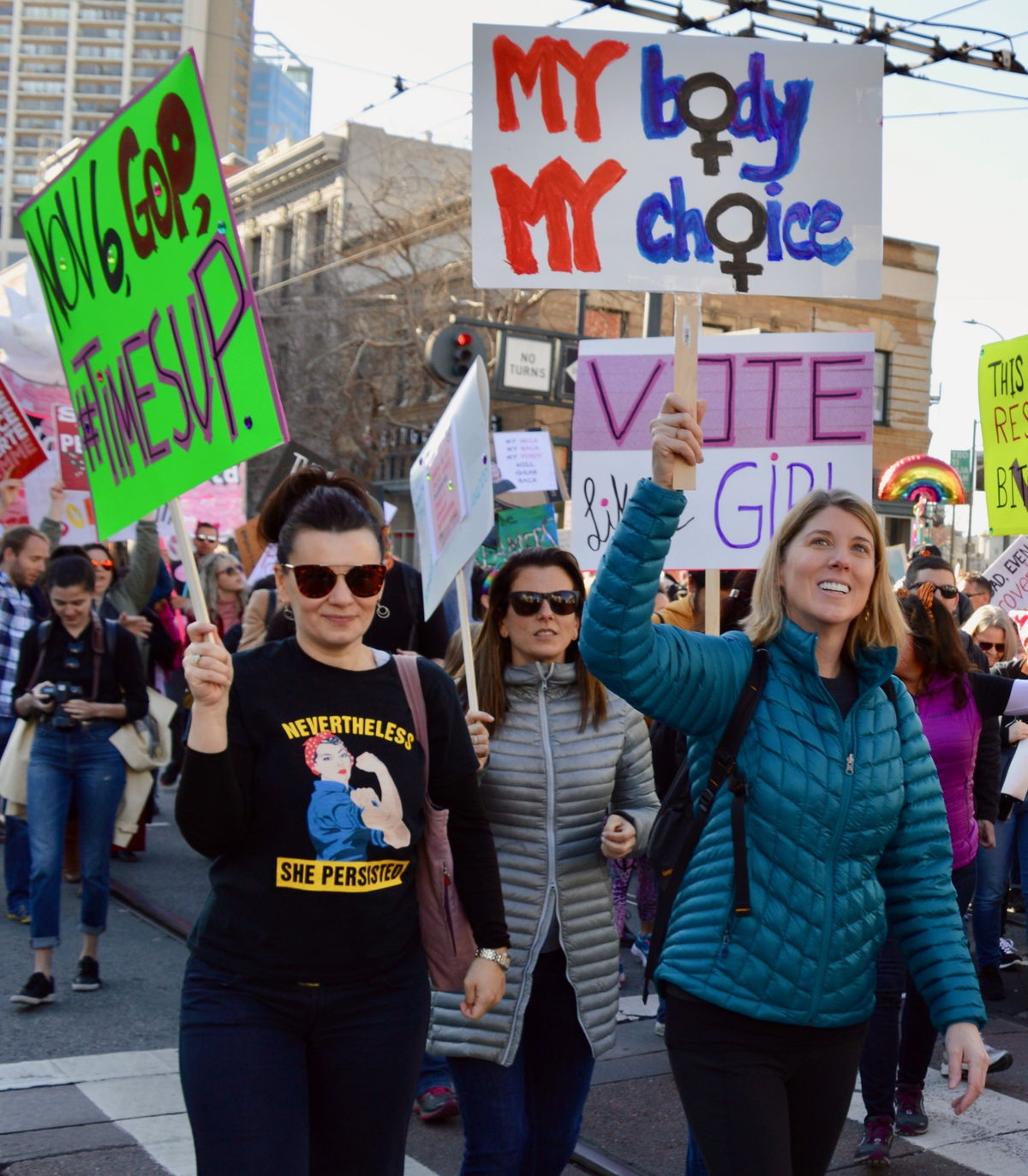 My Body My Choice? Some women make a mistake carrying signs that say “My body, my choice” when their narrative is not about their body but about a child’s body. Photo Credit: Lev Lazinskiy from San Francisco, USA

The Argentina debate over decriminalizing abortion is complicated by faulty arguments which induce the perceived need for people to discuss morality.

The slogans suggest people in the streets have a wrong-minded idea of womanhood and the right ideas about removing government intervention.

“OMG I am pregnant I better kill it,” sounds like the antithesis to being a woman, doesn’t it?

“My body my decision the signs say,” but the decisions women make about their body could lead  to bearing a child and the responsibility for the body of another human being. Society is inclined to decide what anyone may do to another person.

Somewhere around 1.2 billion Catholics and 1.8 billion Muslims in the world say “thou shalt not kill”. Somehow though, killing has become too common. Women are in the streets chanting for the right to do that to their unborn babies.

Killing someone else’s body is not going to work out in the long run
… better we all fight for the safety of all women and all children around the world. 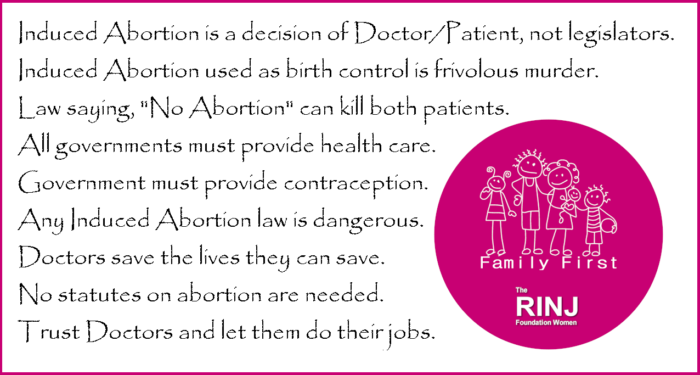 Induced abortion is a decision of Doctor/Patient. Using abortion as a form of birth control is murder. Violators may end up in prison in some countries.

The article " My body, my choice? The fight for safety of women and children. " was written by Author: Behar Abbasi (Biography, Email) Staff writer and FPMag correspondent for Yemen, Syria and Iraq. She is also a Registered Surgical Nurse.
Contact Behar Abbasi on Twitter ~ Facebook