Mauritius owns the Chagos Islands and the International Court Gave Them Back to Mauritius but Theresa May and Donald Trump defied that Court order hence Mauritius brought the matter to the UN. The vote gives America and Britain the boot and gives the islanders back their homes.

193 Countries of the UN assembly will vote later today on a draft resolution that welcomes the Court’s position and insists Britain withdraw from the Chagos in six months. One of the islands is Diego Garcia upon which Britain allowed America to install since 1965 a huge nuclear bomber air base with which it has planned to threaten China. 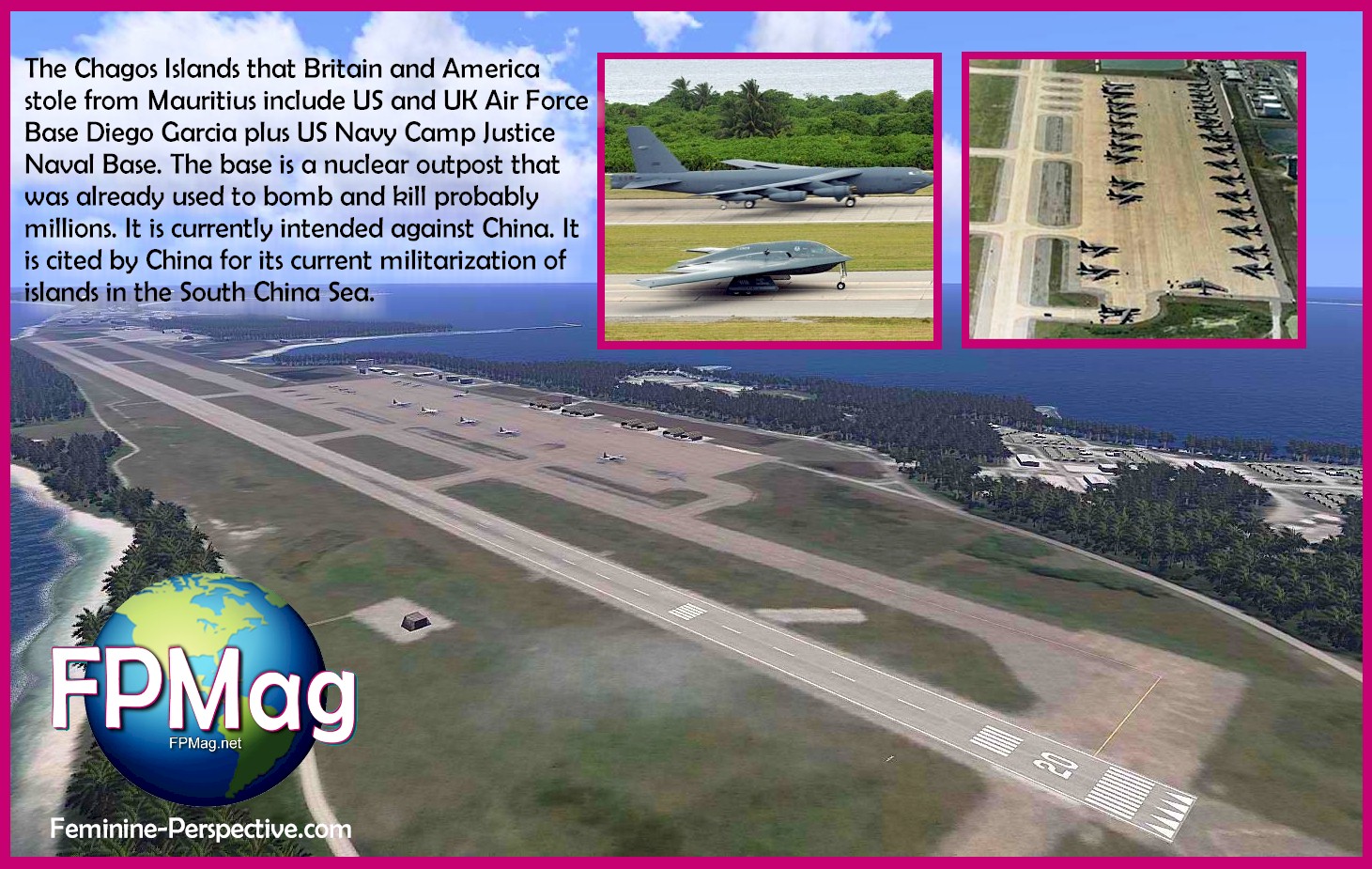 The photo and its story: The Chagos Islands that Britain and America stole from Mauritius include US and UK Air Force Base Diego Garcia plus US Navy Camp Justice Naval Base. The base is a nuclear outpost that was already used to bomb and kill probably millions. It is currently intended against China. It is cited by China for its current militarization of islands in the South China Sea.

Usurpers of Mauritius must leave Chagos Islands USA/UK stole from Mauritius. You abused them for wrongful purpose, nuclear bombers against China.

The island was a dependency of Mauritius until the United Kingdom arbitrarily detached it  in 1965. Between 1968 and 1973, U.K. authorities commit one of the most extraordinary human rights violations in the 20th century by literally removing the CHagos Island populations. 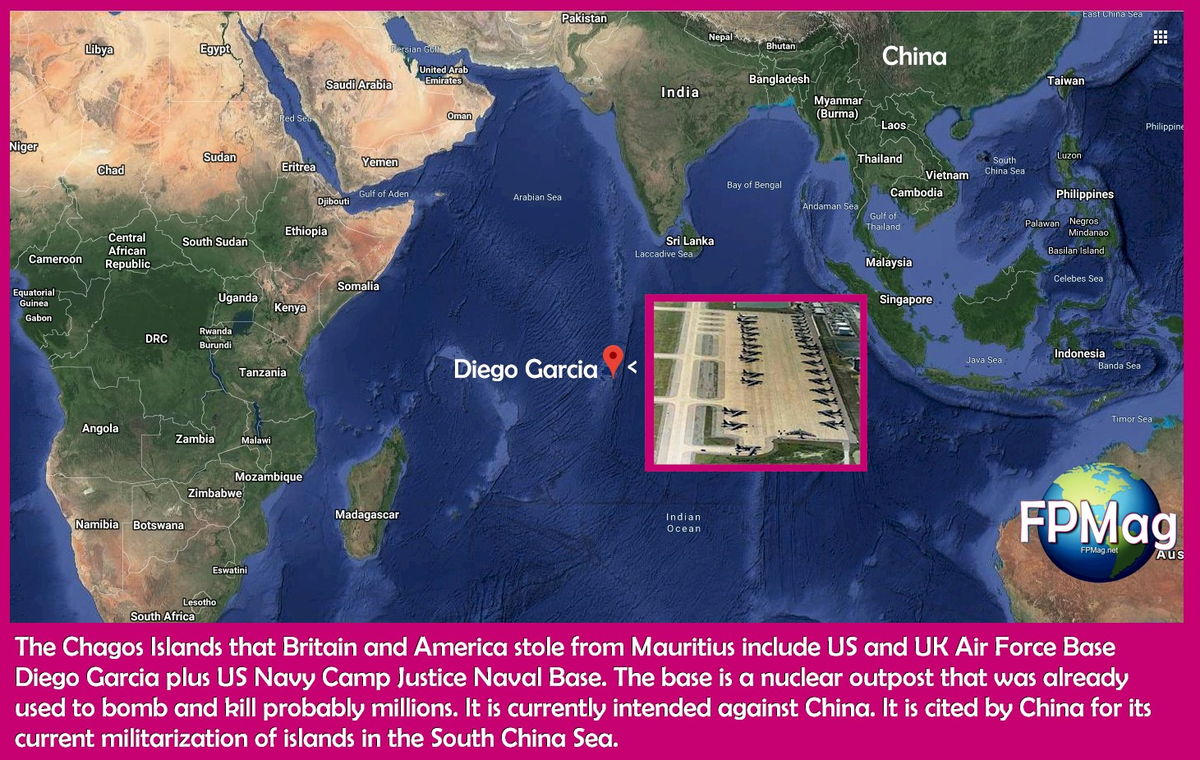 The case of Diego Garcia, the largest of the Chagos Islands has been cited by China as precedent to its occupation of self-built man-made islands in the South China Sea and The West Philippines Sea.

The current evaluation of UN member intent is to vote in favour of Mauritius which has been mauled by the Britain and the United States since the mid-1960s.