The American Secretary of State within the Administration of the 45th American President, Donald Trump, the former host of a sensational American television show called the “Apprentice”, has declared America the leader of the world, and above international law.

That’s unfortunate because Trump and his crew are the most reprehensible misogynistic old farts to ever steal your money. Now they claim to run the world. Rally all women and daughters. The fight of a lifetime is on. 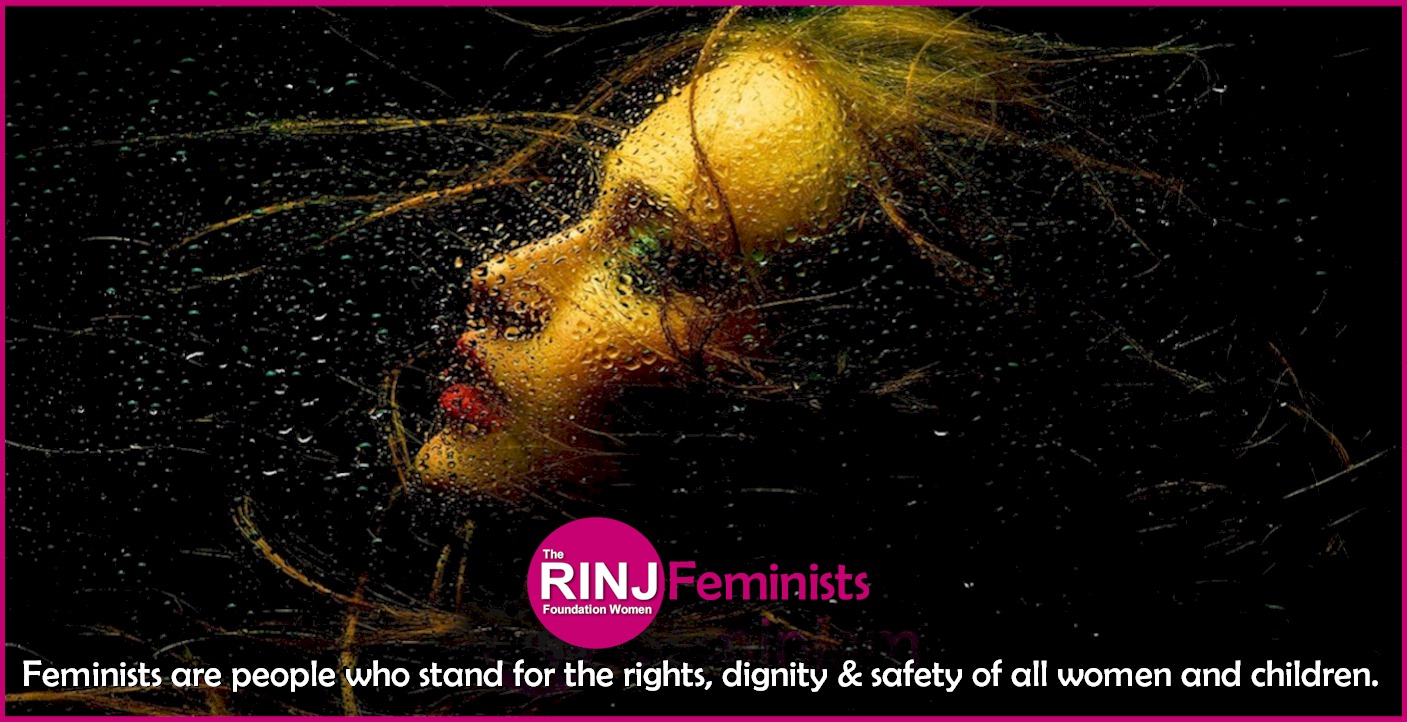 Feminists are people who stand for the rights, dignity & safety of all women and children.
Photo Art: Rosa Yamamoto, Feminine-Perspective Magazine

“I’m announcing a policy of US visa restrictions on those individuals directly responsible for any ICC investigation of US personnel,” said the US Secretary of State last week.

Translation: That would be American soldiers who became rapists and torturers.

“If you’re responsible for the proposed ICC investigation of US personnel in connection with the situation in Afghanistan you should not assume that you still have, or will get, a visa or that you will permitted to enter the United States.”

Translation:  We are going to protect rapists and torturers.

“We’re prepared to take additional steps, including economic sanctions, if the ICC does not change its course,” says Pompeo.

Hope of Millions of Women for Justice Came from The ICC

Today, after the reprehensible display of egomania of the fat guy with the swollen head sunk in around the world, there is no hope. People will take justice into their own hands and a self-fulfilling prophecy will come true.

What this very ill Trump administration has done proudly it seems, is launched another phase of its anarchy and hate campaign much as Adolf Hitler once did. This same hatred has permeated every aspect of life around the globe and built a halo on white supremacy. The manifesto of the Christchurch white-supremacy anarchist is an ode to Donald Trump and his millions of followers. Everything that happens after this month, will be tainted with suspicion that the White House is the root of all evil.

The Rule of Law is Vanishing and Anarchy is Taking Over

Since Donald Trump came into office, the rule of law has vanished. Politicians murder, lie, cheat and steal–then claim impunity.
President Trump made 8,158 false or misleading claims in his first two years in office, claims the Washington Post. That works out to 15 falsehoods per day.

Women are in so much jeopardy, their numbers are declining.

Women’s right to freedom, equality and safety is hampered anew by not just traditional despots and religious extremists but by America. A belligerent patriarch in Washington DC has denied women’s reproductive health & human rights and ended its nation-state human rights analysis of maternal mortality & failed contraception needs around the world.

In Washington DC, who cares? Let’s find out. There’s an election coming. How do we get rid of the dangerous gang of misfits Trump has brought to power.