There are many stories circulating about Venezuela. The one that rings truest is that Venezuela needs to be rebuilt from the ground up. It is not a plum for the picking, it is a logistical and security nightmare. 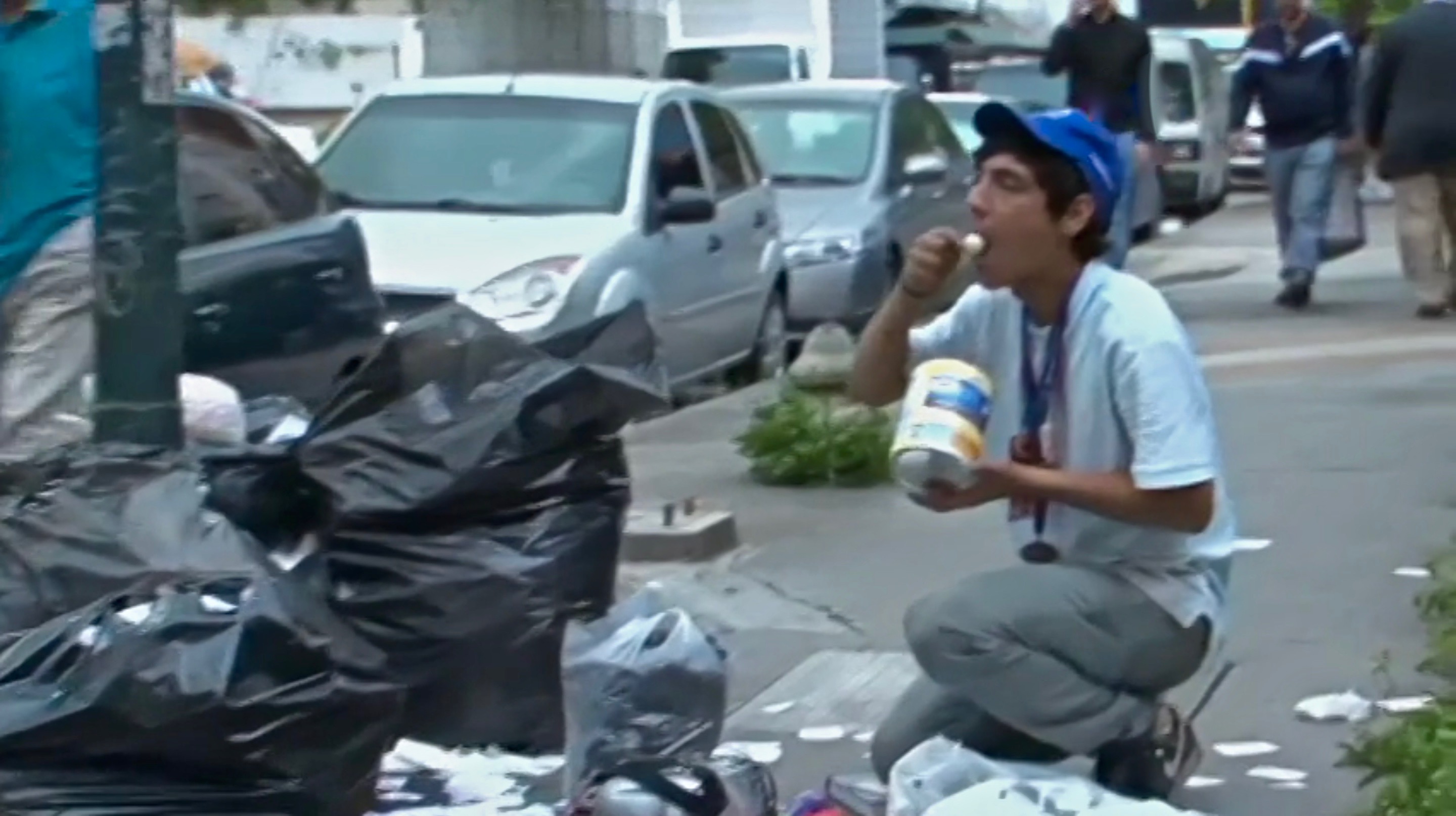 In late February, Jeffret D. Sachs  and Franscisco Rodrigez wrote in Project Syndicate, How to Avoid a War in Venezuela.

Hopefully their advise will be taken.

The Maduro regime is authoritarian, militarized, and ready to kill civilians to maintain power. The society is bitterly divided between the revolutionaries inspired by Hugo Chávez, Maduro’s predecessor, and a large and aggrieved opposition. Each side despises the other. The question is therefore a complex and practical one: what to do to help guide Venezuela away from civil war and toward a peaceful and democratic future?

On this great challenge, US President Donald Trump’s administration has gravely miscalculated. When the United States chose to recognize Guaidó as Venezuela’s president – along with a group of Latin American countries – and ban oil trade with the Maduro government, it was betting that the pressure would be sufficient to topple the regime. As a former senior US official told the Wall Street Journal, “they thought it was a 24-hour operation.”

Russia continues to blitz the world through social media and TV with the idea that the United States is aiming for regime change in Venezuela because it wants to tap into that country’s enormous oil reserves.

Now China has jumped on the bandwagon claiming that the failure of the electrical power grid in Venezuela is caused by the United  States hacking into the power grid and turning it off. This, from the country that has a rover on the dark side of the moon and a company that leads the world in modern wireless communications.

It is categorically clear that the United States and its allies are wrong about the Chinese government spending too much time talking to and influencing or being influenced by its industries’ chief scientists and technologists. The same satellite imagery of brush fires available to FPMag and grade six students around the world should also be available to the Chinese government. Recent outbursts imply that Chinese officials are not so advanced. 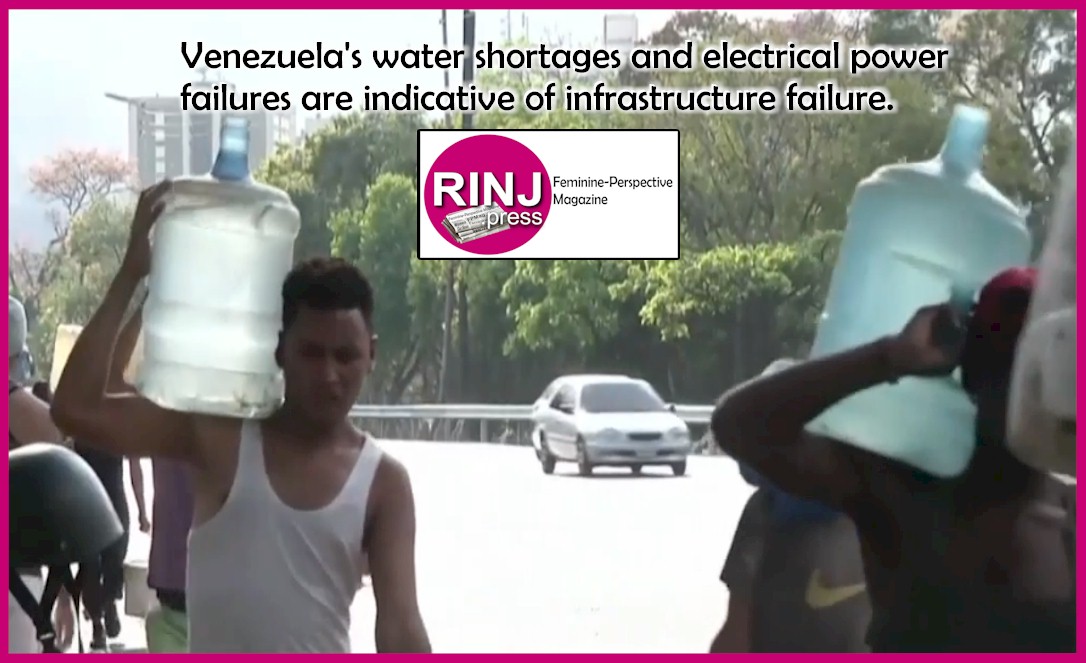 It’s not about oil. But the opportunity Venezuela has for energy is many days of sunlight from which to derive clean energy. Venezuela is one of the sunniest places on Earth with over 2,600 hours of sun each year and more than 300 days of sunshine. Venezuela has two seasons, rainy and dry. But it always has a lot of sun each of 300 days.

Oil is killing the Earth, hence oil in the future has less value than ever before. Sun and wind in Venezuela can be harnessed for greater future riches than oil can ever deliver in the coming decades.

Innovation in the realm of clean energy and environmental damage reversal could be a niche for Venezuela with its plentiful rain forests in the Amazon basin. But innovation has been dead since poverty, starvation and lack of medical care set in years ago. 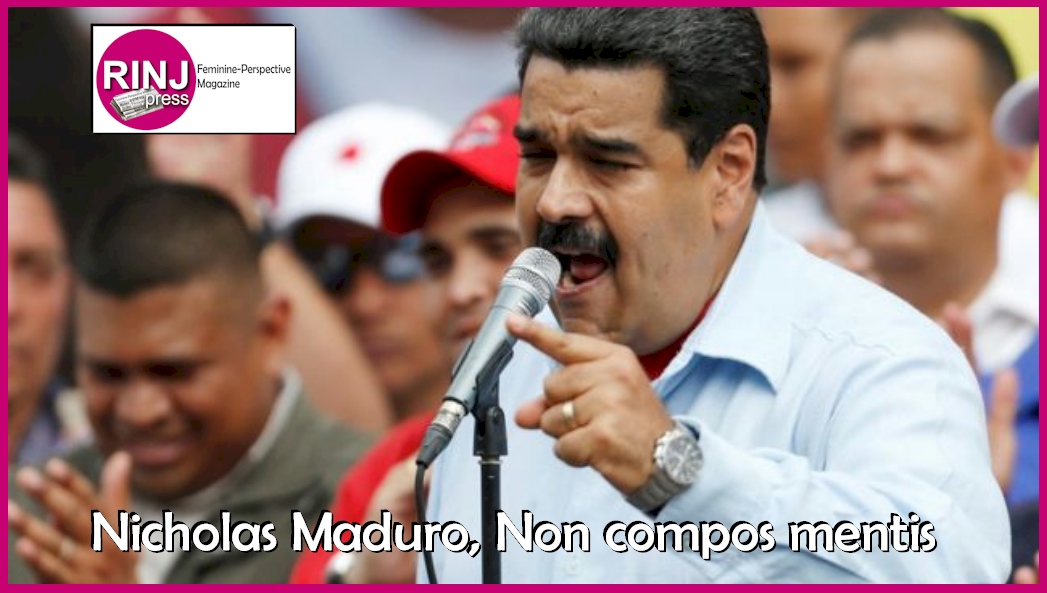 The man who controls the military, former President Nicolás Maduro, and now the leader of a military junta government, does so because he has engaged the military’s General Staff in highly profitable criminal activities in exchange for the military and para-military apparatus of the Venezuelan state.

For at least a decade even before he was vice president under Hugo Rafael Chávez Frías and as Chávez’s appointed replacement since 2013 when Chávez died from cancer, Maduro has been a corrupt and brutally violent politician. 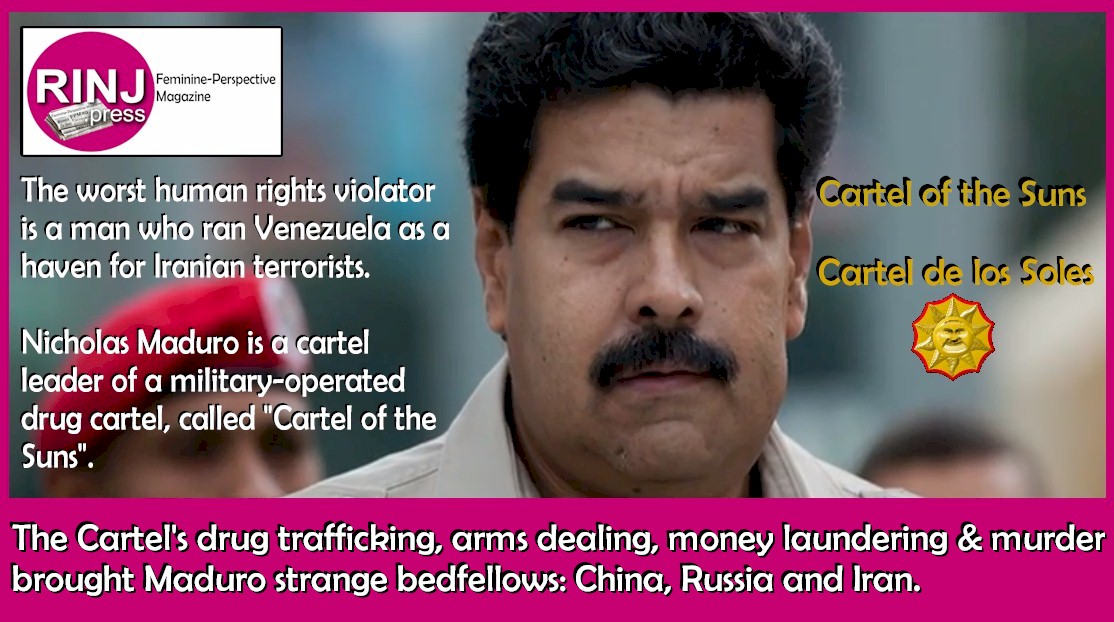 The Cartel of the Suns run by Nicolás Maduro is a leading South American drug trafficking, arms dealing, money laundering & murder syndicate. This brought to Maduro some strange bedfellows: China, Russia and Iran.

“There are groups of criminals operating the Cartel of the Suns within the branches of the Armed Forces of Venezuela such as the Venezuelan Army, Venezuelan Navy and Venezuelan National Guard; from the lowest to the highest levels of personnel,” notes a seasoned Wikipedia Editor.

Nicholas Casey writes in The New York Times, “‘It Is Unspeakable’: How Maduro Used Cuban Doctors to Coerce Venezuela Voters”.

What is also unspeakable is how Maduro’s soldiers would steal shipments of medicines, blankets, food and clothing for hording and resale on their self-created Black Market.

They would try to rob and rape nurses and doctors and run off with clinic supplies, says Michele Francis, a nurse with The RINJ Foundation who was leading a team working to deliver donated materials and to help a handful of Filipino domestic and medical workers escape from Venezuela. This began at a time after late 2014 when the families of Maduro’s criminal henchmen were leaving for their lavish hideaways and hefty bank accounts in other countries.

“There was oxygen, but they didn’t let me use it,” said Dr. Arias, who defected from the Cuban government’s medical program late last year and now lives in Chile. “We had to leave it for the election.”

To maintain their hold over Venezuela, Mr. Maduro and his supporters have often used the nation’s economic collapse to their advantage, dangling food before hungry voters, promising extra subsidies if he won, and demanding that people present identification cards tied to government rations when they came to the polls.

Venezuelans have been without reliable medical care and supplies for years.

“We had a lot of help in Colombia getting shipments to where we could hike or drive across a border. The meds that would be donated to us were overstocks of generics and near or past-expiry branded products which in fact were very effective medications if well-stored and cared for. Most are sealed from the humidity in sheets of ten or twenty units in tear off shrink-wrapped or bubble-wrapped tablets or capsules. Very little medication was in bottles.

“Our biggest problem was the government soldiers and the men working with them. They were criminals traveling for their own wrongful purposes. I remember on one occasion our guides were ahead of us clearing an area for tents when some mercenaries or militia overtook us from behind and I noticed two of seven were wearing sweaters and pants that were stolen donations from one of our previous trips. I could tell by the labels and the recognizable imperfection in the stitching of a brand name that resulted in those being donated to us.” She laughed.

“Those morons pushed us around a bit but in searching our bags they realized they had come into some valuable goods which they promptly loaded up on their shoulders. They were particularly excited to grab 7,000 or so Catapres pills and skin patches which is a heart medication also sold on the black market for other purposes.

“They had run into us in a hurry and they left us with nothing, in a hurry, but overloaded. They stole everything including personal bags without even looking through them. It happened so fast, there had only been one loud argument when a young nurse screamed and fought to keep her duffel bag. Her high-pitched voice carried in the approaching dusk. The security team was alerted.

“All of our property was returned and stored in the first three tents the security women and men had thrown up quickly. We asked the team leader what had happened, as there was no sign of the intruders, and she said they got lost and fell off the cliff into the river.”

‘That’s how things went for a long time in Venezuela’, says “Vertigo”, the nickname of one of the security guards and traveling guides. Vertigo reminisced that  after the rats started to bail out of the country with money, gold and heirlooms, the country was simultaneously thrown into total anarchy and chaos. That began almost five years ago, notes the security professional. Many of the army’s general staff have families living in fancy homes around the world, and are the recipients of shipments of cash and gold which they store for the day when the criminals finally flee.

Several countries around the world have been tracking some of the felons and even imposed sanctions as did Panama, Canada and the United States. Numbered accounts with hundreds of millions of dollars in gold or in American cash are rumoured to be all over the world.

According to Vertigo, who doesn’t want to be more specifically identified, three brush fires in the area of dilapidated, poorly maintained primary transmission towers put the entire country into darkness, without electricity.

“There is nothing sinister about this in the way Maduro claims,” the private security operative said in Spanish, “except that Maduro and his corrupt administration mismanaged the country, ran it into the ground hard and fast,  while ‘cleaning out the cupboards’ and hording away all they could steal.”

The Zuloaga group claims that Venezuela’s domestic consumption demands for electricity exceed the amount available by at least 1,000 megawatts.

Despite what Maduro is claiming, the ancient system controls of the Venezuelan power grid are offline, not remotely accessible and operate on a non-routable local area network.

The recent power blackouts are attributed to a fairly common occurrence in  Venezuela, seasonal brush fires that occur in the wilderness near 20-30 meter (65-100 ft.) tall power transmission towers that are typically not maintained and thus overgrown with vines and trees. Three such brush fires have been spotted in satellite imagery taken around the time of the initial blackout last Thursday.

Reportedly the the San Geronimo B substation in the center of the country, which supplies electricity from the the Guri hydropower plant, was shut down following a line event wherein high tension lines were grounded somewhere in the system, destroying a series of transformers and switches for a great distance before the station shut down the power. Venezuela does not maintain daily power line patrols looking for ‘hotspots’ in need of repair, hence this could be difficult to remedy. Contracts for regular power line surveillance and ground crews have been let to corrupt connections of the government, mostly in the military, but the work is not being done.

Backup substations, serving energy from small  thermal and hydro plants are trying to fill some gaps but are overloaded. The Matagua hydro plant, operated since Sunday.

Despite the last major electricity crisis in Venezuela in February 2010, the newspaper El Nacional reported 10,647 failures in the SEN (National Electric System) between January and June 2013. Those failures are commonplace.