CBC is not helping when it gives Harper-era Badassador a microphone to politicize sports and canola stem rot in Canada and threaten China with more, C a n o l a   F u n g u s.

Canadian canola crops have in the past suffered as high as 90% infestation with sclerotinia sclerotiorum (stem rot) says the Canola Council of Canada. China is likely telling the truth about why it stopped buying Canada’s stem-rotting canola.

The Country that Kidnapped a Princess wants to Attack The Athletes Practicing for the Winter Games. If you pay attention from Asia to the CBC you might think that.

Donald Trump is the guy who with the help of eleven now-indicted criminals won the US presidential election in 2016. He did that with some extra help from a Russian Troll Farm whose fees were apparently paid by the Kremlin.

Donald Trump is also the guy who wanted Canada to kidnap Sabrina Meng an executive women of Huawei technologies enroute from Beijing to Mexico. Her connecting flight was in Vancouver as is often the case for flights across the Pacific, until last December. 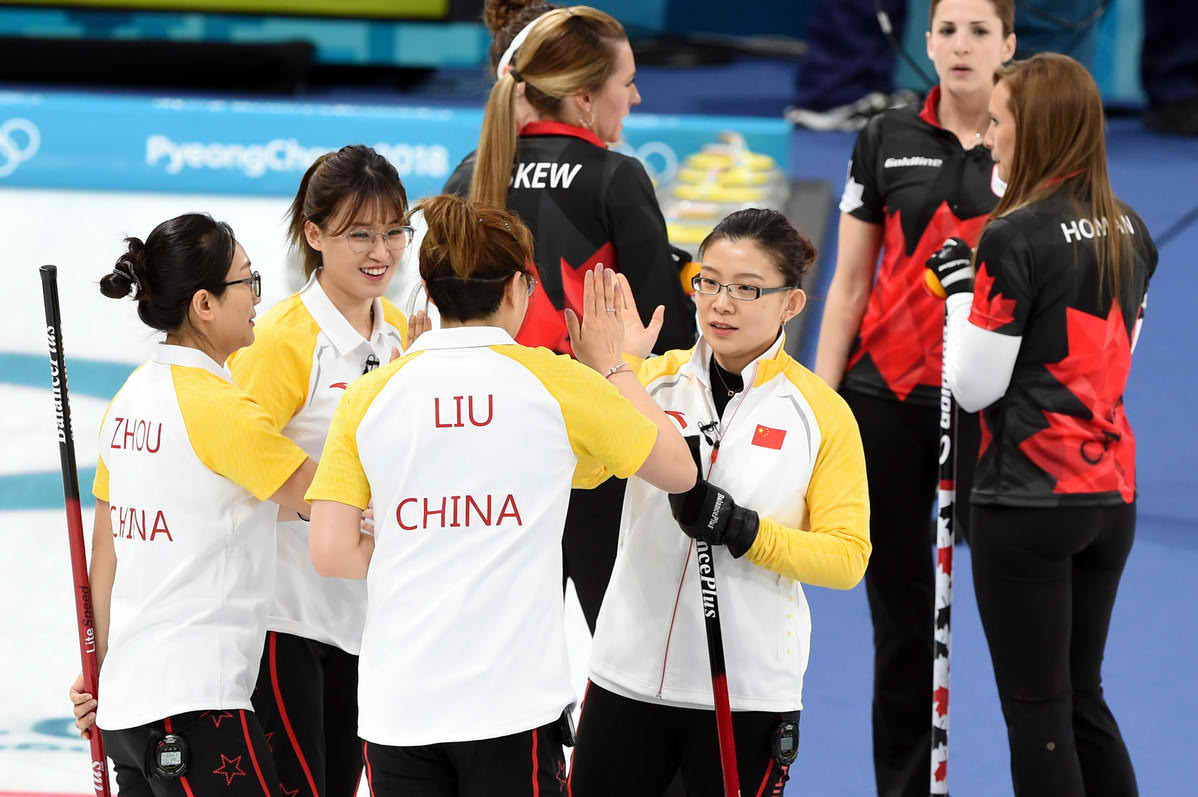 Let’s Politicize Athletics and Send Female Athletes home says geriatric Harper-Era Badassador on CBC. They are Women and they are Chinese. They can’t fight back. (OMG Maybe Canada said that about Meng Wanzhou too?) 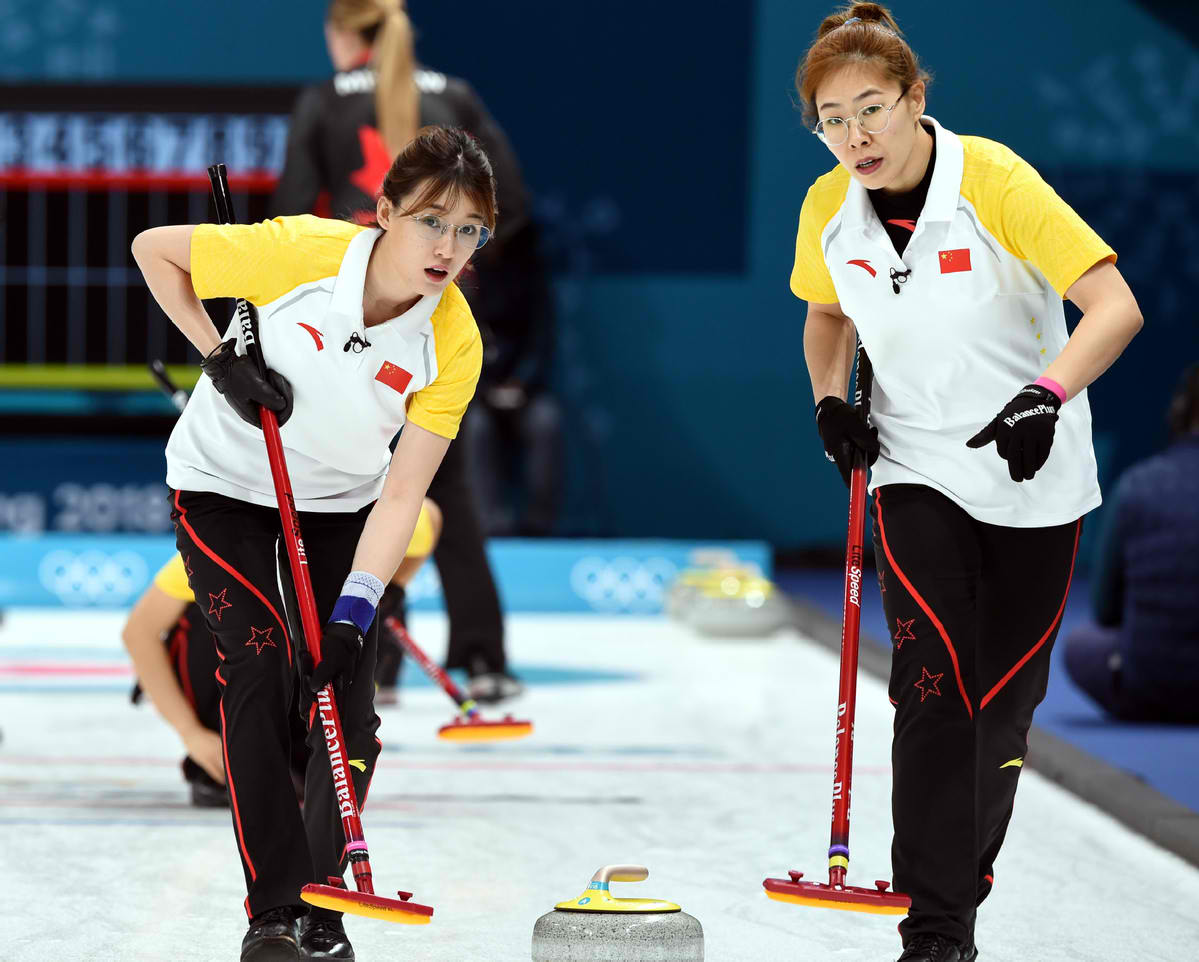 The CBC is a Crown Corporation state-run news agency for all intent and purposes say many Chinese. That’s how it looks. Try being a Canadian in Beijing trying to explain that it isn’t that way, it just looks that way.

The Badassador was appointed in 2012 by the Harper government which was the epitome of misogyny. Now he wants to send home China’s daughter athletes.

What white gloves? On Saturday the CBC said the Badassador wants to punish China by sending home its athletes who are training in Canada, mostly women, who will compete in the Beijing Winter Olympics 2022. Currently there are athletes in Calgary learning how to be better curlers.

Use of sport as a means to influence diplomatic, social, and political relations has normally been reserved for wars but yes, it is a Harper-era throwback we are listening to.

Because old misogynistic men who are resigned to their diabetes and hypertensive heart disease don’t care about much of anything except getting even, they often start wars. Maybe they need to make up for the fact they don’t get hard any more or don’t care about getting hard anymore and thus need to show their manliness another way? Let’s start a war with China?

The world is very close to a World War III Anyway

Donald Trump, the old misogynistic dog, is throwing belligerence around like it was snow in a snowball fight. Except Trump would not know what a snowball fight is at Mar-a-Lago, eh?

So the CBC and the Badassador want to punish the 1.4 billion people of China by complaining to the United Nations Security Council of which China is a permanent member and has the power of veto. Canada is not a member and rarely has been a temporary member. Could we also make a point of complaining about something important like the fact that “real cranberry juice” these days is made from apple and berry concentrate and not real cranberries?

But Canada does not have the colour of right sending female athletes home.

China didn’t do anything wrong to Canada except that it raised the bar on its standards because Canada is not acting like a friend.

Do Canadians need to realize that so many years of the Harper government have ruined Ottawa and the way it thinks? The city had been intellectually bankrupt for a dogs age. Putting two smart young guys like Justin Trudeau and Gerald Michael Butts into the PMO and hoping they could clean up the Harper mess is sort of like trying to teach the plays of the 1984-85 Edmonton Oilers to Mike Meyers’ Dr. Evil.

China decided that the fools who have been spying on the country and selling what they can glean from former special relationships as unregistered NGOs will not be deported, they will be arrested. Oddly that applies to a small few because the number of arrests of Canadians in China is actually down in the recent past. Nevertheless, spies caught in China are delivered a horrible end. Don’t get caught spying on China, not even a little bit.

Instead of threatening hell fire and brimstone, Canada would be better off telling the truth. Once a Canadian hoser gets drunk on beer, any beer,  the hoser needs badly to piss. He was looking for the Kybo (yes, truly  that humble wooden release facility elemental to our camping memories, can be a little terrifying) and didn’t mean to drop the K-bomb which is not a bomb at all but an unpleasantness thrown out when one must pee and can’t get directions to the Kybo (out house).

“Bugs in the Canola,” says China. The country raised the bar and stopped buying from Canada. The fungus Sclerotinia sclerotiorum occurs in all the canola growing areas of Canada, causing stem rot, which is one of the most destructive diseases of canola. It’s a problem Canada endures. China decided not to endure after a bad year.

Canada’s Stupid War with China is Because the devil made me do it?

Canada joined the Trump war against China.  It was either that or lose the United States as a trading partner. Sorry China. That would cost Canada something like 85% of its export trade business which in total comprises anywhere from 17% up to 44%  (average yearly about 30%) of Canada’s Gross Domestic Product.

It would be a morbid loss.

But Trump doesn’t care. He has no empathy. Look what Trump has done in Yemen and North Korea with starvation sanctions and bombs dropped on school buses. Millions of children in the DPRK are disabled because of malnutrition. Mr. Trump does not care if Canada lives or dies. He doesn’t care if puppies live or die. He said so.

How could a woman be enthralled with its government bowing to the misogynistic kidnapping wet dreams of such a bastard? Nobody with any intellectual honesty could support such a concept as kidnapping Sabrina Meng for Donald Trump to use as a bargaining chip in a trade dispute. FPMag has raised this point a hundred times or more.

Look at what China Sees and try to Understand

While the Trudeau administration was trying to make political backroom deals to free SNC-Lavalin from the grips of the RCMP, because that’s what politicians do (?), it ignored the political nature of the request for extradition of Meng Wanzhou. (“Do you want the free trade agreement or not? Mexico and the US are willing to go ahead, alone,” said Trump repeatedly.)

Canada’s Prime Minister claimed Canada to be “a rule of law nation” when it comes to Chinese Princesses.  But apparently Canada is an anything-goes nation when it comes to criminal prosecutions of political donors that could cost jobs at an alleged Libyan-scoundrels bribery and corruption purveyor’s shop.

Think for a minute. If that can be said satirically here with back-end truthfulness, imagine how offended the Chinese must be.

Talk of making things worse is not Canadian at all. Mea culpa is more to the point. This needs to be fixed by Canada.