Women leadership is generally better. The tide is turning.

Based on the numbers

It is true that the women leaders whom electors have chosen in recent times are standing out noticeably. Until now, nobody in the world ever really knew who was the leader of New Zealand. Today everyone is talking about Jacinda Ardern.

Uri Friedman  of the Atlantic wrote in April that “the coronavirus pandemic may be the largest test of political leadership the world has ever witnessed. Every leader on the planet is facing the same potential threat. Every leader is reacting differently, in his or her own style. And every leader will be judged by the results.”

The coronavirus pandemic has been an event to test and compare the performance of leaders.

“The science-based leadership strategies of Angela Merkel, Moon Jae-in of South Korea, Xi Jinping of China and Lee Hsien Loong of Singapore have proven to be the first choice of many leaders,” notes computer scientist Fred Harris who has been leading a team researching and reporting daily on the progress of the COVID-19  disease pandemic.

“Donald Trump’s ‘flying circus of comedy’ show of daily briefings almost got the White House burned down from within,” said Harris sarcastically.

“Jair Bolsinaro is proving to be a mass murderer equaling Nicholas Maduro or Rodrigo Duterte (both being the subject of serious human rights complaints and citations); and the corruption of despotic governments is exposed by pandemic mismanagement around the world as having a tragic mortality,” he added.

Each woman leader is outstanding and exceeds the abilities of male leaders in general. Angela Merkel, for example, is often regarded as the leader of the ‘Free World’.

“Women excel when elected to leadership roles. They excel not just by a little, but by a country mile,” Barbara Frum once said.

At a time when caring and sharing from leaders is more important than anything, women seem to have excelled. But it is more than that.

Georgette Tan, President of the Singapore Committee for UN Women, recently commented that even “companies with more women in leadership outperform those who do not, so the male dominance of leadership roles should be concerning. They are beginning to understand why integrating talented women into leadership structures is imperative for sustainable economic growth and innovation in both developed and developing markets”.

It is however no less true that men who are able to stand above the usual male machismo and need for approval, power and control, match the women leaders in all aspects of leadership.

Three male leaders have done an outstanding job of leading their countries through the COVID-19 pandemic.

Each of these men have fought 24/7 for every single life of their countrymen that they could save. This is confirmed by hundreds of medical workers plus the computer scientists and medical researchers who have been compiling civil society’s nation-neutral apolitical data reports and statistical analysis of the COVID-19 outbreak from its early onset.

“This opinion is shared by medical workers on the job who have met these gentlemen face-to-face at the bedsides of actual patients,” says Dr. Anderson of the RINJ Foundation, a global civil society women’s group fighting for the safety of women, children and their families around the world.

The exact same research says the same thing about twenty two women leaders around the world.

Outstanding among the 22 are Angela Merkel of Germany, Tsai Ing-wen of Taiwan, and Jacinda Ardern of New Zealand.

Twenty Two Women Leaders and Three Male Leaders have been the best and the brightest in the world, fighting the pandemic up to the current time.

Regional Leaders Who may become the USA Vice President.

FPMag has no favorite, and no inside track, but picked three extraordinary women in the news over the past few days for bad or good. Each woman is an extraordinary leader and more than that, their names our children will all come to know in the years ahead. This is important.

These are extraordinary times because in actual fact, the world has never had such amazing leaders before. Yes, there are some horrid patriarchal governments led by men with no conscience, no empathy and who embrace crime. But given the courage of conviction of the women who have stood up to these evil monsters, the future is not hard to see with the extraordinary change that has begun.

A change has begun and the “Tide Is Turning”

All photographs in this article are from the official office of the persons subject of the photograph. Selection, cropping and artistic work by Melissa Hemingway and Rosa Yamamoto.

“Gretchen Whitmer is one of the most talented people in the country, in my view,” said Joe Biden recently.

This comes one day after, Governor Whitmer announced her support for a series of policy plans for police reform in Michigan, saying that, “Michigan law enforcement agencies must enhance their training and policies to help create a police culture where all the people of Michigan are treated with dignity and respect under the law,” said the Governor.

Mayor Muriel Bowser has been controversial in her battle with Donald Trump about who is Mayor of Washington DC. “It’s not Trump” who experts say has been exceeding his authority and in particular, “the Pentagon has begun sending federal troops home, at the request of the lawful authority for the District of Columbia,” said a source close to the information.

“While he [Trump] hides behind his fence afraid/alone, I stand with people peacefully exercising their First Amendment Right after the murder of George Floyd and hundreds of years of institutionalized racism,” Muriel Bowser said at the beginning of June.

In her own words: Black Lives Matter 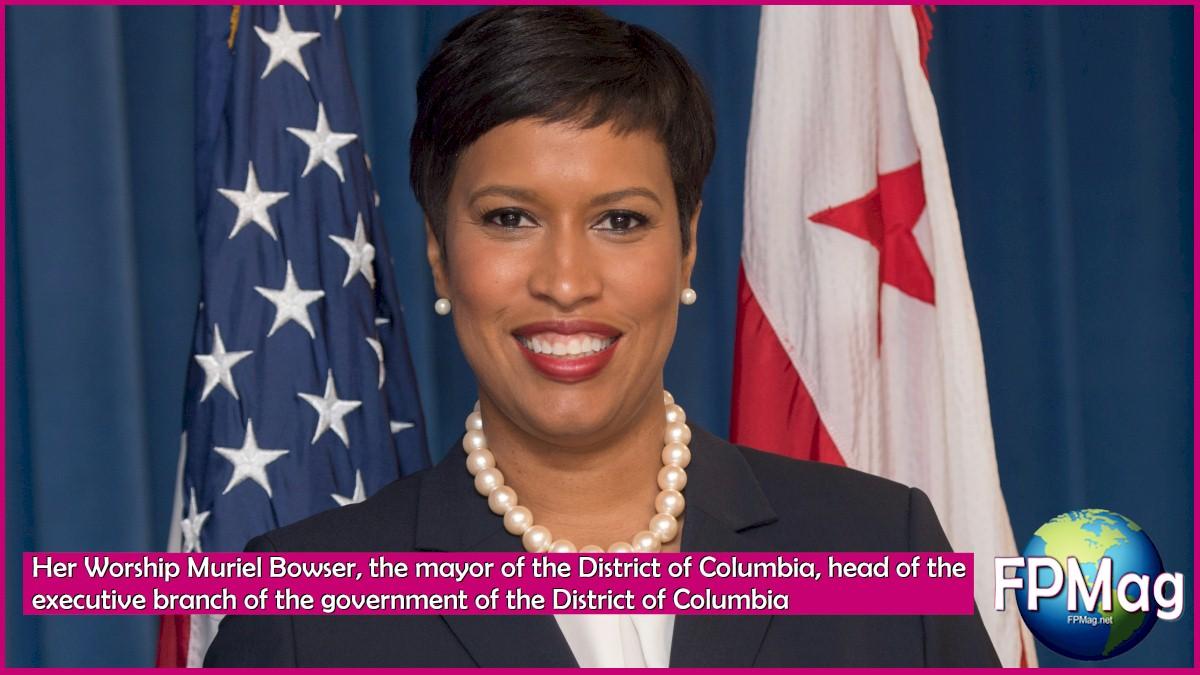 FPMag asked a dozen women about the American leaders picked for this article.

The youngest, a first time voter this year after August when she comes of age, said what seemed to be representative of the group, and the group agreed.

“Senator Amy Klobuchar, of Minnesota, is one of those women, who when she starts to speak, the room is silent because when she speaks, most people are like me and I know it will be what I need to hear.

“And the way she speaks, calmly and with wisdom, is how she cares. for me, for you, for her family and for her country. I love that.”