De-funding police means what? Here is the answer.

Police militarization is a continuum defined by a combination of training, equipment, tactics and culture that centers on violent conflict with communities of civilians. 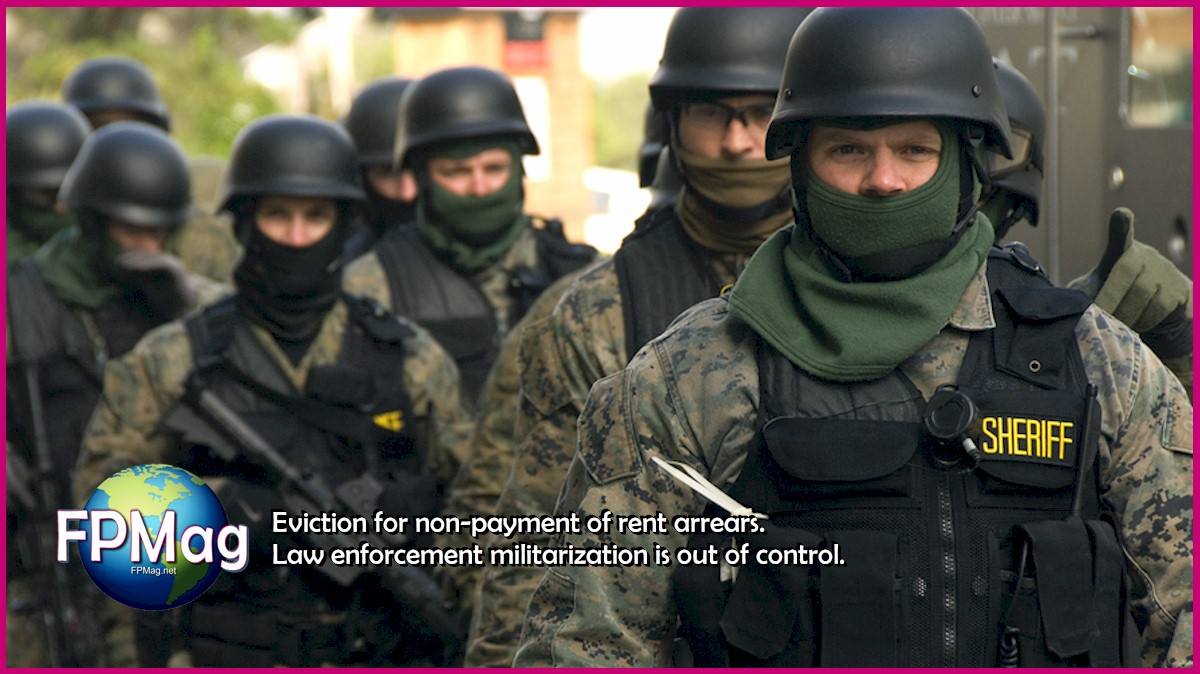 Public Perceptions are in fact the realities. Pay attention because the needless death that surrounds communities today is driving people to action.

Not just crying for George but for needless violence & death that today surrounds us all. Most leaders failed in the greatest collective crime against humanity.

Read: If I cannot see your eyes, do I feel you? Is it easier to kill you? Trudeau 21-second pause was utter honesty.

Social distancing is quashing empathy while COPVID-19 death in North America is reducing the value of human lives. Every day we see colossal numbers of dead among our most beloved communities. People are not just crying for George. Violence and needless death surrounds us.

When North Americans see women leaders Angela Merkel of Germany, Tsai Ing-wen of Taiwan, Jacinda Ardern of New Zealand, and Carrie Lam of Hong Kong achieve a good outcome for their people against COVID-19, it is clear that what the leaders have done or not done in North America has needlessly killed over one quarter million and counting.

If Canada had a death rate similar to New Zealand, which is at 22 and stopped, less than 150 Canadians would have died from COVID-19 instead of some 8,000 at this time.

“Screens across humanitarian’s eyes are obscuring empathy. Cops with thick plastic shields, goggles and instructions to avoid my gaze, kill me easily. Isn’t it time to de-fund police and open our eyes?” — Melissa Hemingway in “If I cannot see your eyes…

How could Justin Trudeau comment on Donald Trump’s response to the people’s cry to end police killings? Canada has a much worse problem. The damage was done during too many years of extremist conservative governments that over-funded police and took away Canadian civil rights. The 2010 G8 in Toronto was one example. 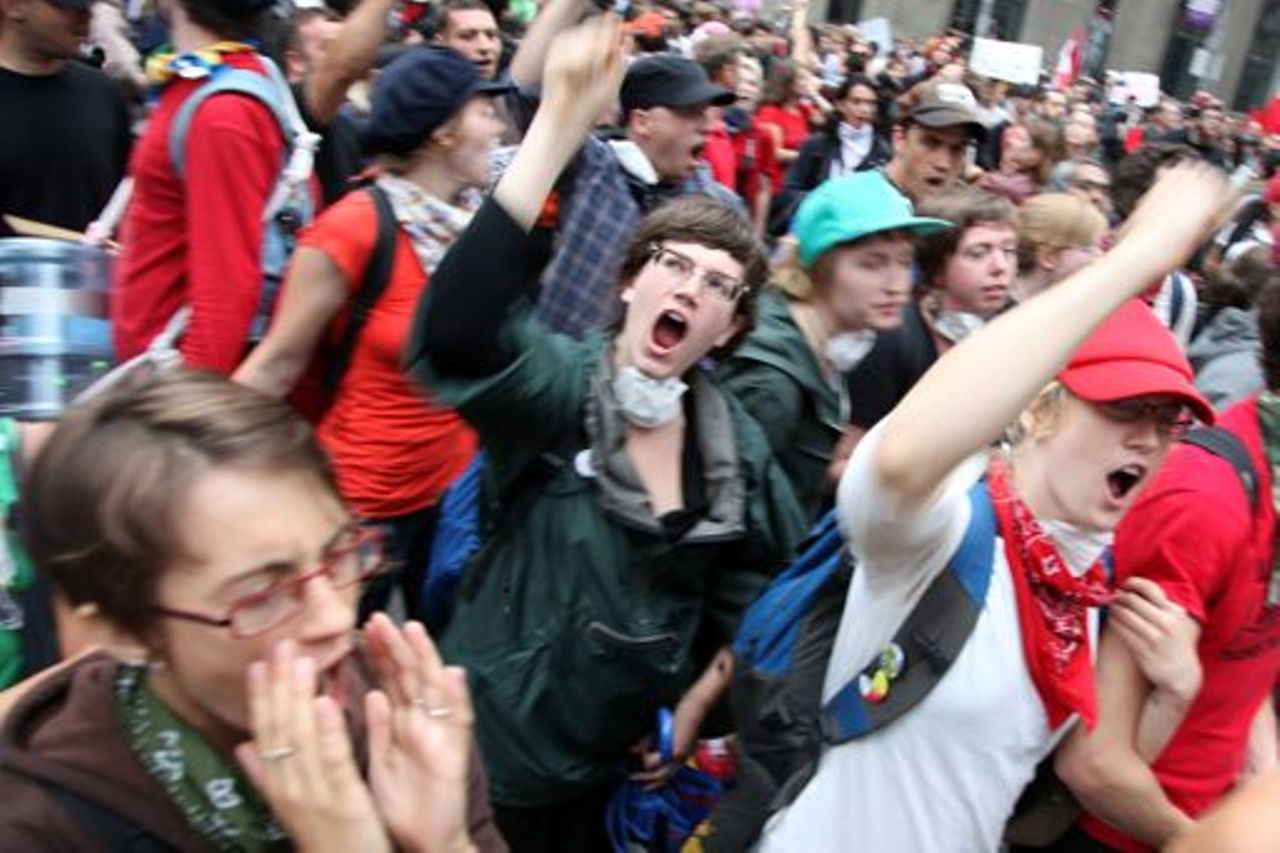 25 June 2010 — Activism against G8 was done by “kids” who were very peaceable. “Over 1100 were scarred for life under the Harper government’s extremist views on public safety and the incomprehensible abuse of our young people,” says Katie Alsop of The RINJ Foundation. File photo. File Photo Courtesy The RINJ Foundation archives.

Leaders ignore this at their peril.

“Police militarization is a continuum defined by a combination of equipment, tactics, and culture that centers on violent conflict,” according to a research paper published by the Woodrow Wilson School of Public and International Affairs, Princeton University in July 2018. 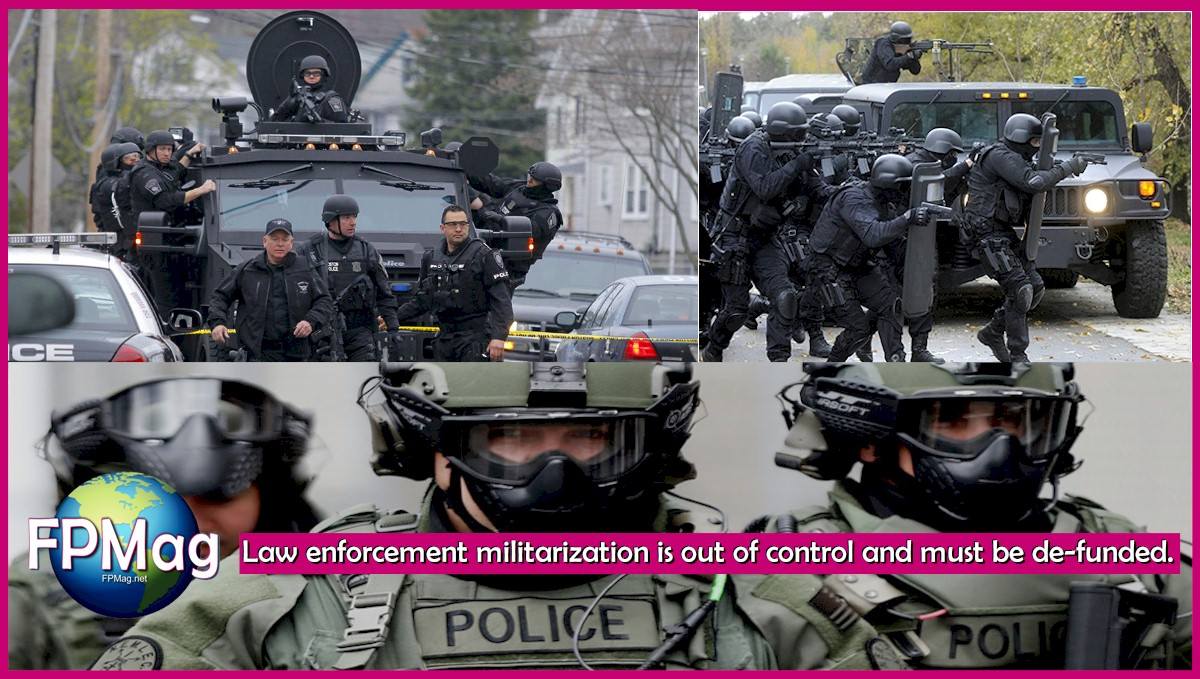 Law enforcement militarization is out of control and must be de-funded. Photo Credit: US Federal Bureau of Investigation. Photo Art/Cropping/Enhancement: Rosa Yamamoto FPMag

These are failed trade-offs between civil liberties & militarization.

National debates over heavy-handed police tactics, including so-called “militarized” policing, are often framed as a trade-off between civil liberties and public safety, but the costs and benefits of controversial police practices remain unclear due to data limitations.

Spending $billions on police misconduct settlements is expensive. Those law suits should be allowed  because just like the rest of society, police officers must be held to account. Currently they are not. Unions and the police themselves join ranks to protect even the most heinous crimes.

From the Toronto Police Services who under Chief Bill Blair brought you Canada’s worst human rights violations of the 20th Century and established the police advice for women: “If you don’t want to be raped, don’t dress like a slut.” 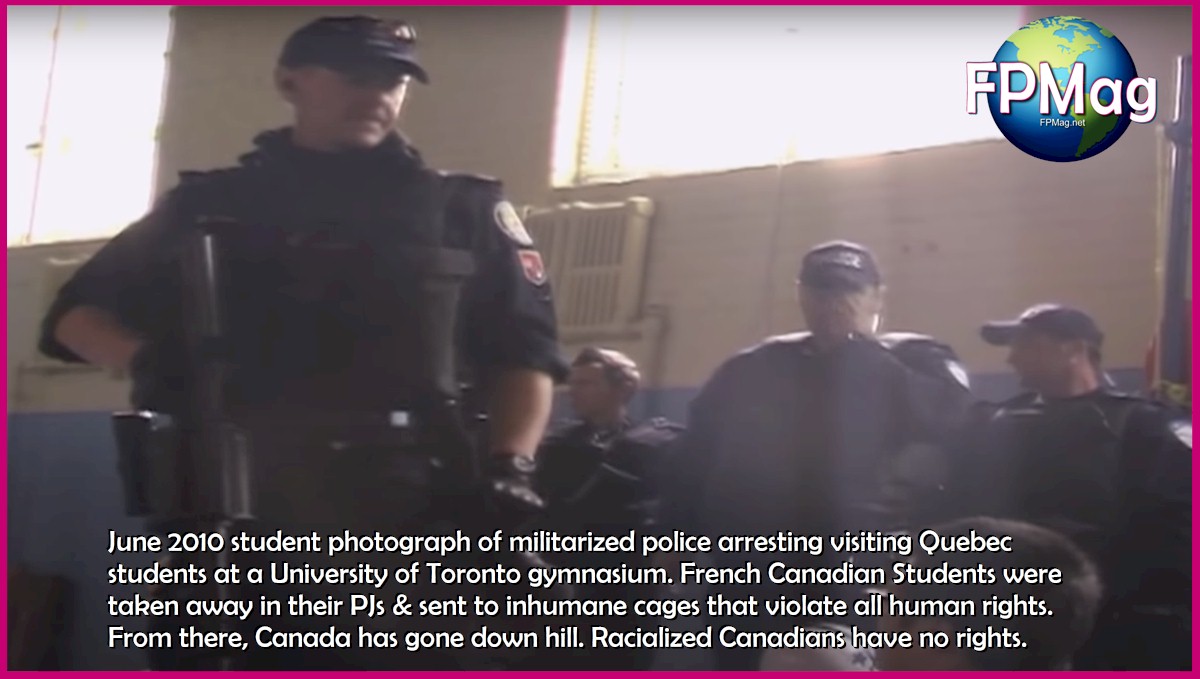 June 2010 student photograph of militarized police arresting visiting Quebec students at a University of Toronto gymnasium. French Canadian Students were taken away in their PJs & sent to inhumane cages that violate all human rights. From there, Canada has gone down hill. Racialized Canadians have no rights. Photo Art/Cropping/Enhancement: Rosa Yamamoto FPMag
Learn more from CBC Fifth Estate Video

Read Melissa Hemingway’s article: If I cannot see your eyes, do I feel you? Is it easier to kill you? Trudeau 21-second pause was utter honesty.

Defunding Police means no war zone toys & do more social footwork. Police need to be different people than the man in grade 12 who flipped a career-choice coin between ‘criminal’ and ‘cop’. 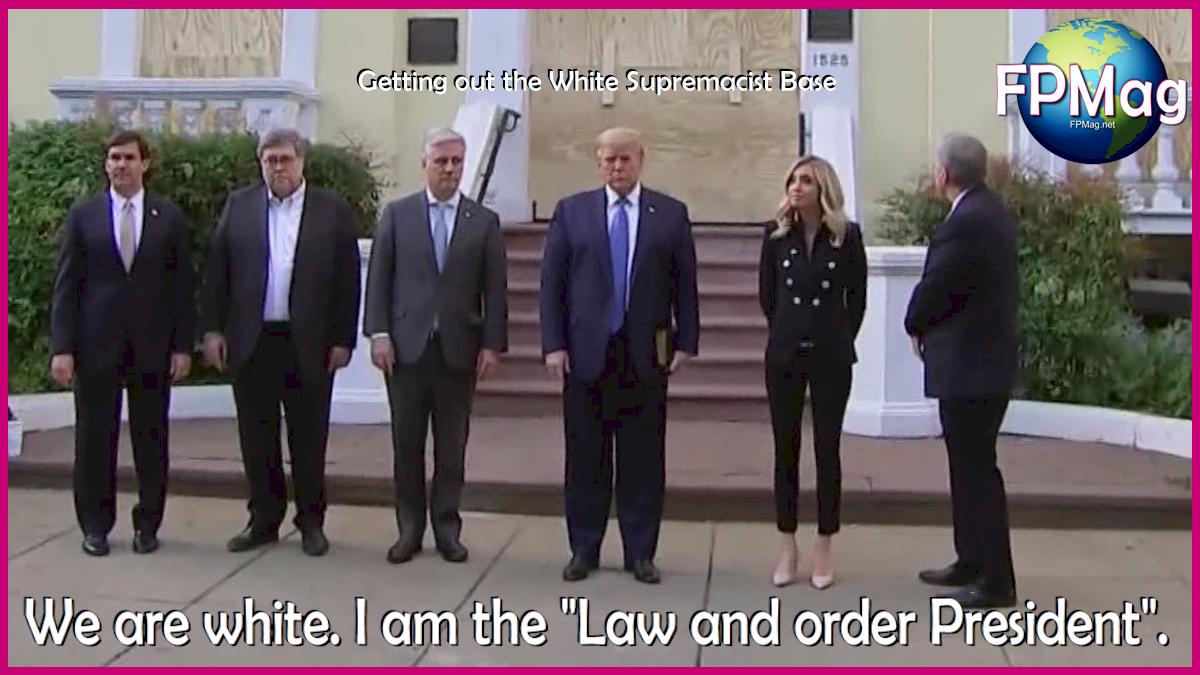 The picture and its story: Militarization of Police for political reasons. Like The Canadian Harper political imperatives, the White Supremacists get out their base by violating the civil rights of the racialized populations to please their radicalized opinion leader fans among the ultra right-wing cults.

Disingenuous politicians like Donald Trump create fake enemies that militarized police are allegedly to defend against. Ironically the enemy is Donald Trump and his armed supporters. Watch this process as the public heads to the beach and a sane, rational woman leader takes charge and calms the Trump Cultists.

The other patriarchal approach is to just “Shoot Them Dead,” says Rodrigo Duterte in the Philippines where because of a lack of RT-PCR tests for the ordinary citizens, an unknown number of 110 million Filipinos are infected and or dead.

“Watch this video to learn if you still have a heart and soul. Read every word,” Kathy Poon, Nurse Practitioner and veteran of Wuhan battlefront against COVID-19. Poon thinks the World Health Organization (WHO) will eventually need to pick up the pieces when many governments fail as poverty, hunger, and disease take their tolls and government leaders take the money and run.

Today marks 8 weeks since our last locally transmitted case, meaning that today also marks the start of our new way of life post-#COVID19. I want to thank all of the heroes who made this possible. pic.twitter.com/NjDcnWfwoo

New Zealand Prime Minister Jacinda Ardern has announced that almost all coronavirus restrictions in the country will be lifted tomorrow, after it reported no active cases. https://t.co/GdlC0JA6Ru