In the past 24 hours the Assad-Regime plus Russia have resumed bombing in civilian areas of Idlib. Syria. A ceasefire requested by Civil Society lasted all of one day.

The shot-callers are deliberately targeting civilians and using UN don’t-bomb lists to target civilian medical and life-support infrastructure. That’s what is happening over the past five hours or more. It began many weeks ago, but nobody with ability to make a change paid attention. Now the only person who has the ability to make the killing of civilians stop in Idlib, Syria is Vladimir Putin. If he doesn’t there is a good chance he will hang. There is no sparing Bashar al Assad. He will hang in Syria for his crimes, for that is Syrian law, unless he perishes before the hangmen gets his turn.

Assad should never have allowed the Iranians to infiltrate and control his government. Their bravado is all about their perceived impunity and Assad suffering the consequences. If those puppet masters were to be assassinated, no crime is committed because Iran says they are not there.

It is somewhat of a waste of munitions these days bombing hospitals in Idlib, Syria (Idlib province as well as the city). Most hospitals and known public clinics are destroyed already but more than that, most civilians know that standing near a hospital or a white-coated doctor or nurse has a risk attached of being bombed by the Assad regime at any moment.

Action is underway in Idlib, Syria. “No one has done anything so Civil Society Must Make Certain Bashar al-Assad Hangs in accordance with Syrian Law”

In a conversation with Board members of the RINJ Foundation, in particular Katie Alsop, responsible for Middle East region, FPMag was told that current Syrian laws allow the death penalty for treason; espionage; murder; arson resulting in death; attempting a capital punishment  crime; recidivism for a felony punishable by forced labor for life; political acts and military offences such as bearing arms against Syria in the ranks of the enemy, desertion of the armed forces to the enemy, insubordination, rebellion and acts of incitement under martial law or in wartime; violent robbery; terrorism; subjecting a person to torture or barbaric treatment during the commission of gang-robbery; rape; membership in the Muslim Brotherhood; joining the Islamic State of Iraq and the Levant; drug trafficking; political dissidence and falsification of material evidence resulting in a third party being convicted for a drug offense and sentenced to death. Executions are carried out by public hanging.

Background Prior to Idlib, Syria.
In Mosul, Iraq, for example, at least a million people’s lives were destroyed by the malignancy of bad actors at war. Darfour, Rwanda, Sudan, Yemen, Iraq, Syria, Venezuela, Somalia may in aggregate yield over 200 million damaged people including over 75 million refugees. Their lives are destroyed by malign actors and their munitions makers. If you want to know how bad it gets, ask a former UN Peacekeeping Mission Commander. 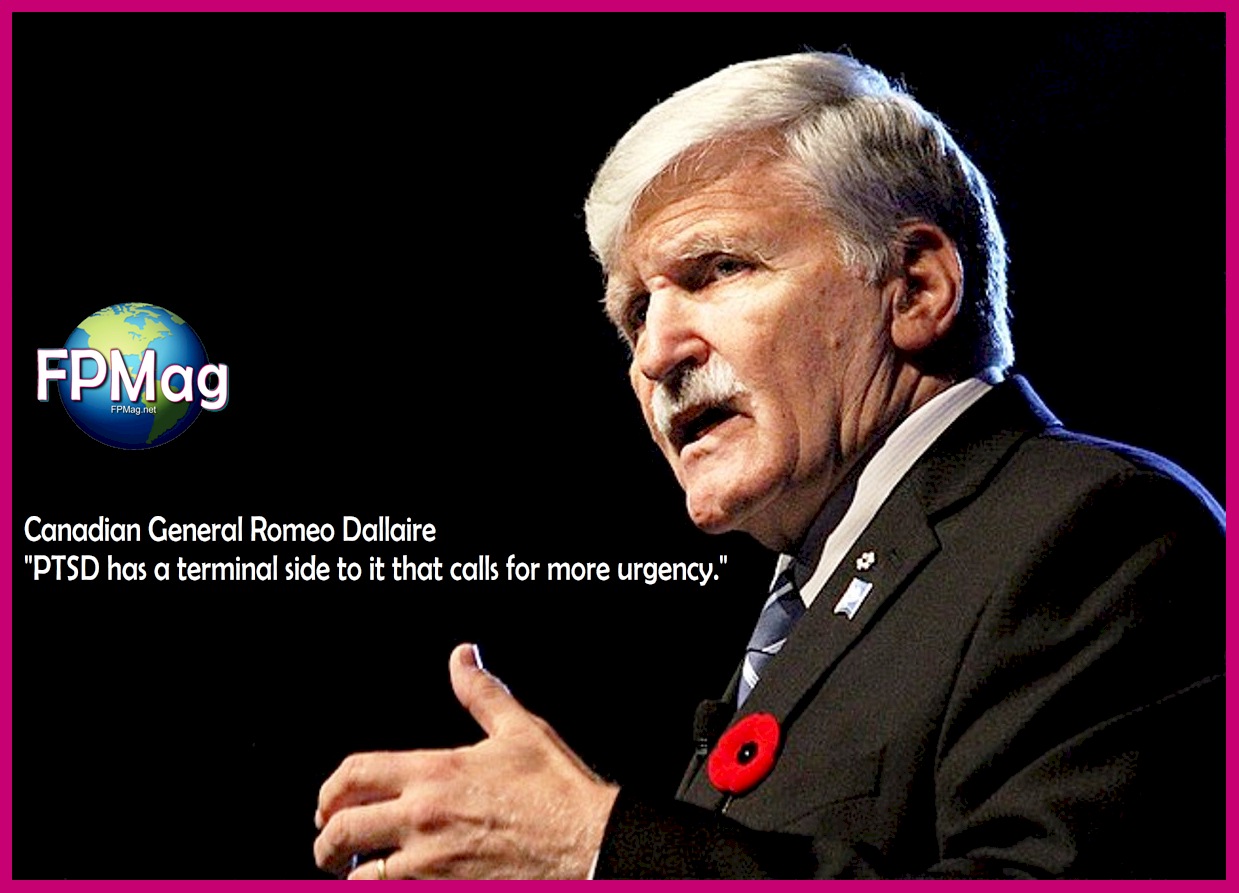 “The RINJ Foundation war zone experience was an experiment inspired by Canadian General Romeo Dallaire who in the early 1990s tried to do something about the genocide in Rwanda. His frustration pointed to the need for something different.” — Katie Alsop (RINJ)

From the RINJ Web Site

A Spring 2015 U.N. report says 2014 was marked by harrowing accounts of rape, sexual slavery and forced marriage used by extremists including the Islamic State and Boko Haram.
This April 13th report by Secretary-General Ban Ki-moon urges the Security Council to recognize sexual violence is not only employed as a tactic of war but as a tactic of terror.
The report expressed “grave concern” at sexual violence perpetrated by armed groups promoting extremist ideologies in Iraq, Syria, Somalia, Nigeria, Mali, Libya and Yemen.

The RINJ Foundation’s gender-based violence cases from Syria & Iraq prove a pattern of genocide & will lead to a conviction of genocide against the Islamic State, Hay’at Tahrir al-Sham, al Nursra, al Quaeda all in the International Criminal Court, a permanent international tribunal to prosecute individuals for war-time rape, genocide, crimes against humanity, and aggression.

Regrettably the function of the International Criminal Court (ICC) has not met many expectations.

Consequently, the best remedy for perpetrators of rape as a form of genocide, sexual enslavement of women and children, crimes against humanity, and other war-crimes endured by civilians in occupied or besieged civilian areas and other crimes as set out in the Rome Statute of the ICC is to form a civilian resistance movement inside the war zone and train that group to assassinate the oppressive perpetrators. Do you have a better idea? Feedback?

The French learned this lesson in WWII and a serious study of methodologies including interviews with members of the MuR has led to 21st century model.

“Sexual violence in conflict needs to be treated as the war crime that it is; it can no longer be treated as an unfortunate collateral damage of war.” UN Special Representative on Sexual Violence in Conflict, Ms. Zainab Hawa Bangura

Civilians comprise the majority of persons hurt by armed conflict.

Women and children are particularly targeted in wars. The rape of women and girls has been a brutal part of conflicts in Bosnia-Herzegovina, the Democratic Republic of Congo, Myanmar, Rwanda, Sudan, Iraq and Syria.

The orders issued are from the Islamic State (ISIL) leadership to inseminate women in Syria and Iraq of the Yazidi and Christian religions to spawn so-called Islamic State jihadists. This, in the eyes of on-the-ground RINJ Foundation observers, is categorically a form of genocide and the Foundation intends to bring substantial argument and evidence to the ICC on this allegation.

“Experience is Invaluable if We Accept its Lessons.” ~ Sharon Santiago

Speaking to FPMag, the women who worked at the Ibn Sina Hospital in Mosul Iraq who also worked at the RINJ Foundation warehouse, training center and training clinics are still somewhat numb but they recall a reluctance to share the grid coordinates of their locations with any so-called outside authority. The Iraqi government in the early days was trusted and even paid salaries to nurses, but they were not trusted enough to be told details. That relationship eventually stopped as Iran took more control of Baghdad.

Eventually RINJ provided the coordinates to trusted US Coalition Forces members. In the end, some American and Iraqi personnel who needed immediate treatment were indeed treated. That was the RINJ Foundation rational in the first place, to provide emergency medical care to liberation troops, especially the Gold Division of the Iraqi Army and its American advisers.

It worked out except in one instance when the Iraqis bombed a building next to a RINJ hospital (RSAC-M3) which collapsed onto the medical unit.

In one other instance in early 2017 a firefight broke out between ISIS and the Gold Division in a Left Coast hospital and it was destroyed in the fight.

In all other cases it was the Islamic State that destroyed medical facilities.

The Americans kept their word in protecting medical centers.

It is not perfectly clear if this standard is the reasoning behind the United Nations believing it could collect grid coordinates for existing public health buildings and hand them over to the combatant leaders.

The UN had asked for medical unit grids in Iraq and particularly in Mosul and they were not supplied by RINJ, the only Civil Society NGO that remained in Mosul. It was only at the end of the Mosul liberalization that RINJ gave the Americans the grid coordinates of eight locations. For the most of the three years of ISIS occupation, everything remained secretive. In the end it was ISIS that destroyed the hospitals, even those they had used as quasi bases of operation.

This could be why Assad and Putin are bombing hospitals.

But for ISIS, Mosul hospitals were critical. They wanted fully functional medical units that were capable of putting wounded fighters back into their “foxholes” immediately. Hospitals in the first two years treated all civilians, even those with minor chronic needs. The ISIS policy was to avoid that but local practitioners did what they could to make life easier for residents.

Why is this important to Idlib, Syria? Lessons learned.

Here is what is going to happen to Idlib, Syria.

Watch the video below. “Whoever said you can do this to a city or province, no matter how much you hate the Mayor (leader) or the Mayor’s religion. Living with ISIS in Mosul would have been much better than what you did. It was no different than living today in Saudi Arabia.” — an Angry RINJ Doctor