Does devaluation of children’s lives say anything about a community?

One of the RINJ Foundation canvassers in Canada working on the fight against the child sex trade recently noted that she was told, “Raped, missing and murdered children is old news. Who cares? We don’t support that,” and more or less slammed the door. 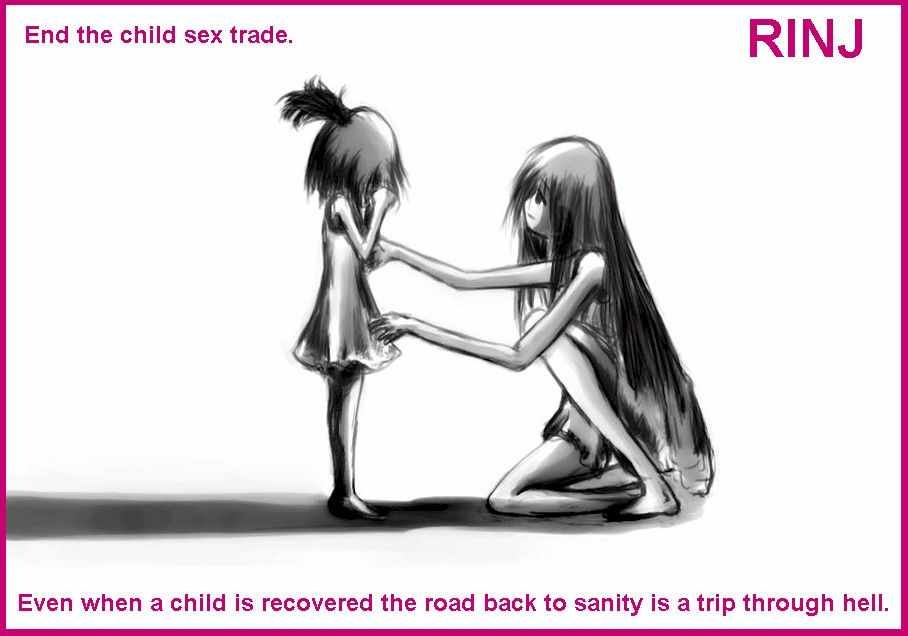 Even when a child is recovered the road back to sanity is a trip through hell.
Photo Art for RINJ by: Rosa Yamamoto FPMag

If you live in a community that reads American newspapers more than their own, (USA Today vs Globe and Mail);  watches American television; absorbs Fox News; Hollywood movies; and American radio; are the people any different than Americans?

It’s an important question because in America the majority of people support ripping children from the arms of Central American mothers and putting them into holding cells where they live on concrete floors in wire cages and have no blanket, no soap and no toothbrush or tooth paste. Nine-year-old children are the caregivers for toddlers who are running around in only soiled diapers.

Amber Alert is Reducing the Number of Missing Children Cases

The Canadian Police Information Centre (CPIC) notes that there were 115 reports of missing children per day in 2018. There is no possible way to find out how many children were grabbed by professional criminals.

The RINJ Foundation says that its estimates year after year for Canada run from one child per week to one per day and that there are currently as many as 10,000 Canadian children whose whereabouts are completely unknown. Many are indigenous Canadians.

Child abductions by strangers are Soaring in North America.

Child abductions by strangers are a larger percentage of the Canadian missing kids cases than ever. There is a strong suspicion that the number of kidnappings by strangers is skyrocketing as it is in the USA and its offshore and near-shore territories.

Today in North America and elsewhere, criminals want children for:

Persons who steal children from the streets and from their families can earn the most money selling to individuals in the illegal human organ trade. The demand for human organs has grown faster than the supply hence this is a growing danger for children and young persons. Once they are gone, they do not come back.

Sometimes the prices paid for children’s organs are colossal. This is a growing underworld activity. White children are sold at a very high premium because they are the rarest in the underworld child sex trade. Organ transplantation is done all over the world but organs are hard to find. Kids are easier to acquire than donated organs. The danger is growing.

“Years ago one of our people,” says Katie Alsop of The RINJ Foundation,  “worked with the Niagara Region Police Services on a very nasty series of cases focused initially on the rape and murder of Leslie Mahaffy (14) and Kirsten French (15).”

“He described the people he worked with and the Niagara Police Services members he met as being exemplary and dedicated law enforcement professionals with passion for the safety of women, children and their families,” she added.

Don’t be such a snide ahole. Suggest NRPS get a dedicated line for those that feel the need to complain when they are awakened by the AAsystem. Your lack of professionalism really calls for more training. Insulting the public is a rookie move. Working people value sleep. 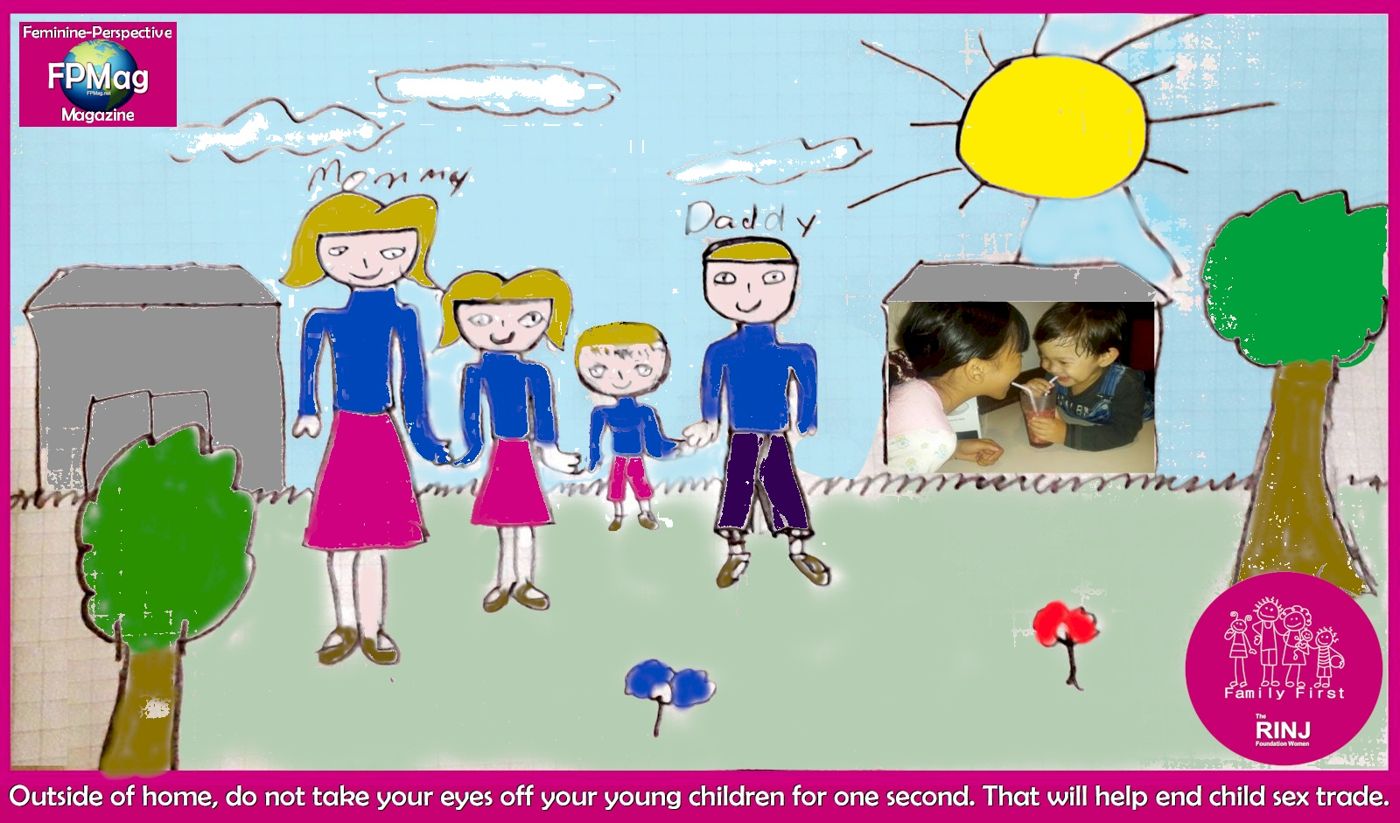 Click to enlarge. Outside of home, do not take your eyes off your young children for one second. That will help end child sex trade and slavery. Child Art: D. Rose Grade 3 ~ Photo Art: Rosa Yamamoto FPMag

The concept originated in the United States in 1996. The system is named after a deceased child, Amber Hagerman. She died on 15 January 1996 (age 9) in Arlington, Texas, USA. There are few sadder tales.

In Canada, Amber Alerts use the smartphone emergency system to notify people that a child is missing and believed to be in imminent danger, that danger having a high probability of  morbidity.

If a mobile phone is turned on and is not on silent mode, an Amber Alert will cause an alerting sound. Then some data will appear on the screen.

That data will include a short message usually including a description of the child and a region wherein the missing little one was last seen.

Amber Alert System Could not Save Riya Rajkumar but it Caught Her Killer and saved other children the same fate.

In an Amber Alert case that unfolded in February of this year, the result was not a good one for 11-year-old Riya Rajkumar. The Amber Alert resulted in the capture of the person who killed her.

I can’t even begin to describe how disappointing and upsetting it is to read the comments, emails and calls to our communications bureau complaining about receiving an Amber Alert late at night. I appreciate that a lot of people were sleeping but the immediate need to locate 1/2