FPMag has requested official statements from several embassies and has learned that most are surprised at the recent decision of  the US Trump administration to begin expulsion of Chinese diplomats and consular officials.

The United States has suddenly  ordered closed the Chinese Consular office in Houston as the US President is making political campaign claims that, he is the roughest president on China “in history”. Trump says he is more mean to Asians than his political opponent, former Vice President Joe Biden.

“America is completely brainwashed and so unemployed, racist and ignorant it is joining Trump’s racist narrative,” says a Chinese student at Harvard University who has come under recent threats from the US Immigration Department.

Meanwhile, China remains calm, employs traditional diplomatic language and launches an exploration mission to Mars it is able to monitor from the dark side of the moon.

Some people say this US-China relationship is at its worst state in history but in actual fact, it could be said that America’s relationship with the world is at its lowest point from which there may be little or no return.

CNN reporters right before our eyes at press events are asking questions like, “China has risen to the top in many economic and manufacturing areas, what is being done to bring China down?”

America has no proven capability for self-observation of its own misconduct.  That applies also to its increasingly boring and monotonous over-commercialized and overly politicized media blasted out to the world. USA propaganda has become outrageous.

This is the country that collectively endorsed the mass murder of Iraqi officials and Iranian officials in Baghdad, on 3 January, and the slaughter of a million Iraqis beginning in 2003 on some bogus allegations of weapons of mass destruction being prepared to kill Americans.

There were no WMD, but hundreds of thousands of dead non-white Muslims made Americans feel better about their crimes. America is a White Supremacist nation in which non-whites today fear for their lives.

‘Today,’ say some pundits, ‘Trump may take the USA to war in order to postpone an election he is likely to lose to former US Vice President Joe Biden’. 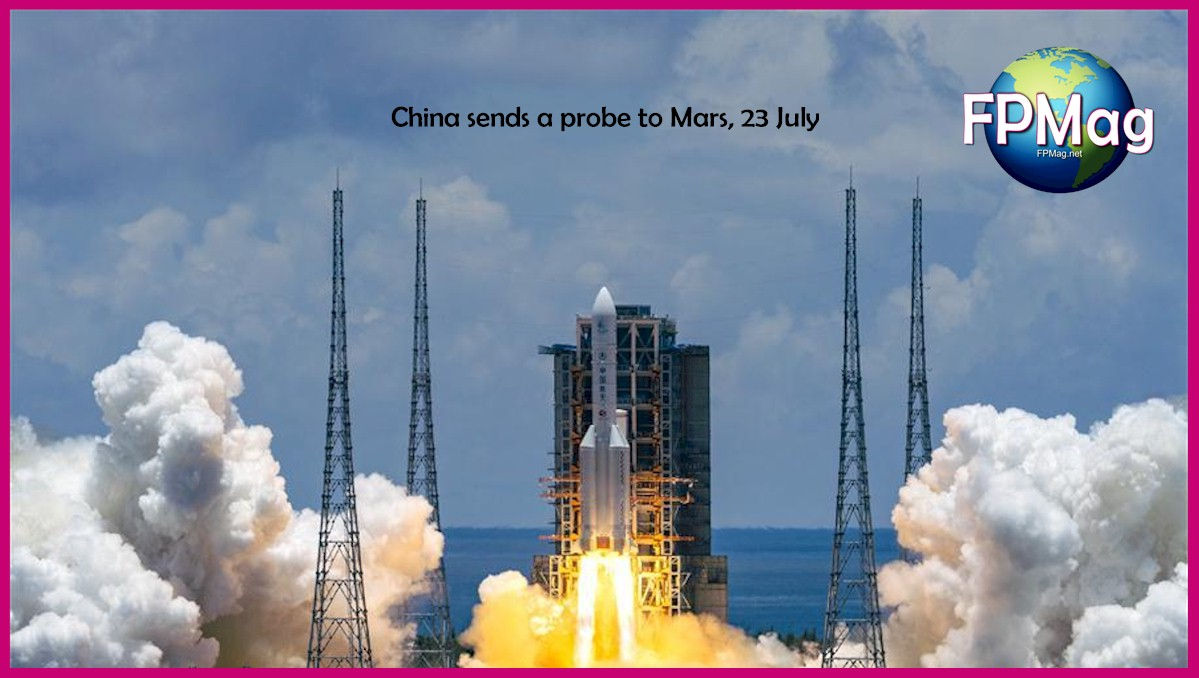 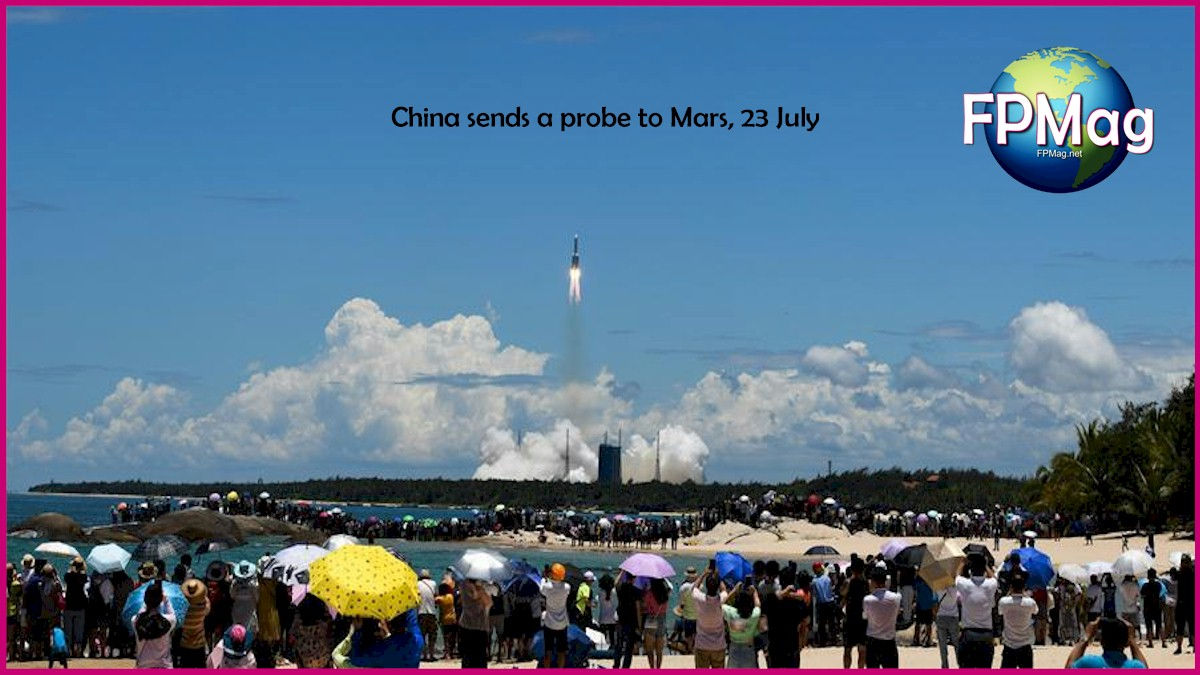 China launched its first independent probe headed to Mars at 12.41pm on Thursday. The probe, named Tianwen-1, was launched via a Long March-5 rocket from Hainan Island and is expected to reach Mars’ gravitational field in February 2021. In January 2019, China explored the dark side of the moon. That exploration continues.

Some outwardly racist American broadcasters like Tucker Carlson on Fox News say that American white supremacy is a hoax (just like the novel coronavirus). Other media moguls say that is wrong.

ANti-Asian Racism has been a fact throughout the entire history of the United States. Today Asians in America suffer terrible abuse and do in fact according to polls, fear for their lives when going out in public. Here. a group of Asian immigrants to the USA are given unconsented invasive exams by medical staff at Angel Island Immigration Station in the early 20th century. Photo: Angel Island Immigration Station Foundation

A 2019 report on China’s rise in economic power suggests that, “The Chinese government has made innovation a top priority in its economic planning through a number of high-profile initiatives, such as “Made in China 2025,” a plan announced in 2015 to upgrade and modernize China’s manufacturing in 10 key sectors through extensive government assistance in order to make China a major global player in these sectors.”

“China’s growing global economic influence and the economic and trade policies it maintains have significant implications for the United States and hence are of major interest to Congress. While China is a large and growing market for U.S. firms, its incomplete transition to a free-market economy has resulted in economic policies deemed harmful to U.S. economic interests, such as industrial policies and theft of U.S. intellectual property. This report provides background on China’s economic rise; describes its current economic structure; identifies the challenges China faces to maintain economic growth; and discusses the challenges, opportunities, and implications of China’s economic rise for the United States,” says the 2019 economic outlook report on China. 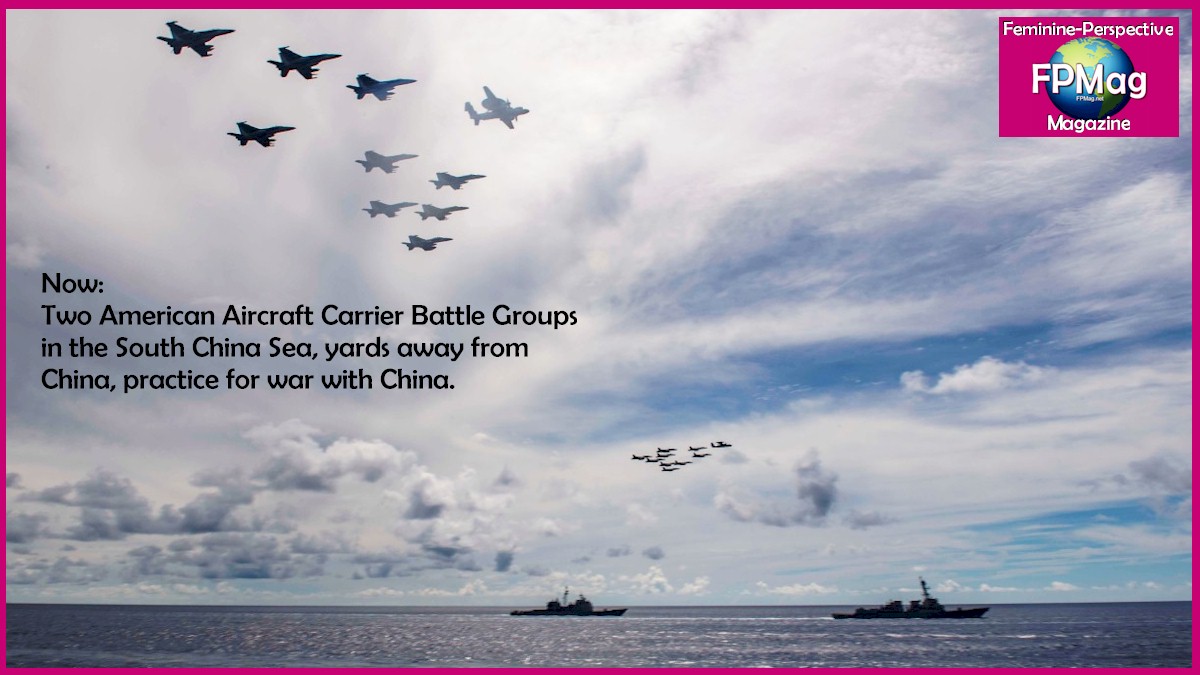 “China is watching us”, claims America which sets out to offend all Asians and appeal to the White Supremacists of America, a difficult task when Asia proves to be superior and when it is America doing all the watching.

In a desperate effort to steal headlines away from China’s amazing space exploration program as its unmanned craft heads for Mars, America is raising outrageous claims against all Asians.

“The truth is that America spies in almost every country in the world, as does China, Britain, Germany, India and, well every wealthy nation in particular, and others try to keep up,” was the benign statement of a British EMbassy worker who does not wish to be identified.

“The truth is that everyone is peeking through the blinds to see what is going on elsewhere,” said a French diplomatic worker who does not want to be identified.

Another truth is that, “this economic and technology surveillance is necessary to provide commonality and interoperability around the world,” says Simon Baldock, an Israeli security specialist. “Otherwise the world would be inclined to more square plugs and round, hectagonal, and triangular sockets than it already suffers,” he added.

Baldock insists that, “there is a general consensus that ‘we will watch what you do and it is up to the holder of secrets to provide adequate security and not the obligation of those with for prying eyes not to look'”.

Several of the diplomatic sources FPMag spoke with agree with that assertion.

One other thought that has arisen from speaking with diplomatic officials from around the globe is that the statements of both sides in the current China-UK-US crisis are speaking for public consumption.

Criticism of the the United States’ side is universal except for the British. The statements coming from the United States are purely political, far outside the realm of good diplomacy, and coming from a badly failing nation as China surges forward in the world, say most observers.

Why is the United States Bullying China

It is a racist imperative of White Supremacist American politicians led by the US President to convince the world that Whites comprise the ruling class. As far as the number of billionaires are concerned, that is arguably true and hence WHites have ruled the world for thousands of years.

“The rapid growth of the Chinese economy has led many analysts to speculate if and when China will overtake the United States as the “world’s largest economic power.” The “actual” size of China’s economy has been a subject of extensive debate among economists. Measured in U.S. dollars using nominal exchange rates, China’s GDP in 2018 in nominal U.S. dollars was $13.4 trillion, which was 65.3% of the size of the U.S. economy, according to estimates made by the IMF. China’s 2018 per capita GDP in nominal dollars was $9,608, which was 15.3% of the U.S. per capita level.” 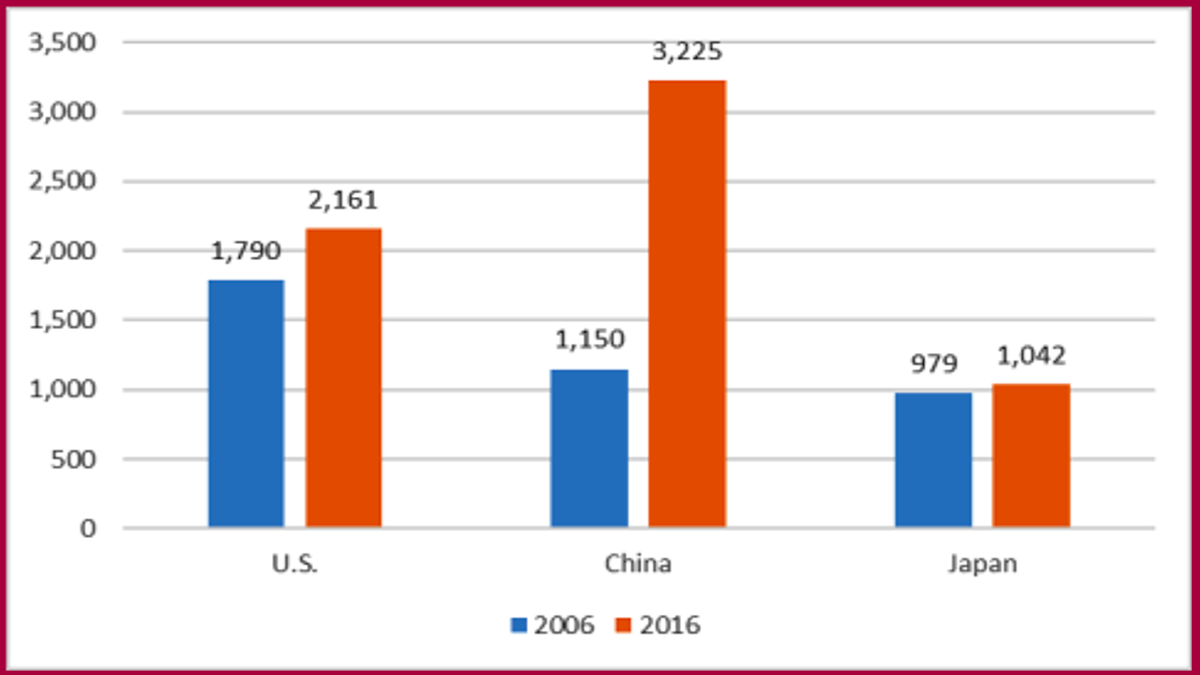 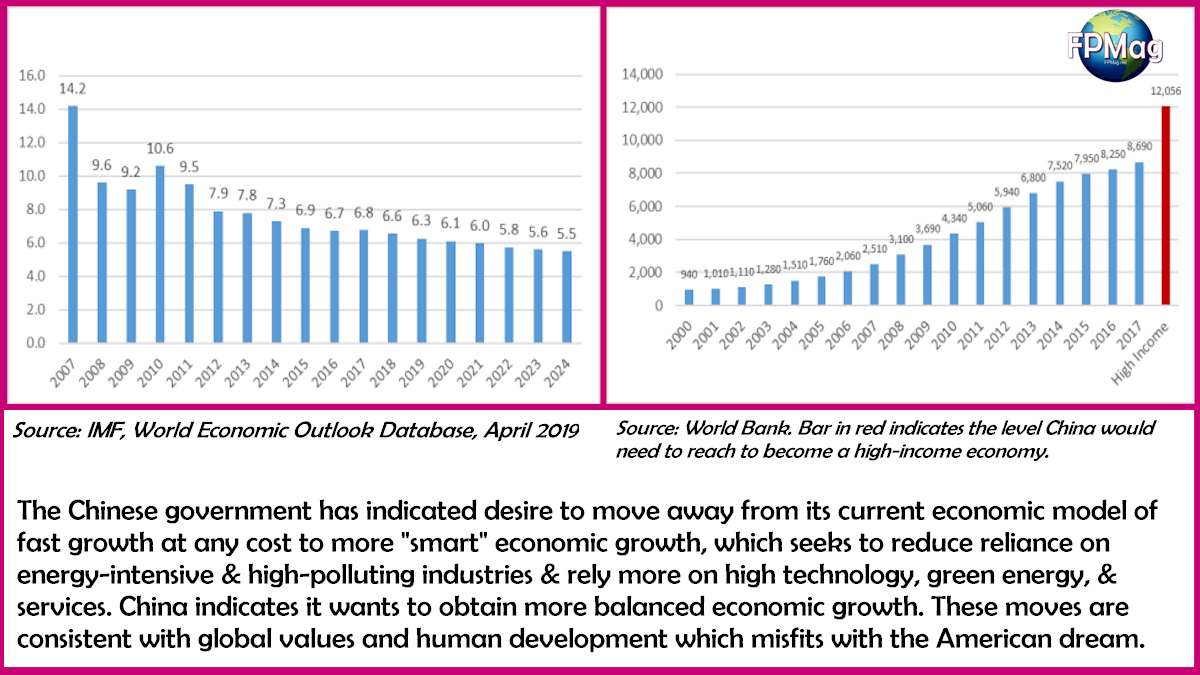 On July 21, the US abruptly demanded that the Chinese Consulate-General in Houston cease all operations and events within a time limit.

It is a political provocation unilaterally launched by the US side, which seriously violates international law, basic norms governing international relations and the bilateral consular agreement between China and the US. China strongly condemns and firmly opposes such an outrageous and unjustified move which sabotages China-US relations.

China is committed to the principle of non-interference in other countries’ domestic affairs. Over the years, Chinese diplomatic missions in the US, including the Consulate-General in Houston, have been performing duties in strict accordance with the Vienna Convention on Diplomatic Relations and the Vienna Convention on Consular Relations, and are dedicated to promoting China-US exchanges and cooperation and advancing the two peoples’ mutual understanding and friendship. The US accusations are groundless fabrications, and the excuses it cites are far-fetched and untenable. For the US side, if it is bent on attacking China, it will never be short of excuses.

As for reciprocity, China has been providing facilitation for US diplomatic missions and personnel pursuant to the Vienna Convention on Diplomatic Relations and the Vienna Convention on Consular Relations. In contrast, the US imposed unjustified restrictions on Chinese diplomatic personnel last October and in June, unscrupulously and repeatedly opened China’s diplomatic pouches and seized China’s official goods. Because of the willful and reckless stigmatization and fanning up of hatred by the US side, the Chinese Embassy in the US has received threats to the safety and security of Chinese diplomatic missions and personnel more than once.

At the same time, the US side has more diplomatic and consular missions and personnel in China than China has in the US, another area where the principle of reciprocity is not reflected. The move of the US side will only backfire on itself.

We urge the US side to immediately revoke this erroneous decision. Otherwise, China will have to respond with legitimate and necessary actions.