The Squad Drama is a Distraction from Iran War

Who The Squad-members might be as individuals has less importance than what they have accomplished as a team.

They are ordinary politicians, starting out in their careers. They have often defeated antagonist Donald Trump with straightforward intellectual honesty but their debate about “racism” has cornered the country’s attention while the men who run the White House are taking America to war.

Trump has told the Squad members they should go back to where they came from. Actually, that would be America. That is a typical Trump gaff. But why are his handlers and the GOP allowing this to happen? War. And war is very big money business. 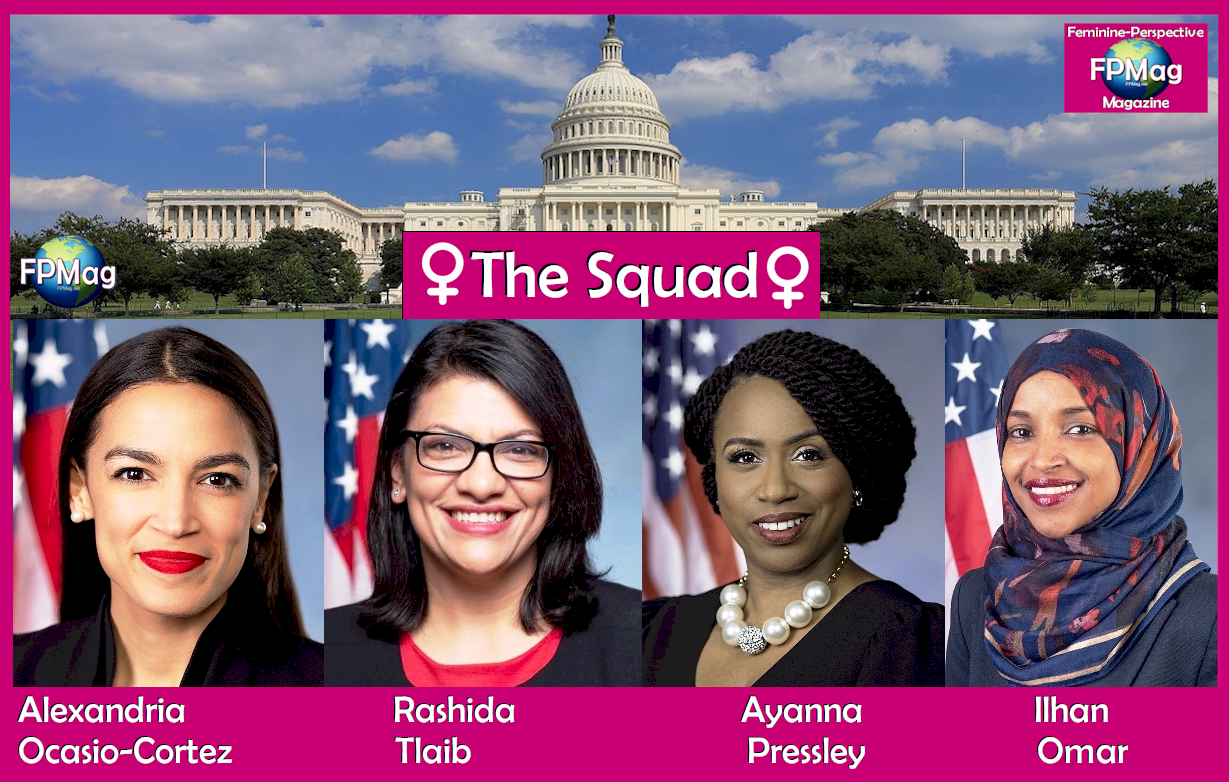 Four awesome ladies prove as one that North America (NA) is a continent of immigrants; NA is not all-white; NA is not all-Christian; and NA and America in particular is indeed ‘racist as hell’.

But Americans had better beware. Donald Trump is being allowed by his handlers to create a smokescreen for some big trouble Pompeo and Bolton et al dragged the world  into and it is getting serious.

The noise about The Squad racism diversion (Representatives Rashida Tlaib, Alexandria Ocasio-Cortez, Ayanna Pressley and Ilhan Omar) will be drowned out soon by the war with Iran which is going to hit American shores. There is no other reason why the White House or Campaign Trump 2020 would be allowing Trump to step all over his raping tool  at such a critical time.

It is no less true for being obvious that America is in big trouble.

Donald Trump has lost control of the White House. The Hawks have it. They exploited Brexit and an empty Number 10 Downing Street to exploit Britain for the purpose of launching into war with Iran.

Why have Trump’s handlers allowed him to snuff his reelection bid with bully-pulpit racist barbs against successful women of colour whose ancestors are immigrants?

They believe war works better. The electorate will rally behind the incumbent during war. It works for their paymasters within the military industrial base and it works for neo-cons, keeping their jobs.

If the neo-cons get a war started, Trump will win hands-down based on traditional thinking. These neo-cons are traditionalists.

That’s less important than the harm that will be done to America. This war will come home.

Since WWII, No War America Started had a good outcome but only Bosnia came home and took out the Twin Towers.

This will be worse. Iran is well established in the Western Hemisphere.

National Security Adviser John Bolton is correct in what he says of the animosity America faces within Iran and the preparations for war that Iran has taken. He is wrong to believe that Iran does not have nuclear weapons. Iran and North Korea have been tight since the revolution.

In fact Mr. Bolton is correct in most of his allegations. But his solutions are dramatic neo-con nearsightedness that will continue leading  to  WWIII. Future historians may correctly believe it has begun its incipient stages. This needs to stop.

Iran and Nicholas Maduro are tight but its worse than that. Iran, Hezbollah and other Iranian elements are in South America.

Moreover, Russia, China and Iran are too cozy not to join sides against America, subtly at first, but how far will it go?

The airborne exchange between American and Venezuelan fighter pilots in recent days is not just a coincidence. It’s preparatory. The Venezuelan pilot has been briefed on what has yet to come if events take a certain turn.

It is a short distance between Caracas and the nearest US territory. Puerto Rico may have bigger problems than what its people protest about in the streets today.

While The Squad-members have America’s attention, they need to raise a warning. This is not about them other than them being a convenient smokescreen distracting everyone from the real crime. America is headed for a war it cannot win.

Trump is crazy for leaving the JCPOA. Sociopaths never think past the moment they are in and never think of consequences or the harm they cause to others. (i.e.: “No more endless wars” – “I will end Iran” – “Afghanistan would be wiped off the face of the earth, it would be gone, it would be over in literally 10 days…”)

America needs to wake up and backtrack its broken promise and get back into that  JCPOA treaty. Fast.

President #Trump is a kiddy-diddling, #misogynistic #Rapist who is forcing the world to say, “Yankee Go Home” after USA spent 70 years trying to assuage that. The world is furious at #America for electing this type of bad character & being so stupid, it fell for a con-man pic.twitter.com/LQUESIgkSa

Is this the man you want to lead you through a Global Thermo-Nuclear War?

Trump casually says that if he wanted to, “Afghanistan would be wiped off the face of the Earth — it would be over literally in 10 days.” 😳 pic.twitter.com/YBPQYnueXJ

The article " The Squad Drama is a Distraction from Iran War " was written by Author: Katie Alsop (Biography, Email) Staff Writer Feminine Perspective. FPMag correspondent for the Middle East and Europe.
Contact Katie Alsop on Twitter ~ Facebook ~ Find on YouTube