Stay out Turkey! You can’t play with us any more.

NATO Patriarch Quarreling. Who has best missile? Member or Partner?

The North Atlantic Treaty Alliance (NATO) is a patriarchal military alliance that was formed after WWII to oppose the Soviet Union in Europe. But in 1989, the Soviet Union imploded and dismantled. What should NATO do now instead of bickering?

[News and Editorial] by Melissa Hemingway 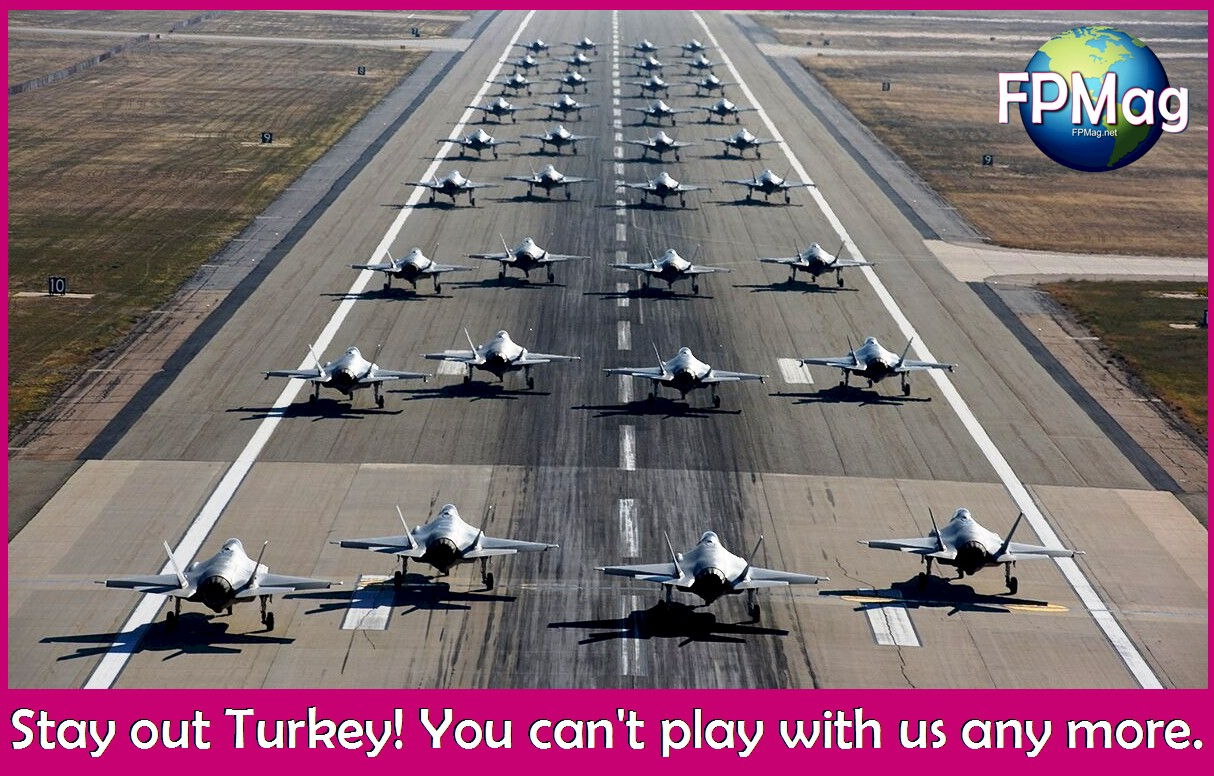 In the years since WWII, despite the horrific loss of 25 million people, Russia has stabilized and while inheriting much of the Soviet Union’s weapons systems, it has moved forward to develop its own specific military defensive equipment and become a significant global powerhouse in technology, the arts, engineering, energy, finance and human development.

Meanwhile, NATO has sought to reinvent itself over and over. It’s actually done a good job of maintaining itself as a “Boys Club” where men get together and talk about their enemies and postulate on how they will destroy those enemies.

That entails gobs of money.  Trillions of dollars every year. Huge portions of national Gross National Product  (GNP) for some countries are sucked away by the military-industrial complex to build the most sinister and intrusive weapons systems anyone could imagine.

The Feminine Perspective we are going to share today is that this must end. The human race, all nations and all peoples, together face monstrous challenges in the coming decades none the least of which are space exploration and colonization, mitigating Earth climate change by cleaning up and protecting the environment, hunger, poverty and communicable disease.

The trillions of dollars that humans spend each year on devising methods for destroying each other must be redirected toward human development. Humans have more reasons to work together and fewer if any reasons to work against each other. Knowledge is already quashing radical fundamentalist thinking and enhancing the values of caring and sharing hence advancing the quest for knowledge of Earth and its surroundings will bring greater rewards than bombs and guns.

Universal nuclear disarmament and monitoring that process would be a good role for NATO. Add internal and external peacekeeping too. NATO is currently fighting among its members and partners about their foolish secrets, bombers, missiles, and bombs.

The money NATO could save the world’s economies would make certain that children and their families are nourished and have a safe roof over their heads. Elimination of poverty is a great way to end wars and other armed conflicts. 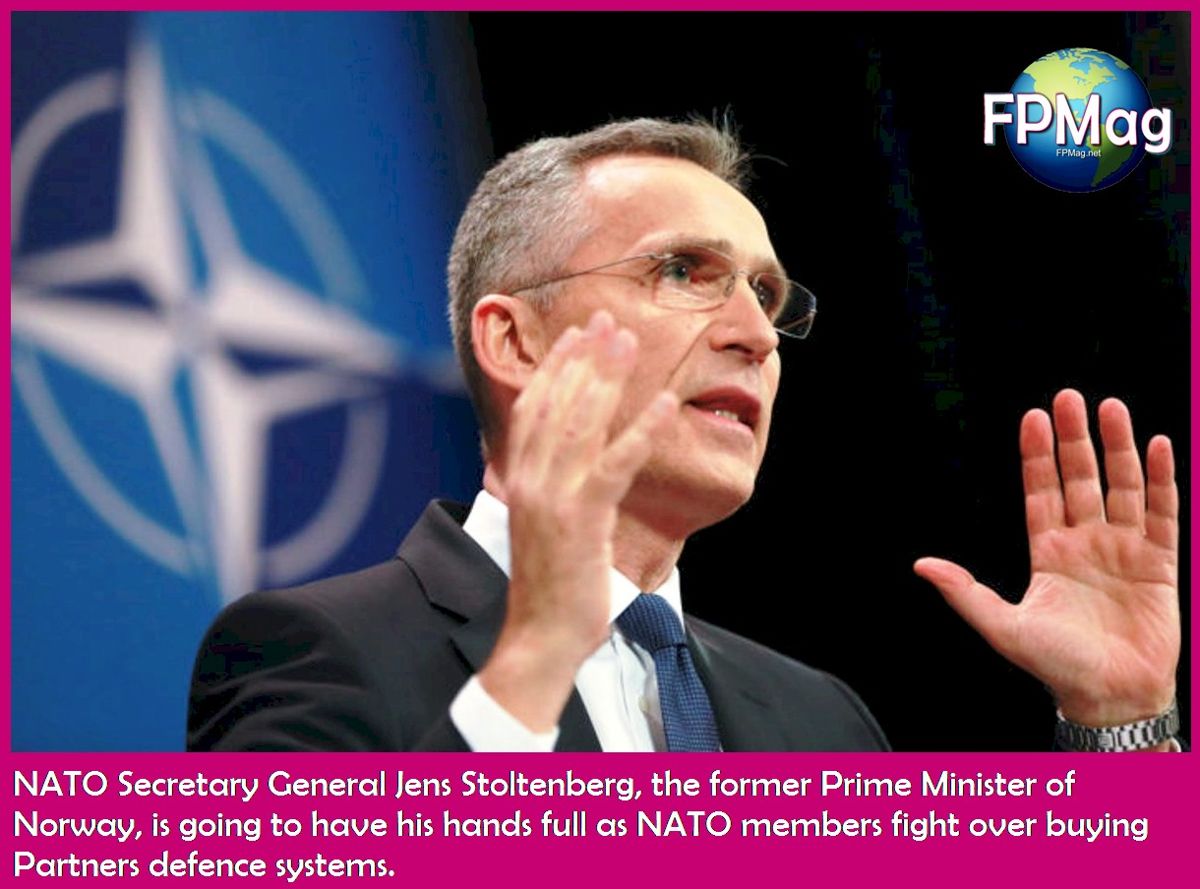 Nuclear and general disarmament would save money that is needed for example in the United States to raise 45 million people out of poverty and despair. Most of that group live under bridges and on sidewalks in the inner cities of America. And the same applies to every member of NATO.

Who are the enemies of NATO? There are no enemies. There are only members, friends and partners.

Today a number of NATO observers are worried that the the United States is on the road to killing both its relationship with Turkey and killing off the North Atlantic Treaty Alliance. That seems unlikely. Read if you wish -> Turkey with Russia’s S-400 protects 85 Million Citizens.

The current US President is blaming his predecessor for what he says are grave offenses by Turkey deciding to do business with Russia which the US President now says is an “enemy” and not a “partner” as NATO claims Russia to be.

Odd. The US President has been very friendly toward NATO-Partner Russia, why not Turkey?

The patriarch is quarreling internally about whose missile is best.

The United States has given Turkey the boot from its expensive F-35 aircraft and weapons systems project. Turkey can no longer but they 100 systems it said it would commit to buying. The US is also threatening to commence nasty sanctions against the Turkish people because it bought a competitor’s missile defence system.

These NATO men don’t seem to be anything like what they claim to be. It’s more like a dog fight with growls and biting. NATO is making less sense by the minute.

Perhaps another new role for NATO would be Peacekeeping. The UN peacekeepers have been raping the people they are supposed to protect. Maybe NATO.

This is because Turkey chose to buy an apparently better anti-aircraft system than the one the Americans were refusing to sell the Turks. Meanwhile Turkey was being slammed by the effects of several nearby civil wars and needed to defend its 85 million civilians.

The men at the US Pentagon claim that Turkey might share its secrets with Russia now that Turkey and Russia are getting along. That’s the Turkish country NATO calls a “member” and the Russian nation NATO says is a “partner”. Boys and their toys?

But Turkey has a another problem with the United States and it is extremely serious.

Imagine a beautiful, clean, happy city where commerce, the arts, love and life all flourish. Then suddenly trucks with machine guns and men armed with explosives and assault rifles arrive and start shooting and blowing things up. They are using American supplied guns.

The United States has been arming and supporting terrorists groups, claims Turkey and it has also refused to assist Turkey with the extradition of a person Turkey claims mounted a coup attempt against Ankara, allegedly orchestrated from a safe haven in the USA.

The PKK  in Turkey have caused thousands of deaths in a 40-plus-year-old armed civil conflict. This is the militia of Kurdistan Workers’ Party. They are large in numbers and are fighting with the Turks in Iraq and Syria as well as on both sides of the Turkish border and all across Turkey.

Turkey is a beautiful, sophisticated democratic nation that has an infestation of armed militants with tanks who think they can just take the things they want. The rest of humankind discovered many centuries ago that storming the Bastille walls is not the way ahead. Knock on the door and talk.

America saw its own interests and walked over Turkey’s

The USA saw the PKK and some of its allies as a surrogate militia to fight the Islamic State and al Quaeda in the Middle East. The Kurds in Iraq in 1989 and in 2003 had also helped the USA fight against Saddam Hussein.

It is complicated. The Kurdish militants have been exploited by just about every actor in the Middle East but in particular, the United States. The US has armed these groups extensively and they have used these weapons to kill Turks in addition to killing persons the USA considers enemies.

Turkey has a good rapport with most Kurds in the Middle East but the PKK  is something else.

The main issue Turkey has is with an armed militia inside its borders trying to upset the Turkish democracy and overthrow the government. Obviously American support for  for that complex network of Kurdish militants does not bode well for the relationship between Turkey and America. It’s killing Turks and slamming a breach of the peace into that democratic nation.

Both the Turks and the Americans tell this story a little differently but this explanation is simple and neutral. In any case, it raises both problems and opportunities about what to do about NATO and stop the patriarch from spending their populations’ money on war toys.

The article " Stay out Turkey! You can’t play with us any more. " was written by Author: Katie Alsop (Biography, Email) Staff Writer Feminine Perspective. FPMag correspondent for the Middle East and Europe.
Contact Katie Alsop on Twitter ~ Facebook ~ Find on YouTube