Update: The latest murder was an hour ago

Isn’t one murder enough to put a person in prison? What is happening to the world?

Does the number of murders really cause a difference in guilt once over 20 thousand violent crimes are recorded? In the case of the Philippines, there are reports of violent deaths ranging from 25,000 to 70000 over the past three years. FPMag has tracked the numbers for the past three years from the public health perspective. Read on.

One state-sponsored murder should be enough to say there is a crime.

Medical and mortuary personnel make daily reports in the Philippines of violent deaths. Violent deaths are mostly gunshot wounds to the head and center body mass and range from two to 9 bullets. The killers have failed to obscure the sources of data.

by Melissa Hemingway in Toronto with Files from Katie Alsop

FPMag has been relaying violent death numbers in the Philippines for the past three years. I am going to share how this was achieved.

Medical researchers studying morbid outbreaks are continually polling a range of resources to learn how people die and what if any trends are present. In the Philippines, an aggregate of many chronic degenerative diseases of the cardiovascular and respiratory systems account for most deaths. A large but dwindling upper-age group may help explain that. There are some other unique phenomena taking place and dozens of universities are interested. Many seek a quantum on the HIV/AIDS epidemic. Notwithstanding all that, it should suffice to say there is plenty of global interest in the public health of the Philippines.

Two factors are noted in the Philippines Death Rates. Both violent and non-violent crude death rates have grown substantially since 2015.

Since mid-2016 there has been at least a 5% increase in total deaths of around half a million. From the statistics gathered by researchers, it would seem that the crude daily death rate in the Philippines is 1,600 persons daily out of which 3.5% were violent deaths of healthy persons whose records seem truthful.

Of that 3.5% or 56 daily violent deaths, 23-27 (including a tiny number of  accidental violent deaths) are the steadily climbing typical murder rate of the Philippines about double the violent death rate in the Southeast Asia region.

Another EJK – Same Methods as always.

Data on homicide stem predominantly from two main types of source. Criminal justice data on homicide are typically recorded by the police, based on information collected when they receive or investigate details about a crime. Obviously that poses a problem in the Philippines where police corruption and misconduct is an accepted risk and tolerated as a fact of life in the Philippines.

Data on homicide can be directly generated by police forces or public prosecutors. The Philippines National Police talk about a violent death rate that is very low, far lower than the history of the Philippines.

In 2014 for example, the Philippines had a homicide rate slightly more than double the Southeast Asia average (8.8 versus 4.3 murders per 100,000 population).

Public health data, however,  reflects information collected by the public health or medical service and, at the global level, from a dataset produced by the World Health Organization (WHO).

The Method of the Killings

This video below tells the start of a heart-wrenching story that has ripped the hearts of hundreds of people in the center families and extended families of their community. The men you see are police officers and what they are doing is conducting a pre-planned murder, under orders, of many people. They did not know about the hidden cameras. These are segments from different cameras edited for time. The originals are in the right hands.  I leave out the stories of the lives this has hurt but I have it in my heart from those I have interviewed. Please show respect for yourself and others. – Melissa

Read if you wish: In the Philippines, Buzz is for Bees. Studies are one thing but what about human lives, our friends and our families?

The biggest problem for researchers is that when the government is conducting the violent deaths, it doesn’t track the deaths but covers them up. There are however indicators within the medical and statistical worlds that can be tracked.

There are only 69,000 doctors in the Philippines. Not all are practicing medicine. For a population of 105 million, that number is very low.

A doctor must sign the death certificate documentation if there is any, for each patient death. Some doctors are saying they are cajoled into signing causes of death they have no information about. This information is impossible to track down and quantify. Some doctors work closely with police.

This video below shows an actual Death Squad killing. It is your choice to watch or not. 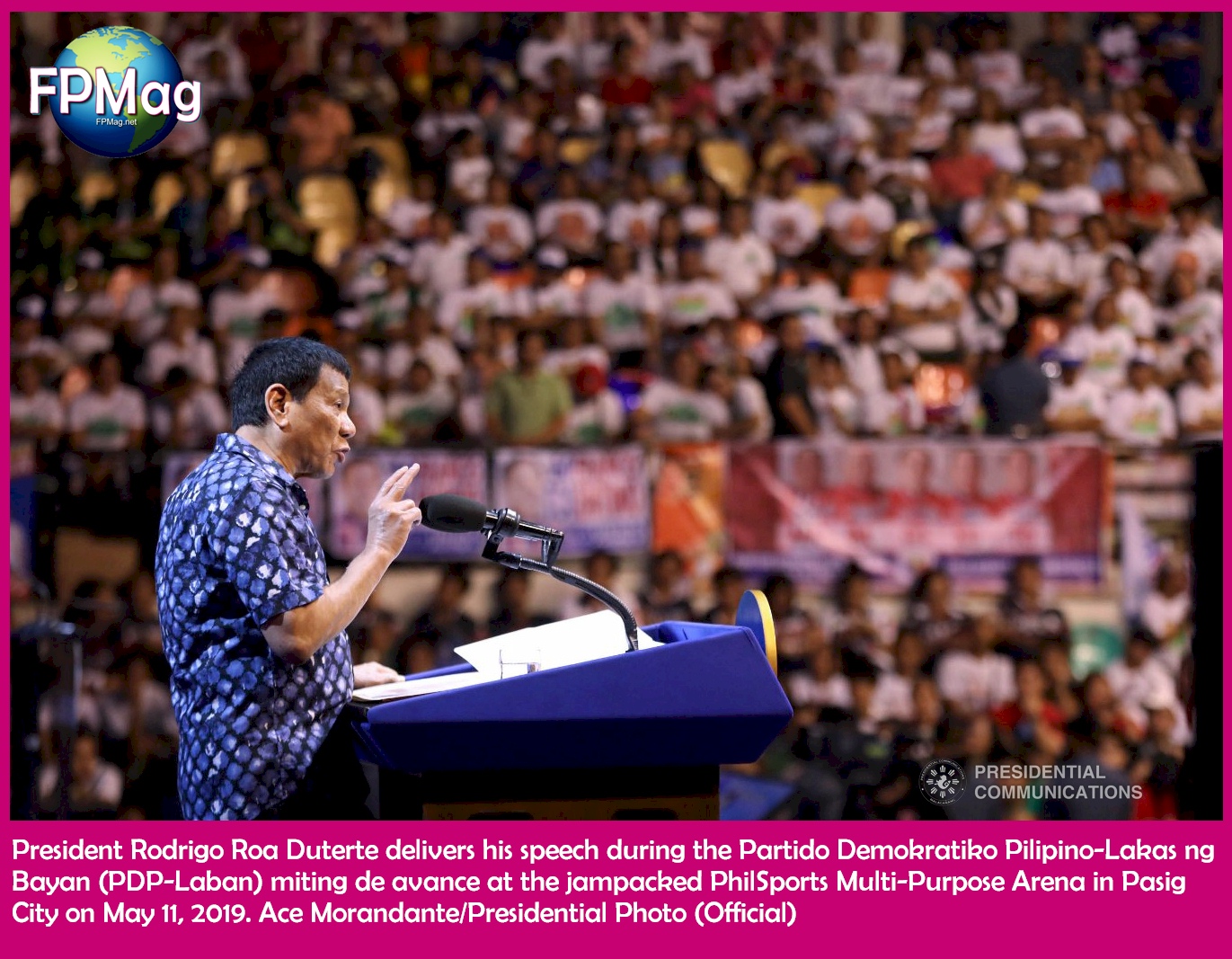 Annual violent deaths have increased from  10,710 to 20,580 per year during the Duterte Administration.

Of that, the increase in daily crude death rate, minus the expected fluctuations due to communicable disease and natural disasters like typhoons and earthquakes; and minus the known rate of chronic illness deaths which are all tracked today as they always were, non violent deaths have fluctuated upwards about 5% per year since mid 2016.

FPMag researchers calculate from available data that there probably is a crude violent daily death rate, at this time, in the Philippines, of between 45 and 56.4.

Annual violent deaths have increased from  10,710 to 20,580 per year during the Duterte Administration. These numbers take into consideration and exclude a blip in the violent death rate in 2017 of 1050 militants, soldiers and civilians in armed conflicts on Mindanao Island,

There will be more studies to indicate who and how these numbers relate.

The Duterte regime in Manila, Philippines is verbally attacking Iceland and the United Nations Human Rights Council. The topmost UN body dealing with human rights approved an Iceland-sponsored resolution mandating an extensive investigation into the extrajudicial killings under the current Philippines President.

Rodrigo Duterte, according to Presidential Spokesperson Salvador Panelo,  who said in a statement on Monday following the Council’s Friday decision, that Duterte “is seriously considering cutting diplomatic relations with Iceland”.

“If you have actually seen these vigilante gunmen (video) kill their targets,” says Fred Harris, an IT specialist in Manila, “it’s quite a scary awakening that it can happen to anybody. Speak badly about the President and you are dead. It is as simple as that.”

“But the people in Iceland are far beyond President Duterte’s reach,” Mr. Harris notes,  “and the leadership of that country has barely raised the flag on extrajudicial killings in the Philippines by winning support of 18 among the 47-member United Nations Human Rights Council. It’s not going to change anything and we are all in greater danger.”

The UNHR Council is to investigate the crimes and deliver a report to the Council at the end of the year.

Iceland was elected to the Council on 13 July 2018 to serve as a member from 13 July 2018 to 31 December 2019 to fill the vacancy left by the United States following its decision to withdraw its membership. 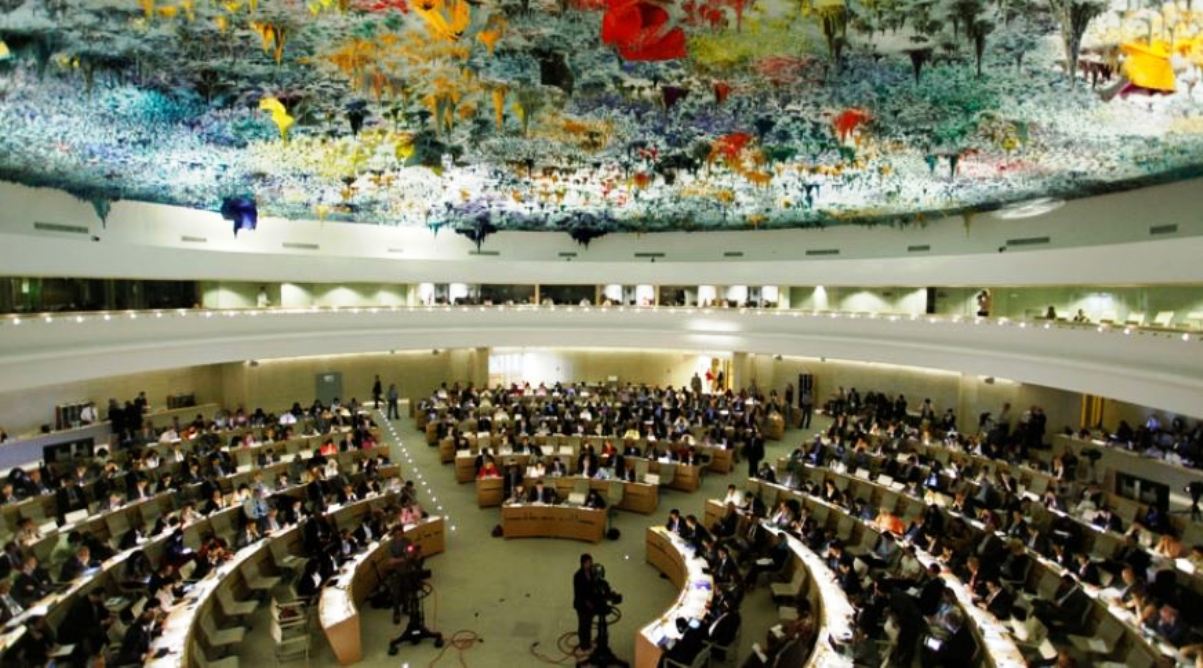 The Philippines membership continues through 2021. It was elected by the United Nations General Assembly as a new UNHRC member on 12 Oct. 2018.

While there have been reported threats from Duterte of pulling the country out of the UNHRC  and terminating diplomatic relations with Iceland, that has not come to pass in the six days since the Council’s pronouncement.

The head of the Philippines National Police, which has been accused of thousands of extrajudicial killings, claimed that the Communist Party of the Philippines could be  behind the formulation of the resolution because it has “contacts and connections” in the United Nations and that this “enemy” may have swayed the actions of the UN.

“My Only Sin is the extrajudicial killings,” bragged Duterte.

“I told the military, what is my fault? Did I steal even one peso?” said Duterte. “My only sin is the extrajudicial killings.”

The top 12 alleged criminals charged in the International Criminal Court 23 April 2017 and still threatening the rapporteurs of the UNHRC are as follows.

Here are the numbers. The Philippines Extrajudicial Killings [In-Depth] https://t.co/mtOA4RM4Oz