Governments are elected to govern, not to kill us.

Two notoriously rude leaders are pushing for the death penalty, in a world that has in the vast majority walked away from capital punishment.

Rodrigo Duterte of the Philippines, which is embroiled with UN and the ICC in an EJK scandal; and Donald Trump of the United States which for nearly half of its states has walked away from capital punishment.

by Micheal John and Melissa Hemingway in Toronto

Both Trump and Duterte rule with fear and anger. 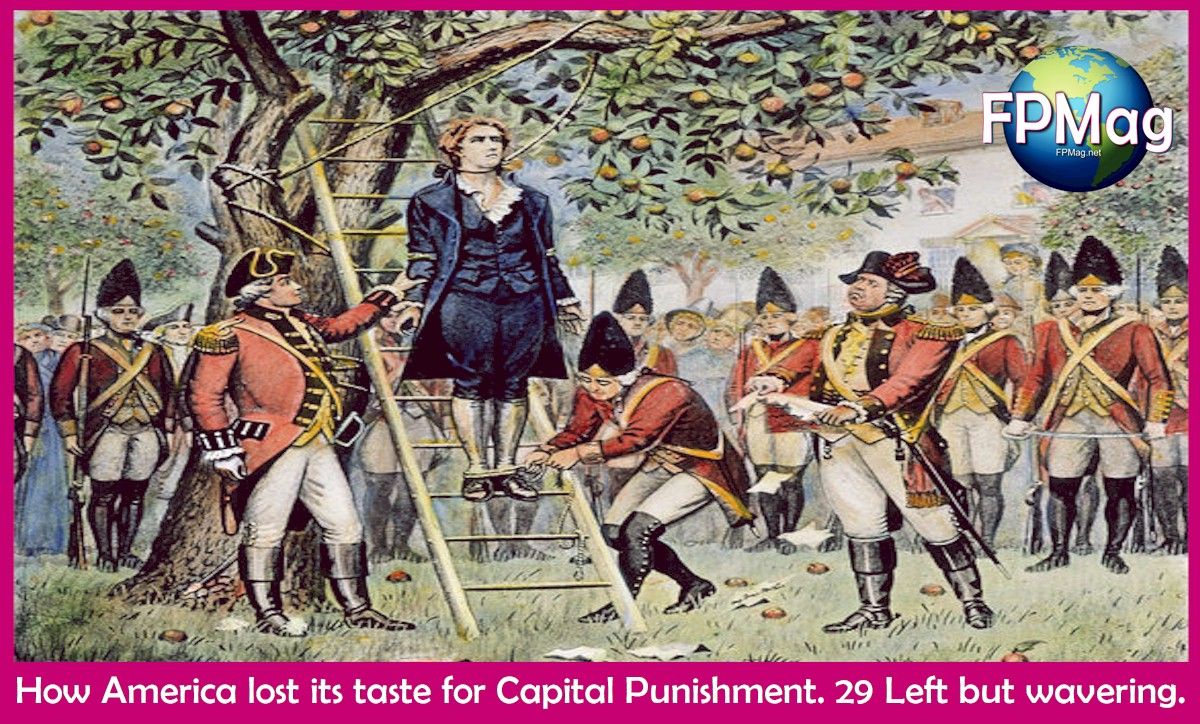 Duterte and Trump kill people, berate people and divide people over emotional issues. They are in love with their power and are masters of the lie,  masters of manipulation. Their self-serving opportunism and self-aggrandizement is reminiscent of history lectures and watching black and white newsreels of Hitler from the 1930s.

Concomitantly, both leaders have been diagnosed as sociopaths and at times psychopaths by eminently qualified psychiatrists. In the case of Trump, there is a movement of psychiatric professionals called “Duty to Warn” wherein a lot of diagnosing has been done. In Duterte’s case there is a late 1990s psychiatric evaluation filed in the Philippines Court as part of a divorce clash. It may be gone now since Duterte gained control of the Court and other institutions in the Philippines.

Nathaniel H. Robin MD with Meagan B. Farmer have together published their considered interpretation of “Duty to Warn”. Obviously thousands of mental health professionals have raised the roof on this issue.

“The duty to warn refers to the responsibility of a clinician and/or a patient to disclose genetic information to at-risk individuals,” says Robin and Farmer.

They continue to say: “A basis for justifying a limited exception to the rule of patient confidentiality when a patient of a psychiatrist makes an explicit, serious threat of grave bodily harm to an identifiable person(s) in the imminent future. The scope of this warning is limited to the potential victim(s) or appropriate law enforcement agency, and the health-care provider may divulge only enough information to convey the threat of harm.”

Kimberly Leonard wrote in the Washington Examiner this week that, “Dr. James Merikangas, a psychiatrist from George Washington University, has said the chanting at Trump’s rallies were reminiscent of “Nuremberg rallies that Adolf Hitler had.”

He did not cite specific examples, but Trump rally-goers have chanted “lock her up” about Hillary Clinton and recently chanted “send her back” of Democratic congresswoman Ilhan Omar of Minnesota, who was born in Somalia.

“We believe he is a danger to the public,” Merikangas said of Trump.

Conclusion about these personalities: The pitch for the Death Penalty is about the personality disorders of Trump and Duterte and not the requirement of their nations.

Is it murder when the state kills?

In the Philippines the government has been using kill teams of police and vigilantes to kill people the government does not like. In the United States people sit on death row for the rest of their lives or until Trump orders their execution as was the case yesterday.

Perverse message: I must tell my nine-year-old daughter that we are going to kill someone to teach you not to kill.

“We know we have killed people who did not commit the crime,” says Gavin Newsom

The Innocence Project in the USA says “362 people previously convicted of serious crimes in the United States had been exonerated by DNA testing since 1989, 20 of whom had been sentenced to death. Almost all (99%) of the wrongful convictions were of males, with minority groups constituting approximately 70%”. Couple this with the Blackstone Ratio and the death penalty is off the table.

The Blackstone Ratio of 10 May be the lowest.

Dare we offer you the Torah of Truth?

It is better and more satisfactory to acquit a thousand guilty persons than to put a single innocent one to death.  Commandment 290.

The 290th prohibition is that we are forbidden from punishing someone based on our estimation [without actual testimony], even if his guilt is virtually certain. An example of this is a person who was chasing after his enemy to kill him. The pursued escaped into a house and the pursuer entered the house after him. We enter the house after them and find the victim lying murdered, with the pursuer standing over him holding a knife, with both covered with blood. The Sanhedrin may not inflict the death penalty on this pursuer since there were no witnesses who actually saw the murder.

The Torah of Truth (Toras Emess) comes to prohibit his execution with G‑d‘s statement2(exalted be He), “Do not kill a person who has not been proven guilty.”  (Translated by Berel Bell for Chabad.org Library)

The 290th prohibition is also reflected in common law among the Commonwealth of Nations.

Analysis of 290’s Anecdote in context of 21st Century Court

Once the crime has been committed in this instance, the citizen walking into the scene has no powers whatsoever, only obligations. The citizen has a fiduciary responsibility to report the apparent crime.

That’s a little bit hard on the citizen witness but it protects the rights of a person who looks like the pursuer.

He walked in from the kitchen, wearing the same style clothes as the pursued person. He was making a peanut butter sandwich when he heard a scuffle and the back door slam. Absolutely flabbergasted and not knowing what to do, the short-order sandwich maker pulled the knife out of the victim during his attempt to resuscitate or determine the vitals of the victim. Sandwich guy stands up shocked to be with a dead person, covered in blood, holding the knife, looking around to see who did the murder, worried he might be next.

The crime has ended. The indictable offense has been committed. There are no events apparent that are contiguous to the crime sufficient to enable powers of arrest to a citizen.

Issuing a punitive sentence based on circumstantial evidence is an epic failure of justice.

It is strange that America, which holds in such high esteem its Israeli friends, does not abide the very ancient and wise law of the The Torah of Truth (Toras Emess).

Having hanged far too many innocent people, the USA has twenty states and more about to walk away from Capital punishment. Those states that continue the death penalty including users of the electric chair, tend to be very racist states where the death penalty, if statistics are truthful, are using the statute to trim the numbers of black people (Alabama for example).

America is conducting extra judicial killing under the guise of jurisprudence.