There is nothing on this Earth to be more worried about this week than the catastrophic turn toward a nuclear arms race between the United States, Russia, China and Europe.

The end of the six-month cancellation notice is here. On Friday it will be 6-months since Donald Trump cancelled the United States’ participation in the INF. 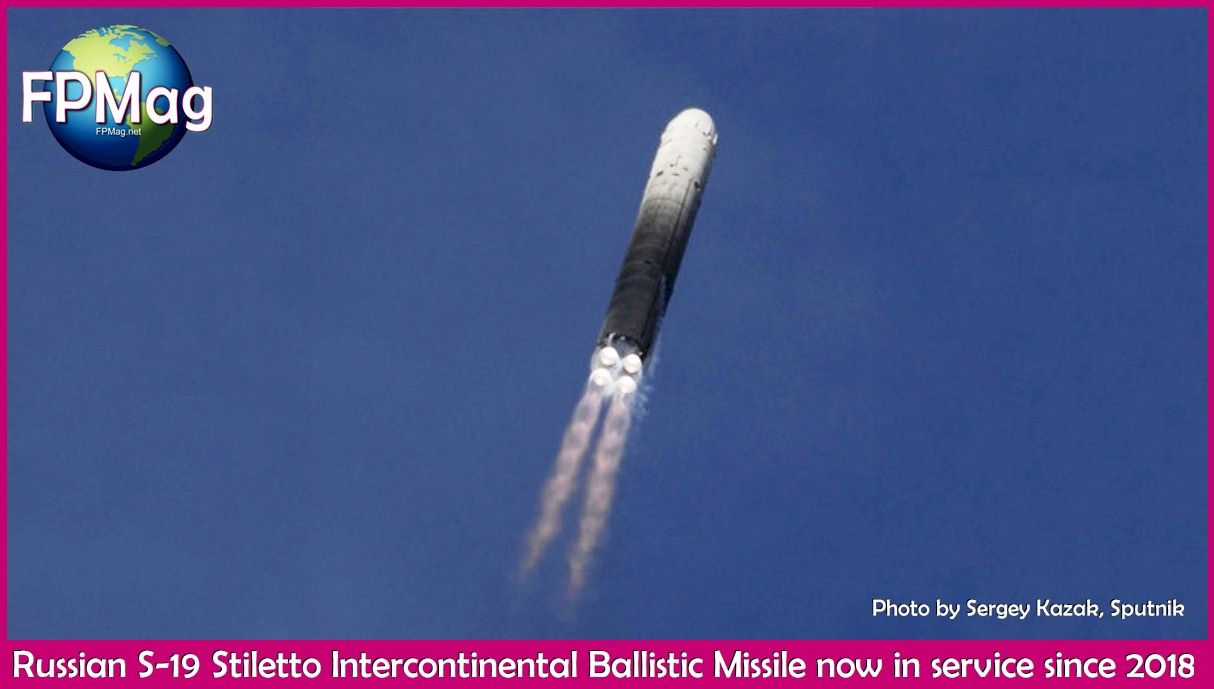 Russian policy has been clear on this. It’s leadership does not want any part of a nuclear arms race. For one thing, the economy of the Russian Federation is not strong enough to compete at the level of the aggregate wealth of the NATO nations.

Russia has updated its long-range geriatric nuclear weapons systems inherited from the Soviet Union but has done so in a frugal and realistic manner. This happens in order to prevent accidents from decaying old missiles and warheads.

Vladimir Putin is not the man he used to be. He mellowed. Mr. Putin is the most seasoned statesman the world has officially in office. He is paralleled by Xi Jinping but not matched. But they both love their country and care about their nations’ people.

Russia is not the Soviet Union.

Russia is not an enemy of anyone. In WWII it was an ally to all the forces fighting the advance of the Nazis.

Russia was one of the few nations that repelled an invasion of Nazis, but its losses were absolutely horrific. Nobody suffered the horrible insanity of the Nazis like the Russian people did. That left the people of Russia mistrusting of anyone who is not them. It is a very sad legacy. The West made that worse for nearly 75 years. Maybe the world will come to realize the cultural beauty of Russia as Russians celebrate their 75th Victory anniversary. It will be an extraordinary celebration with plenty of shared knowledge the world should study.

Russians love their country. They have good leadership.

Russia may be closer to being a practical Western-style democracy in a de facto sense because the West’s leadership has deceived, brainwashed even, and betrayed its populations so extensively it left people out of the process of formulating public policy. The public cannot help create public policy if government cannot tell the truth about its own conduct.

In the West and in Russia too, people do not benefit from their own achievements in the way they should. Far too much money is spent on their patriarch’s tools of destruction. This is a strong argument for nuclear disarmament.

Russia does not present a cause for nuclear armament. It’s only been trying to prevent what happened 75 years ago.

Funding for missiles you will see in the videos below may have used the money that would have cured cancer or fed the poor for a year or more in a many nations.

But The Weapons Grow Meaner

The US Air Force, if it maintains its schedule, will be launch testing new prototype ICBMs in a few months or more. Its project seeks improved range, durability, targeting technology and overall lethality. The program has been named the Ground Based Strategic Deterrent, or GBSD.

The USAF plans to build as many as 400 new GBSD weapons to replace the 70s-built Boeing Minuteman IIIs.

The European Union doesn’t entirely trust the United States so it wants to acquire nuclear weapons, perhaps by sharing some of France’s warheads. Those are nasty weapons but they are not as powerful as what Russia and the United States are developing as replacements or their aging, dangerous missiles and warheads. Thus far, Russia appears to have been more responsible then the USA which has been lavishing its corrupt government with continued peace dividends.

Instead of upgrading old systems, by now, nuclear disarmament should have happened. But the world is controlled by rotten men whose greed has put money over human lives. Selling weapons pays high profits and puts the sellers in $20+ million dollar mansions.

The new nuclear bombs kill a 2-5 million people in the first flash.

Chairman Kim Jong-un was wise to finish the development of his country’s nuclear weapons. It has lived in the shadow of fear since 1953. It now needs to fix its economy and join the rest of the world. Mr. Kim’s “train diplomacy” has been very worthwhile.

Mr. Kim has what he wanted: a seat at the global nuclear disarmament table. Let’s see if this man has ideas that could lead build a better tomorrow for everyone. It’s possible. We don’t know. The world has excluded North Korea, and vice versa, for too long.

The most extraordinary event in our times was seeing President Moon Jae-in and Chairman Kim Jong-un working things out together. Mr. Kim ends that process at his peril. He needs to get that back on track before he loses all the credit he has earned.

No point in waiting for Donald Trump to go, he has only brought out to the surface what has already been there: America the Bully.

America is nobody’s friend. That became first apparent in Nagasaki and Hiroshima following a history full of bloody conflicts.

The US wants North Korea and Iran plus South Africa and South Korea to forego their wish list of nuclear weapons meanwhile it is spending billions to increase its own number of higher-yield warheads using the latest technology delivery systems.

That’s not going to fly.

Seeking non-proliferation while entering a new phase of a nuclear arms race is the pure foolhardiness of sociopaths. Intelligent people see past this disingenuous logic.

Donald Trump is an old con man who never found out that there are some people smarter than himself.

Trump made a life out of ripping off  those so vulnerable they believed his lies. He didn’t encounter smart people because they stayed clear of him.

Trump doesn’t know that, even now. Trump lies habitually not knowing that not everyone is like the long string of financial fraud and sexual misconduct victims in his past.

Trump actually believes he is fooling everyone as he spews one lie after another. Moreover they are stupid lies.

But Trump has served the world. He brought out the worst of America. It’s a wake up call to the world. “You have been conned,” rings the alarm.

The United States violated the 1987 Intermediate-Range Nuclear Forces (INF) Treaty with Russia by testing forbidden weapons systems and by deploying in Romania and Poland its cruise missile launch systems.

The United States has also violated the the Paris Agreement within the United Nations Framework Convention on Climate Change, dealing with greenhouse-gas-emissions mitigation, adaptation, and finance, signed by the United States in 2016.

On 8 May 2018, US President Donald Trump announced Washington’s withdrawal from the JCPOA.

But the INF prohibited ballistic and cruise missiles with a range of 500-5500 kilometers. This changes the security of Europe in a very negative way. It allows the US to play nuclear war games against Russia and Iran from within Europe, putting all those countries at risk but not its own territory.

Every person in the world needs to be told that the only way ahead for the human race is to end the focus on self-destruction and shift toward mutual self-improvement. Join Voices for nuclear disarmament.

Allowing the few men who hold power to have more powerful nuclear weapons is going to lead to Earth’s destruction because there will be those who will storm the walls of ill-begotten power.

Rational Thinking Leaders Must Withdraw from NATO, a tool for a Nuclear Arms Race