US Nuke Base for bombing Iranians illegally occupies Chagos Archipelago

What’s worse is that the “United States commit crimes against humanity to drive out the inhabitants of Chagos in 1972,” say the former residents.

And worse yet, the US is preparing to launch bombers from Diego Garcia to kill Iranians as it has killed a million Iraqis, Afghanis and Libyans in the years past since 1990.

“Killing Iranian and Iraqi Civilians is not ‘OK’. Nor is what America did to  the Chagossians,” says Human Rights Defenders.

Michele Francis of the global women’s rights group RINJ Women says she wants her organization to “file charges against Britain and America in the International Criminal Court against specific persons who commit serious crimes in the process of depopulating the Chagos Archipelago which of itself is illegal,” she says.

The Chagos islands were forcibly depopulated in the late 1960s and early 1970s by Britain and America. “The crimes against our people were heinous”, says the Chagossian delegation seeking return of their islands.

‘Britain and America forcibly removed the population and commit serious crimes in the process.’

That’s what the Prime Minister of Mauritius says. Mauritius owns the Chagos Islands according to the International Court of Justice ruling on 25 February 2019, despite Britain’s forced colonization.

According to the Court, “the process of decolonization of Mauritius was not lawfully completed when that country acceded to independence”.

“Decolonization” refers to the undoing of forced colonization of territories in the Napoleonic Wars era. The United Nations has agreed that such theft of territories should be reversed and that process has been underway for decades.

“The United Kingdom is under an obligation to bring to an end its administration of the Chagos Archipelago as rapidly as possible,” said the International Court of Justice nearly a year ago.

The UN General Assembly concurred in May of 2019 and ruled the British/American conduct in the Chagos Archipelago unlawful, and said, “get out”. 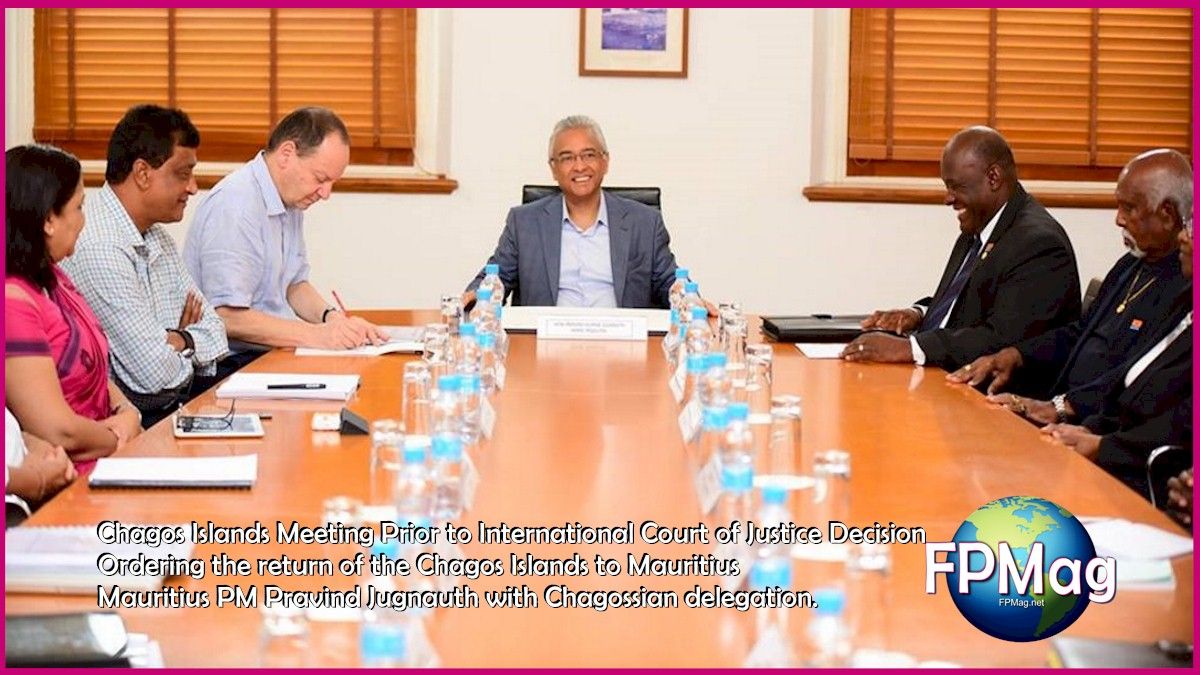 Pravind Jugnauth, (PM Mauritius and Chagos Islands) said publicly last December that he would study the chances of success bringing charges of crimes against humanity under the Rome Statute of the International Criminal Court against individual British officials involved in the forced expulsion of the Chagossians.

Chagos Islands’ Diego Garcia Nuclear Missile Base was the launch airbase for hundreds of thousands of bombing deaths in the Middle East over the past 40 years.

The UN Secretary General’s impassioned plea for peace a week ago Monday seem to have fallen on deaf ears.

Now the US Air Force is sending six B-52 nuclear bombers to Diego Garcia to join its existing squadrons of B2 bombers in the Chagos Islands. Citing a US official, CNN last week reported that the bombers will be “available for operations against Iran if ordered.”

Not only are America’s attacks from Diego Garcia in violation of right-to-life statutes and global values, but just being there is illegal.

Britain calls the Chagos Islands the “British Indian Ocean Territory” and it leases the alleged sanctuary to the United States for a multi-service military base that is capable of launching intercontinental and medium range nuclear missiles as well as bombers and naval fleets. But Britain doesn’t own the territory it leases and America, the lessee is guilty of forced relocation of Diego Garcia’s indigenous peoples.

The United Nations General Assembly told Britain this arrangement is “illegal” in May 2019.

“The General Assembly adopted a resolution today welcoming a 25 February 2019 International Court of Justice advisory opinion on the legal consequences of separating the Chagos Archipelago from Mauritius in 1965, demanding that the United Kingdom unconditionally withdraw its colonial administration from the area within six months,” according to the UN.

“By a recorded vote of 116 in favour, to 6 against (Australia, Hungary, Israel, Maldives, United Kingdom, United States), with 56 abstentions, the Assembly affirmed that doing so — in accordance with the advisory opinion — would enable Mauritius to complete the decolonization of its territory as soon as possible,” reads a statement issued by the United Nations.

Americans at Diego Garcia were not only brutal to Chagossians, killing their pets and burning their villages, but today they are infamous for exploiting labourers from the Philippines.

The exploitation of workers from the Philippines at Diego Garcia military base in the US-invaded Chagos Islands, continues.

Employment in the Philippines is so bad that most non-military workers at Diego Garcia are Filipino because they are desperate for work and easily exploited. They earn between two and three dollars an hour, if they are lucky.

But that isn’t the big problem at this nuclear missile base.

The island was stolen from the nation of Mauritius and the people of the Chagos archipelago were forcibly removed in a genocidal crime committed by America and Great Britain. The International Court of Justice and an overwhelming vote of the UN General Assembly has ruled the theft of the islands as unlawful.

Human rights defenders are appalled at the mistreatment of the Chagossians and the years they have spent homeless. 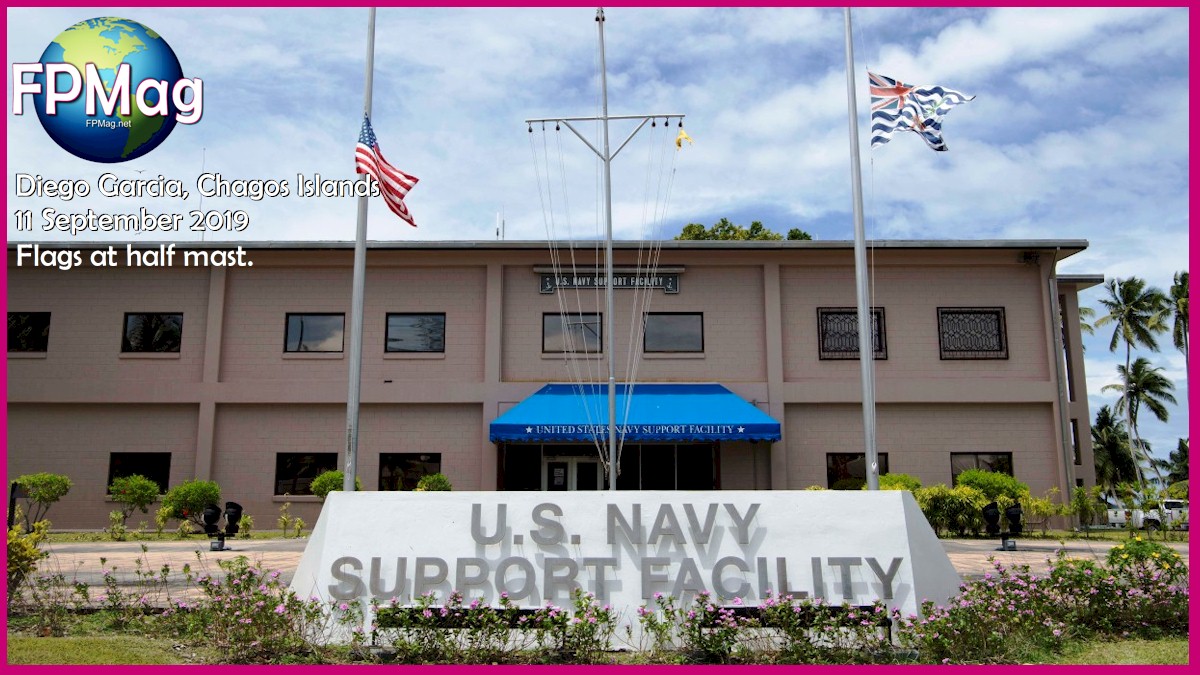 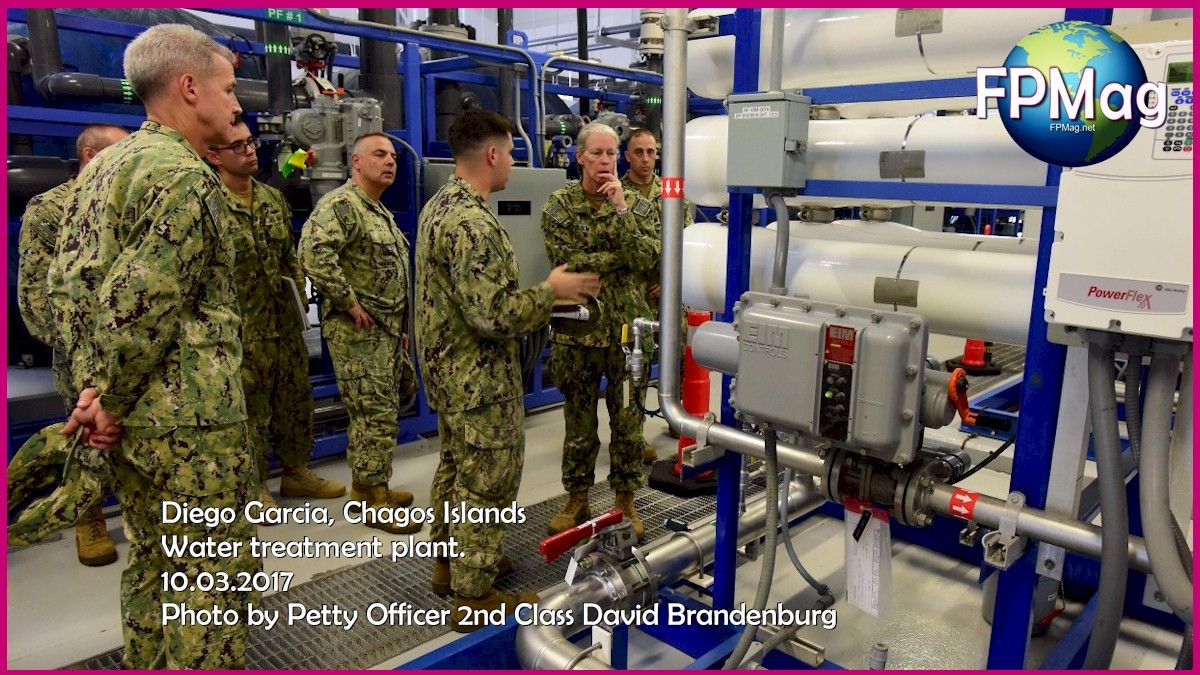 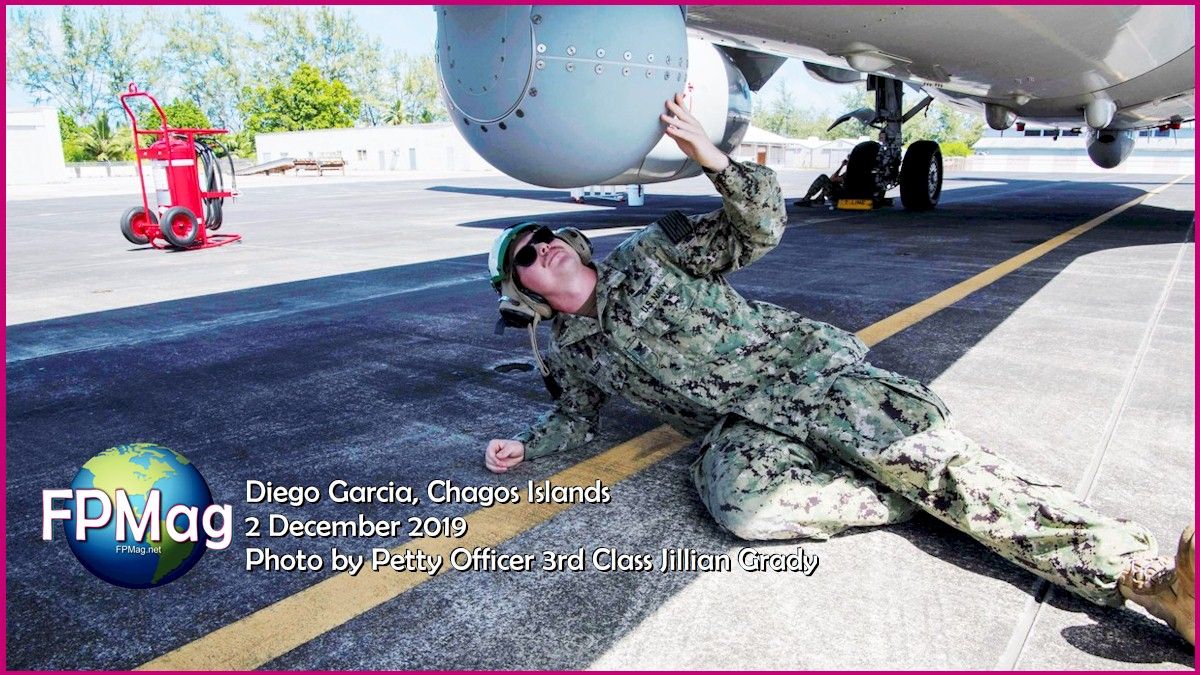 The Case of the Chagos Archipelago Crimes puts Britain in serious violation of UN Resolutions while it operates a nuclear weapons base in a Nuclear-Free zone of Africa and the original inhabitants live in forced exile. Does Britain now see … Continue reading

Posted on October 8, 2019 by Sharon Santiago

Pierre Prosper, chair of the Seychelles-based Chagossians is planning to lead a group of Chagossians to their islands which in May 2019 were ordered by the UN General Assembly to be returned by Britain to the Chagossians  people. by Sharon … Continue reading

Britain and America must get out of Chagos Islands. [Analysis]

Lessons from the Weekend A tiny percentile of large groups might be willing to break the rule of law. Those few dozen scoundrels who behaved in an unruly fashion this weekend in Hong Kong, thus disrespecting their fellow citizens, tried . Continue reading

The Philippines is a victimized innocent in one of Trump’s wars. But not just the delightfully innocent Filipinos, all Asians are in grave danger as war looms ominously in the heads of some hawkish old men in the White House. … Continue reading

Indeed, the return of the Chagos Islands was expressly agreed in the Lancaster House agreement of September 23, 1965. Now it is a Court decision.   A nation’s military and geo-strategic interests cannot, under international law, prevail over the sovereign . Continue reading

UN: Britain and America must surrender Chagos Islands to Mauritius. What about their Crime Against Humanity?

In February Abdulqawi Ahmed Yusuf of the International Court of Justice in the Hague told Britain, “The UK has an obligation to bring to an end its administration of the Chagos archipelago as rapidly as possible.” Mauritius owns the Chagos . Continue reading

Britain and USA Stole a Nation [Chagos Islands In Depth] They must now give it back before Christmas 2019. Doing so: Ends the illegal nuclearization of the African Archipelago; Reduces the threat of nuclear war causing retaliation against Africa; Forms . Continue reading

Chagos. The final outcome of the Bancoult Case [Academia]

In the matter of the British and American colonization of the Chagos Islands in the African Archipelago. FPMag makes available the full text of the UK Court of Appeal on The Application of Bancoult Versus the UK Secretary of State . Continue reading