Are American officials indifferent to the human suffering caused by war? The American assassination of many officials in Iraq including senior Iraqi and Iranian officials gives to have given that impression to the millions of women and their families taking to the streets of cities around the world.

The silence from Washington over its slaughter of a bus load of kids in Yemen, on 9 August 2018, suggests there is something terribly wrong in America. World populations seem to be sensing this creeping odiousness.

FPMag is receiving reports of protests building around the globe against the United States military’s aerial attack that killed a dozen significant officials in the city of Baghdad, Iraq. Adil Abdul-Mahdi, Prime Minister of Iraq, said that he was scheduled to meet Soleimani on the day the attack happened, with the purpose of the Soleimani trip was that Soleimani was delivering Iran’s response to a previous message from Saudi Arabia which Iraq had relayed. Abdul-Mahdi also stated that before the attack, Trump had called him to request that Abdul-Mahdi mediate the conflict between the U.S. and Iran.

Abdul-Mahdi and the Iraqi parliament have each said they want the United States military out of Iraq with all available haste. Donald Trump, as if ignoring his accountability in the whole affair, threatened Iraq with sanctions worse than those applied against Iran and insisted that the USA would refuse to leave Iraq.

Americans across the country are demanding Trump step down. 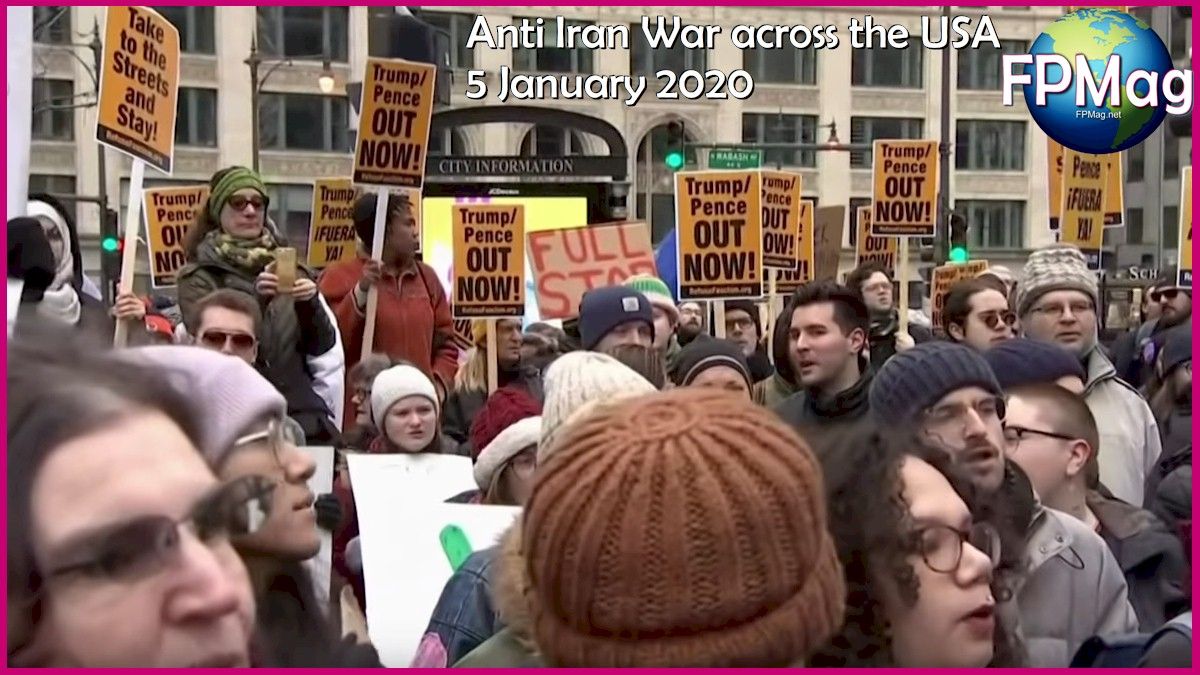 Following the unprovoked attack in Baghdad by US Forces, angry protestors are demanding the resignation of Trump and Pence as protests across the United States build toward the coming weekend.   Photo Art/Cropping: Rosa Yamamoto FPMag Photo credit: YouTube

“The United States is spending close to a trillion US dollars per year on national defence and the responsible application of that is the murder of Iraqi and Iranian officials at the Baghdad commercial airport,” exclaims Simon Baldock rhetorically. Mr. Baldock is an Israeli security analyst who does not agree with Israel’s, “blind support for war against Iran”. 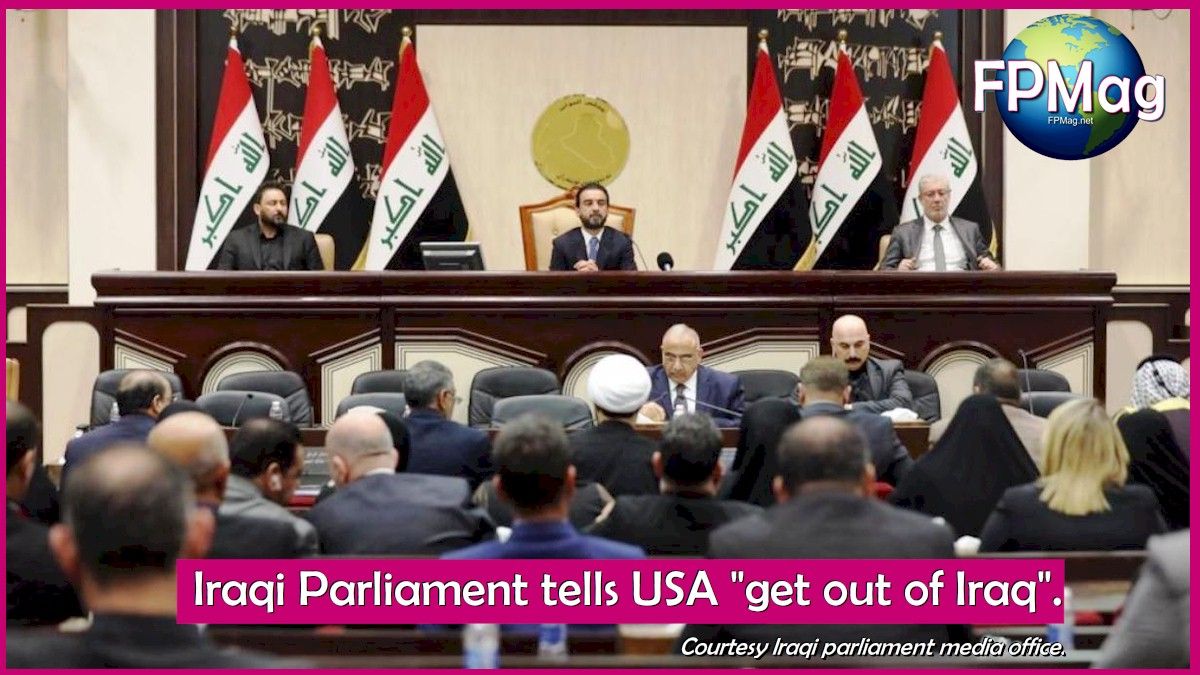 “I have been following the recent rise in global tensions with great concern,” he said. ” I am in constant contact with leading officials around the world.  My message is simple and clear:

“As always, ordinary people pay the highest price [caused by war].  It is our common duty to avoid it,” added Guterres.

Focus is on Iranian-Hero Qassem Soleimani but a total of a dozen were mass-murdered by the US including senior Iraqi officials including support staffers.

“When the Islamic state entered Mosul Iraq,” says Jessica Williams, a nurse training humanitarian medical workers in the city at that time, the American-trained Iraqi Army dropped its weapons and fled Mosul. They left behind over 100 American tanks and Humvees and rows upon rows of artillery pieces all of which the Islamic State fighters used against the 2 million people of Mosul, she added.”

“Next, the Iraqi military took the advice of Shiite ministers in the Iraqi government and invited Mag-Gen. Qassem Suleimani to bring his specialized militia forces into Iraq and begin training volunteers and paid militia in the fight against ISIS,” noted the Nurse Practitioner speaking from Erbil, where her group has been evacuating some vulnerable crews.

“We began seeing these Shia militias near the road to Tal Afar, Hwy 47, and we set up liaisons for the escorted supply of medical outposts. We did not come to appreciate them until 17 October 2016 when they began to fight ferociously against ISIS.

“We have no complaints against the government in Baghdad which paid salaries of medical workers for most of the time of the occupation. Baghdad provided much assistance getting medical supplies for civilians into Mosul and accepting patients in dire circumstances. ISIS cooperated in releasing civilian patients needing specialized care in Baghdad. We used these cases as an opportunity to smuggle hundreds of Moslawis out of the city including many University kids whose parents did not want their education interrupted,” the nurse explained.

“We also had no complaints against the Shia militias although we were leary at first because most Moslawis feared or hated the Shiites because the locals were primarily Sunni Muslims and seem to have some antipathy toward their Shia countrymen, a community that represents almost 70% of the nation’s population. The Shia militias were also very effective killers. They took Tal Afar on their own.”

“America has a bad record of mistreatment of Iraqi Shia, so we could never explain our rapport with the Shia militias,” says the Mosul medical practitioner.

“They now treat us like an enemy in any case,” she added.

Among the mass-murdered Shiites killed in America’s claimed strike at Iran taking place in a third country, was a revered Iranian official, Mag-Gen. Qassem Suleimani and his assistant, Mag-Gen. Hossein Pourjafari. Their families have been outspoken against the United States.

Millions of Iranians have taken to the streets to mourn the loss of the man who was a close friend of the President and Supreme Leader of Iran. General Suleimani raised his esteem by working with the United States and the Iraqi forces in defeating ISIS in Syria and Iraq leading over 100,000 Iranian militia fighters in that fight.

“We will respond lawfully, we are not lawless people like President Trump.”

India protest outside US Embassy in New Delhi

Photo credits: The following images are screen captures from current YouTube videos around the world. 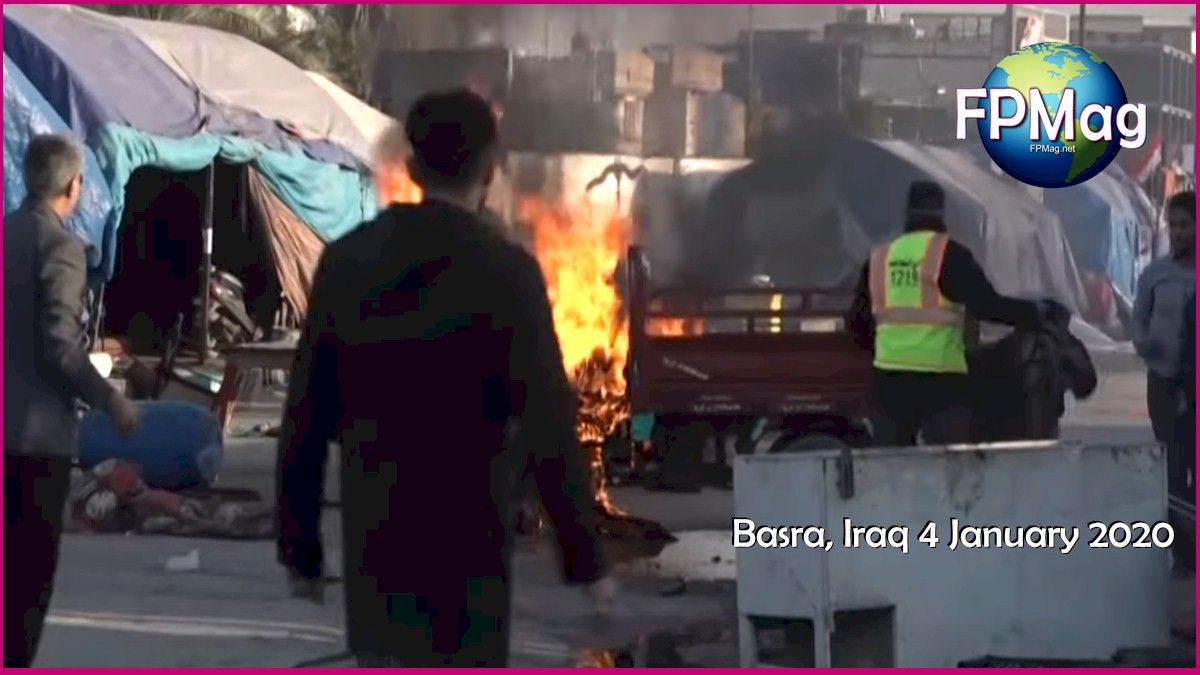 Protests across all of Iraq condemn the US violation of Iraq soverignty on 3 January when the United States launched an attack at the Baghdad airport and killed a dozen officials. 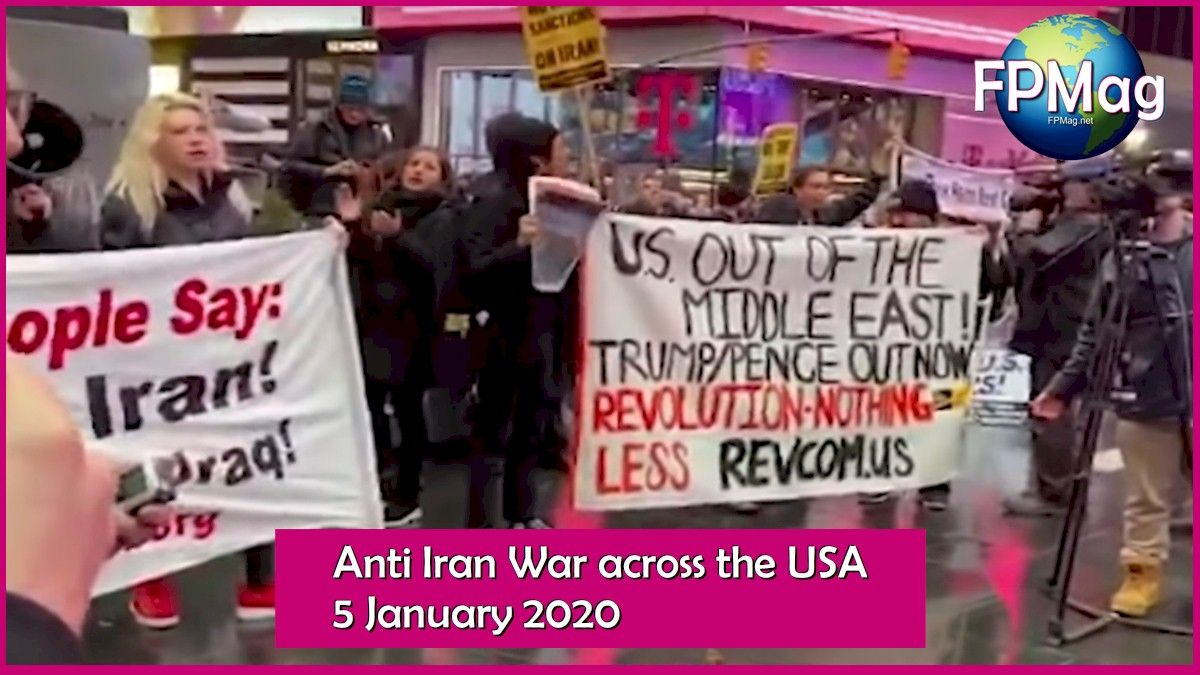 Protests around the world are growing. In the coming weekend the world is expected to be in total revolt against the United States which has murdered a dozen officials in Iraq

Peace Plan Hits the table with barely a sound.

The global civil society women’s group RINJ has advanced a peace proposal it is urging all parties to talk about. 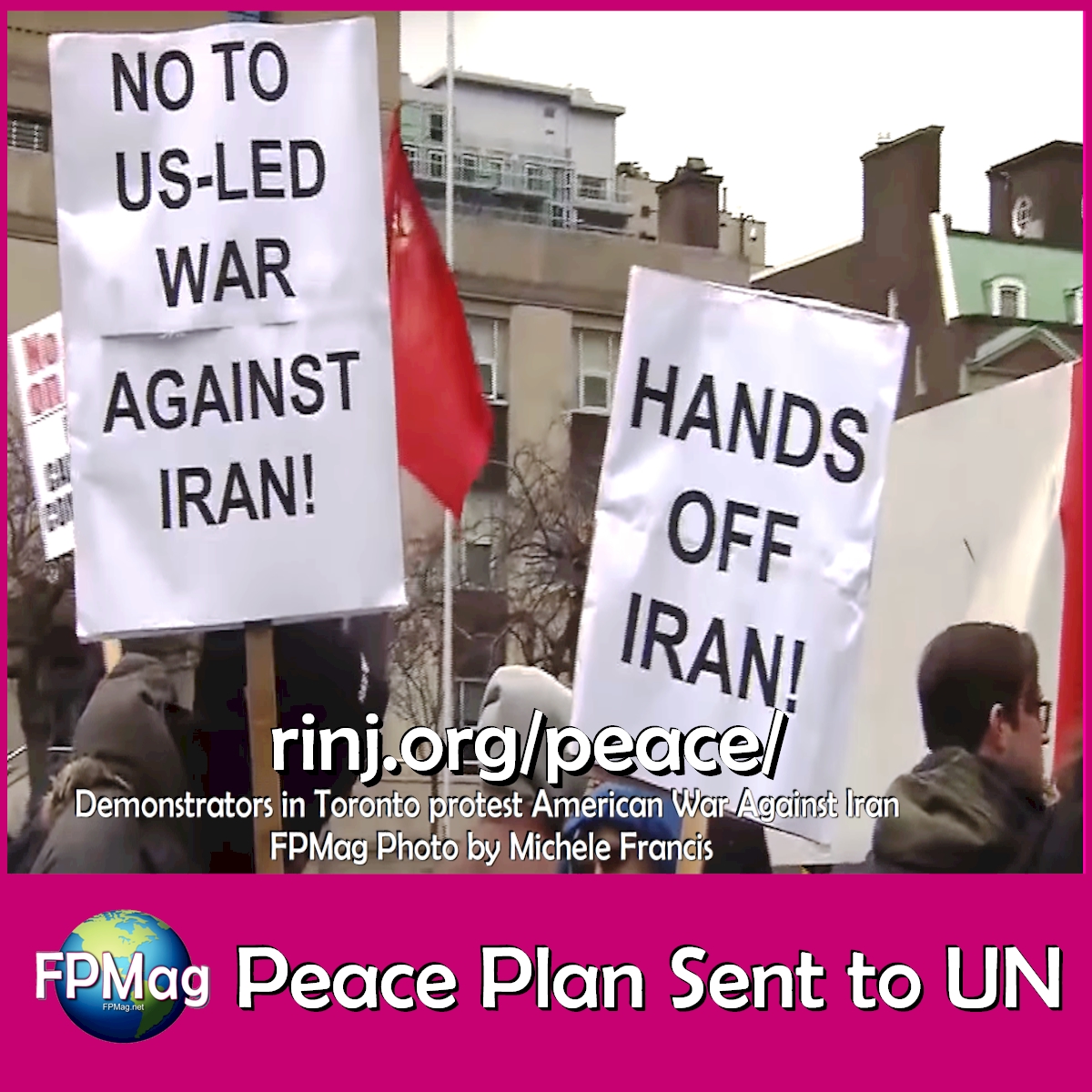 Writing in a letter to the United Nations Secretary General, and to the parties of the 3 January EJK matter in the city of Baghdad, the RINJ Foundation says it has offered a humble suggestion for an immediate stand down in the Middle East.