The Islamic State has issued a statement claiming responsibility for the horrific attack that killed 20 diners in a restaurant in Manbij  on Wednesday, 16 January.

American men and women working in Manbij are included among the dead.

Mostly local civilians but also some soldiers, nurses and local government officials were killed in the suicide bomber attack.

ISIS says that it did this atrocity killing moms and dads to orphan countless children because Sharia Governance has been removed from the area.

“The Attacks of the Mujahideen will continue in Manbij until Sharia governance returns,” the Muslim group announced in this week’s version of its violence-promoting gang members newsletter. 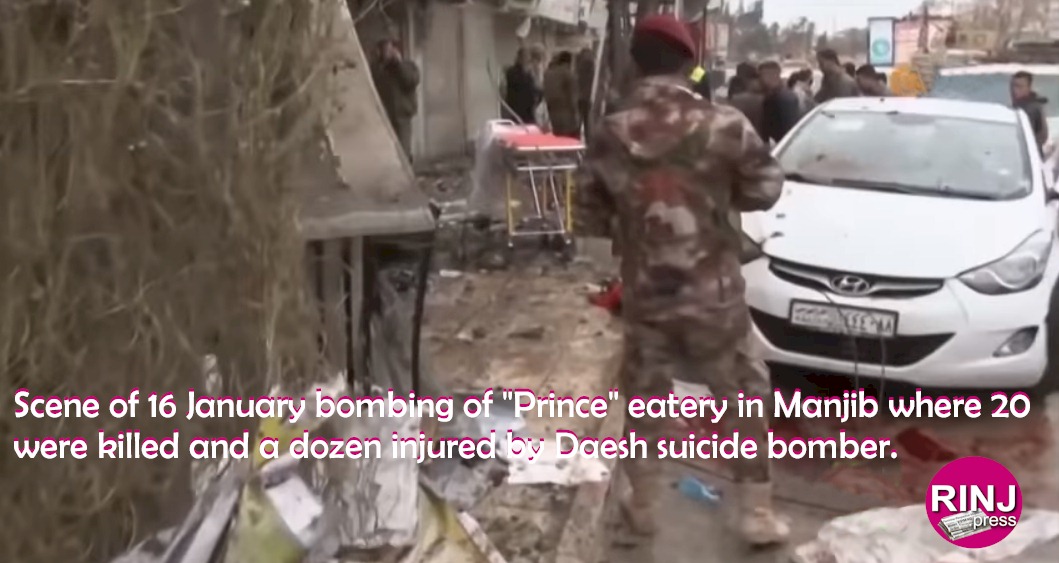 A Muslim Organization that calls itself The Islamic State Massacred too many Moms and Dads for Women to sit back and do nothing.

This gang has an estimated membership of 100,000 and a full time militia of about 30,000. The group uses dramatically violent promotional materials to attract new members from the ranks of the world’s most mentally sick people who have no other outlet for their perversities and no place where they would fit in.

Jesse Williams, a nurse working in Iraq today, was once in charge of setting up a warehouse and supply center in Mosul, Iraq for a Civil Society medical group working in Syria at the beginning of that country’s current Civil war. She was working with the Mosul University school of nursing and the Ibn Sina hospital in Mosul when the Islamic State took over the city.

Williams, in a phone conversation said that the terrorist gang immediately started in June 2014, raping the nine and ten year olds and crucifying worshippers who were not loyal to their particular draconian brand of Islam.

“But most of them were not even Muslims, they were either pretenders or men faking conversion in order to get into the gang.

“They were psychopaths attracted by the blood, guts and gore and the promise of having any number of girl brides they wanted”, said Williams.

On one occasion, noted Williams, several of the nurses in the class she was teaching encountered a small child who had been orphaned by coalition bombing of a financial site in central business area of the Left Coast, south of the University of Mosul. The nurses had been working as rescuers, helping survivors who needed immediate medical attention. Apparently the jihadist fighter heard the child’s screams, located her and proceeded to undress her. The little girl screamed loudly and was overheard two floors below in the building. The nurses overcame the brute and rescued the child. The women eventually located for the child a loving couple and home in another country. This child rape was a very common occurrence, with daily frequency, said Williams.

Sharia Governance is an abusive and terrorizing methodology for holding large and small communities hostage.

ISIS still controls some small towns and villages in Syria and Iraq but once controlled large cities with as much as 2 million population. ISIS used its cult-like constitution as an authority to murder, torture and rape civilians to scare them into submission.

The recent terror attack on a Restaurant.

On 16 January 2018, a suicide bomber strapped with explosives in the lining of his coat, blew himself up outside the front door of a restaurant in Manbij, Syria, very close to the Turkish border.

Shannon Kent’s (35) two boys in New York will continue their lives without their mommy and with a heartbroken daddy.

Jonathan Farmer’s (37) four kids will miss their brave dad. He is not coming home because a group of Muslims say they will kill people like Chief Warrant Officer Farmer until “Sharia Governance comes back to Manbij”, the place where the farmer family lost their dad. 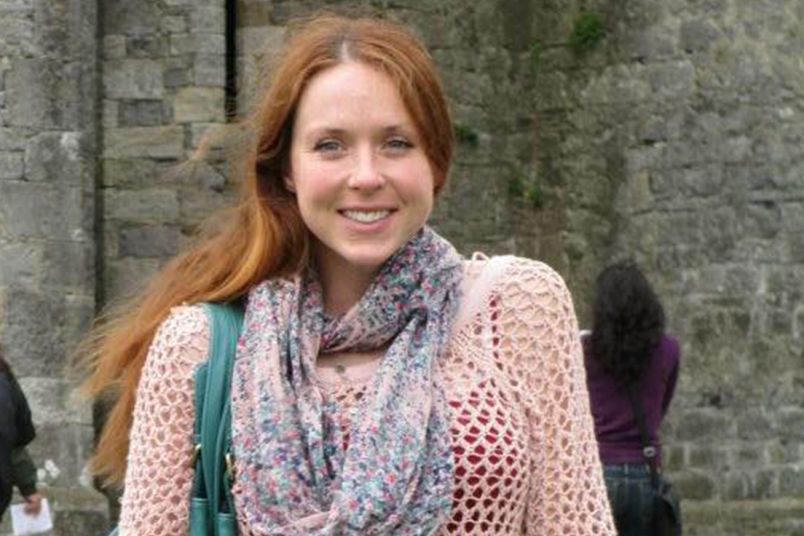 Mother of 2 children, Shannon Kent, was killed on 16 January by a mentally ill Jihadist (according to psychologists FPMag spoke with) who blew himself up at an eatery in Manbij, Syria. His friends say he did that because he and his gang want to create a Sharia Governance of Manbij. Photo Credit: Facebook

Katie Alsop of the RINJ Foundation says the global woman’s group is very much enraged by the repeated violence of the Muslim Cult known as the Islamic State.

“Not all Muslims are crazy, murderous lunatics who just want to kill any sentient being including themselves. These Islamic State gangsters are destroying Islam”, Katie explained in a phone call.

She went on to say that the RINJ group is asking all women around the world who know of a jihadist who is active in committing crimes in the name of Allah, to send their information name, photo, date of birth, place of birth, ISIS name etc.) in an email to the women’s group. The RINJ group will then check out the information through a network of contacts and governments around the world and if possible try to find a reward for the sender if the information is valid. The form to fill out is here.