If a journalist writes about a secret, it is because a source gave up the secret. The journalist did not commit a crime. This must always be true or malign governments will officially declare their crime, a secret.
From: Journalism When Government Crime is Secret 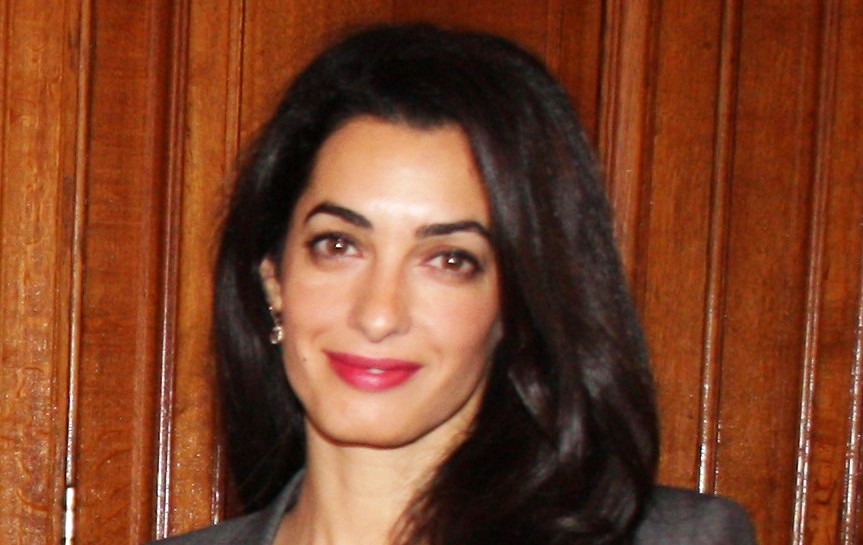 Amal Clooney, a popular human rights defender and lawyer for Wa Lone and Kyaw Soe Oo, two Reuters journalists who have been imprisoned in Myanmar for doing their jobs, has come back on Friday from a Myanmar Court with sad news. An appeal of the journos’ 7-year-prison conviction for “spying” has been upheld despite police fabricating evidence and a series of other miscarriages of justice. Photo Credit: The British Foreign and Commonwealth Office

Myanmar Claim of Shift from Military Rule to Democracy is Bogus

Suu Kyi “has not used her de facto position as [titular] Head of Government, nor her moral authority, to stem or prevent the unfolding events, or seek alternative avenues to meet a responsibility to protect the civilian population,” concluded a UN report issued on 27 August 2018.

In 2017, two Reuters journalists,Wa Lone (33) and Kyaw Soe Oo (29), in Myanmar struggled to tell the story of the rape, massacre and forced expulsion of a class of people during an attempted genocide in Myanmar’s Rakhine state as well as Kachin and Shan states. The United Nations has concluded the stories are true and that the military leader of the country and five additional General Staff members of the military must be investigated and brought to trial for numerous crimes against humanity. 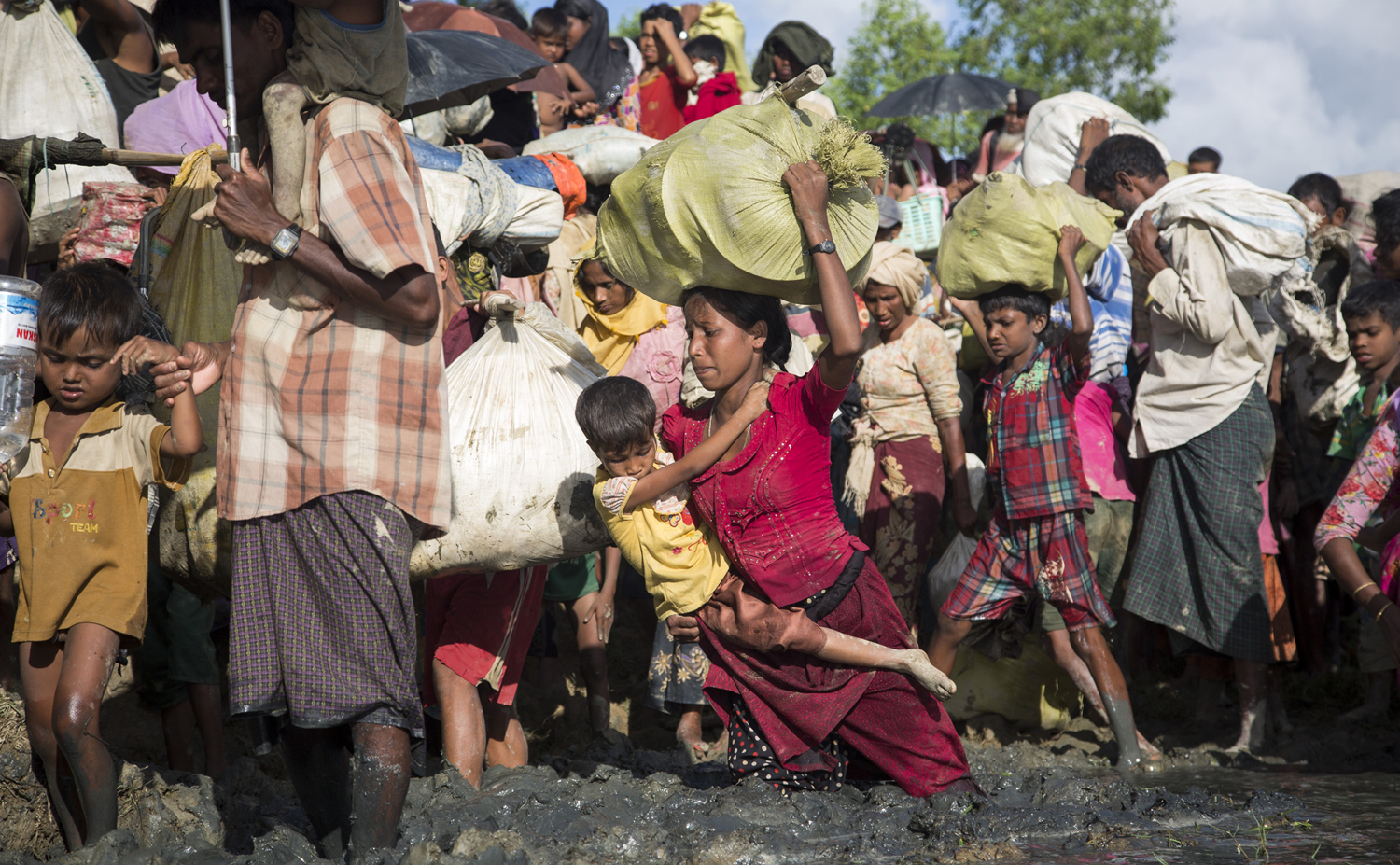 Thousands of new Rohingya refugee arrivals cross the border near Anzuman Para village, Palong Khali, Bangladesh. An estimated 700,000 Rohingya sought safety in Bangladesh. They crossed by land into south-eastern Bangladesh through several points. Many came from the Buthidaung area in Myanmar’s northern Rakhine state. Some said they fled torching and killings. Others said they left in fear ahead of anticipated violence. To reach Bangladesh, they walked for days, many carrying children. They waded through marshland before swimming across the Naf river that divides the two countries. Photo Credit: UNHCR Roger Arnold

In all, 700,000 persons were forced to flee their homes and their county. The RINJ Foundation women’s medical expert Behar Abbasi estimates that as many as 80,000 babies were born in 2018 as a result of the military government-ordered rape of women and children in the Fall of 2017 by Myanmar soldiers. The civil society women’s group has alleged that this is a serious crime of genocide contrary to the laws set out in The-Rome-Statute as well as other international statutes.

The United Nations, conducting a detailed investigation, partly because of the media reports coming from Wa Lone and coleague Kyaw Soe Oo issued a report that completely vindicates the reportage of Wa Lone and Kyaw Soe Oo.

UN Investigators – Marzuki Darusman, Radhika Coomaraswamy and Christopher Sidoti – underlined the horrific and organized nature of the brutality meted out on civilians in Myanmar’s Rakhine state since 2011, as well as Kachin and Shan states:

“The fact-finding Mission has concluded, on reasonable grounds, that the patterns of gross human rights violations and serious violations of international humanitarian law that it is found, amount to the gravest crime under international law,” Mr. Sidoti said.

“These have principally been committed by the military, the Tatmadaw,” he added, referring to Myanmar’s armed forces. “The Mission has concluded that criminal investigation and prosecution is warranted, focusing on the top Tatmadaw generals, in relation to the three categories of crimes under international law; genocide, crimes against humanity and war crimes.”

On 3 September 2018 “after 39 court appearances and 265 days of imprisonment, Wa Lone and Kyaw Soe Oo were found guilty of breaching the Official Secrets Act and sentenced to seven years in prison” says Reuters.

Reuters Editor-in-Chief Stephen J. Adler said the two reporters had been convicted “without any evidence of wrongdoing and in the face of compelling evidence of a police set-up.” The verdict, he said, was “a major step backward in Myanmar’s transition to democracy.”

On Friday, despite the extraordinary efforts of Amal Clooney, the outrageous conviction of 3 September 2018 which was ordered by this General, was upheld. 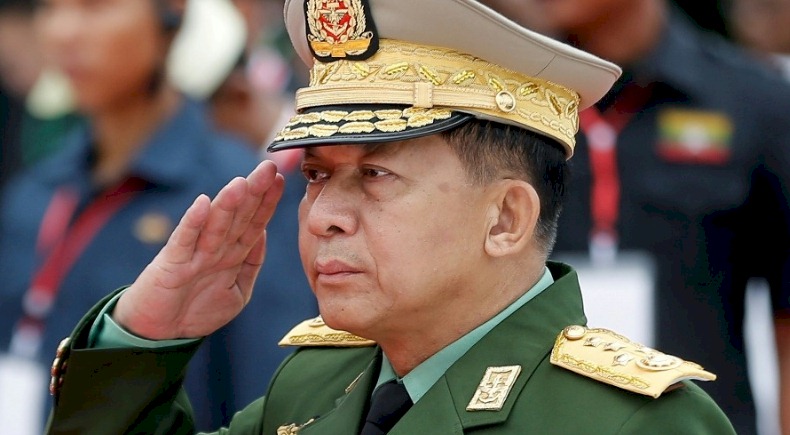 “Today’s verdict undermines democracy in Myanmar and sends a chilling message to all journalists in Myanmar. We cannot stand by and accept this antidemocratic decision.

“An independent media must be defended as a central institution of democracy. Journalists must have the freedom to report the facts and to defend, expose and advance the truth without fear of retaliation, violence, imprisonment or being killed. Any country that rejects these vital preconditions for democratic success cannot reach its full potential.

“Canada joins the international community in reiterating our call for the immediate release of Wa Lone and Kyaw Soe Oo so they may regain their freedom and continue their vital work, noted Minister Freeland”.

Myanmar Persecutes Journos plus their Children and their Families

What’s especially upsetting is the unjust hardship young families of these two brave men are facing”, says Katie Alsop of The RINJ Foundation.

Notes the director, “There is little point appealing to the human decency of a group of people who have raped and slaughtered thousands of women and children. A stronger measure is needed.

“The pain and suffering brought to children and their families in the matter of  Wa Lone and Kyaw Soe Oo is just one more human rights atrocity that has escaped Myanmar’s Aung San Suu Kyi who must be tried for crimes against humanity.

“But if Myanmar does not release these witnesses to its atrocities, the resolve of the global community to prosecute the entire government of Myanmar will grow exponentially.

By punishing journalists who reported on the crimes against humanity by six Generals and their men in Myanmar, the country is in a de facto sense admitting its crimes and condemning the perpetrators to conviction.

“What’s the difference between this and witness tampering? Myanmar has as good as admitted crimes by muzzling those who report  them.”  — Katie Alsop, The RINJ Foundation 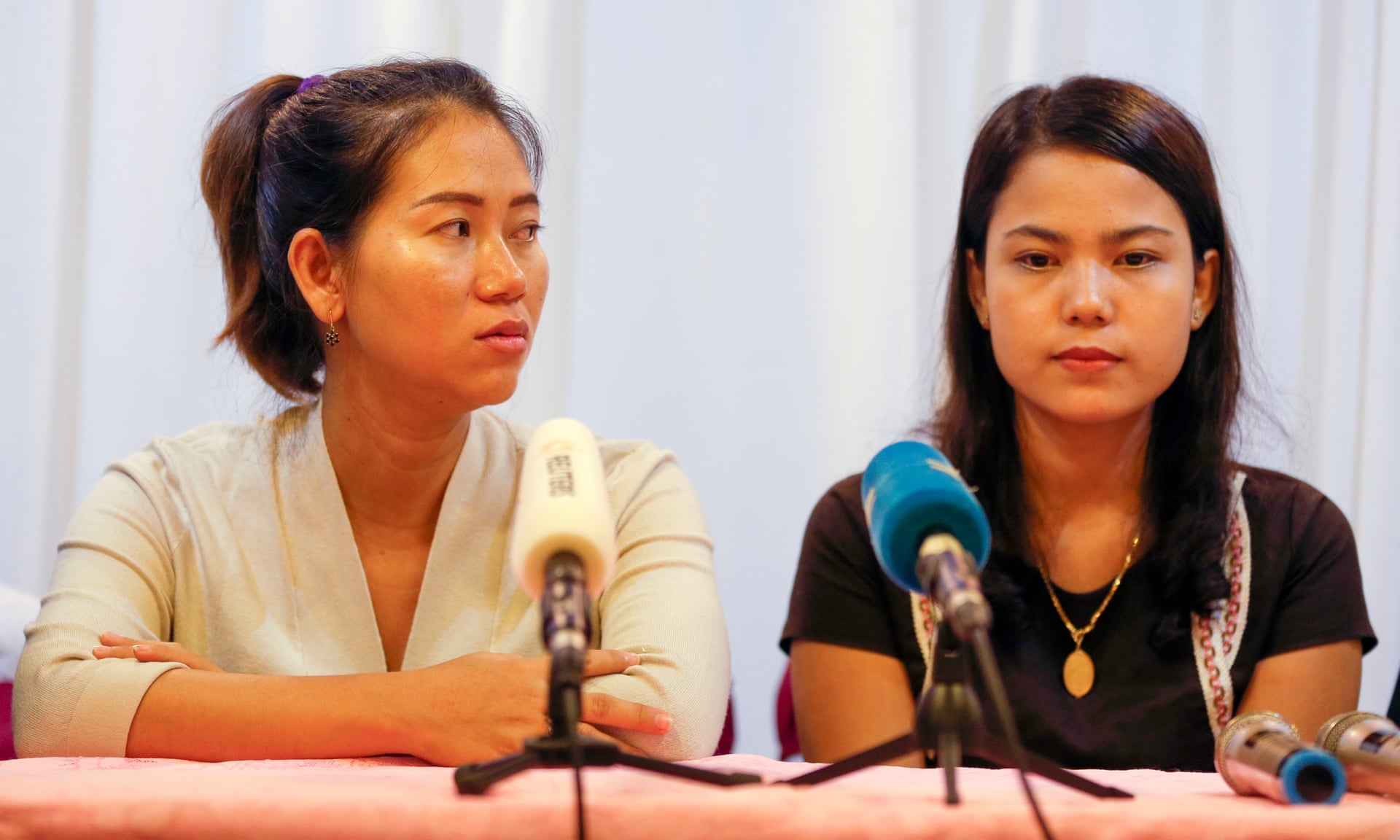