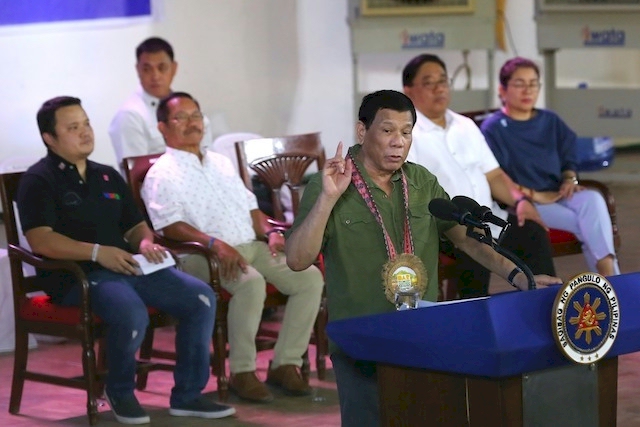 Duterte is a little smarter than his critics believe.

Most of President Duterte’s comments have a story. The furor over Rodrigo Duterte’s 29 December confessional yarn of inserting his fingers into the family maid while she slept is a bag of wind.

We don’t see these media blowhards helping in the midwifery clinics when we need to deliver a baby for a nine year old or when we must have armed escorts to get witnesses to a courtroom. In fact we tend to see them in the expensive cafe’s of Manila wearing designer clothes a nurse could never afford. Spin sounds cool but reality is more than annoying.

Duterte was delivering a rant against the Catholic Church and his point was that all the perpetrator in his story had to do was say a few prayers to avoid going to hell. There was never a threat of prison because the priest will not tell and the rapist goes free.

According to his spokespersons, Duterte made the story up to get his point across. That could be truthful. He has done this before.

2.) Duterte’s impunity. He can make up a story like that and get away with it as a dramatic attack on the Catholic Church’s hiding serious sex crime in the confessional.

Maybe Mr. Duterte should be in the room when we need to deliver a baby for a nine year old girl. His talk is conceivably an encouragement to sick men who rape. Would he be willing to make it clear that is not his intention?

Albeit his point about the catholic church is valid.

Duterte is correct about the Catholic Church being a problem.

That the Catholic Church is willing to cover up sex crimes is a well known thing and it is wrong. The Catholic Church is an enemy of anti-rape groups says the RINJ CEO. In fact, substantial historical evidence suggests that the Catholic Church does a lot more than just hide sexual misconduct of its parishioners, it also hides those misconducts of its clergymen. It has in this way possibly damaged millions of lives, said a former altar boy whose identity we guard but who agreed to FPMag sharing some of his remarks.

According to Behar Abbasi who was in Mosul, Iraq as a RINJ Nurse during the Islamic State occupation, she and her colleagues harboured a significant number of Catholics until they could be evacuated from the city. In the alternative they were literally strung up by the Salafi Jihadists. One problem their hosts had was dealing with their secrecy over their girls being raped or captured and sold. The net result of this secrecy was that more children and women were raped because an intervention was never possible without knowing the details of the perpetrator and the crime. They were not protecting the perpetrator but based on the Catholic Church’s brainwashing, they were trying to protect the secret of unwed sex, explains Abbasi.

That Duterte is a misogynist is not likely to change. Sexual violence toward children is the crime this man has encouraged more than murder and that is not because he wants that, its because he just doesn’t get it that his rape jokes create a rape culture.

While Duterte’s country is sending millions of moms to work outside the country as maids and nannies, generating a substantial boost to the Gross Domestic Product, the children are vulnerable at home.

In 2018, in the Philippines, more children than ever had babies. Having sex with a child is rape. Have sex with a child whom you parent is a death penalty offence according to old Filipino law. This is a bigger problem than drugs in the Philippines: incest and child rape. It is killing kids and spreading communicable disease like HIV via rapists to other children and nobody knows because kids don’t get tested.

“We would like to politely ask Mr. Duterte to do something he would both understand and maybe agree with. Tell Filipino men, Sir Rodrigo, ‘Don’t Rape’, in your strongest language”, added Ms. Abbasi.