Russia and China. View Earth From a Feminine Perspective.

Russia and China must play bigger roles on the international stage thinks a civil society women’s group. The door is open, they say, to leaders who act transparently with correctness, morality, and sincerity. These attributes, by coincidence, are those of the Chinese and Russian peoples.

JARAOK Editorial from the Editor and Staff of Feminine-Perspective Magazine

China and Russia are superpowers at different levels of emergence. Their wealth in wisdom is barely acknowledged but reaching far into space. Understand that their history is full of great injustice with millions of families brokenhearted by fascist outsiders in war they did not want.

It is time to put world wars, hostility and global killing weapons behind humanity.  Sacrifices of over 100 million lives lost in WWII by these two great nations, China and Russia, must never be forgotten, however. Paradoxically, this estranged to the world those who needed comforting.

The lavishly rich cultures of these two beautiful peoples are so vastly different, spanning dozens of centuries, that in combination they are so universal as to link the rest of the world in near-perfect synchronicity of understanding, if we all try. 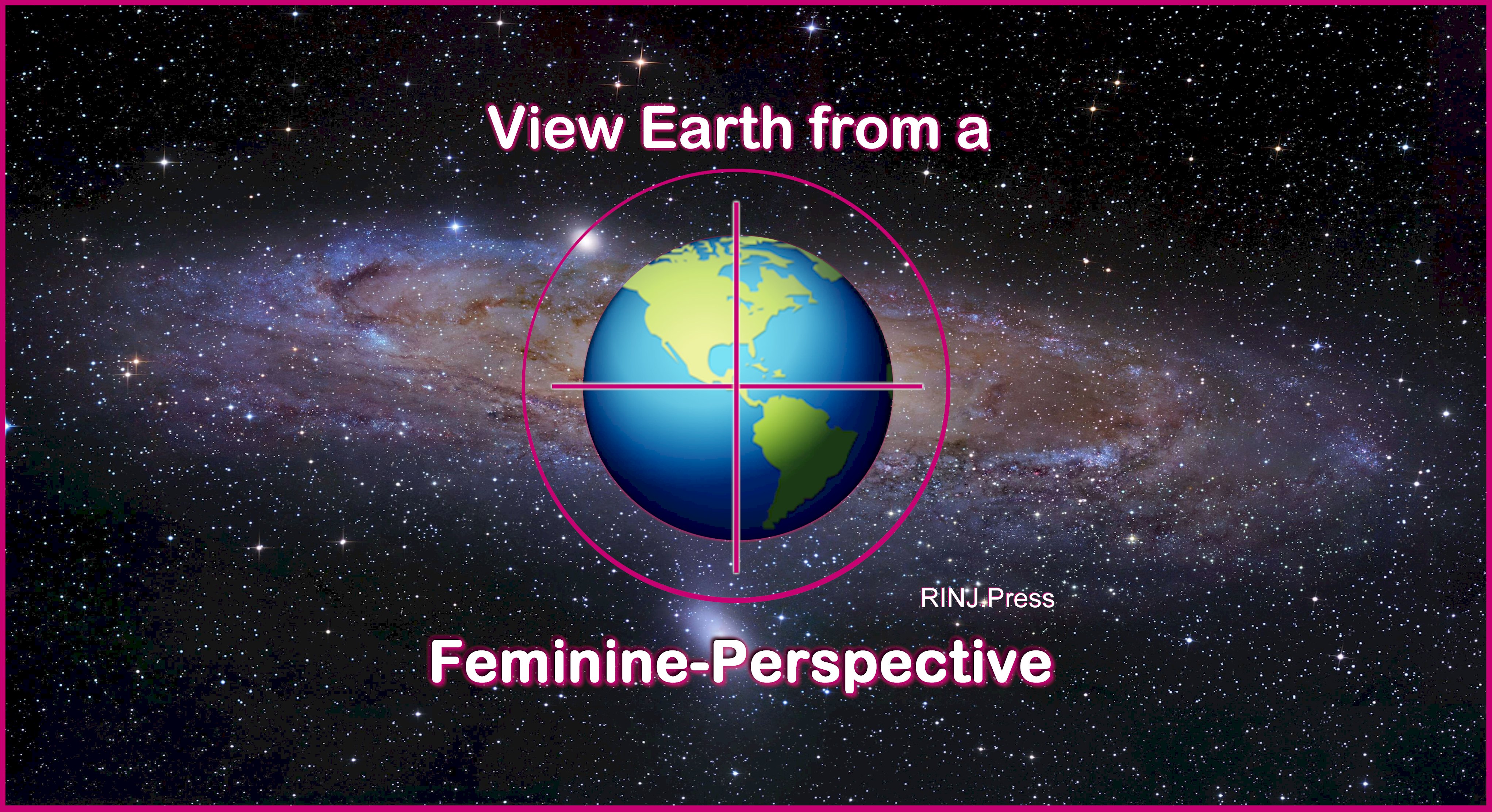 View Earth from a Feminine Perspective – The human family must start getting along.

Modern day animation, architecture, ballet, cinema, classical music, literature, painting, philosophy, theatre, and technology innovation, all in one form or another mold how people think, relax and live. These are the hallmarks of two rich national histories. And they are each very different, but, in human ways, similar.

The world needs Russia and China to become more influential on the human side of world events in a leadership role. Take leading roles in cooperation with each other and focus humanitarian action both inwards and outwards. Welcome to the global stage.

Add America to the mix of China and Russia and the skill sets of the total should be able to help solve any problem the human condition encounters. Power up traditional wisdom combined with an impetuous, even rebellious New World approach. Create an era to end wars and misunderstandings, each community must striving to understand the differences of each other and embrace uniqueness as a value-added.

Humanity is coming into a very high risk era within which it will face environmental shock and mass-killing pathogens. Extremist human behaviour today does not match the times. Space travel is already revealing truths that contradict all religions’ clerics. Be reminded that spirituality is an unassailable private matter for each person. Nations which can lead the world in these matters must now do that leadership with humanitarian intent and maybe the human race can get past entire nations’ governments attacking civilian nationals (Skripals, Meng, Khashoggi)?

Human challenges will not be solved with nuclear bombs. Will the world wait for every country to be nuclear weaponized before nuclear-demilitarization begins? While giants America, China, Britain, France and Russia are nuclear armed, nuclear disarmament will never happen. But global nuclear disarmament is an immediate need of humanity. Not more arms races. What will come eventually may be an extension of humanity beyond Earth’s gravity where human development is done in total harmony. Be prepared.

Study the Syrian Crisis since the Entry of Russia

Russia’s role in Syria should be an honest study. Russia makes a contribution that is valuable to the international community. Turkey would be in that category if it wasn’t so spellbound by Kurdish terrorists it suspects have taken over the regions controlled by the good people of Rojava. Trust and encourage the good people of Rojava to love their neighbour, Turkey. And thank Russia, America, Britain and France for doing the dirty work of cleaning out parasitic worms from their incipient stages. Reluctant cooperation of the superpowers proved that harmony could have been better.

The world is so confused on that Kurdish issue Turkey tries to explain. Making a distinction between the legitimate Syrian Kurds and those who seek to manipulate them has never been explained well.

Iran has infiltrated Syria’s government with high-echelon influence. Iran is in play for one purpose: build a territorial platform from which to kill Jews in Israel. Russia is between a rock and a hard place because both countries, Iran and Israel are allies to Russia.

Here is a case for 3 Responsible Brokers building global peace.

China, Russia and America have enough global customers, supporters and friends to coexist in a market-driven environment of cooperation and risk-sharing. They can work together to help developing countries and emerging markets to flourish.

In the cases of  Middle East conflicts, America, with its figuratively-speaking bloody hands, is seriously handicapped. But China and Russia are not although some of the conflicts between allies of Russia could be helped by some measure of brokering by China with whomever China choses as a partner to broker a peace.

In Syria, Russia is a broker of peace. Russian military leaders would like to have good food and drink; play sports; watch sports; have good discussion and debate and see their children and family enjoy plentiful lives. These are all preferred activities to warfighting. When leaders see a chance to settle a dispute peacefully, that’s what they seem to do. They have their mission which is to return control of the territory of Syria to the people and government of Syria whatever that government may be at the moment. The situation is headed that way.

Truthfully, the world is smaller.  Leaders’ lies don’t fool for long but liars in the public trust can destroy decades.

Readers in China, Russia and America may have been influenced by their respective governments and by each other’s governments. The information war using  fake news needs to be solved with trust, sharing and cooperation. Someday soon, information will be available at terabyte rates. Lies will not prosper.

Governments must stop telling lies. Communicate with morality, correctness and sincerity, like the people of Russia and China.