An argument that Venezuela’s past-president, Nicolás Maduro is of unsound mind would imply some bad decisions made previously by China and Russia which should no longer be supported.

More than that, a very worrisome implication the world faces, is that democracy fails at times and elects the mentally-ill to power. Donald Trump is a suspect example say American Psychiatrists.

“We, the undersigned mental health professionals, believe in our professional judgment that Donald Trump manifests a serious mental illness that renders him psychologically incapable of competently discharging the duties of President of the United States. And we respectfully request he be removed from office, according to article 4 of the 25th amendment to the Constitution, which states that the president will be replaced if he is ‘unable to discharge the powers and duties of his office.’”

FPMag has looked at this before and disagreed on technical grounds. The group Gartner leads claims Trump is a Malignant Narcissist.  That is essentially a person who has both a narcissistic personality disorder and who also has an antisocial personality disorder (sociopath). They are generally sadistic people and garner pleasure through destroying other people. They seek power and will climb ladders they make by stabbing knives into opponents and superior’s backs like rungs on a ladder.

Trump may have significant personality disorders (PDs) which are less intense in his waning years, so he doesn’t appear crazy, but no less dangerous. Such a disorder is not technically classified as a mental illness and certainly not ‘crazy’ although such persons when they don’t get their own way can go totally off the reservation with extreme fits of anger and acting out. On the side of Dr. Gartner is the fact that personality disorders lead to sometimes acute and even chronic mental illness. No testing of Trump exists to say that is true. It’s speculation FPMag will not do.

Anyone upon seeing compelling evidence of serious PD traits, may say so without psychological examination of the subject. It is done often in criminal profiling. If one sees a thief, an arsonist, a psychopath with a bloody knife and a dead victim, call 911 and interimly warn the next victim. That is your fiduciary duty. Hence Dr. Gartner is on solid ground with his warning which opens a Pandora’s box of extensions.

Trump has not submitted to thorough evaluation and testing hence this is hyperbole. Nevertheless it is hyperbole worthy of consideration by the voter. It indicates thousands of experts are worried.

Trump is the President of the United States and hence that is who world leaders must deal with for American matters.

That is also true of Nicolás Maduro and hence that is who world leaders dealt with on Venezuela’s matters while he was president of Venezuela from 2013 to 2018. He is no longer president no matter what this man may say about the messages he gets from the grave.

Nicolás Maduro likely would have killed John Gartner had he launched a petition against Maduro.

Maduro squandered Venezuela’s extraordinary wealth and prosperity accumulated by Hugo Chavez from 1999 to 2013. FPMag looks at the layers upon layers of corrupt echelons of Maduro subordinates, an instructive exercise.

Maduro’s allies saw a leader of a country in big trouble. But now he is gone. They will need to work with the interim leader President Guaidó until after the next election.

Mr. Putin, President of Russia and Mr. Jinping his counterpart in China have invested considerable foreign-policy credits in South America with Venezuela. The money loaned to Venezuela surely must be repaid eventually in accordance with whatever ‘deal’ the countries’ leaders reach.

The May 2018 election failure is for Russia and China a sizeable problem. Maduro had promised that the furor over the rigged election Russia played a role in would die down and all would be forgotten. But Russia and Maduro underestimated the ability of the elected General Assembly to rise above the threats of Maduro’s thugs and secret police to enforce the Venezuelan Constitution.

Telling America not to interfere militarily is Putin’s & Jinping’s advice.

Putin and Jinping are not in the wrong by any measure. Their relationships with Venezuela did not solve the plight of the people of the country but they tried.

Did Putin and Jinping know that humanitarian aid getting to Venezuelans who needed the help relied on resourceful NGOs smuggling goods past Maduro’s security forces who stole what they could?

This crisis must annoy many unsung NGOs who went through outrageous drama and hardship to help only a few Venezuelans. Maduro’s corrupt empire has layer after layer of criminal hierarchy that he does not control. It’s out of control. [Ed. Speaking from personal experience.]

Vladimir Putin and Xi Jinping are in the news today saying they want Trump to keep America’s military away from Venezuela and those wishes are likely shared by many leaders.

Not everywhere, but those contemplating military intervention in Venezuela need to think twice especially after one of Donald Trump’s mistaken appointments to his Cabinet shot his mouth off in a Fox TV interview saying he had lined up companies to come and grab the oil resource spoils of Venezuela.

Evaluating the Situation in Venezuela

Asking for evaluation of the Venezuelan situation from brilliant minds like that of  long-serving Sergey Viktorovich Lavrov, foreign minister of Russia,might be a waste of the gentleman’s time, sort of like asking Fred Adair what pharmacological solution would be best to manage rejection in a female-to-male heart transplant and asking a cardiologist how to put out an oil well fire.

Nicolás Maduro claims he has spiritual apprehension of knowledge from the dead, inaccessible to the intellect.  Hence FPMag adduces a psychiatrist is needed, not any of the normal experts on global leadership.

While there may be some reason in madness, what is found of reason may not relate to the required skill sets for running a country like Venezuela. Cynically one might ask if perhaps some people in another life if such exists will find a truth about Maduro’s mystical beliefs, but for now they are not a basis for running anything except a bogus seance, and certainly not a country.

Maduro appears to be a sandwich short of a picnic.

Nicolás Maduro who created an extraordinary corrupt political and certainly criminal enterprise under Hugo Chavez’s nose as his Vice President, says he worshipped the man, Chavez.

The 14 April 2013 election Maduro barely won, despite the fact that Chavez had anointed Maduro as a successor when he knew he would die from a particularly menacing cancer. Millions of credulous believers in mystic things in Venezuela were enthralled (confused) when Maduro said Chavez came to him in the form of a little bird.

On 8 August 2013, Maduro said in a public speech he slept with Hugo Chavez’s dead body for inspiration regularly: “I sometimes come at night. … many times, I sleep here.”

Non compos mentis is a term to describe a person’s action as not motivated by reason, but being influenced by some false image or mental impression. Nicolás Maduro takes his direction from deceased Hugo Chavez whom Maduro says speaks to him from the grave: “a teeny little bird entered and flew around me three times”.

Nicolás Maduro uses references to magical events to explain his decisions. It may be a ploy to earn favour with Chavez-fan-voters but that doesn’t seem practical. Conclude Mr. Maduro believes what he is saying.

Nicolás Maduro says he has good understanding of Gender Equality

“I have a wife. Listen, I like women. How good is the kiss of a woman, right?” — Nicolás Maduro.

Clearly he doesn’t and the horrible situation Venezuelan women and children are in today is on this criminally-minded incompetent who ruled Venezuela from 2013 to 2018. 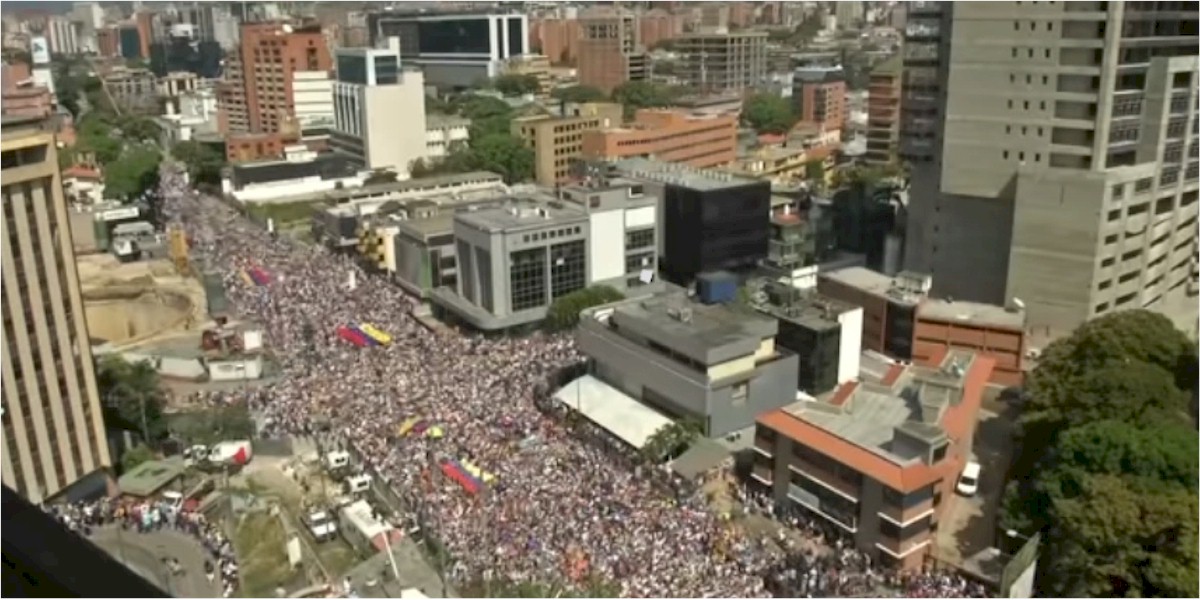 See: The Guardian, “Tens of thousands protest in Venezuela to urge Nicolás Maduro to resign – video”