ISIS Women an enemy of Humanity. Repatriate and prosecute.

Women around the world were warned from Mosul, Iraq and from Aleppo, Syria emphatically not to travel and join the ISIS Caliphate. Women who ignored the warning were later secretly told by RINJ midwives to leave. They were given a route for escape. Those who stayed are alleged criminals who commit crimes against humanity, now dangerous to everyone. They must pay the price of their actions in prison. The same rape-abuse-murder ISIS did to women must not be their punishment. This is happening and this must be stopped immediately.

Real ISIS-Women are part of a mission to reconstitute the ISIS Caliphate around the world. The message of civil society is: “Imprison convicted ISIS-women who commit crimes. Save the children”.

Report and Comment by Behar Abbasi in Idlib, Syria for Feminine Perspective Magazine

Yezidi women and others are not getting proper care. It seems that the West suspects all unattached women and single mothers from the regions of Iraq, Syria and Turkey of being ISIS-Women. Which woman in this picture above is an ISIS-Woman? Absurd question. In this case, none are ISIS-Women. Each of roughly 100 countries must repatriate their displaced women and children from Syria and Iraq or help reconstitute their home they indirectly destroyed. The carnage of the regions has been caused by decades of intrusion by a coalition of over 100. Yes, certainly the ISIS-Women must be prosecuted, their children rescued and those kids given proper care.

Difficult Rescue of ISIS-Displaced Women, Kids is on The West

The ISIS women who come back home from the crusade and from the Caliphate see each and every non-believer as infidels. Most conceal their contempt. Real ISIS-Women are not so hard to spot. Use the rule of law and prosecute them.

They may be angry at coalitions of over 100 countries that killed 500,000 children with Iraq-sanctions, and slaughtered a million civilians with bombs and bullets in two wars. Out of that anger they may have acted with total ignorance. The big question is: “What did they do?”

ISIS from my observations living in Mosul from 2013 to 2017 is about greedy men exploiting the anger and resentment of Muslim women whose family and lives are torn by the slaughter of Muslims in the former Yugoslavia provinces; in Africa; and in the Middle East.

Millions of Muslims are dead because of the religion they were born into and the racism toward them. Many Muslim families were broken and angry. The women were vulnerable. But what some ISIS-Women did out of anger or other motive,  is a crime and the anger is their criminal intent. They must be prosecuted. They were warned. And any semblance of discerning right from wrong would see that joining the Caliphate was wrong. There is no mitigation for making a bomb out of toy or making a bomb in a passenger car and using it to kill civilians. Such a person cannot be in society.

Beware that ISIS attracted many female psychopaths and they are the absolute worst of all vile humans because even Sigmund Freud could not spot them. They will murder the innocent at their back and laugh as they walk away to do this again and again. 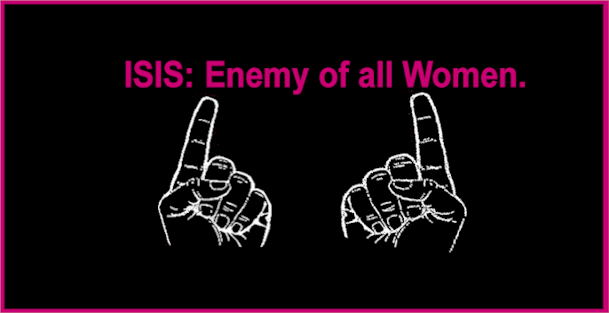 To determine criminality, repatriation and prosecution are a must.

The ‘retraining’ of ISIS-Women’s minds is frowned upon to say the least but the children can be saved with generous and kindly education by good foster families. Faith-based Muslim clerics and groups need to get off their collective duffs and help with this issue. Anything would be better than to have 30,000 children come of age amidst innocent and unsuspecting  communities to the new arising of the Caliphate.

Their mothers must go to Court and prove they are real people and not sleepers who wait for the call of Jihad.

The arising of the Caliphate, The RINJ Foundation Women I have spoken with across the world assure this is real. 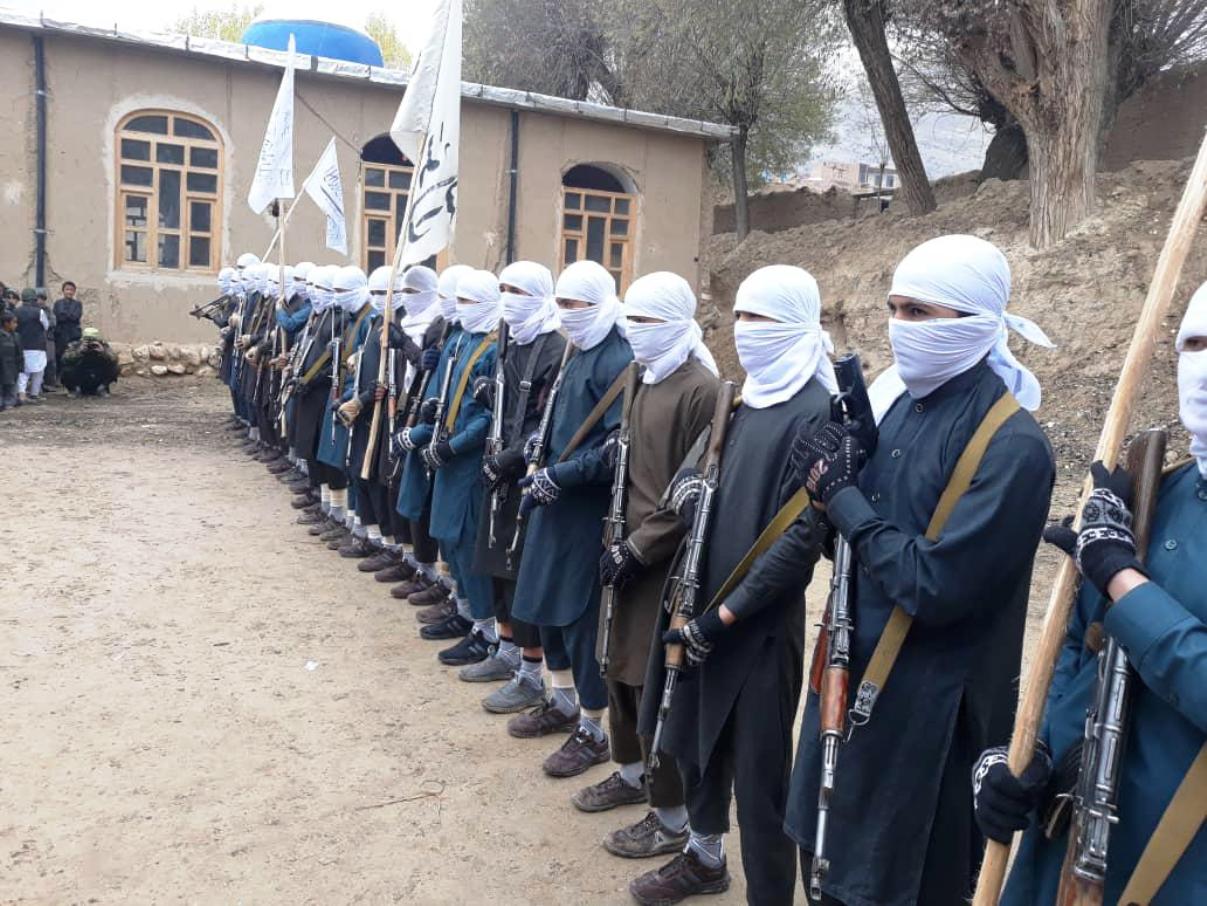 Women who know the dangers of the Caliphate are watching a growing level of underground activity for recruitment. The new groups which are spin-offs of al Quaeda and of the Islamic State are working hard to recruit fighters who are seasoned in wars of Iraq and Syria.

When they make a report, each fighter tells of the family of himself or the family of a friend and where they are presently believed to be located.

ISIS is restructuring through subsidiaries (I use language the West understands) of itself. Researchers estimate numbers are greater than 100,000 in total with 30,000 full-time active operators in the Middle East.

The Women of ISIS must be repatriated, prosecuted, tracked and in most cases imprisoned. In that process, their information must be gathered and it must be used to save lives.

This is a good time to take the warning seriously. Yes, some of my sisters are discredited because they are known as feminists and some are scorned as former Femen but not like Aliaa Magda Elmahdi or  Inna Shevchenko they followed a medical career and many were studying at the best school in the Middle East, in the University of Mosul, School of Nursing or Medical College. Or they were fighting for women’s rights in Canada, the United States or France. The fight continues. But they have never warned of something that was not true. ISIS is the enemy of all women.

Some women I worked with in Mosul, Iraq defended themselves and their families in harsh, violent ways.

Many of the nurses and doctors I worked with are now doing cosmetic medical procedures like Botulinum toxin (BTX)  injections for men and women, derma fillers, scar reduction, tummy tucks, men’s hair replacement and more. They still spot the women of ISIS now wearing no Hijab.

These sisters know about the ISIS women. Some ISIS-Women did what they did by nodding their heads and looking away from crimes, to stay alive. They will be OK and must live with their shame.

But others were in it. They were in the killing and the crimes against humanity. For outsiders it is hard to tell the difference and that is why each one coming home must have their day in Court where the people can decide if they want this one living among them or if they must go to prison and relearn how to be human.

Yes, the former ISIS women are now in big trouble and they are viciously abused, raped and killed in Syria and Iraq where they live under bridges, in camps, in the rubble of former homes or in the villages.

ISIS Women do not deserve to be abused, raped and killed in Syria and Iraq. They may be among the innocents who were dragged by the hair into ISIS-hell. They must be repatriated and prosecuted. The good ones will be easy to spot in Court by their peers in the society they came from.

That is why their home country must repatriate them and prosecute them while sending their children to safe foster homes.

Trigger Warning: There are some violent scenes of beheadings The RINJ Foundation Women added to the video to warn away the ISIS-recruited women away.

This is what was really happening. The women were given beautiful pictures of nice swimming pools in the al-Warinth Hotel on the Tigris River and testimony of ISIS brides in their glory. But the truth is that their life would be about servitude, beatings, blood and gore. If they liked that, they are not good to go back to society before getting help. That “help” must come in prison or in institutions for the insane. To do what they did they must be insane.

These videos are a couple of about twenty videos produced by The RINJ Foundation Women in multiple languages and published all over the world. They were sent to Mosques and through ISIS recruitment Telegram Channels, WhatsApp Channels and many social media channels. Many were banned on YouTube which has always opposed RINJ talking about rape and other unsavoury things.

The following video is a much tamer warning to women not to join the Caliphate.

Today there are over 18,000 Displaced ISIS Women and Children

They are instructed to seek welcome in their home country and to wait for the fatwa to reassemble the crusade. They must raise their babies and children to be part of the new fight.

7. The number of overseas recruits to ISIS coming out of this pocket is stunning. This 28-year old woman, mom of two toddlers, said she was from the Lawrence Heights area of Toronto. She said her name was Dure Ahmed. She came out with a 34-year old Canadian woman from Alberta: pic.twitter.com/9QQnEsfvOU