China as enemy of the West is self-fulfilled prophecy

Some of the op-ed pieces coming from Canadian general media like the National Post are right out of Jurassic Park. If they are correct and their views become public policy, Canada must abandon its 5G infrastructure goals and drag out the old typewriters.

Encouraging Canadians to boycott Chinese products because America says that Huawei might spy on Canada is bound to become a self-fulfilled prophecy, besides being brain-dead logic. Finding a piece of technology that is not completely or partially built in China is next to impossible. 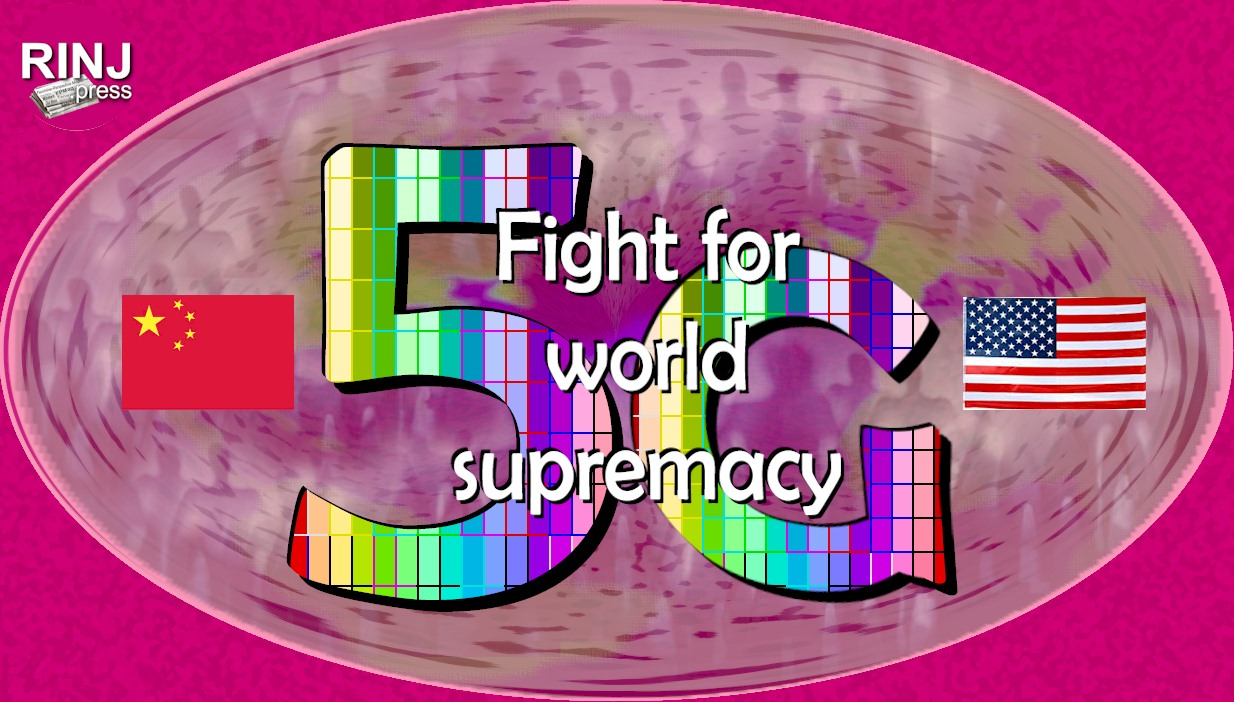 America has pushed to its allies, monstrous lies to breed paranoia about how evil Huawei has become and that it is a threat to global security. It is not. Trump’s lies are the real threat, creating paranoia that may end us all.

“The notion that the Chinese government would spy on corporations and US agencies with electronic devices manufactured by Chinese companies is not only absurd but would be catastrophic to furthering its ambitions in world trade”,  says  Jason Perlow, a Senior Technology Editor at ZDNet.

“It is no secret,” says Dr. Wenran Jiang, of the University of British Columbia, “that the arrest and extradition request of Meng is the result of a long U.S. effort in trying to find out if Huawei, through its presence in the U.S. market, is a threat to its national security.”

“It is the U.S. National Security Agency that hacked into the Huawei system and left backdoors to spy on its corporate activities. Even without clear conclusions, the U.S. government has banned Huawei in the U.S. and is pressing its allies, including Canada, to do the same, especially in the next-generation 5G networks,” added the professor.

“Huawei does not just make smartphones. It is also a gigantic telecommunications equipment manufacturer and is actively involved in determining the global 5G standard, which it is collaborating on with AT&T”, says Jason Perlow.

Imagine the case of workers on the Canadarm or similar project, Chinese engineers and scientists going back to China and reading all the insulting crap from Canada. Also add the brilliant students whose families have cancelled their education in Canada. They are not controlled by any government. They are looking for their next school or next employment. They are like most Canadians, criticising under their breath their own government when life isn’t going their way. In this case they are insulted by a foreign government, Canada. Before long they are smashing their way through cyberspace and slamming into Canadian data centers and poisoning umpteen web servers.

That’s not the Chinese government, which has been vigorously prosecuting Chinese criminals who have an impact on China’s global image.

That’s the 1.4 billion enemies Canada is making. The Chinese people are who Canada attacks when it’s Prime Minister lies about its kidnap of Sabrina Meng on behalf of Donald Trump’s racist leanings.

America is stretching facts to come up with a wave of paranoia to favour its goals of destroying China’s technology innovators. This is both immoral and criminal conduct.

Not Just political, this is personal for each and every Citizen of China. How could Trudeau swallow Trump’s racist sketch of the world?

The US Government has defied the global urge for ecological change management; ruined the chance for peace with Iran; broken the Russia/USA nuclear peace agreement; launched into a new programme of nuclear weapons manufacturing; and continues to snatch babies from migrant women’s arms. Now Trump is pursuing a war with China.

But Huawei is not the only collection of China’s geniuses working in telecommunications. There are other Chinese companies surging ahead in 5G – AI – IoT technologies.

Killing Huawei will hurt millions of consumers around the world for a short time but other Chinese firms will fill the void very quickly.

Still, the Chinese are taking this personally.

Fourteen thousand million Chinese, are offended by Canada. This is not going to play out well. And Justin Trudeau’s continued arrogance may mean he needs an electoral ouster. This is an election year in Canada, which is not a Trump apprentice nor subsidiary.

America says the reason why Huawei is winning is because it stole all its technology from America. But that is a lie. The Huawei technologies are very different from anything America has and far ahead of the nearest competitor, Apple, which company’s phones are also made by the Chinese in China.

If China is so dangerous, why is America’s flagship Apple making its phones in China?

America claims that Huawei plagiarized programming code from T-Mobile, a US-based mobile phone carrier. That matter was settled out of court in a civil case. But what neither company said out loud was that the programming code did not completely belong to either company because it is based on “open source” programme snippets and according to the authors, they were never contacted nor was permission sought to engage in a commercial product. Arguably it is not a commercial product because it is not for sale but used internally by technicians to test systems.

5G is not a natural evolution from 4G. It is a Revolution in ordinary lives.

Many trillions of dollars of world trade are controlled by a handful of men. These men are tinkering with billions of lives as well.

Attacking a Woman CFO from Huawei went over the top.

Meng Wanzhou is not a criminal by any stretch of the truth.

Dr. Wenran Jiang, of the University of British Columbia notes that as former foreign minister John Manley pointed out, “this case has nothing to do with the rule of law. It is Washington using Canada in abusing the extradition process between the two countries.”

“There are many corporate misconducts in global business transactions and most of them are dealt with through civil lawsuits. Rarely is a senior executive of a company singled out to be responsible, let alone being personally charged, in a criminal proceeding”, Dr. Wenran Jiang adds.

The wrath of China is not manifest in a fairly normal number of arrests of Canadians screwing around in China, in this period of time. But attacking and insulting the people of China has already begun to hurt. Out of 1.4 billion people there are enough angry teenagers with extraordinary black-hat hacking skills to shut down heart-monitors or reroute sewage valves and traffic signals and turn Canada upside down.

But that does not fit with Beijing’s ambitious trade goals and its government is very good at tracking criminal offenders in China and bringing them to justice. That is a recent development. The cyber security role has been taken away from the Chinese military and handed to a civilian government group which is far more effective.

The cyber attacks from China had stopped for years until Trump was sworn in and started threatening China.

The Canadian government’s elected men and women and the bureaucrats whose salaries Canadians pay do not exist in their roles for their own interest and wealth. They are in their jobs to serve the interests of the Canadian people.

Does enjoining Donald Trump, repeating his lies and making war on China serve the interests of the Canadian people?

China and Russia are needed by the global community to play more inclusive roles in human development problem solving.

Human development should be a universal priority but because it is set aside for the greedy ambitions of an aging patriarch’s oligarch members, human survival is an emerging and soon to be top-priority.