The 7 December 1941 Attack on Pearl Harbor was a surprise military strike by the Imperial Japanese Navy upon the United States against the unsuspecting Navy base at Pearl Harbor in Honolulu. It was a dirty deed. It was a filthy, bloody, scurrilous attack by an insane leader. The outcome was devastating. According to historians, 2,403 U.S. personnel died, including 68 civilians. The attack destroyed or damaged 19 U.S. Navy ships, including 8 battleships.

We weep for those families who to this day remember Pearl losses.

But I am afraid that the entire world is weeping for America today, for its fallen in 2020.

But no matter how bad Pearl Harbour was, Donald Trump’s COVID19 strategy is worse for America, every single day, now killing as many or more as died in the Pearl Harbour incident.

So if you ask an American which was worse, Pearl Harbour or Donald Trump…

What can be said about the United States as the President’s supporters are launching armed attacks against at least two women governors? What can be said about a country wherein over 100,000 citizens are hospitalized, fighting for their next breath, many waiting to die, because their President doesn’t give a damn?

A leadership that doesn’t care has consequences:

100,000+ Americans are very sick and Hospitalized; over 375,000 excess deaths are estimated to be due to SARS-CoV-2  in the USA; and over 15M reported cumulative cases of COVID-19 are growing at 1M each five days.

Since the 3 November 2020, election in which Donald Trump lost reelection by a landslide in favour of former Vice President Joe Biden and Vice President (elect) Kamala Harris, Donald Trump has been blustering constantly how he lost an election because of a massive fraud conspiracy against him. But Trump got 74M votes and Biden got 81M votes, a substantial plurality of 10% or more. Trump got trounced.

Click any image to enlarge and read in detail. 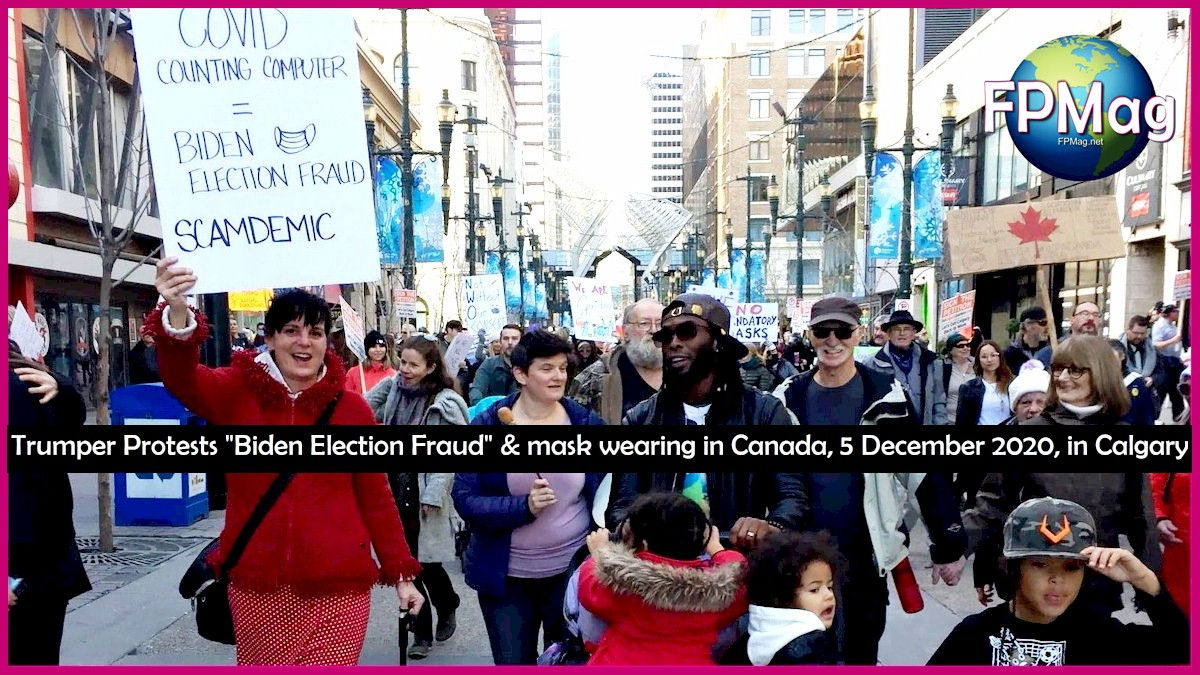 Explaining the forecast of 1 million US COVID-1 deaths by April 2021. America still within the forecast model of a million deaths by 31 March 2021.
1 Million cases every 5 days in the graph to the left will result in this massive rise in excess deaths in the spring of 2021 as shown to the right. Source: Civil Society Partners for Human Solidarity against COVID-19. Art/Cropping/Enhancement: Rosa Yamamoto FPMag 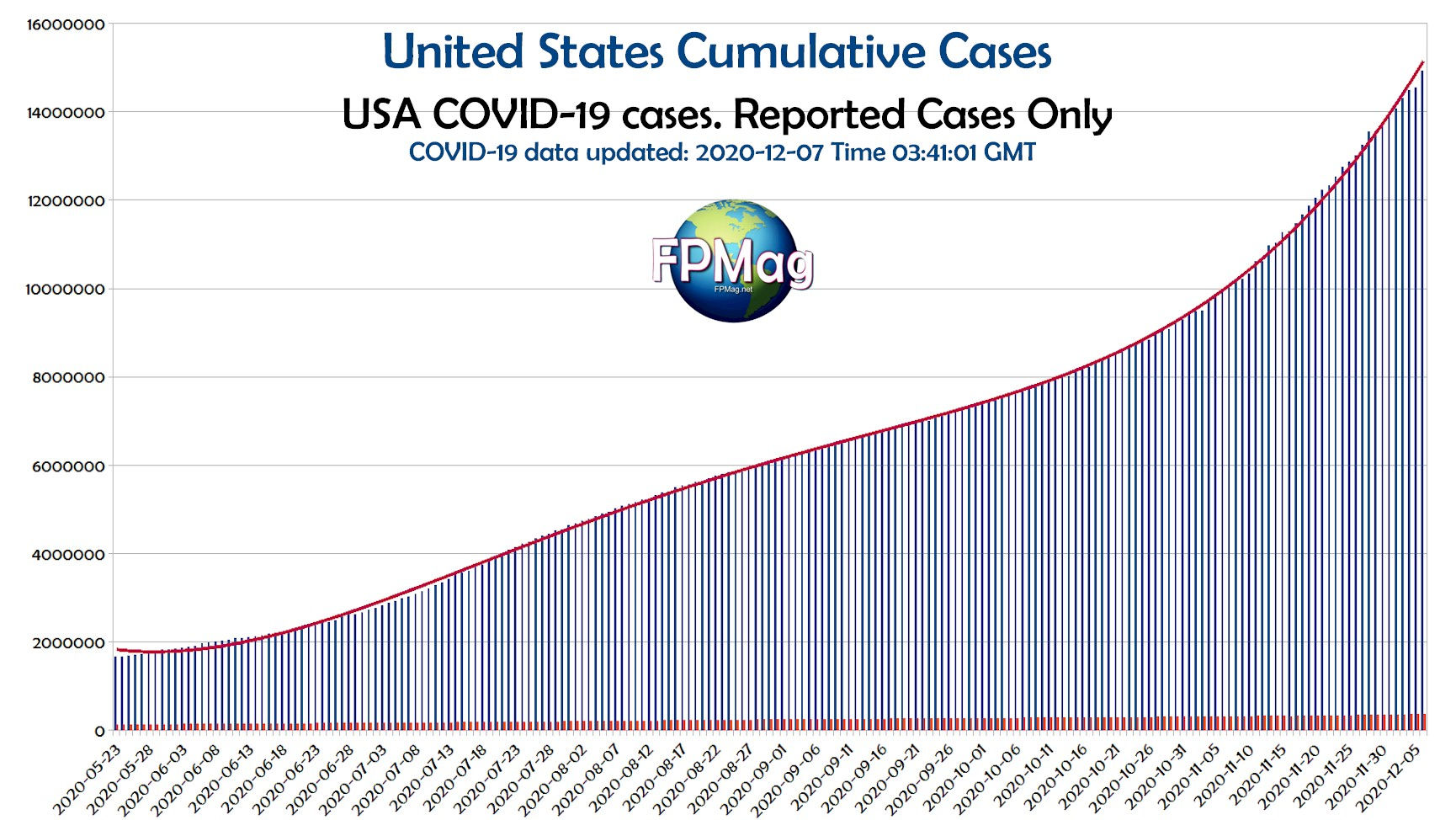 In order to avoid letting countries that refuse to report the sum of case recoveries, thus skewing global calculations, Burundi, Belarus, Belgium, Bosnia and Herzegovina, Britain, most provinces of Canada, Ecuador, FaeroeIslands, Falklands, Finland, France, French Polynesia, Hong Kong, Iceland, Mongolia, Laos, Netherlands, Norway, Peru, Portugal, Puerto Rico, Ukraine, South Korea, Tunisia, Sierra Leone, Sudan, Spain and Sweden 'recoveries' are estimated based on the current reported global recoveries as a percentage of all cases. (([reported recoveries]) divide (548,568,189 [Global Reported Sum of All Cases] less 29,596,809 [France Sum of Cases] less 901,739 [Ecuador Sum of Cases] less 12,681,820 [Spain Sum of Cases] less 8,152,778 [Netherlands Sum of Cases] less 2,515,769 [Sweden Sum of Cases] less 3,616,929 [Peru Sum of Cases])) = 96% a coefficient which is then adjusted according to the number of cases in the past 30 days and the new coefficient is applied to the sum of each of these nation's cumulative cases to estimate the missing recoveries data. In the case of France some additional hospital-sourced recovery data is factored.