Espionage is punishable by death in China. The two Canadian Michaels and an Australian blogger named Yang Jun have been held in China for one year for espionnage. Their cases have now been advanced to the prosecution stage. The end is near. Lethal injection or gunshot, convicts do not get a choice.

And Xi Jinping is growing bolder and meaner. Power corrupts and absolute power corrupts absolutely. He has a mandate for life and his power is absolute. He really is a king and not the kind of person to jerk around as Canada has done.

The American and Canadian case against Meng Wanzhou is unjust and as weak as a teabag in the Atlantic Ocean. It is also a selfish game by politicians who are blind to the harm they do Canadians. This conduct of the Canadian government is reprehensible. 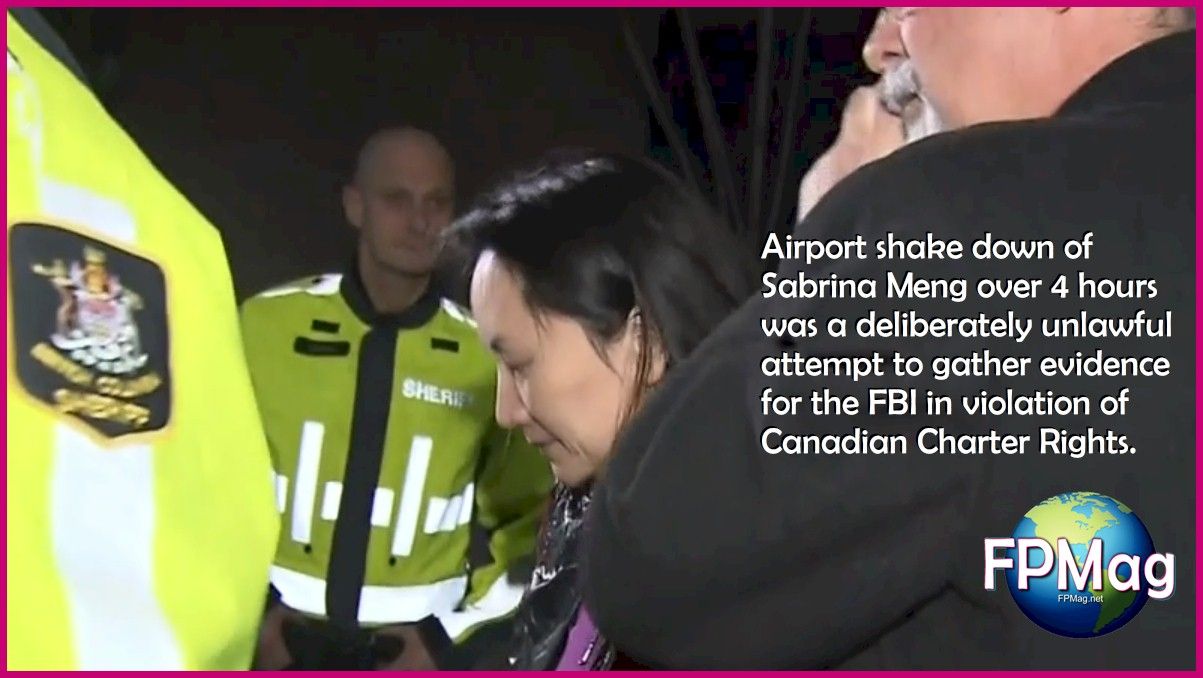 Unlawful arrest and confiscation of Sabrina Meng’s electronic devices and pass codes and thereafter sharing those with another nation state puts Canadian law enforcement in as bad a light as the Chinese gulag jailers who hold the two Michaels. (Canadians Michael Spavor and Michael Kovrig were arrested for spying in retaliation for the cartoon-caper of grabbing the CFO of Huawei off a flight to Mexico at the request of the Donald Trump administration in December 2018.)

Not only is Canada not in Beijing’s dark-side league, but its Prime Minister is still in the proverbial sandbox in short pants.  This gaff will go down in history as one of the country’s worst duping by America.

China is sliding into the most draconian totalitarian state of a kind never before seen. And Canada wants a war with these psychopaths who are gutting people they don’t like and selling their organs?

Thus far, Michael Spavor and Michael Kovrig are living a life of luxury compared to where this could go.

FPMag‘s sources across China warned against detaining Sabrina Meng because the charges are bogus and the Chinese will be brutal.

“Kidnap a Chinese Princess and you are dead meat,” they said.

Currently the consensus in Beijing is that Sabrina Meng will be released in Vancouver early next year. That’s why the Chinese have been nice about all this.

China, just like Iran, knows the West’s words of toxic hatred and men without a conscience are contemplating their position and calculating their revenge. This patriarch has no regard for citizens. This patriarch on both sides can’t see people, only its own pride and one upmanship.

Canada’s leader was morally bankrupt to put the country and its people in that position.  Michael Spavor and Michael Kovrig and their families are paying a price. That price will be their death unless Sabrena Meng is acquitted or released.

America is mad at Sabrina Meng because it says that China may have helped block the Americans from further hurting Iranian civilians. In no case does the Trump administration have the color of right. Nor does it have valid evidence. HSBC squawked against Meng to save its own executives from prison time. It’s all nonsense based on coerced testimony that says Huawei helped another country sell crappy used HP computers to Iranians.

Canada wronged the Chinese with a de facto kidnapping of Sabrina Meng.

China has created a trade: two Michaels for one Meng.

Do the trade, for the Michaels’ and their families’ sake and for every other Canadian who does business or humanitarian work in China.

Whatever favours Trudeau expects from Trump for playing this dirty kidnap game against China, Trudeau is screwing all Canadians. One would have thought the kid PM would be woke by now.