Rapist / Killer of Barbie Inocencio must be caught, says her friends. (Philippines)

Monique Deslaurier of the RINJ Foundation tells FPMag that she “took a call on my smartphone from a RINJ member in the Philippines whose friend, Barbie Inocencio, did not come home from school on Monday. From that moment until now the news gets more horrifying by the hour. We now know Barbie is dead, the victim of a kidnapping, rape and murder.”

“We are setting up a phone line for grief counseling of her peer group in the south of the Philippines,” says Deslaurier. “We have thousands of members in PH and many are medical professionals.”

“We fear that because there has been a spate of child kidnappings, part of a male entitlement cult led by the country’s leadership, that this may be related.”

“If not, it may be a copycat to the White-Van Kidnaps of late, she added.

“We don’t know what has happened to this child but what we do know is that there are thousands of wrongful deaths in the Philippines that have been ignored by the police and judiciary.”

“Raping and killing children in the Philippines is all too common,” she added.

According to sources, Barbie was last seen Monday after school near a bakeshop in Banga and was at the time wearing her school uniform.  The source claims Barbie made contact through her mobile phone with her family on Monday afternoon or evening after school. The source’s identity will remain anonymous because she  is not authorized to speak on behalf of the family and fears that a person-of-interest within the atomic family may be a threat to her.

Authorities are confirming reports that the child was sexually assaulted before she was killed. An autopsy has been announced, to be conducted by Philippines National Police (PNP) but no details have been released by police.

Local police say that the boyfriend of Barbie’s mother, Babelyn April, is a person of interest. His whereabouts are unknown. Anyone knowing this information should notify local police or the Philippines National Police without delay. 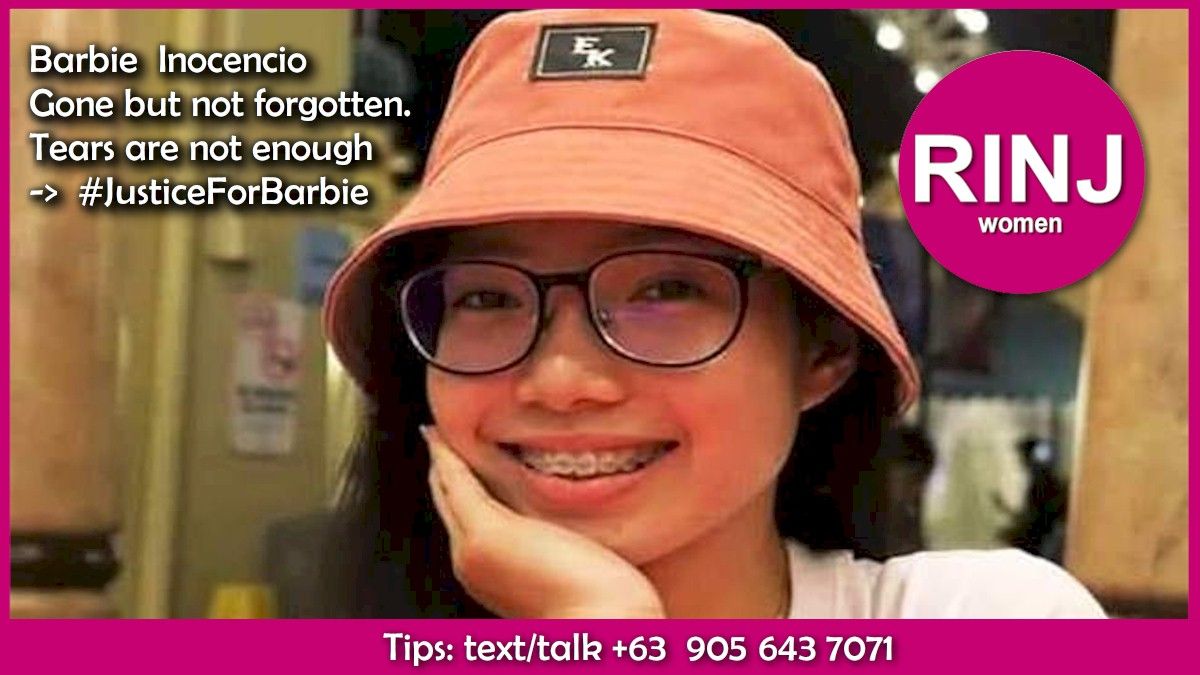 RINJ Women are looking for any information the public may have in the disappearance and murder of Kidnapped. Murdered. Barbie Inocencio, a grade 10 student of Notre Dame of Banga ~ Photo credit: Source Supplied

FPMag  learned that Barbie was kidnapped, perhaps sometime on Monday evening, and some 30 hours later seen dead in a sack floating in an irrigation canal. She was seen by several people before someone reported the sighting. Police at 2:30am attempted to apprehend an armed suspect but were thwarted with a grenade and hail of bullets. This is a dynamically unfolding news story. Some reports suggest that police have murdered the suspect around 2:30am after rousting him at his home and taking him away. No matter who the police have murdered, the rapist/killer of Barbie must be arrested and brought to trial. The finder of fact will decide who is the murderer of Barbie. 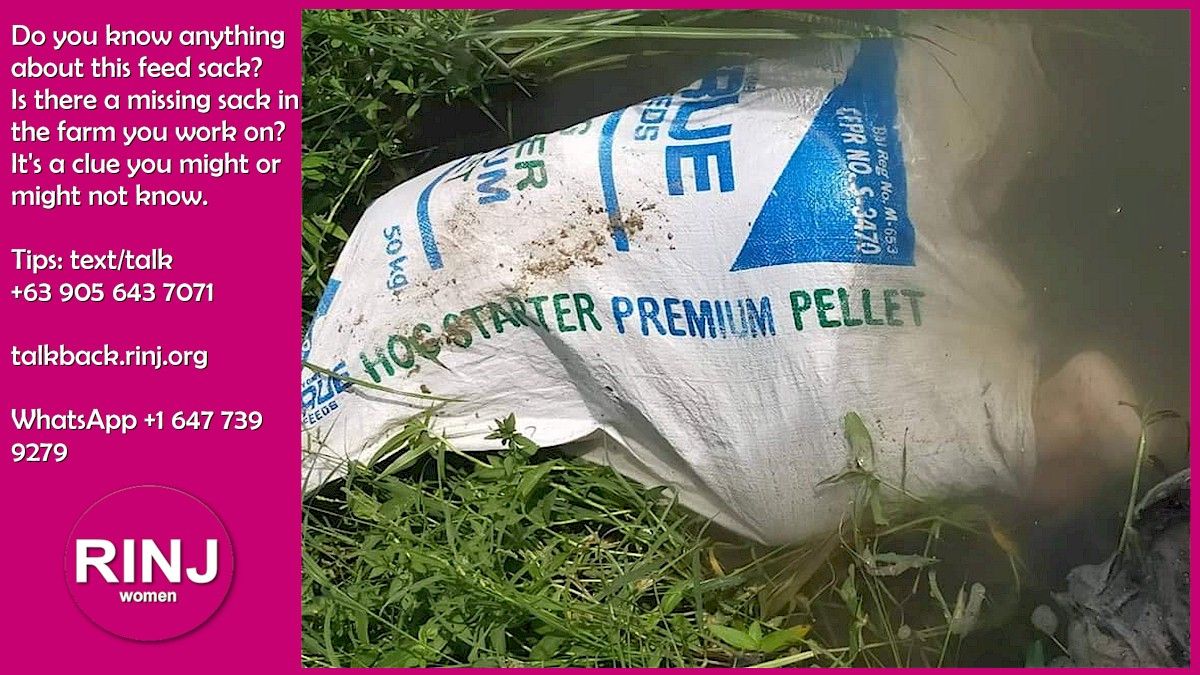