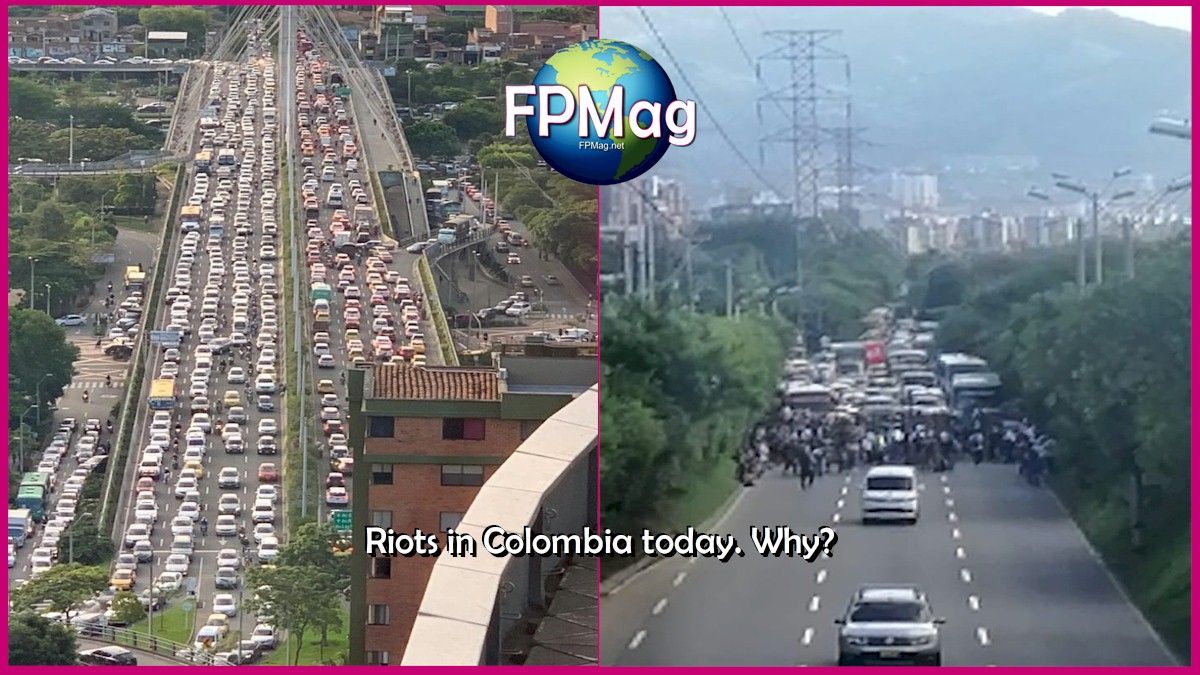 People are angry at austerity programs that clamp down on their lives even though they work hard and are very productive.

“Why is there not enough money for social programs and even basic needs when prosperity is strong nationally,” an academic asks as she stands and watches a population block a city intersection in Medellin, Colombia on 29 November 2019 at around 8pm.

Three things stand out in the Latin American unrest that is spilling into the streets.

Yes, something is very wrong in Latin America but it is the same problem around the world.

Katie Alsop, one of the bosses at RINJ, says from Europe in a phone call, “Governments are existing for the ruling class and not for their constituents. Thievery and corruption are whittling away the money that should be used for human development and community social programs for children and their families.”

“Women and children are less safe than they have ever been. Violence toward women; and diseases like HIV and HBV are now epidemic,” says nurse Michele who works on the front line of health care in South America.

“Government’s are not doing their jobs,” say demonstrators.

Humanitarian workers agree. “We seem to be the only ones actually caring for people and we find ourselves butting heads with governments at every level. They are trying to block us and making excuses why they don’t care and don’t provide the needed health care and urgent care services,” says Michele Francis, a team leader and nurse working in South America for a women’s global civil society group named RINJ.

“Rape and incest are not prosecuted and while gender equality is on the back burner, governments run by men don’t lift one finger to mitigate the rapid deterioration of the environment and the looming tipping points of climate change,” the RINJ director added.

Hitting the streets and blocking the onslaught of the fossil-fuel burning traffic storm somehow makes sense. In fact, “stop everything until this is all fixed,” said one women who sat in a roadway that would normally by churning in traffic. 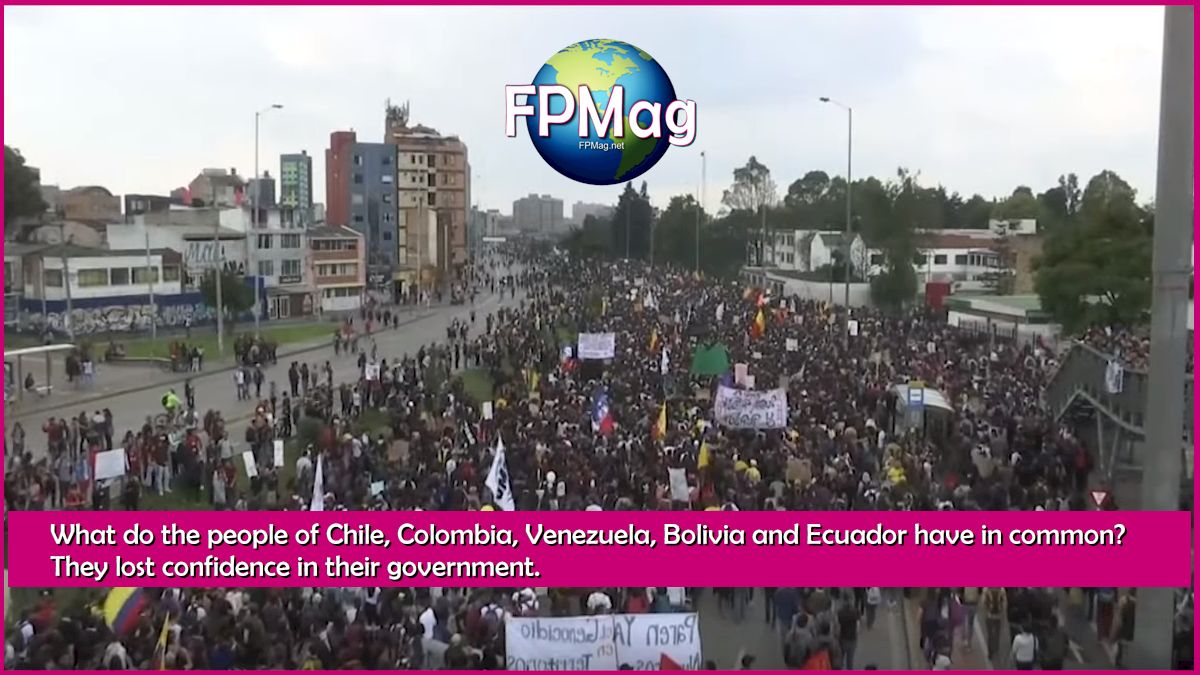 The picture and its story: What do the people of Chile, Colombia, Venezuela, Bolivia and Ecuador have in common? They lost confidence in their government.

Riots in Chile, Colombia, Venezuela and Bolivia and the riots in Ecuador earlier in the fall suggest that Latin America is boiling with discontent. So too is the Middle East and parts of Asia.

Medical workers yesterday were caught up in a demonstration in Medellin Colombia on 29 November at around 8pm. Watch this simple mobile disruption of city thoroughfare captured on a smartphone.

Video by RINJ Foundation medical workers in Colombia, some visiting from Venezuela for meetings. Medellin, Colombia on 29 November 2019 at around 8pm.

“Each government under siege is a borderline military junta. A crowd blocks an intersection and the next thing that happens is that its own citizens in the military are bearing arms against their countrymen,” says demonstrator.

Another Video by RINJ Foundation medical workers in Colombia shows the conundrum of citizens being attacked by their own citizens in the military. When a military turns against its own people it is called a “Military Junta”. Near Medellin, Colombia on 27 November 2019.