a Feminine Perspective by FPMag 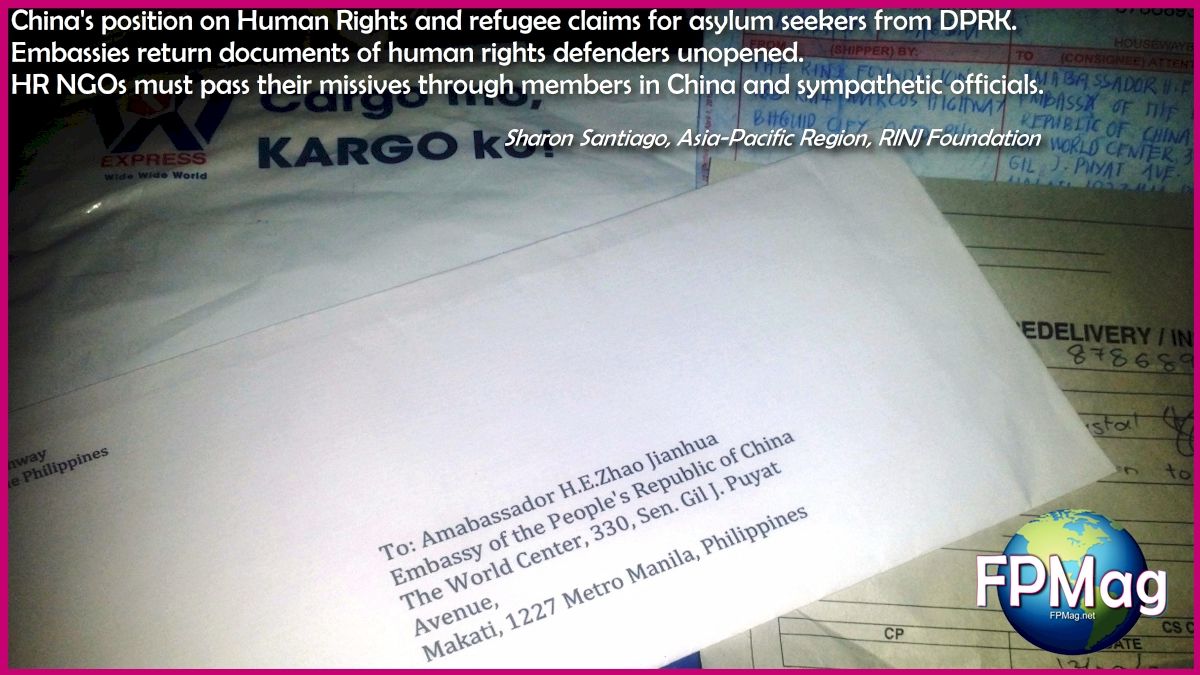 China’s position on Human Rights and refugee claims for asylum seekers from DPRK.
Chinese Embassies do not want to hear from human rights defenders and return individual case documents from legitimate human rights NGOs unopened.
Human rights  NGOs must pass their missives through connected members in China and via sympathetic officials.—Sharon Santiago, FPMag

The DPRK humanitarian crisis is on the whole world, not just the name-calling patriarchs of the two countries.

What the West’s leaders fail to see is that it is only people that matter if leaders are really doing their jobs. China, America and the DPRK have missed that point. Russia has made some very good suggestions. China has been swayed. Listen.

Brinkmanship games with human lives as pawns is betrayal of the values leaders claim to uphold. Leaders are elected or supported (if achieved by other means) because they observe their first priority which is the well-being of the people they are charged with caring for.

The RINJ Foundation has been making presentations to China on behalf of North Koreans seeking asylum. China has lately lost its hearing and has deaf ears to human rights narratives. Beijing is sadly losing wholesome friends.

China must please stop shipping back to North Korea those persons who manage to flee the DPRK and acknowledge them as valid refugees who will be seriously harmed if returned to North Korea. The same applies to leaders of all nations, particularly Russia’s Vladimir Putin and South Korea’s Moon Jae-in whose respected voices should be raised louder to China in support of this plea. Why?

North Koreans should be encouraged and assisted to leave North Korea. War is again at a threshold.

Mr. Kim. Do not ignore your Southern Counterpart who is a caring ally.

South Korean President Moon Jae-in has worked hard to try and regain the glimmering of hope for a comfortable peace and friendship between North and South.

President Moon Jae-in offers the greatest opportunity to the Kim dynasty in over sixty years for Korean Peninsula mutual prosperity. The potential for these two great nations working together is enormous.

President Moon’s request for talks with Chairman Kim Jong-un in early November came at a time of considerable distraction. But the gesture speaks loudly as a valid offer of friendship.

There is nothing the elected dictatorship in the United States can say about the leadership of the DPRK because it is not so different to what it criticizes. Any measure of authoritarianism disqualifies any source if that is the topic. The same is true for both sides although the DPRK has been more truthful and therefore more reliable.

For example, the DPRK will keep its promise. Pyongyang has promised a Christmas Present for Washington which should be translated as brinksmanship, “to fire a shot across the USS WhiteHouse bow”, in much the same way Iran has been doing with its enriched uranium in defiance of the partially disabled JCPOA.

Russia, China and Iran are understanding of the DPRK position although no nation relishes the idea of North Korea completing its current nuclear ambitions. The North’s instability is worsening according to well-informed sources in Pyongyang.

Some sources in Pyongyang fear an inevitable Pacific Ocean test of a nuclear device. Others suggest the current concern is a violation of the loose agreement of Pyongyang not to test another intercontinental ballistic missile (ICBM). All sources suggest it is very clear that a much better ICBM rocket engine is under advanced development.

What do the North Korean people want? They want to eat some food, drink some clean water and treat chronic illness with good medicine.

Kim Jong-un is on a desperately wrong path that is an end game for him personally. He risks losing everything unless he winds back his war-threshold encroachment. His leadership will not survive another failure and America plays a reckless shell game thinking a takeover would improve its position.

There is nothing about war in East Asia that is acceptable risk. Nothing.

The balance of power between China and America in South Asia is a notable requirement at the present time but the risk of China manipulating North Korea to expose American weaknesses should not be overlooked.

If America had not positioned enough nuclear weapons and military assets to destroy South Asia from the center of the home of Asians, none of this mess would be upon the world. China would not have felt it necessary to defend the South China Sea with so many weaponized islands in the Spratlys and the Paracels and Pyongyang would not be in a panic to match America’s nuclear capability.

North Korea has deliverable nuclear weapons as do India, Pakistan, Israel, Russia, the United States and Great Britain. Each of these countries is staring down the barrels of another nation and pointing their own weapons at another nation or two.

The people of the world are fed up with this nonsense and its International Criminal Court is going to tell America and Israel to Foxtrot Oscar and the people through their global institutions will investigate and prosecute human rights violations against the Palestinians and against the North Koreans.

America, a White Supremacist nation, has little to no riticense toward killing a hundred million people in Asia.That is the root of the problem in South and East Asia. 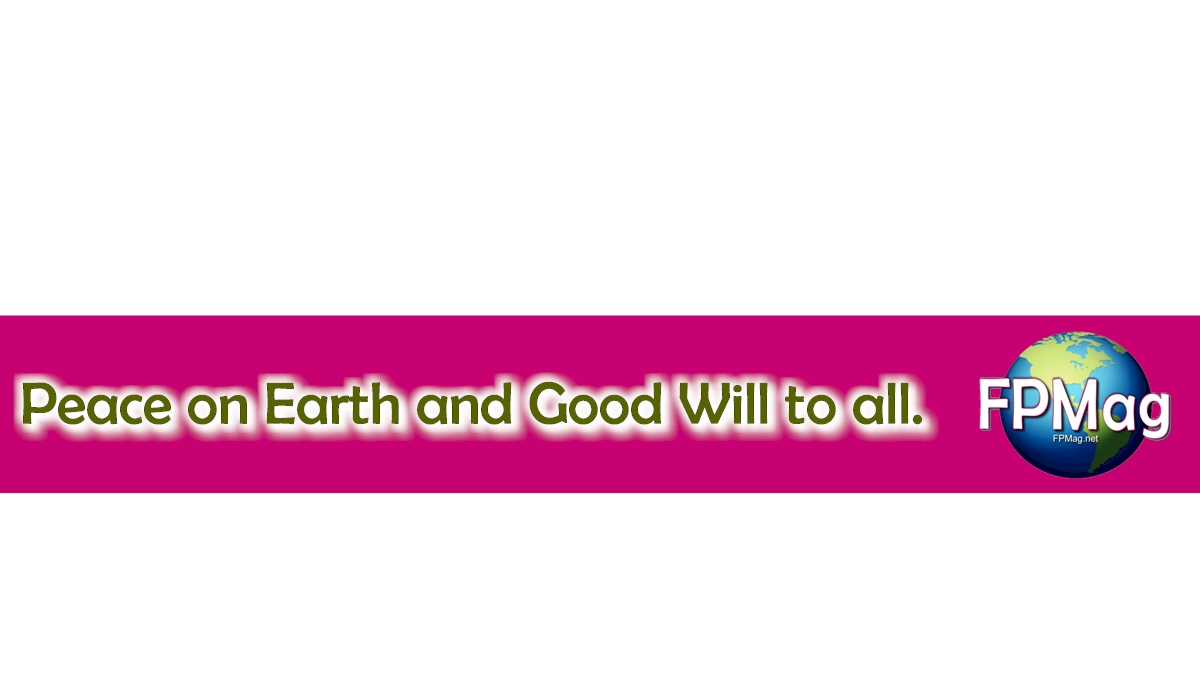