After so many years of British democratic rule, handing Hong Kong back to China failed. Originally it seemed OK. Then came along Xi Jinping, the authoritarian lifer and stifler of polycentric free thought.

A democratic election devastated Beijing’s legitimacy. There is no doubt about the will of the Hong Kong people. A single voice shouts democracy. HKers will not find that in China.

Yes. The core problem lies with Xi Jinping and his increasingly brain-dead cadre of  Communist pleasers who remain after Xi buried about a million opponents he labelled as “corrupt officials”. Meanwhile Xi’s dimwitted plan for planting spies in Australian and Canadian governments is as reckless and blatantly stupid-criminal as can be. It’s over for Xi Jinping—exposed as a throwback communist-brontosaurus. 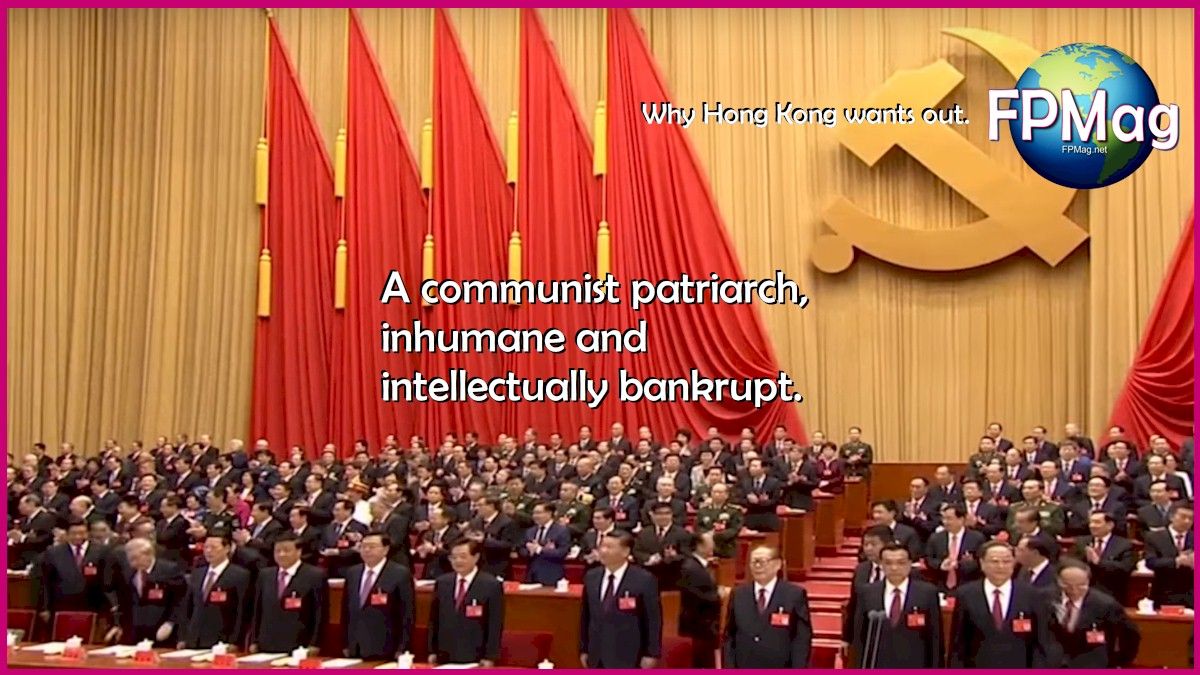 Those Communist Party apparatchiks in the Beijing government who kept their careers and cushy benefits are going over-the-top with Soviet-style intellectually dishonest doctrine—heaps of it piling up daily in Beijing like a flooding cesspool of stupid.

These dolts are so impressed with their privileged status and endless careers as Xi-commies that they pump out the most uninspired defiance of traditional Chinese logic.  The Chinese Communist Party looks like a collective jackass even to its oldest members.

If China doesn’t let Hong Kong go, the world is going to heave out Xi Jinping and his Falun Dafa-hating and Uyghur-hating torturers.

There’s a point to be made when Xi Jinping’s gang of commie-hoods come to dislike Falun Dafa because of what it stands for.

Falun Dafa is all about meditation and qigong exercises with a moral philosophy centered on the tenets of truthfulness, compassion, and forbearance. OMG—motherhood and apple pie are toxic to Xi. 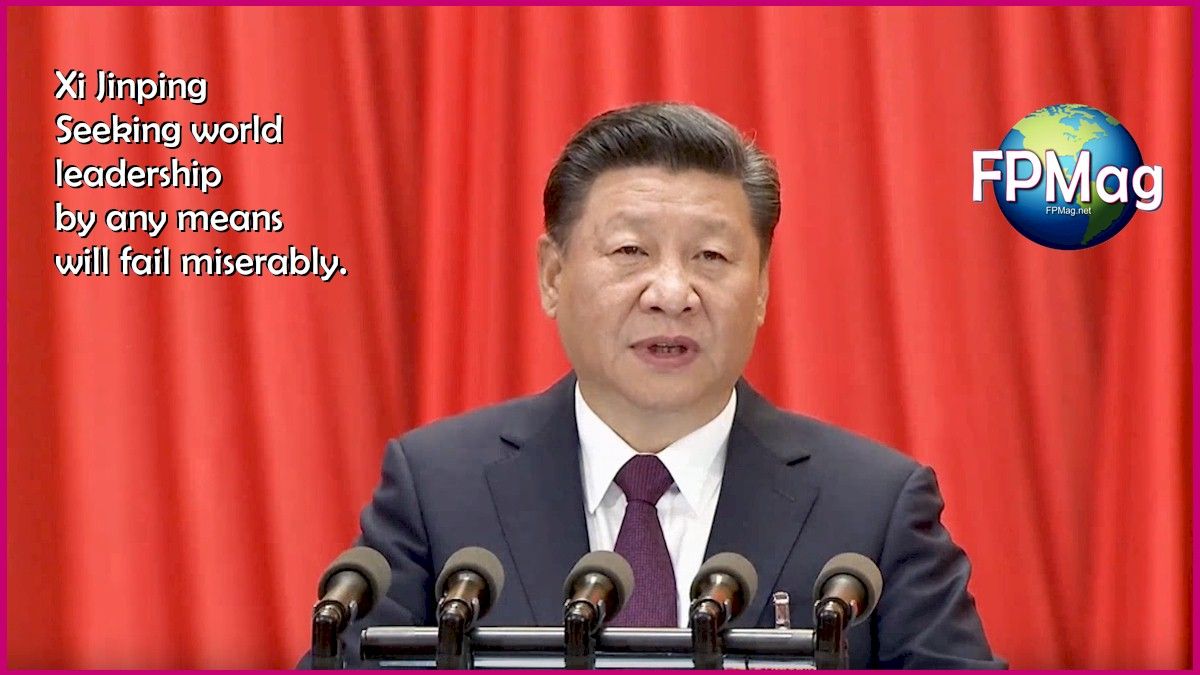 Xi Jinping is allergic to truthfulness, compassion, and forbearance.

This of itself speaks loads about the sick version of stupid that has come to prevail in the Xi Jinping mental leprosy he calls the Communist Party. They believe they have the colour of right but they are a page out of hell. You don’t treat people like this. Come a thousand years forward to the 21st century.

Hong Kong was the test of how bad things will get.  Xi Jinping cannot handle for a second anything like truthfulness, compassion, and forbearance.

Xi Jinping has a Failing F in everything human. Why is the world pussy footing around this deep well of intellectual darkness. 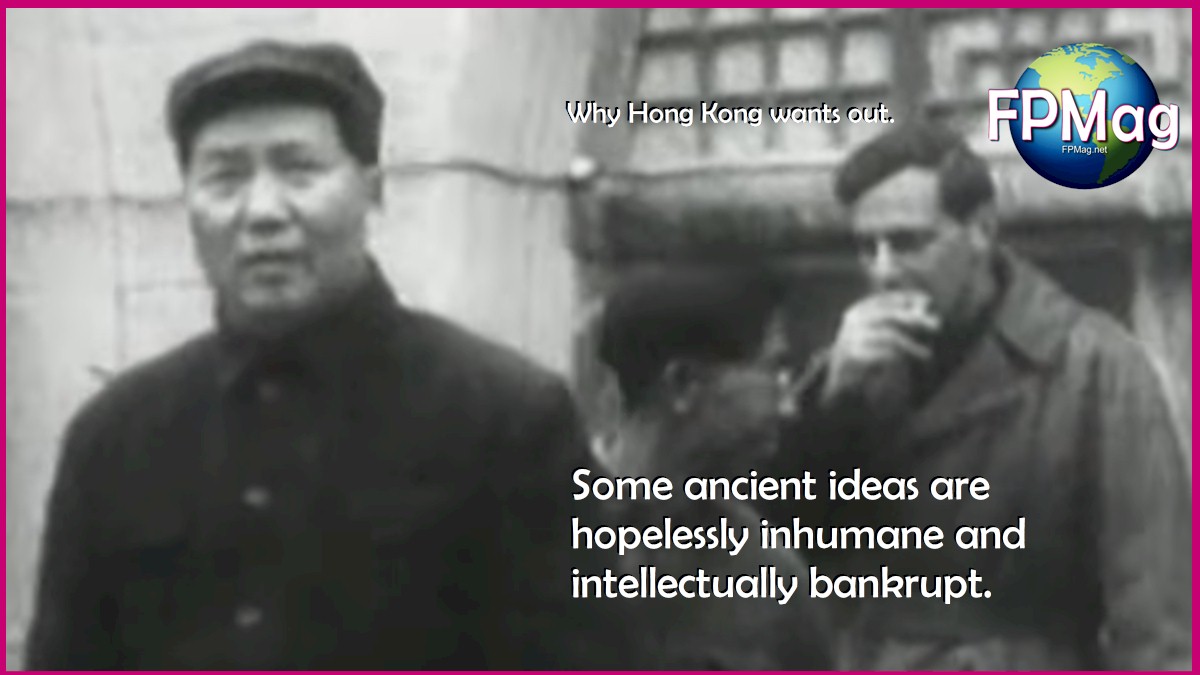 The Chinese people and their rich culture deserves much better government.

While it is easy to laud the brilliance of corporate entities like China’s Huawei and its very bright leadership, it is hard to imagine how they hold up in the backwardness of Beijing’s anti-freedom spiral into immoral darkness.

Stifling freedom of thought and deed is the antithesis of the brilliance of Huawei, and that is what Xi Jinping is doing to all of China.

Is that fair comment? A quick read of the manifest for retraining Uyghurs is revealing. It’s as brain dead as the nonsense that came from the Soviet Union‘s leadership which died the death of the brontosaurus.

The government of Xi Jinping believes the utter drivel that the Communist Party of China can retrain the Xinjiang Uyghurs such that they will forget Islam and adopt a Communist Party doctrine.

That is according to detailed data on Chinese government operating procedures, obtained by the International Consortium of Investigative Journalists. Citing the ICIJ and Wikipedia, the main feature of the camps and the training programme estimated to comprise a million civilians, is to enforce adherence to Chinese Communist Party ideology.

These people sit in rows upon rows of seats and listen to logic-defying bunk. Their ears are filled with brainwashing muck.

These are Muslim men, Uighurs, in what does not look like a ‘vocational school’ as Beijing claims dozens of camps to be.
Photo Credit: YouTube Screen Capture ~ Photo Art: Rosa Yamamoto FPMag

So that is the cruel stupidity and inhumane conduct of the Beijing Communist Party under Xi Jinping since 2016. Stupid is what stupid does. But stupid is not an excuse for massive human rights violations and crimes against humanity. Xi Jinping needs to be in handcuffs.

As it was in the Soviet Union, Xi Jinping advocates indoctrination propelled by utter fear (he has wacked thousands of opponents), frightening everyone; forcing an ideology that people with Intelligent Quotients  (IQ) well below average could easily adopt; and compelling them to follow the Party zealously. Those below-average indoctrinated  walking dead Apparatchiks, many of whom are rewarded by the Party for ratting out a neighbour, push fear and submission into most of the rest of the population.

Hong Kongers want out before it’s too late.

That’s why Hong Kong’s youth and its children are in the streets, crying  for change.

Finally it was the young who broke the Soviet Union, with much help from Ronald Reagan, Mikhail Gorbachev, Brian Mulroney, Helmut Kohl, Francois Mitterand and Maggie Thatcher.

There are few if any leaders of their calibre today with maybe the exception of Emmanuel Macron and the extraordinary Angela Merkel.

Hard not to empathize with Carrie Lam who is between the Devil and the Deep Blue Sea but it is time Hong Kong, backed by the world, walked away from China.

The stops are coming off and the world needs to step up and help Hong Kongers get their freedom, if that is what they want. According to their recent election, they do.