“Buy what we tell you to buy,” says American Patriarch to Canada.

Canada’s Prime Minister Justin Trudeau is not likely to succumb to bullying from the American Patriarch or the American-Owned Conservative CSIS (Canadian Security Intelligence Agency). This article shares some truths about the hypocrisy of that bullying.

A new threat from the people who brought you the Iraq WMD-war, a million dead Iraqis, and a destabilized globe to rid Iraq’s non-existent weapons of mass destruction has landed in Canada. The WMD invasion was in 2003 and America still occupies many bases in Iraq under Baghdad’s protest. That was a war Canada’s Conservatives were dragged into until the RCAF bombed an ice cream factory on 19 November 2015 killing three dozen and injuring dozens more children  in Mosul, Iraq. Justin Trudeau ended the operation immediately after his election.

Now the American Patriarch’s spokesperson, Robert O’Brien, the recently minted National Security Adviser to the impeached Donald Trump says Canada will be cut off from the pretentious Five Eyes collaboration if it buys the world’s leading 5G equipment from Huawei.

“The racist Five Eyes white-anglophone-only intelligence alliance comprises Australia, Canada, New Zealand, the United Kingdom and the United States. These countries are parties to the multilateral UKUSA Agreement, a treaty for joint cooperation in signals intelligence. They are almost an American cult,” says Simon Baldock, an Israeli who is a specialist in personal security currently operating in Venezuela.

by Micheal John [Editor], a former Canadian Chapter President of the Armed Forces Communications and Electronics Association for over eight years.

Who is telling Canada what 5G equipment it must buy? An Impeached US President who is overheard around the world on his unprotected personal cell phone talking national secrets and according to US Congressional testimony of those who have overheard him, plotting the blackmail of the Ukraine President. This non-credible source is telling Canada that it will be punished and ostracized if it buys Huawei equipment as did South Korea, Switzerland, the United Kingdom, Finland and others.

Just like the weapons of Mass Destruction in Iraq, the American Patriarch’s lies about Huawei 5G Technology are also dangerous to Canadians. 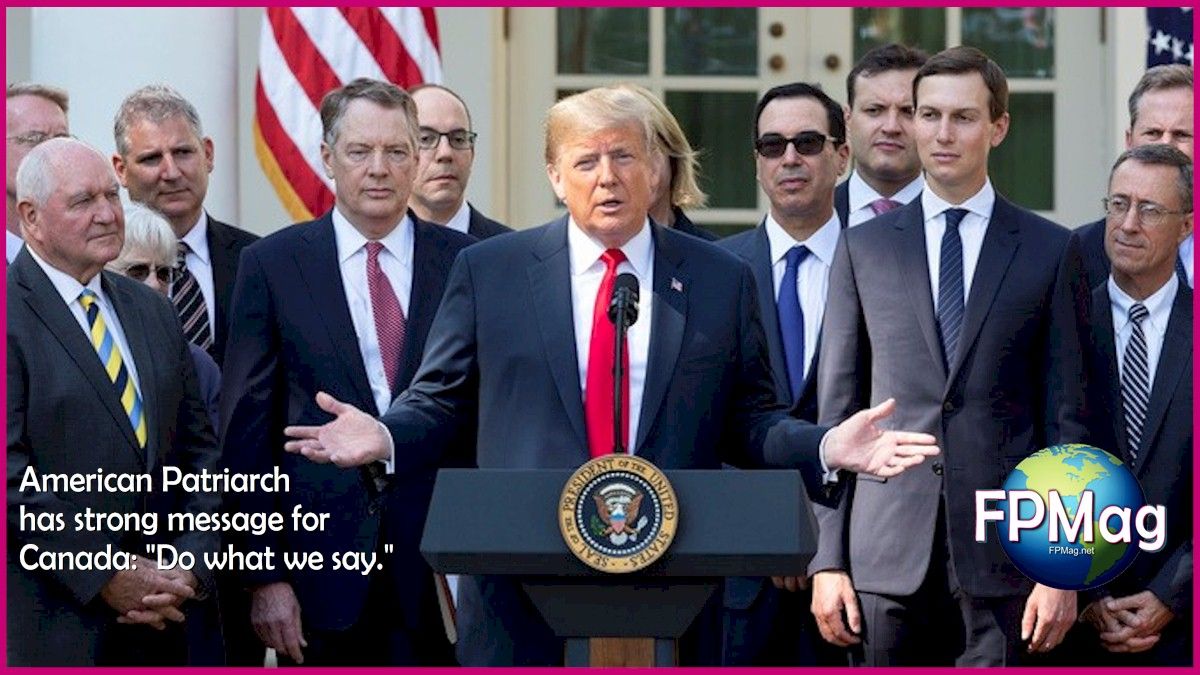 American Patriarch Message to Canada: “Do What We Say”.

“Canadian high technology in the area of command, control and communications is among the best in the world,” says Baldock.

“These are not a bunch of inept tinkerers as the American Robert O’Brien implies. Canada does not have anywhere near the cyber security issues that the Americans suffer because its cyber-security technologists are among the best on the planet,” the security specialist added.

And Canada has a good working relationship with other innovators around the world. The global giant Huawei Technologies with operations in most of Canada’s allied nations is one such country but most notably, because its constituent market is around 7 billion people, it has been able to design and build the best infrastructure, according to the Information and Communication Technology Council.

That’s something that Canada’s companies want and need.

According to a spokesperson for Innovation, Science and Economic Development, Canada, “for years, Canadians have been focussed on developing the right skills initiatives and putting them in place with the right combination of aptitudes, competencies, and experience to be able to drive innovation forward in these emerging areas of technology and the economy.”

As the Information and Communication Technology Council noted, “generating key talent streams today and equipping them with essential digital skills is one way to not only effectively leverage and weather the disruptions of the digital economy, but rather, to help all Canadians thrive and grow as they take place.”

“The trick to technological innovation,” is to not do redundant research and development to reinvent something that has been invented.” notes Simon Baldock.

It’s the same with 5G technology says the security technology specialist.  Canadian companies don’t want to spend their research and development money on things that have already been invented, they would be better off finding niche technology and markets that implement the basic technology to make citizens (users) lives better.

In the case of Huawei switches, routers, transmitters and receivers for enhanced mobile broadband, ultra reliable low latency communications and massive machine type communications, once a company like Rogers buys the equipment, it then controls the information.

The American Patriarch is trying to scare Canadians by claiming that their personal information will belong to China. Not true unless Rogers or any of the other carriers actually sells the information to China. Not that the Chinese would really be interested in how many boyfriends the Mayor’s wife has, and other crazy gossip like that which kids spam outwards on their chat platforms.

America is at war with China and it already dragged Canada into part of that when it tricked the Canadian Prime Minister into kidnapping a Chinese Princess. Canada is not at war with China.

5g Technology is extremely important to Canada because of the vast distances that separate Canadians and their institutions.

With a 5G network a doctor in a clinic in Redcliff, Alberta treating a child with rattlesnake bite can get feedback on vitals and poison antidote dosing in real time. A baby in anaphylactic shock too far from a hospital can be diagnosed on the spot and a pattern of treatment begun preparing the child for safe transport. Why? 5G technology has the ability to interface any thing and transfer its data sets faster than a human can think the information let alone read it out loud. That includes sphygmomanometers; glucose testers; thermometers; heart rate monitors; oxygen analyzers; and other gas analyzers plus many more. 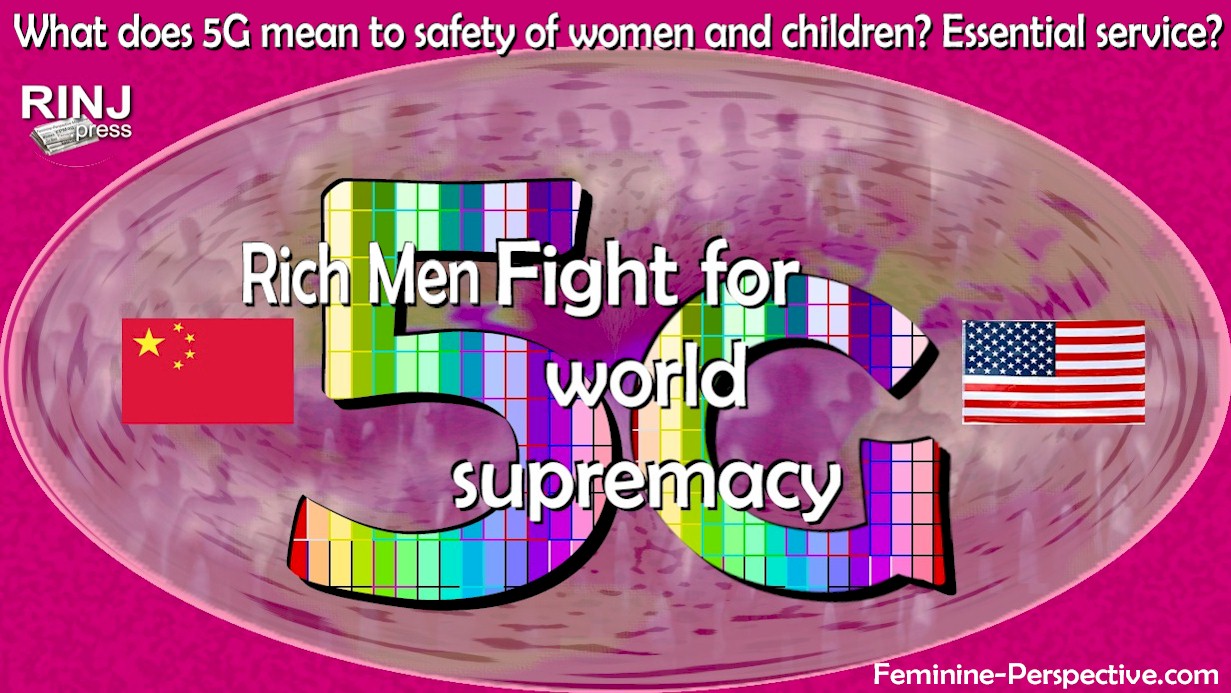 This is an opportune time to be talking about 5G  technology. The mobile communications industry scrambles now with last minute preparations for the Mobile World Congress (mwc2019) in Barcelona, Spain, from 25 to 28 February. The world most certainly will hear a range … Continue reading ?

Telegram, Signal, WhatsApp are just three names of encrypted communication smartphone apps that governments can’t monitor when users seek privacy and choose to create end-to-end encrypted conversations. This act is unequivocal proof the user does not want to be eavesdropped. … Continue reading ?