Comment: Trump’s Idiocracy Cult is Killing Americans. Wear a mask to be safe.

Americans refuse to wear a respiratory protection mask and an estimated 62 million of them have been infected one way or another by the ferocious SARS-CoV-2 virus which causes the COVID-19 disease.

The logic doesn’t require an epidemiology doctoral degree. The pandemic virus is a respiratory illness and just like we protect our lungs from pollution or sawdust, this disease indicates we all need a mask. It also, like car exhaust, is in the air as people-exhaust.

Why write articles just insulting Trump when half of America is just like him, white supremacist males who are macho-talking but teetering-walking due to pervasive obesity. Is ‘nature thinning the herd’ as Mike Judge implied in his movie, Idiocracy? (Which movie readers can stay home, stay safe, and view in its entirety at the bottom of this article.)

For this mask stupidity, America is easily seen today as not a democracy but an Idiocracy, Mike Judge style.

Tomorrow, the white male half of America will be doing verbal monkey-backflips over the “commie-loving Joe-Biden” choice of a running mate. Kamala Harris.

Joe, a boy ‘who kicked the hornet’s nest’.

Kamala Harris is a Black, part-Asian, Democrat woman. As such she is everything Trump despises.

Trump’s male white supremacist cult followers are so loyal to Trump they would drink his Kool-Aid even if he peed in it. The Klan members are already mimicking Trump’s apoplexy symptoms at this brilliant woman but now she is headed toward the Vice Presidency of America, the cultists are going crazy.  This for the Trumpsters is a worse face-slap than was Obama’s 2008 commencement of a two-term US Presidency; a Black man in the White House for eight years.

The Trumpster-cult never imagined a Black woman at the top hence they don’t know how to react besides sitting and twitching on the porch with their assault rifles across their knees while their quivering hands caress their shotgun barrels.

Barrack Obama was the first Black American to become President. That angst must have shaved years off Donald Trump’s life. The overweight misogynist/racist has not stopped deriding President Obama and First Lady Michele Obama with racist slurs since 2008.

Donald Trump is a particular individual who has occupied the White House. He is a stout man who takes malaria medicine in an air conditioned mansion in a polluted city that has no mosquitoes.

Trump might not be drinking disinfectant as he suggests you should, but for sure he gets tested for COVID-19 as many as three times a day. There are some rumours he is eating his own feces and screaming at the moon, but that could just be a mistaken identity say some of the ‘shine-runner MAGA boys’ in Kentucky who describe a rival over-70 Ku Klux Klan MAGA2020 chapter in the same way. (Too much stress cussing a Black man in the White House for eight years and too short-winded to wear any kind of mask.) The MAGA story-tellers are a little confusing since they among hundreds were left sick and delirious with COVID-19 fever since the little Tulsa, Oklahoma rally on 20 June. It’s all muddled. Everyone is told to tell the same story but nobody wrote it out so as a default they chant “TRUMP TRUMP TRUMP” and “MAGA MAGA MAGA”. 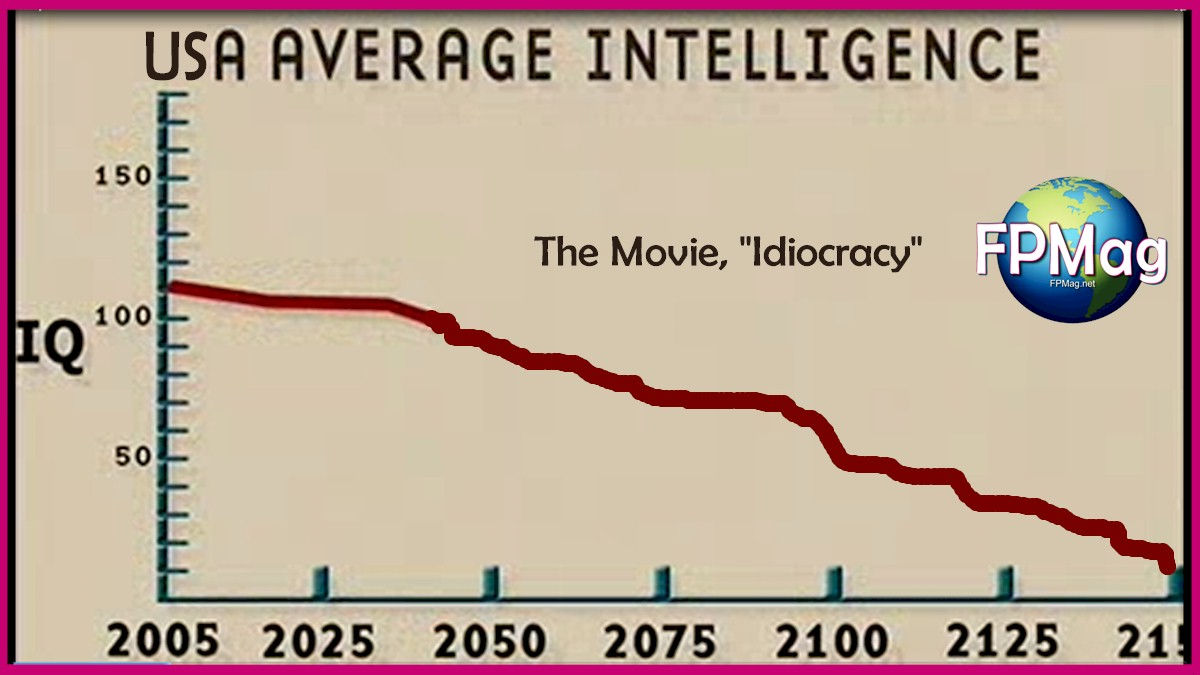 Trump Spends Billions on Vaccines and may have volunteered as a tester for Vladimir Putin’s untested KickaCovid -Joy-Juice inoculation toxin.

Trump has government scientists working hard to develop vaccines that increase longevity of erections and eliminate hair loss. As a sole test patient he has notably stopped turning orange lately, but there are other bizarre side effects, as noted earlier.

Trump’s cult members (political followers) are mostly male white supremacists with IQs lower than 85 and who never attained an education higher than grade 7, but with their guns earn a good living hitting banks. 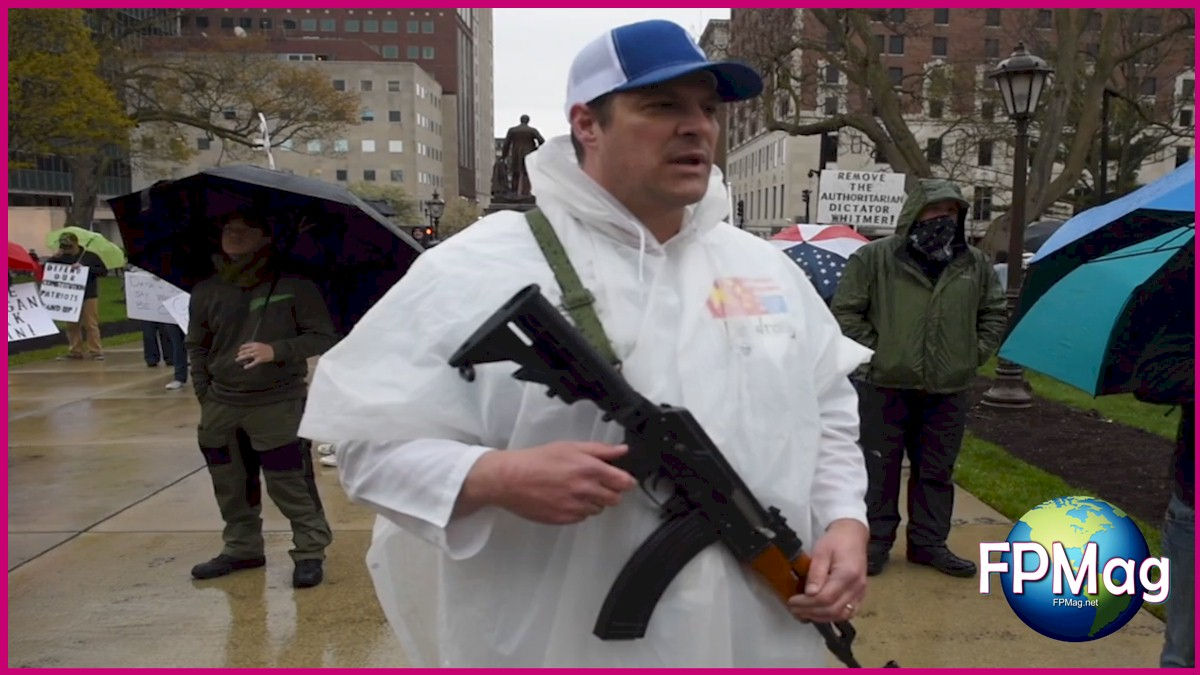 Protesters are gathered in the rain on the Capitol lawn to protest Gov. Gretchen Whitmer’s stay-at-home order during a spike in the COVID-19 Pandemic. Youtube Video Capture

Let’s look at this idiocratic cult led by Donald Trump. Trump leads the world’s stupidest country with a raging respiratory disease epidemic; a hot-air virus fog that tops Los Angeles and New York pollution indices; yet he doesn’t want to wear a mask to protect  his respiratory system. 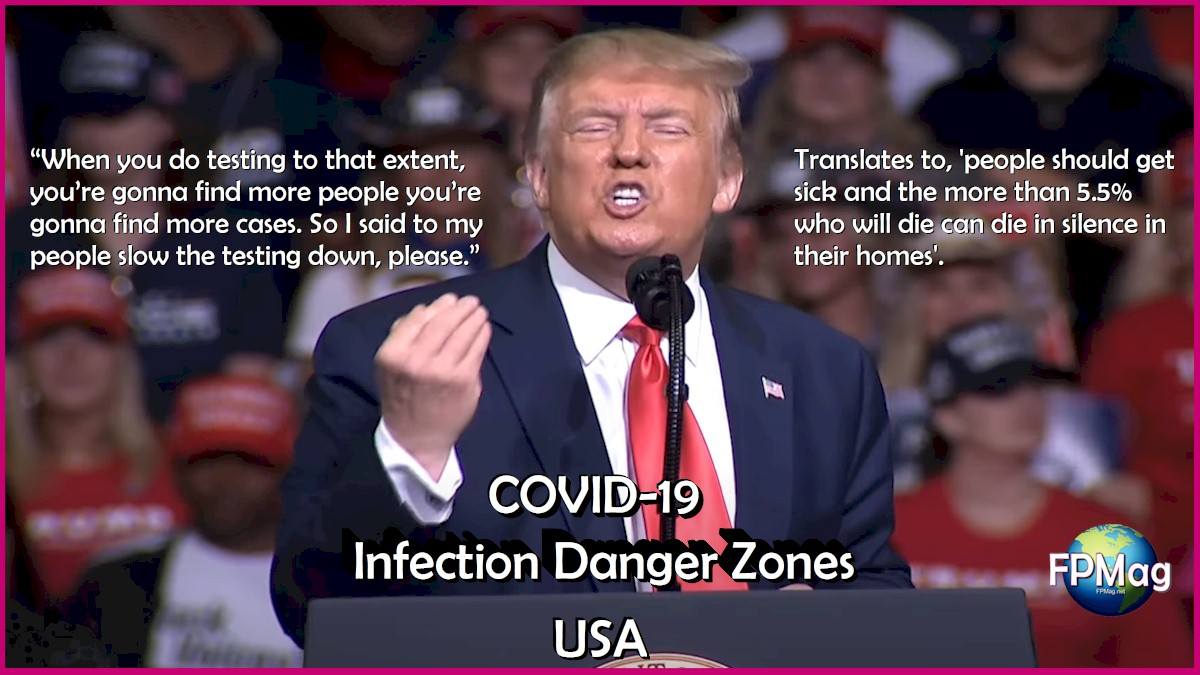 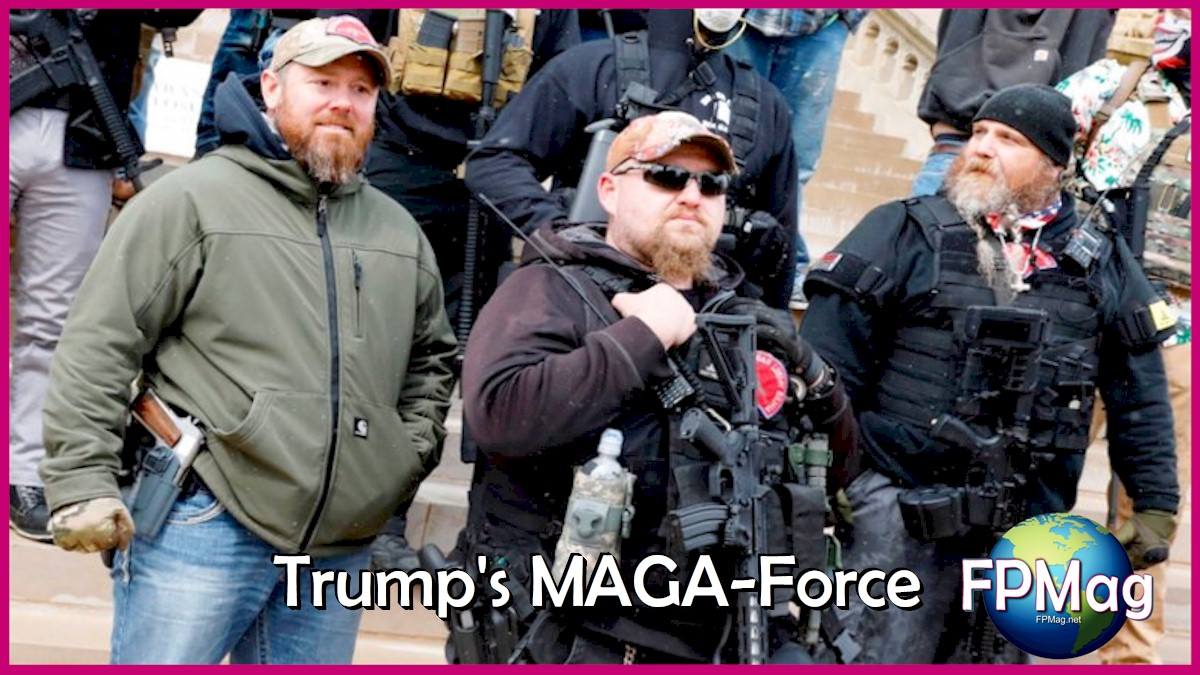 There was a time when America was smart. USA led the way in technology.

But then came China

In China, the people do not drink disinfectant nor do they carry semi-automatic weapons through the streets to the Governor’s office to raise hell about wearing masks. Nobody is perfect—some Chinese eat bats ‘n rats. Whole. Some even eat raw fish. But a quick check in the encyclopedia suggests these are great brain foods. You’d never catch a Trumpster doing something like that.

In China, the 1.4 billion population has the biggest middle class in the world. Many of them TikTok. Some just watch Americans TikTok. That’s a problem for Trump. Having a couple billion Asians laughing at Trump, all at once, is quite noisy. Trump is planning to ban or destroy TikTok.

That would be a shame for talented video artists like Sarah Cooper so we share her work herein.

Read books, stay in school even if it is online virtual class, and wear a proper mask. Just do it. Don’t question it. Just do it, before the whole country is wiped out.

There is a startling reality few people have picked up on.

Watch the movie, Idiocracy. Mike Judge predicted these times back in 2006. 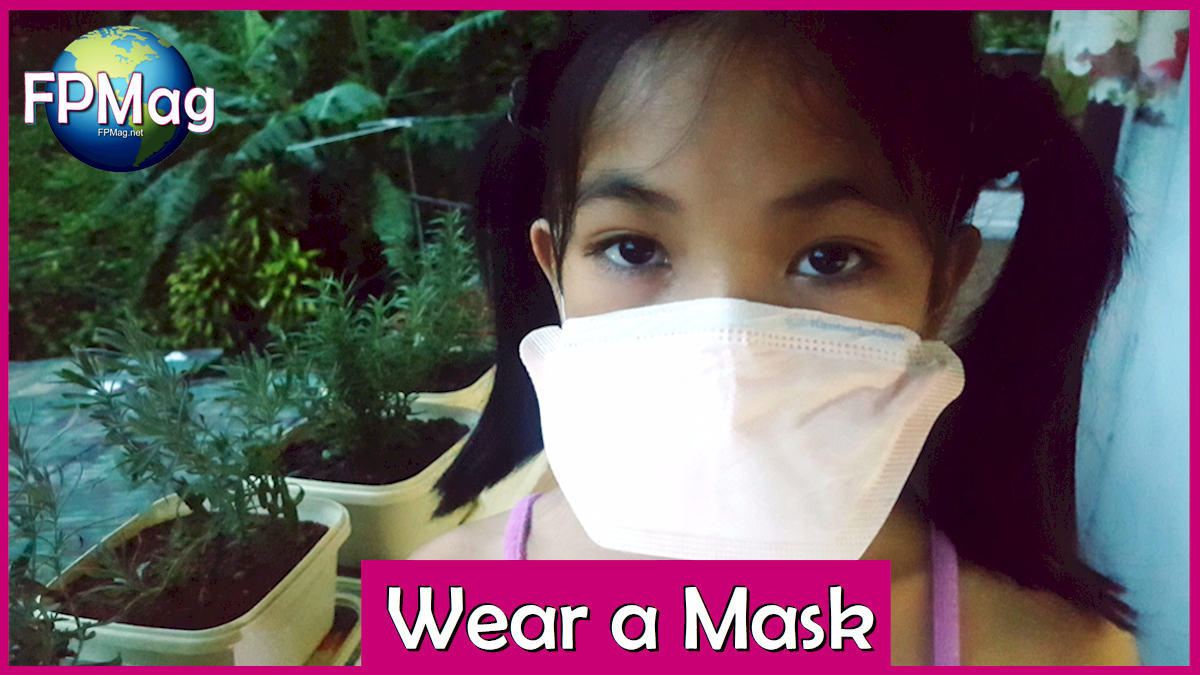 One of many types of medical masks. COVID-19 is a respiratory illness hence you must protect your respiratory system. Wear a NIOSH N95 mask outside your home & near anyone in your home who has symptoms or who is quarantined. This is true for all humans without exception. Learn to fit check & wear these masks. It’s your future. Wearing a medical mask does not take one away from a frontliner it keeps you off their dying patient list. Photo Credit: Melissa Hemingway.