Pompeo Visits Canada as Tension Mounts Prior to G7

The Biarritz Summit (G7 Summit) will be held on 24–26 August 2019 in Biarritz, France and it will be the first for Boris Johnson, Britain’s new leader.

Security is a big issue but huge rifts between North America and Europe over the Iran situation and trade wars are not far away from security worries.

Emmanuel Macron, has been quoted in The Guardian saying he will use this weekend’s G7 summit to attempt to de-escalate tensions between the US and Iran and seek to overhaul the global corporate tax code to make corporations like Google and Amazon pay more

No Pre-G7 Jitters in Ottawa

It was all smiles in Ottawa today when Michael Pompeo came calling for the first time.

Canada’s Foreign Minister Chrystia Freeland and US Secretary of State Michael Pompeo have been through the hoops together on the US Mexico Canada Agreement on Trade (USMCA).

They seem to make a good professional team. But now it is time to get the three countries to pass the agreement into law, otherwise North America could get economically messy because at the industry and trade level, there will be chaos over taxes and tariffs. 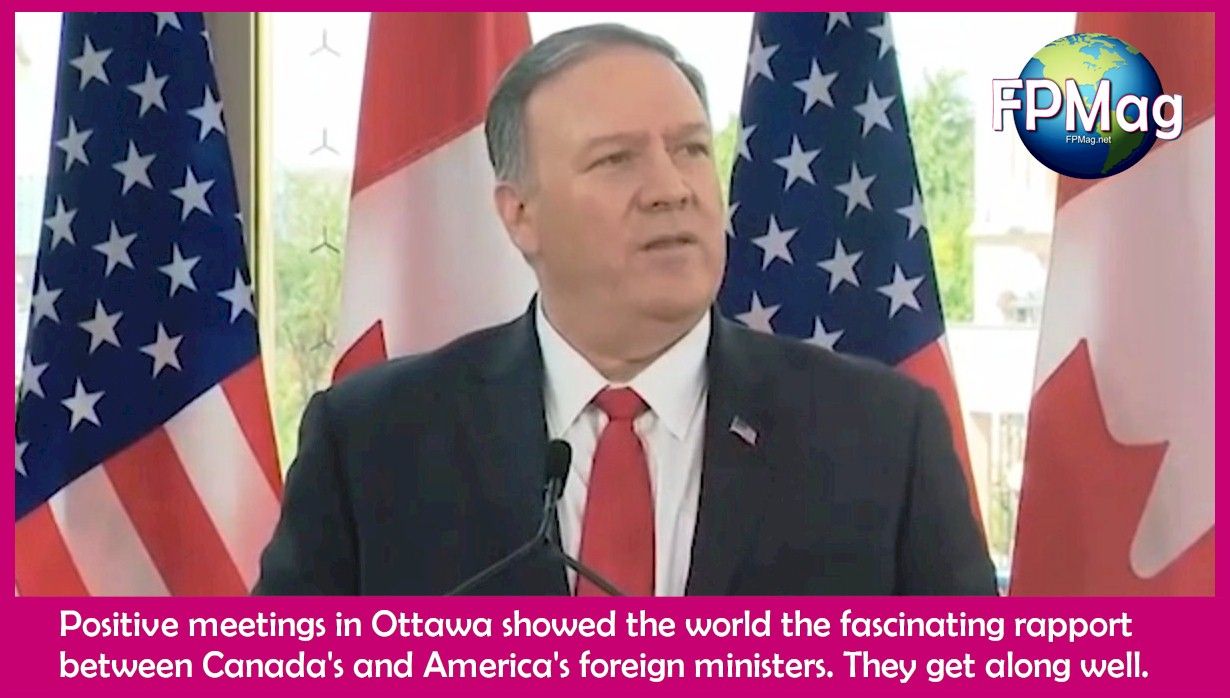 Pompeo needled Canada about its failure to arrive at 2% of GDP annual defence expenditures as required by NATO . That’s something Canada has failed repeatedly and needs to remedy in accordance with the Alliance’s rules and standards says a 17 November 2018 NATO report which slammed Canada no less than 15 times for not pulling its weight. 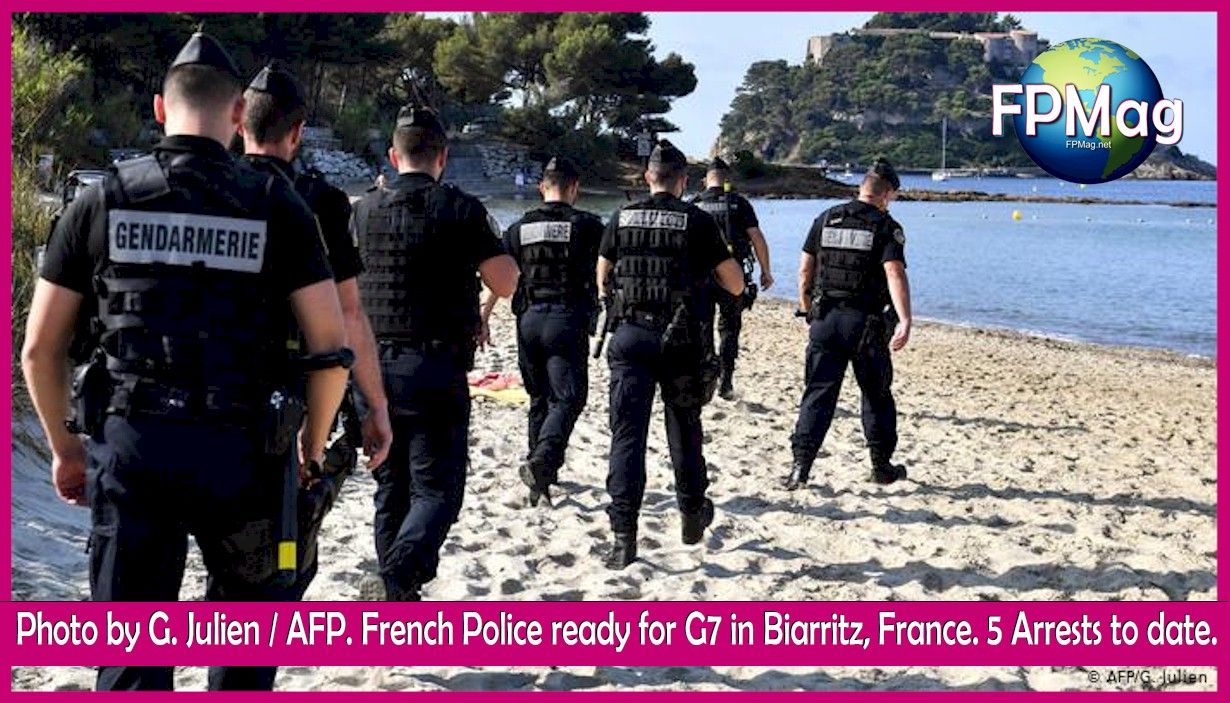 The G7 seemed far from Pompeo’s mind when a reporter asked him about Washington using the Meng Wanzhou arrest as a bargaining chip in the US/China trade war.

Most media outlets have picked up on Pompeo’s admonishment of a  media person over the wording of a question related to Sabrina Meng extradition versus the ongoing detention of Canadian citizens Michael Kovrig and Michael Spavor in China.

This was his response:

“I’d just add there, your question took the Chinese line.  Your question connected these two things.  These are deeply different.  The arbitrary detention of two Canadian citizens in China is fundamentally different as a human rights matter, as a rule of law matter.  These are fundamentally different matters than the Canadian decision to use their due process and the rule of law to behave in a way that’s deeply consistent with the way decent nations work.  And so when you ask this question, you connect them up.  That’s what China wants to talk about.  They want to talk about these two as if they are equivalent, as if they’re morally similar, which they fundamentally are not.”

According to the US State Department, Pompeo discussed the ongoing humanitarian crisis in Venezuela, and expressed appreciation for Canada’s consistent support to international efforts to maintain pressure on the corrupt dictatorship of Nicholas Maduro.

Canada has played a significant role in the “Lima Group”. 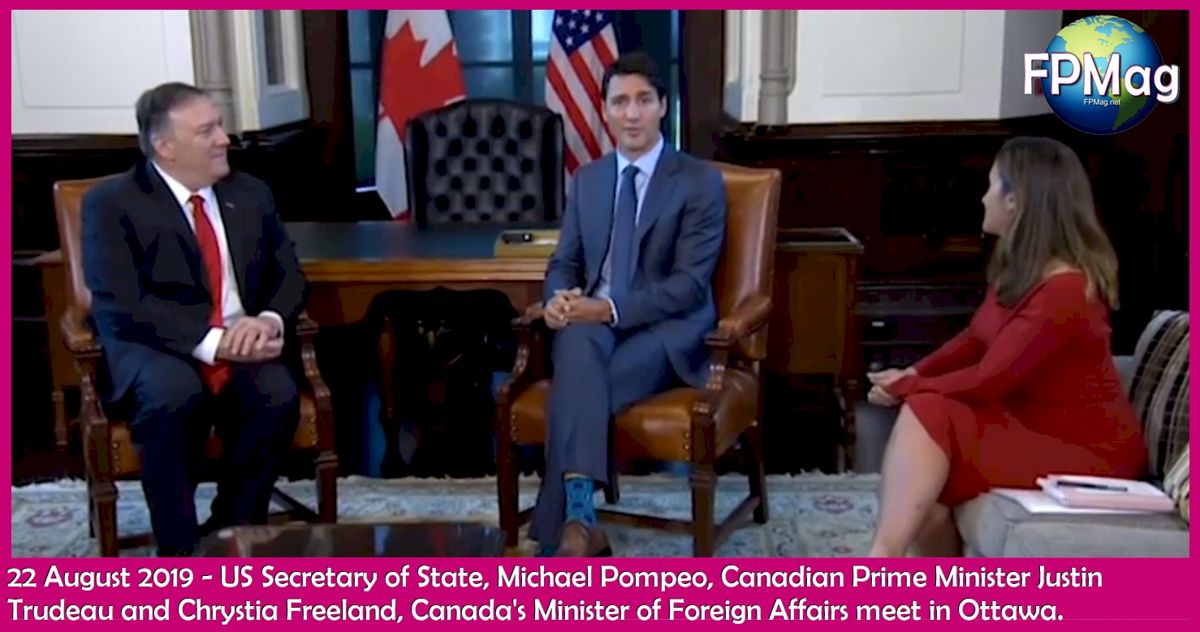 The photo and its story: Positive meetings in Ottawa showed the world the fascinating rapport between Canada’s and America’s foreign ministers. They get along well after their many months of stick handling the awkward moments of the North American Free Trade negotiations. Next comes the challenge of sidestepping politics and getting the agreement passed by the respective governments. Photo Credit: Video Capture. Photo Art: Rosa Yamamoto FPMag