Duterte heads to Beijing with SCS ruling and Nukes?

Why would Philippines Allow USA Nukes?

Corruption at every level? Why aren’t Filipinos in the streets raising hell?

“You can get anything you want in the Philippines,” said a US soldier once, many years ago before he was convicted of rape.

But Manila has done this before and some Senators in Manila have been pushing hard for the Philippines to stockpile nuclear weapons in order to enforce its Law of the Sea Conventions tribunal victory over China, in 2016.

Article II Section 8 of the Duterte-dismissed Philippine Constitution did once explicitly forbid the presence of nuclear weapons in the Philippines. So too does the ASEAN and UN treaties the Philippines has joined. Rules were meant to be broken?

“Let’s talk about the arbitral ruling. I’m going to China to talk,” Duterte reportedly said at the oath-taking ceremony of the Federation of Filipino-Chinese Chambers of Commerce  at his Malacañang Palace.

Presidential spokesman Salvador Panelo claimed Tuesday that Duterte has always been for asserting the Philippines’ rights in the West Philippines but is just waiting for the right time. Nukes?

Perhaps the threat of nuclear weapons in the Philippines will make a difference to China? More fish for Filipinos in exchange for being a nuclear target?

In Panelo’s words: “He [The President] said, ‘Remember that I said before that there would be a time when I will invoke that arbitral ruling. And this is the time. That’s why I am going there’”.

Conflicted agreements with China and the USA suggest that if ever a country had a split personality, the Philippines figuratively should be in perpetual therapy.

Meanwhile: There is not one scintilla of doubt that China has done the Philippines wrong, but America is looking for a war and the Philippines is an expendable playing field.  At least China has actually given PH something it really needs to survive: infrastructure. Giving America’s nukes to the country will kill PH as sure as God made little apples to fall from a tree.

“America has no permanent friends or enemies, only interests,” once said by Henry Kissinger. 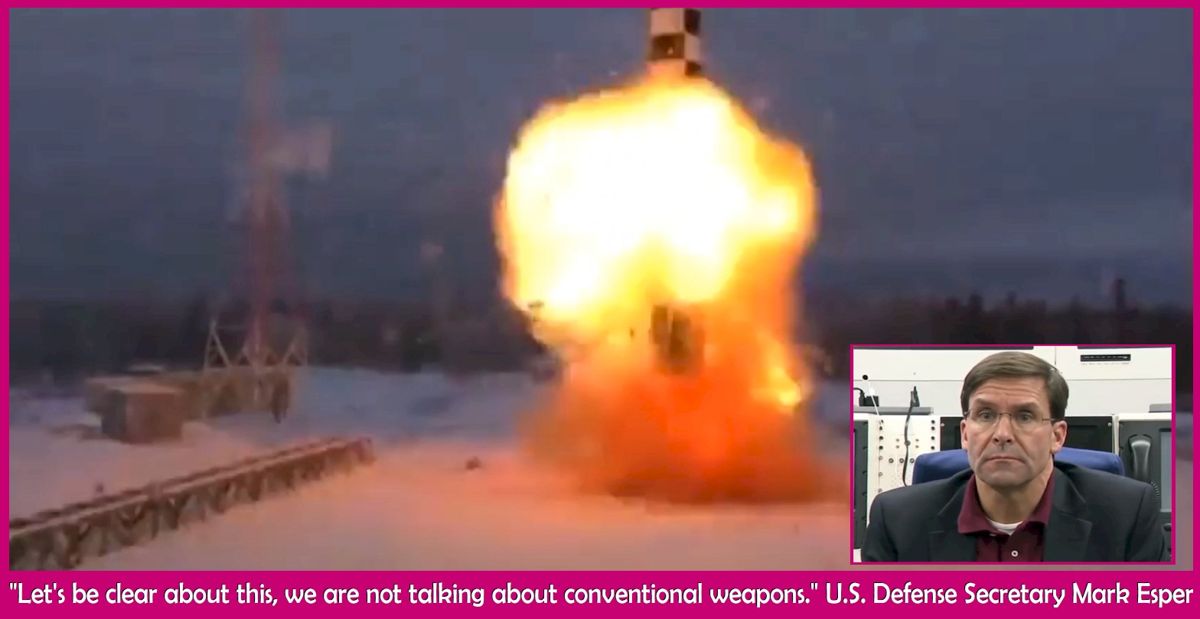 “Let’s be clear about this, we are not talking about conventional weapons.” U.S. Defense Secretary Mark Esper – “America has no permanent friends or enemies, only interests,” once said by Henry Kissinger. 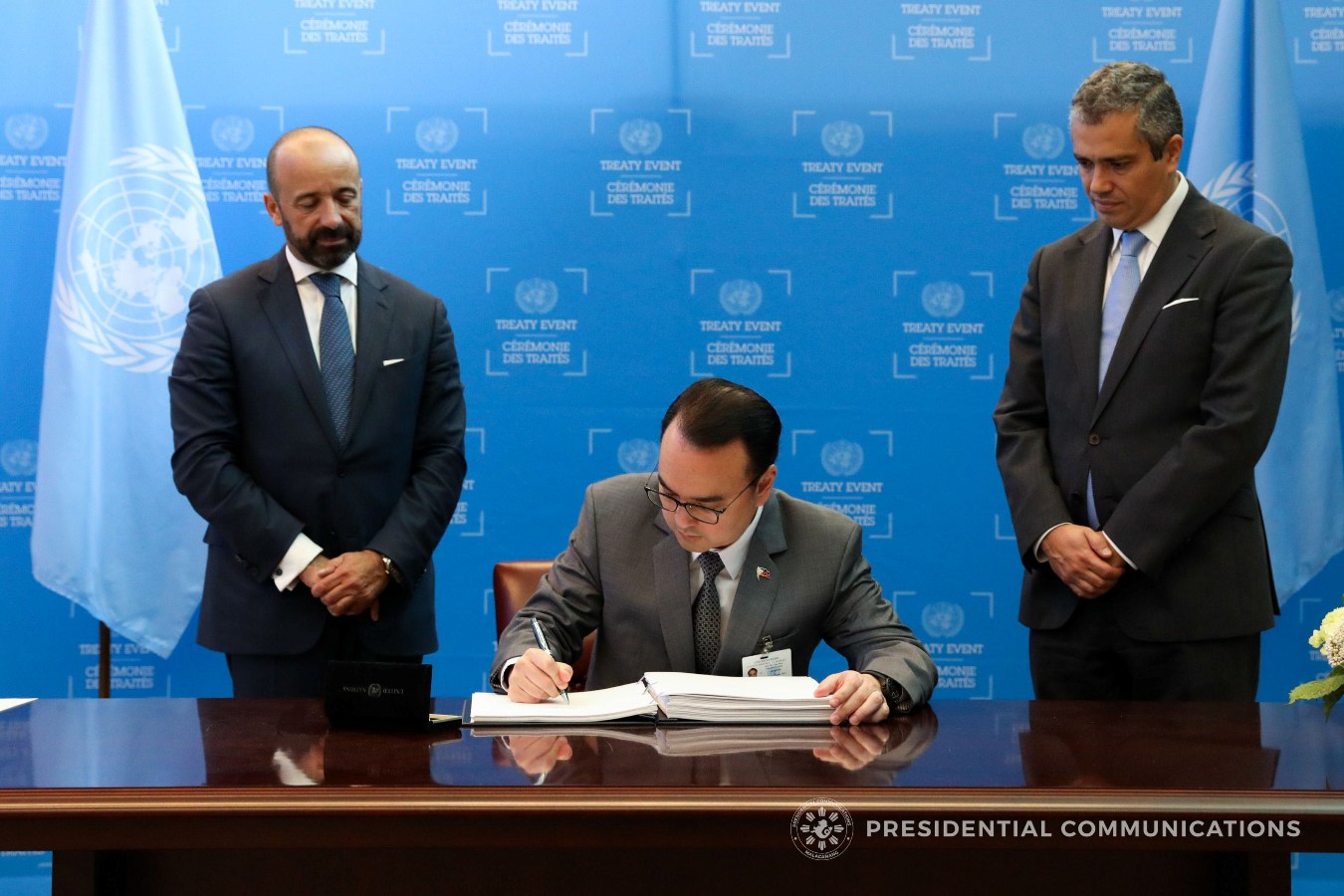 The Philippines represented by Foreign Affairs Secretary Alan Peter Cayetano signs the Treaty on the Prohibition of Nuclear Weapons at the United Nations headquarters in New York on 20 September 2017. Secretary Cayetano expressed that the Republic of the Philippines is calling on nuclear-weapon states to join the international community in making the world a safer place. He added that the world will only be safer if all countries eliminate all weapons of mass destruction. KARL NORMAN ALONZO/ PRESIDENTIAL PHOTO

The Southeast Asian Nuclear-Weapon-Free Zone Treaty (SEANWFZ) or the Bangkok Treaty of 1995, is a nuclear weapons moratorium treaty between 10 Southeast Asian member-states under the auspices of the ASEAN: Brunei Darussalam, Cambodia, Indonesia, Laos, Malaysia, Myanmar, Philippines, Singapore, Thailand, and Vietnam. It was opened for signature at the treaty conference in Bangkok, Thailand, on 15 December 1995 and it entered into force on 28 March 1997 and obliges its members not to develop, manufacture or otherwise acquire, possess or have control over nuclear weapons.

The USA has long-term binding agreements with the Duterte government to pre-position weapons and rotate troops at five different bases in the Philippines.

The United States military had been booted out of the Philippines in years gone by because of its people raping young Philippines women and children.

They are back.  The U.S. government is once again complicit in, and actively supporting, the deepening human rights crisis in the Philippines. Read: US military bases disguised as Philippine bases are here again.

This might not be a good time to bring this up but I for one still believe mankind is worth saving. – Melissa