Video: RINJ Foundation releases emotional video in support of WHO

Women are responding to numerous political attacks from the Donald Trump “cult following” in the United States of America.

While America’s Facebook, Twitter and Google are censoring content that does not tow the White House line, Trump and his cult-like election campaign group, including the Cabinet of the Trump Administration, are spewing about China being non-transparent despite Trump’s own praise for Xi Jinping and China’s openness about the novel coronavirus.

“The Trump sycophants are simultaneously demanding the firing of the WHO management and replacement with a pro-America team,” says nurse Monique Deslauriers in Calais, Maine.

But nobody in the world is pro-Trump’s policies that slaughter Americans. The world is watching Trump’s two-dimensional greedy pursuit of money and power as America is devastated by the SARS2, in bewildered horror.

The Report of the WHO-China Joint Mission on Coronavirus Disease 2019 (COVID-19) ” is instructive.

The report states that, “On 30 December 2019, three bronchoalveolar lavage samples were collected from a patient with pneumonia of unknown etiology – a surveillance definition established following the SARS outbreak of 2002-2003 – in Wuhan Jinyintan Hospital.”

“Real-time PCR (RT-PCR) assays on these samples,” continues the report, “were positive for pan-Betacoronavirus. Using Illumina and nanopore sequencing, the whole genome sequences of the virus were acquired. Bioinformatic analyses indicated that the virus had features typical of the coronavirus family and belonged to the Betacoronavirus 2B lineage. Alignment of the full-length genome sequence of the COVID-19 virus and other available genomes of Betacoronavirus showed the closest relationship was with the bat SARS-like coronavirus strain BatCov RaTG13, identity 96%.” 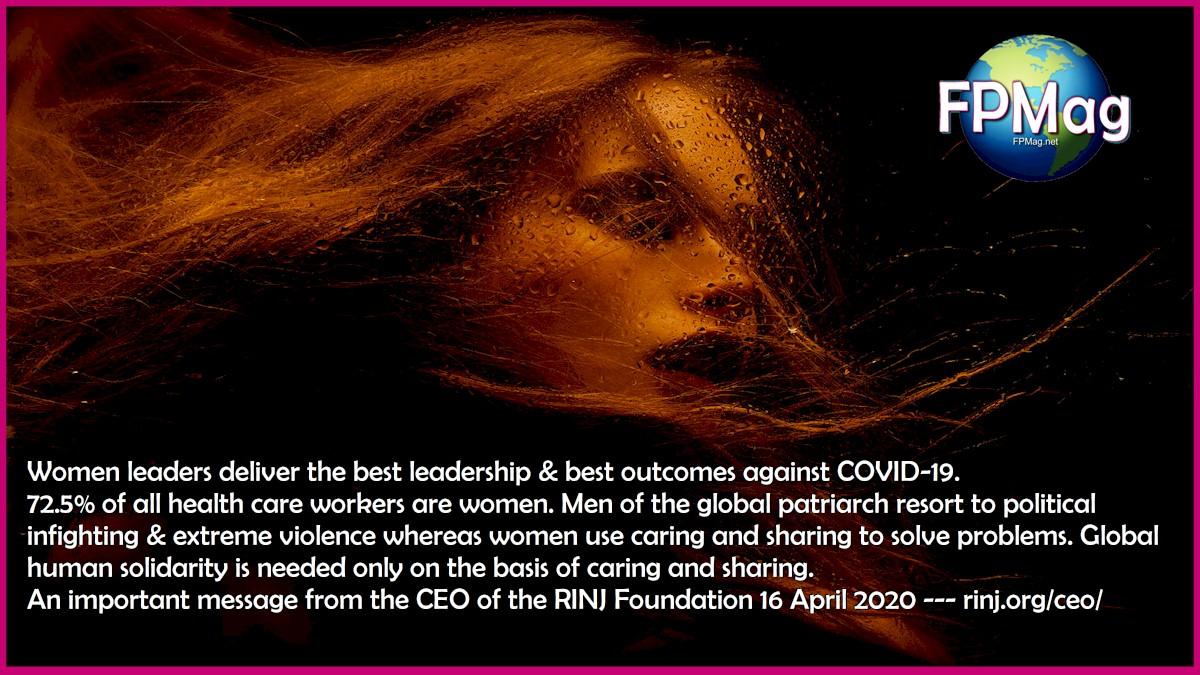 Women leaders deliver the best leadership & best outcomes against COVID-19.
72.5% of all health care workers are women. Men of the global patriarch resort to political infighting & extreme violence whereas women use caring and sharing to solve problems. Global human solidarity is needed only on the basis of caring and sharing.
An important message from the CEO of the RINJ Foundation 16 April 2020 — rinj.org/ceo/
Photo Art/Cropping/Enhancement: Rosa Yamamoto FPMag

“Maybe Trump was too occupied mass-murdering Iranians and Iraqis in Baghdad and Yemen to pay attention to the Chinese shout-outs about the novel coronavirus,” notes Simon Baldock, a security analyst currently based in Duhok, Iraq.

The strong leader’s nations have followed the Tedros Test-Treat-Trace doctrine with extraordinary results whereas Trump’s uncaring approach is slaughtering Americans.

“China contacted America on 3 January as America was mass murdering Iraqis and Iranians in Baghdad, a little too preoccupied for global pandemics as they watched reruns of missile nose camera attacks near the Baghdad Airport that slaughtered a dozen or more Middle Easterners,” notes Simon Baldock.

On 7 January, China uploaded the genome for the discovered novel coronavirus to the CDC and to the global databanks, according to the Center for

Apparently there was a six day lag between the time Xi Jinping was notified and the time Wuhan was shutdown. Likely that was the time when China Communist Party was busy issuing pink slips to dozens of local Hubei officials who had been keeping the outbreak under their proverbial hats.

Trump claims that Dr. Tedros of the World Health Organization should have been more circumspect about China.

“Most people realize that Tedros is supposed to be a centreline diplomat and not conducting Trump’s screwy war against the world’s leading philanthropic health care provider next to Russia,” says Katie Also of the RINJ Foundation. 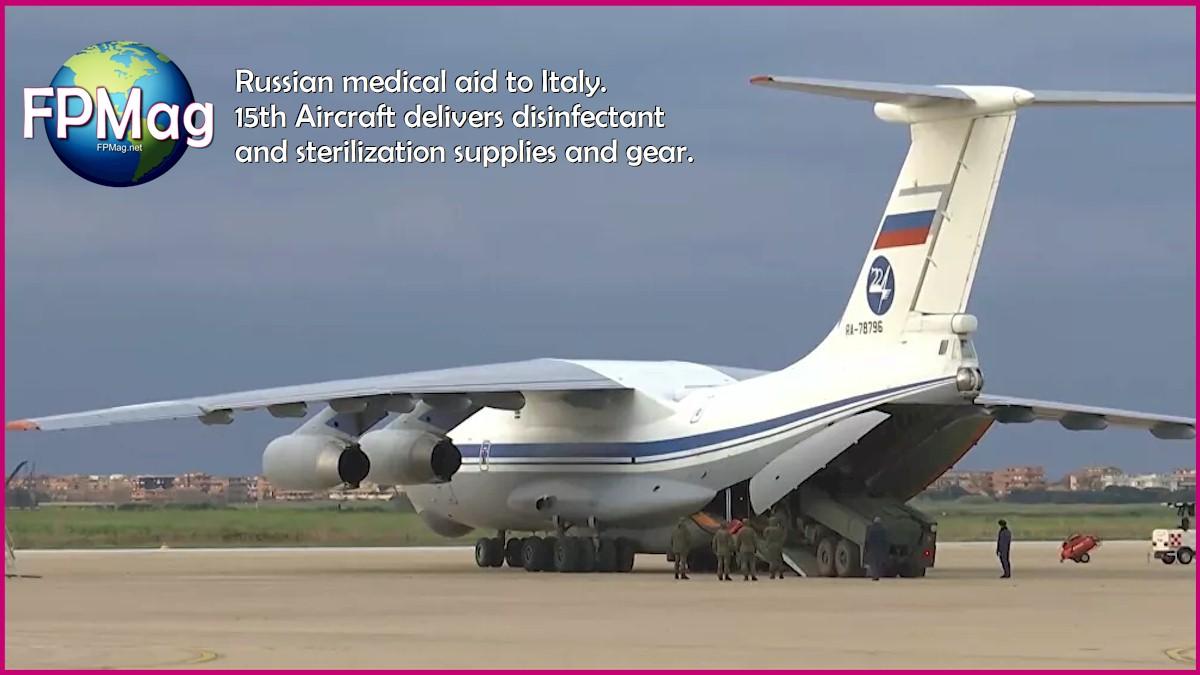 A fifteenth aircraft from the Russian Aerospace Forces has delivered aid to Italy to help the country combat the coronavirus outbreak, Russia’s Defence Ministry confirmed on Wednesday.
The Il-76 military transport jet took off from an airfield outside of Moscow on Tuesday night with coronavirus diagnosis and disinfection equipment on board. It landed at the Pratica Di Mare military air base near Rome. Photo Credit: Kremlin.ru 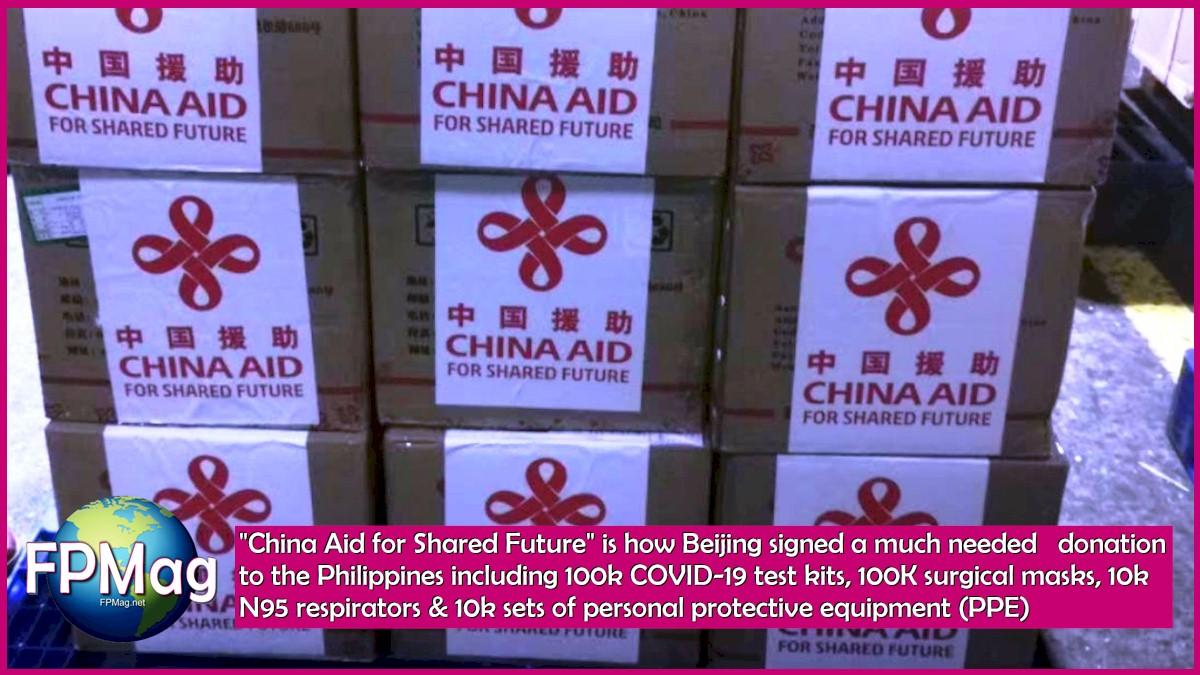 The US President has launched a series of diversionary attacks against the women leaders of Taiwan, Hong Kong, New Zealand, Germany and more to distract from the disastrous outcome of Trump’s laissez faire approach to the coronavirus pandemic.

Trump’s attacks include “an alien space invaders type of rhetoric about China being responsible for deliberately toying with bat viruses to release on the United States,” notes Karinna Angeles, a South East Asian nurse who works in the Philippines after being repatriated from China.

“We know that is not true because we know medical crews who have come into contact with the COVID-19 disease previously among the criminal elements involved in capturing and selling wild animals across Asia. I have a colleague who knew of two men in Bangkok who died from the disease. They must have had a very high virus load because they were quite young, in their 40s,” she added.

In a statement released on Tuesday and reported Wednesday by FPMag, the RINJ Foundation came down strongly in support of nations that exhibited strong solidarity.

Russia, China and South Korea have been helping over 100 nations in the fight against COVID-19. America has been attacking all three.

Watch: Why the world cannot allow WHO to financially collapse.

“America is failing in its response to the SARS-CoV-2 spread and will need help from the WHO. For whatever reason, and it is America’s choice, it will not pay its share of World Health costs or does not want to do so. So be it. Other’s must come to the endeavour,” says the RINJ CEO.