RINJ Foundation Nurses working in Bangladesh in support of Rohingya women say they have no idea how many vessels are stranded at sea by smugglers.

Information from refugees near Cox’s Bazar on the southeast coast of Bangladesh on Bengal Bay plus reports from the Malaysian Maritime Enforcement Agency, also Human Rights Watch, indicates there may be as many as four vessels, some set adrift by criminals. 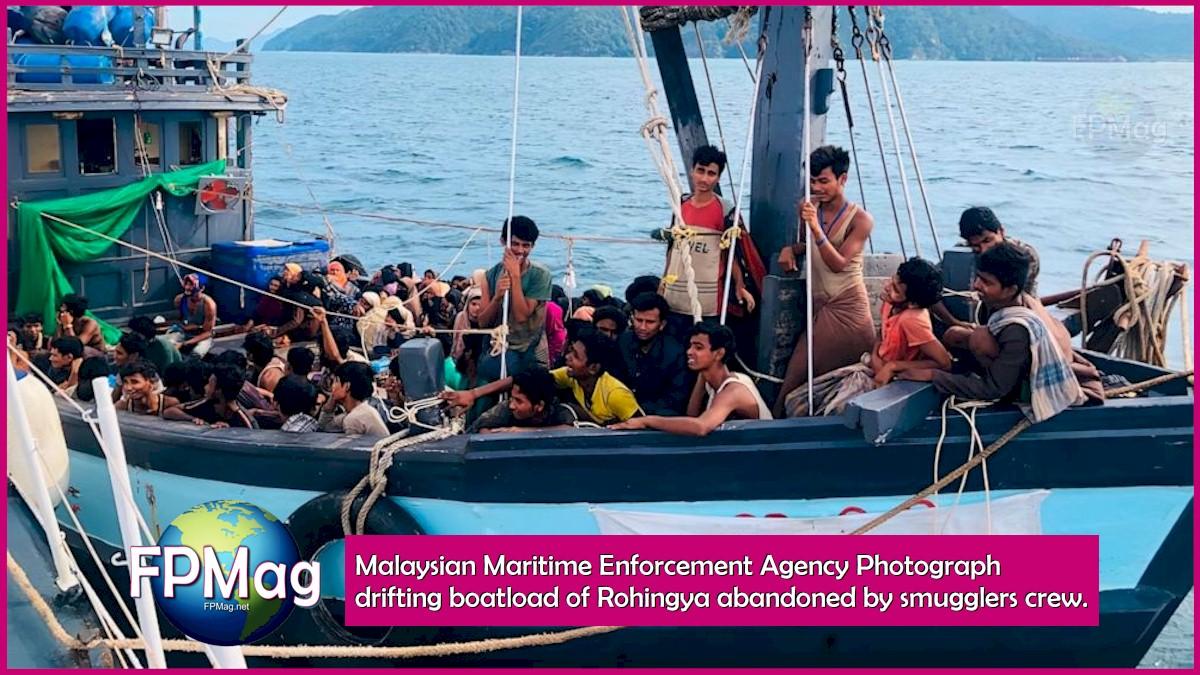 In the first week of April, the Malaysian Maritime Enforcement Agency detained roughly 200 persons believed to be Rohingya, a predominantly Muslim community that has been driven from Myanmar by soldiers who brutally raped and beat the Rohingya women causing some 80,000 rape pregnancies and evicted nearly a million people from Myanmar.

Another vessel had been turned away from Malaysia on 15 April and its nearly 400 starving Rohingya had to be rescued by the Bangladesh Navy to avoid the loss of all souls aboard.

At the end of last week there were known to be two vessels, likely trawlers, with an unknown number of Rohingya estimated to be in excess of 700. The refugees are reported to be starving and some near perishing from exposure. Not all accounts have been verified but according to Human Rights Watch, the vessels are in desperate condition and have been rejected in the waters of several nations.

“Ongoing problems of human slave traders is particularly bad during pandemic as criminals promise a good outcome to the Rohingya if they pay their life savings or the women and children sell themselves into sexual slavery for the promise of freedom from the horrific Bangladesh Refugee Camps which are among the worst displaced person camps on Earth,” says Katie Alsop of The RINJ Foundation.

“Rohingya women raped, murdered, homes destroyed and children raped by Myanmar soldiers, many of whom spread HIV under leadership of woman, Aung San Suu Kyi who was awarded the Nobel Peace Prize in 1991 by the global community,” says disgusted humanitarian.

“The Rohingya have lived in Myanmar (formerly Burma) for a couple centuries before being driven from their homes, but regardless, the government of Myanmar wants them evicted because it claims they are Muslims who belong to Bangladesh”, FPMag was told.

“It’s that horrific,” says Monique Deslauriers, an American nurse who works with the RINJ Foundation on a “test and treat” HIV project in Bangladesh.

Of the 200 Rohingya detained by Malaysia, maritime official, Captain Zulinda Ramly, said “the refugees included 152 men, 45 women and five children and they were in big trouble, adrift at sea.”

Captain Ramly added that some of the migrants aboard the vessel (shown above) told her officers that the boat’s skipper and two others, believed to be behind the smuggling syndicate, had “escaped to another vessel and abandoned the human cargo while they were at sea”.

“Bangladesh has shouldered a heavy burden as the result of the Myanmar military’s atrocity crimes, but this is no excuse to push boatloads of refugees out to sea to die,” said Brad Adams, Human Rights Watch director for Asia in a statement published yesterday.