SARS-COV-2 is from American and Asian Bats?

If the Trump government is hiding information about the source of the SARS-COV-2, it is killing thousands of Americans needlessly. Just in case, stay out of caves frequented by North American brown bats, and CDC investigators who already know about this issue.

“The virus has been circulating in our communities long before we knew,” the guest told John King on CNN last night.

Reported infections in California seem now to be one 40th of the actual number says Dr. Neeraj Sood a University of Southern California professor of public policy. (See video below.)

“COVID-19 Cases have have been in community spread for many weeks, more than what Americans realize,” said Dr. Sood, “even before the China outbreak.”

Around the world, researches on a team that reports global case statistics says that number for the world is double what the global estimate would be.

In America, bats suffering white nose syndrome are losing control of several coronavirus they have managed for centuries.  The US Centres for Disease Control (CDC) know that to be true.

“Bats are speculated to be reservoirs of several emerging viruses including coronaviruses (CoVs) that cause serious disease in humans and agricultural animals.

“These observations have allowed researchers to speculate that bats are the likely reservoirs or ancestral hosts for several CoVs. In this review, we follow the CoV outbreaks that are speculated to have originated in bats.

“We review studies that have allowed researchers to identify unique adaptation in bats that may allow them to harbor CoVs without severe disease. We speculate about future studies that are critical to identify how bats can harbor multiple strains of CoVs and factors that enable these viruses to “jump” from bats to other mammals.

“We hope that this review will enable readers to identify gaps in knowledge that currently exist and initiate a dialogue amongst bat researchers to share resources to overcome present limitations.”

Trump’s oft-boasted Navy may well be once-mighty but it is now a floating collection of incubation chambers for a deadly virus that is making crews very sick. More strange is the fact that the virus could only have come from countries other than China.

“SARS-CoV-2 Comes from mammals all over the world. Bats spread deadly disease from community to community far and wide around the world. The rare few people who travel caves to study or capture wild animals have spread the disease we know as COVID-19,” says Monique Deslauriers, an American nurse with The Nurses Without Borders group.

Read also: COVID-19 Pandemic did not start in China, it began in Bangkok.

The US Navy hung a naval Captain out to dry for breaking out that secret.

The crew of the aircraft carrier Theodore Roosevelt had never been to China. In fact the sailors had been at sea through the time of the outbreak. The US Navy has tried to suggest that the crew caught the disease in Vietnam in late February.

Is the strain of the severe acute respiratory syndrome coronavirus 2 (SARS-CoV-2) the same one found in community circulation in Washington State or in California? They have no connection to China.

Is SARS-CoV-2 emerging from bats all over the world because of climate changes that cause fungus and distress among bats? Bats in North America are the most infected.

Capt. Brett E. Crozier, who was removed from command of aircraft carrier Theodore Roosevelt after he pleaded for more help fighting COVID-19 aboard his ship was being punished for making the outbreak across the US Navy, public.

But these ships have been at sea.

Explaining that is a theory that the SARS-CoV2 virus originates in bats. Anyone who has seen the genomes up close know that to be true. Around the world, two variants of the virus have been identified in bats, and a possible third. They vary slightly depending on the type of bat and the country the specimens are obtained within. (Only a half wit would consider this virus a biological weapon. It is uncontrollable and more likely to kill the user.

There is a theory that the coronavirus is spreading through people who visit bat caves for one reason or another. In Thailand, illness and deaths were reported last summer among persons who commit crimes involving the capturing, selling or buying protected species.

According to the US Department of the Interior:
“White-nose syndrome is an emergent disease of hibernating bats that has spread from the northeastern to the central United States at an alarming rate. Since the winter of 2007-2008, millions of insect-eating bats in at least 33 states and seven Canadian provinces have died from this devastating disease.

“The disease is named for the white fungus, Pseudogymnoascus destructans, that infects skin of the muzzle, ears, and wings of hibernating bats. The fungus thrives in cold and humid conditions characteristic of caves and mines used by bats.

“Scientists believe that White-nose Syndrome is transmitted primarily from bat to bat. There is a strong possibility that it may also be transmitted by humans inadvertently carrying the fungus from cave to cave on their clothing and gear.

“Bats affected with White-nose Syndrome don’t always have obvious fungal growth, but they might behave strangely inside and outside of the cave where they hibernate during the winter.”

—US Department of the Interior

Meanwhile, other scientists have decided that the leap from one mammal to another (bats to humans) is happening because the former species is dying and cannot suppress its viral load, something it has done for centuries. Unable to control the virus the bats, now dying from a cytokine storm reaction to the white-nose syndrome fungus, American brown bats are spewing snot and saliva all over the place and any cave visitor is vulnerable.

Yes. America knows that the SARS virus is to be found in North American bats. The following work was reported by the CDC in 2007.

“The epidemic of severe acute respiratory syndrome (SARS) was caused by a newly emerged coronavirus (SARS-CoV). Bats of several species in southern People’s Republic of China harbor SARS-like CoVs and may be reservoir hosts for them.

“To determine whether bats in North America also harbor coronaviruses, we used reverse transcription–PCR to detect coronavirus RNA in bats.

“We found coronavirus RNA in 6 of 28 fecal specimens from bats of 2 of 7 species tested.

“The prevalence of viral RNA shedding was high: 17% in Eptesicus fuscus and 50% in Myotis occultus. Sequence analysis of a 440-bp amplicon in gene 1b showed that these Rocky Mountain bat coronaviruses formed 3 clusters in phylogenetic group 1 that were distinct from group 1 coronaviruses of Asian bats. ”

In this video you will hear “California researchers in a study conducted by the University of Southern California and the Los Angeles Department of Public Health concluded that: “between 2.8% and 4.6% of the adult population in Los Angeles County has an antibody to the virus. This translates to between 221,000 and 442,000 adults — an estimate that is 28 to 55 times higher than the roughly 8,000 confirmed cases that the county had in early April, when the study was conducted.”

This would indicate that the SARS-CoV-2 virus, one that has been seen in bats for decades, bats all over the world, has been released and transferred in communities in many US states for months.

SARS-CoV-2 from American born bats is also all over the world aboard US Naval vessels and is spreading among healthy young people in the US Navy who have brought the virus to distant shores through no fault of their own.

Do U.S. Navy medical teams know from where and how the COVID-19 infections emerged? FPMag has heard the stories claiming the entire US Navy has been infected by two persons contacted in a bar in Vietnam but other evidence suggests the strain of the virus is native to America, from where these crews have sailed.. 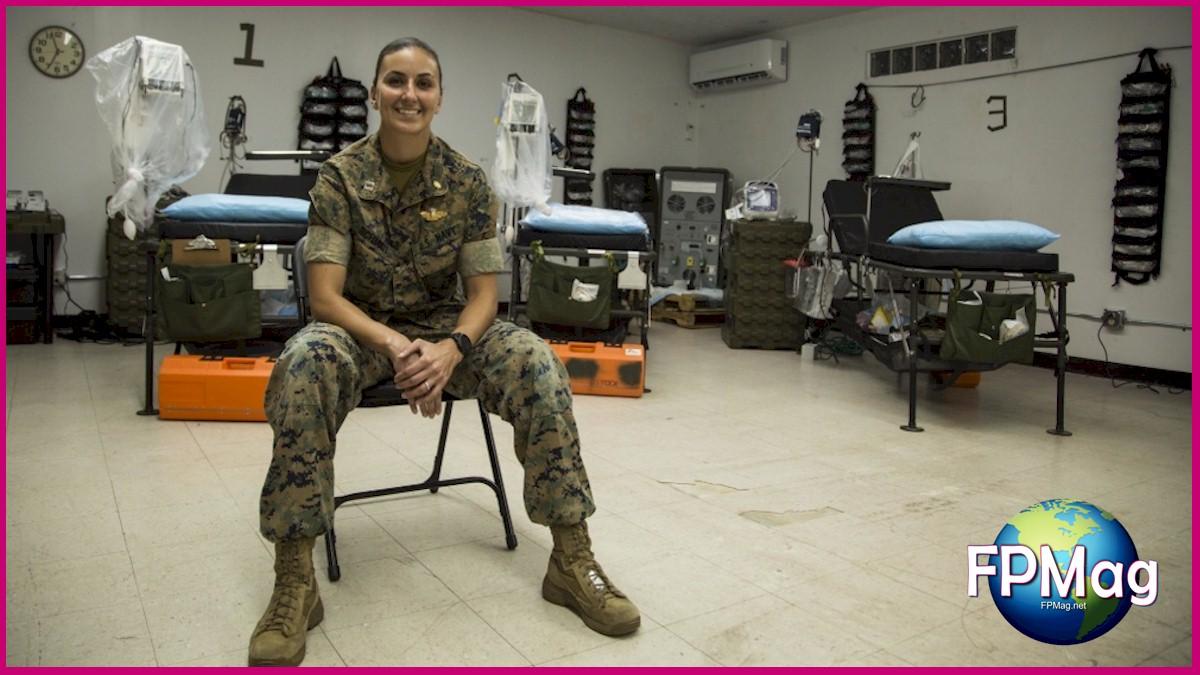 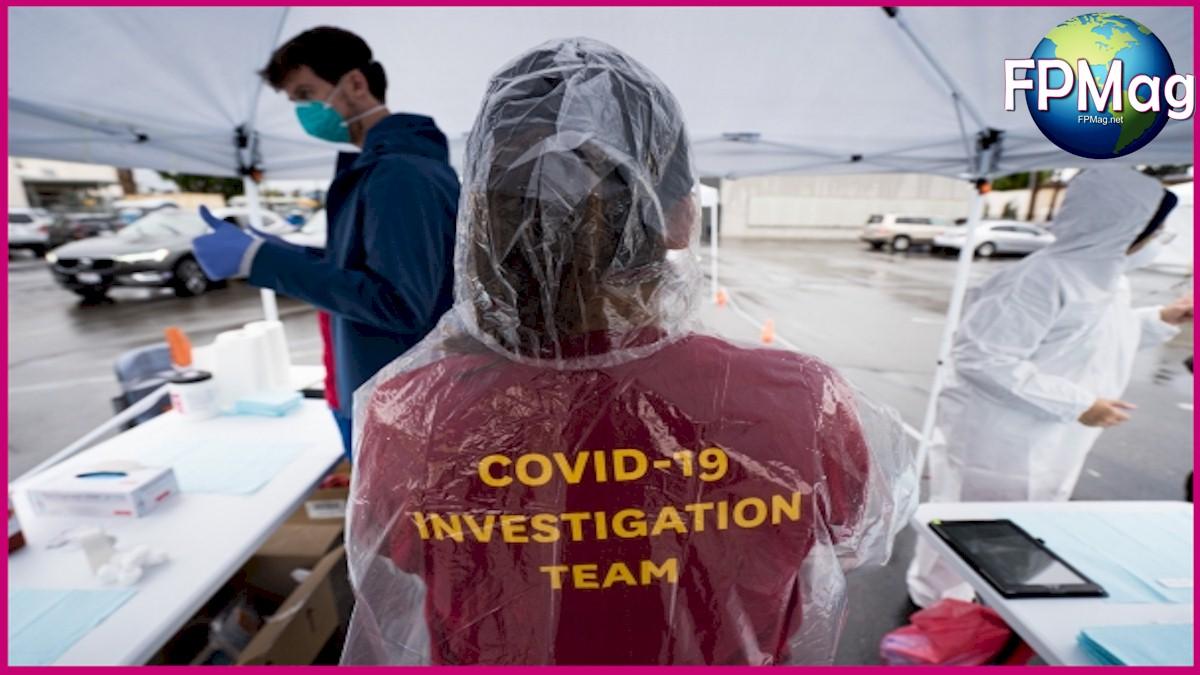 True community-spread infections are 40 times greater than what tests have revealed.

And the people supporting the CV-71 Theodore Roosevelt and those aboard the aircraft carrier have not been in China. In the latter case, they have been at sea. 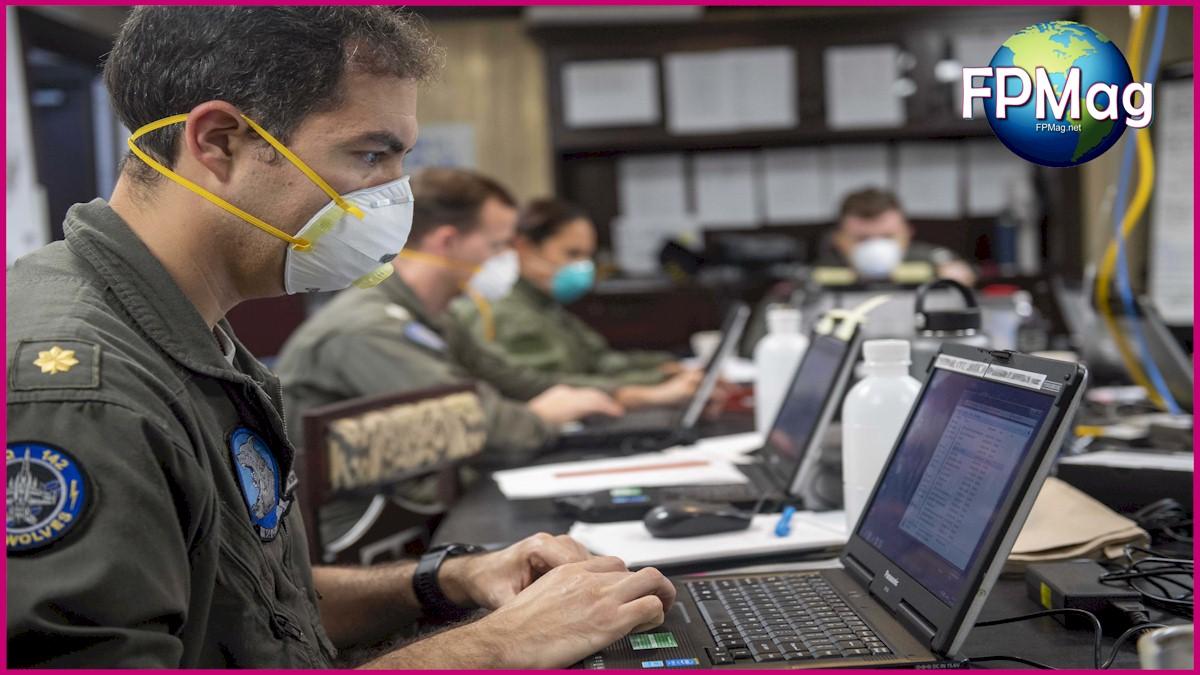 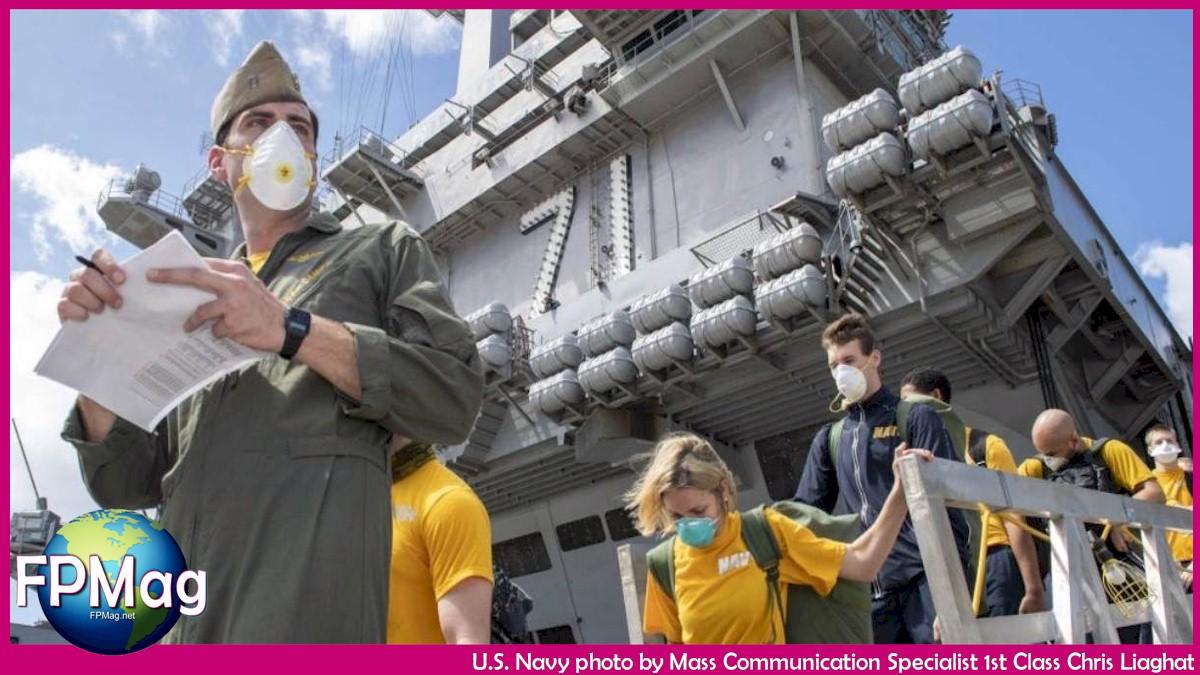