Venezuela is now a dictatorship 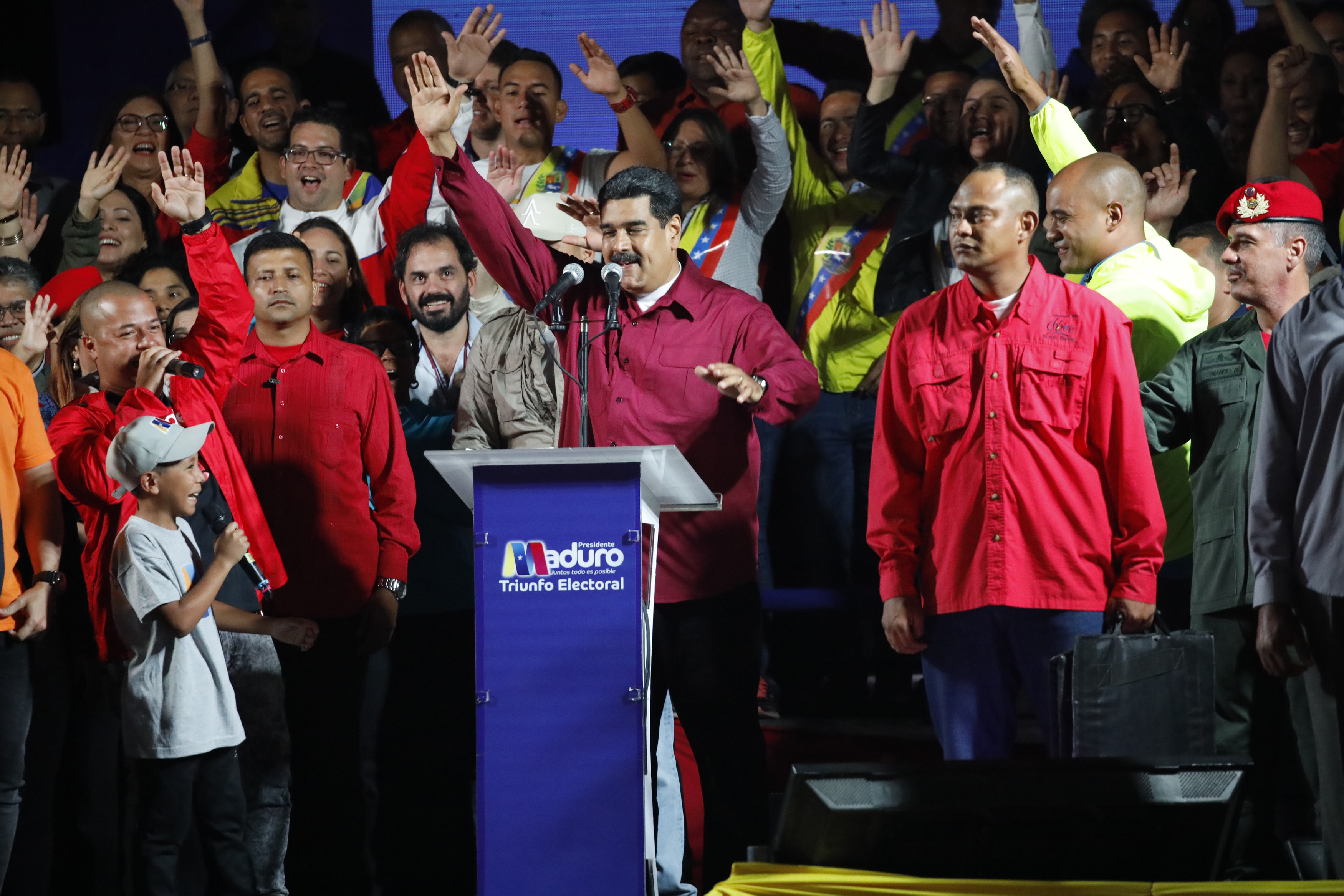 Nevertheless, Nicolás Maduro was re-elected as president of Venezuela by a wide margin over his strongest opponent, Henri Falcón.

Few Venezuelans, with the possible exception of Falcón, expected otherwise. Most opposition parties boycotted the May 20 election, which they said was rigged. Venezuela’s parliament declared it an illegal “electoral drill” and asked the international community to ignore the results.

As in recent elections, the ruling Socialist Party used all the power of its increasingly authoritarian regime to tip the May 20 election in Maduro’s favor. For months, the regime coerced citizens to register as Socialist Party members, traded food for votes and blacklisted opposition candidates.

Even so, it is difficult for me to believe – both as a political scientist and as a Venezuelan citizen – that amid a profound political, humanitarian and economic crisis, more than half of Venezuelans voting supported Maduro.

Since taking office in 2013, the president has overseen the country’s descent into chaos. According to national surveys, Maduro’s popularity is at its lowest ever. Just 18 percent to 25 percent of Venezuelans support his administration.

I do not know whether the election results announced by the regime-controlled Venezuelan electoral authority correctly reflect the ballots cast. Falcón has challenged the tally, saying it “lacks legitimacy.”

Authoritarianism in the 21st century

Certainly Venezuela’s was not a competitive election. Many believe Maduro’s re-election constitutes a fraud against democratic principles. Nearly 50 countries worldwide – including the United States and almost every Latin American nation – have declared Venezuela’s election results illegitimate.

Only Russia, China, Cuba and 13 other nations have recognized the election results.

Maduro will start his second term, which beings in January 2019, quite isolated. Despite promises to work with the opposition, he is vilified domestically as an autocrat who seized power illegally.

But Maduro is not alone in the world. In recent years, Venezuela has rebuilt its strategic global alliances, giving clear preference – in the form of oil diplomacy and insider access to Latin American politics – to countries that share Maduro’s world view and governing style.

The regime’s relationships with the authoritarian governments of Russia, China, Turkey, Bolivia and Cuba – all of which congratulated Maduro on his win – are strong.

These countries’ leaders practice a new kind of authoritarianism. In the 21st century, dictatorships do not necessarily take on the classic form – that of Mao, Lenin or the Latin American military juntas of the 1970s and 1980s.

Instead, Vladimir Putin, Recep Tayyip Erdoğan and the like often maintain a democratic facade. They hold elections – but they do so under corrupt conditions, ensuring that they and their parties stay in power.

They decry capitalism and imperialism, claiming to rule in the name of the people. Meanwhile, they amass great personal wealth and power.

Venezuela’s Maduro, who enriched his inner circle while the country starved, is now indisputably part of this crowd.

Venezuela’s path to dictatorship has been decades in the making.

In 1998, Hugo Chávez was elected president based on promises to transform Venezuelan society. His movement, “el Chavismo,” enacted deep and progressive changes in the country.

Throughout most of his 15 years in office, Chávez enjoyed high international oil prices, which made Venezuela rich – and bought him significant popular goodwill. His government spent heavily on social programs, funding public education, poverty reduction and cultural programs.

But Chávez, a populist and ardent Cuba admirer, also eroded Venezuela’s democratic institutions and consolidated power in the executive. He nationalized oil production, telecommunications companies and other Venezuelan industries. He assailed the “bourgeoisie” and declared globalization to be imperialist.

Over three administrations, his government eroded civil liberties, particularly freedom of speech and independence of the media.

These, in part, are the reasons Maduro could not risk a legitimate, democratic election on May 20.

The country is now firmly in his command. The military – potentially the only domestic force that could destabilize him – seems to be under control. Maduro recently imprisoned a former general, Rodríguez Torres, whom he accused of conspiring against his regime. The regime also arrested several other colonels for the same alleged crime.

Maduro’s next step could be to change Venezuela’s Constitution, transforming the country from a democratic republic to a Cuba-style “communal state,” in which state-controlled committees decide the country’s future and control most aspects of society.

Maduro may even run for office again, or hold regular elections, as 21st-century dictators do. But they won’t be free, fair or democratic. I suspect he will be in power for a long time to come.

This article is republished from The Conversation under a Creative Commons license. Read the original article.