The general rhetoric between the two countries sounds more like a quarreling pair of siblings than nation-state friends. Friends they are and better friends they will be. Siblings they are not. 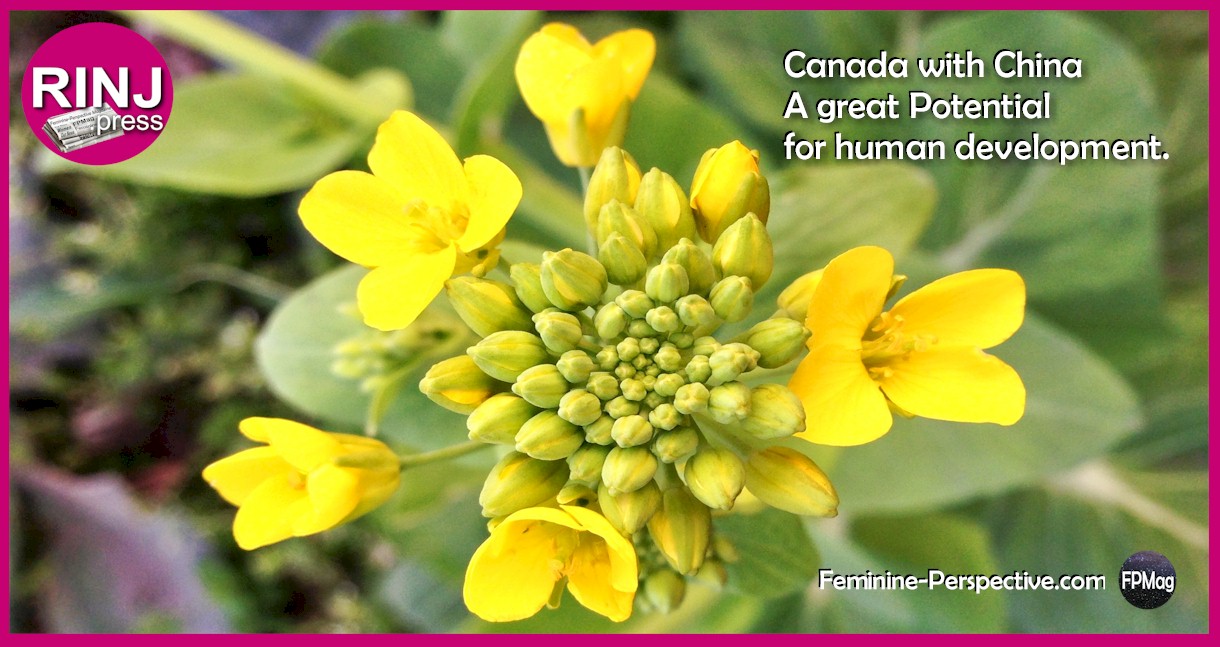 Canada was coaxed by wrongful American manipulations of a Canada-US treaty agreement to participating in the kidnap of a senior executive woman,  Sabrina Meng, CFO of China tech giant Huawei Technologies.

Ms. Meng was transitioning during a flight to Mexico from Beijing when Canada arrested her for some bizarre, ancient allegations relating to American nastiness against Iran.

All of this happened as a result of Donald Trump’s bullying antics aimed at increasing bargaining chips in trade talks with China. He said as much himself.

Since then every action of China was seen by Canadian media and opposition politicians as retaliation. The scuttlebutt from inside China defies that notion and says something different.

China’s treatment of Canada has a little jaundice with some officials but at the  core has still some good warmth.

The number of arrests of Canadians in China is actually down. China’s spat with an unregistered NGO accused of spying on the country for America, roped in a pair of Canadians who looked suspicious to Beijing. The finders of fact should hopefully see this as a tempest in a teapot and just deport the alleged offenders. The sooner this inevitability happens, the more comfortable will be tomorrow’s channels.

Canada’s relationship with the United States is difficult but important as always, today. China’s communist government knows and accepts that reality and does indeed see “the devil made me do it” probability of the Meng kidnap. Canada needs to chill and deal with China exclusive of the US-China lawfare.

Turning that matter into a political thing was a big mistake of Canada. China has the right to allow its courts to examine the facts of highly suspicious activities against its national interests. China faces what it perceives as extremely dangerous threats. America is menacing China in its own territories and there are dangerous naval and other confrontations over what China considers to be its own business.

China is a cat with an arched back. Show respect for that tension and you won’t get scratched. Interfere and you will be scratched up badly.

Now the officials, says a Chinese female RINJ member who is a lawyer in China, “are on their most officious behaviour because they fear that the gavel my be aimed at anyone who messes up the case in the eyes of the government”. In the end, she thinks a good result is open to both sides, by sending the accused home with a warning.

Not understanding how life in China works is a big handicap in Canada. Headlines and news articles in the Canadian media indicate a somewhat contemptuous attitude and a clear misunderstanding.

The people of China are like anyone else. They have their own preferences for avoiding the bureaucracy of government especially in the areas of taxation and outdated rules.

Pretending that the Meng/Huawei cases are the reason for any admonishment Canada receives from China is a big mistake and it will cost Canada as would any misunderstanding that creates conflict.

Yes, China’s government plays ‘harball’ and the people of China are still suspicious of all outsiders as would be any country’s population that lost 80 million family members in the last world war.

China is an emerging nation. The learning process for both sides has barely begun. The only thing that is certain is that the process of change will accelerate as each side learns to understand the other even better.

That should be done with care. China is Canada’s most important and fascinating trading partner for the future. The two countries have much to gain from maintaining a relationship that is independent of America.

Healthier Canola is Improving Lives in China and that fact rises above Political squabbles.

Canada invented Canola and it needs to work out the bugs, pun intended. Canola oil seed plants are a genetically modified rapeseed plant. Both are oil seeds for the production of oil for the consumption of humans. It is a good crop for Canada says the Canadian Canola Council, and the production of the best possible oil seed has the focus of some of the best scientific minds in the world.

Canola oil is a healthy substitute for oils heavy in saturated fat. The United States Food and Drug Administration (FDA) agrees with manufacturers’ claim that 1 1/2 tablespoons of canola oil a day may reduce the risk of coronary heart disease when used instead of saturated fat.

Not just the well-being and happier families among Chinese consumers but the reduced cost of coronary and vascular health care put the topic of Canadian and Chinese relationships in healthy cuisine product distribution far above political animosities. Millions of lives are impacted.

Nobody is saying that frying foods is a healthy method of cooking but it is no less true that fried foods are amongst the most popular in Chinese cuisine and that will not change overnight, hence the healthiest possible cooking oils become a major health concern. Both sides need to see that. China says it has an issue and Canadian growers are responding responsibly. Both sides should tune out politicians and media which veer off topic.

Dealing with crop pests is a big part of agriculture. Buyers of crops have a responsibility to report problems and growers then address the issues to provide a good outcome to consumers. Nothing matters more than that.

There may be good news in the fight against “pests” that are predatory to canola.

According to the Canola Council of Canada, “Researchers at AAFC, the University of Manitoba and University of Lethbridge are studying various biological control options for sclerotinia in canola. Researchers have identified bacterial strains that appear to have biocontrol activity against Sclerotinia sclerotiorum, as well as a fungicide, however these are still in development.”

“In every aspect of their work in Western Canada, Canadian scientists supporting canola growers are dedicated to the best possible outcome for end users,” says Michele Francis, a Canadian nurse practitioner who has also worked closely with the agricultural sector as a nutritionist in Alberta Canada.

Growers cannot mitigate climate change impact on their own. The buyer and the seller must work together to make certain the end user has the full benefits of this extraordinary oil seed that is adding considerably to the life-expectancy of the segment of Chinese population that consumes deep-fried cooking technique cuisine.

The cost effectiveness of canola oil seed makes this product flow critical to the Chinese public. Prior to this much safer oil seed, Chinese deep-fried cuisine is suspected of an effect of lowering life expectancy due to the alternative consumption en masse, of saturated fat in regions favouring this choice of Chinese cuisine.

Past habits don’t need to be abandoned when healthy alternatives are agriculturally engineered. That is the case for canola oil.

The responsibility of the actors in trade relationships that deal with health related issues for populations must remain focused on those important aspects. The service of these actors to their constituent populations is paramount. Advanced communications technology and diplomatic spats about the rule of law and whether or not there is an antics-based issue of an alleged lunatic in the White House don’t even measure in the discussion of healthy food production by growers and selection by buyers. Agricultural science is what will benefit consumers. They come first and foremost.

Officials representing Canadian growers have said that, “Our customer has a complaint and we are going to deal with that complaint…”. Common sense and dedication to human development says that is the only way ahead.

The creation of the Canola hybrid was long before any predictions could be made about the impact of climate change and the moisture content of soil at critical periods in the growth cycle of the canola plant. New ideas are needed and they will be emerging soon in evidence-based research results. The buyers and sellers have much to gain from working together.

Complaints about crop quality must be heard and pricing and crop ratings should be discussed without interference from correlating 5G – AI – IoT technology wars.

Even Ms. Meng’s father, Ren Zhengfei, has told Fox News in an interview that he and his company (Huawei)  have faith in the Canadian jurisprudence and that he knows Ms. Meng is innocent of the allegations against her and not worried about the outcome of the matter.

Get back to fair trade that advances the cause of human development and healthier, happier families among the Chinese and Canadian populations.