Read: The Scars of Survival: rape, torture, slavery of women.

“Some days I cannot express in words what I have seen first hand because it has traumatized metoo,” says Dr. Buni, an RSAC surgeon dealing with women’s medical issues in a Syrian trauma centre. She survived a city of harassment, enslavement, sexual assault, rape and murder of thousands of women and children during the occupation and scourge of women in Mosul, Iraq by ISIS from June 04, 2014 to Spring 2017. In one instance her many hours of painstaking surgery, prepping the patient for additional surgeries later, saved the life of a teenager who had been kidnapped by an ISIS fighter who pressed his assault rifle into her vagina and fired a round, such was the trauma to women in that time. “Today there is silence and fear,” she said.

“That’s why I strongly urge women to read Ally Trust’s book, The Scars of Survival...,” says Dr. B. who is still in harm’s way along with many other women in the Syrian war zones. 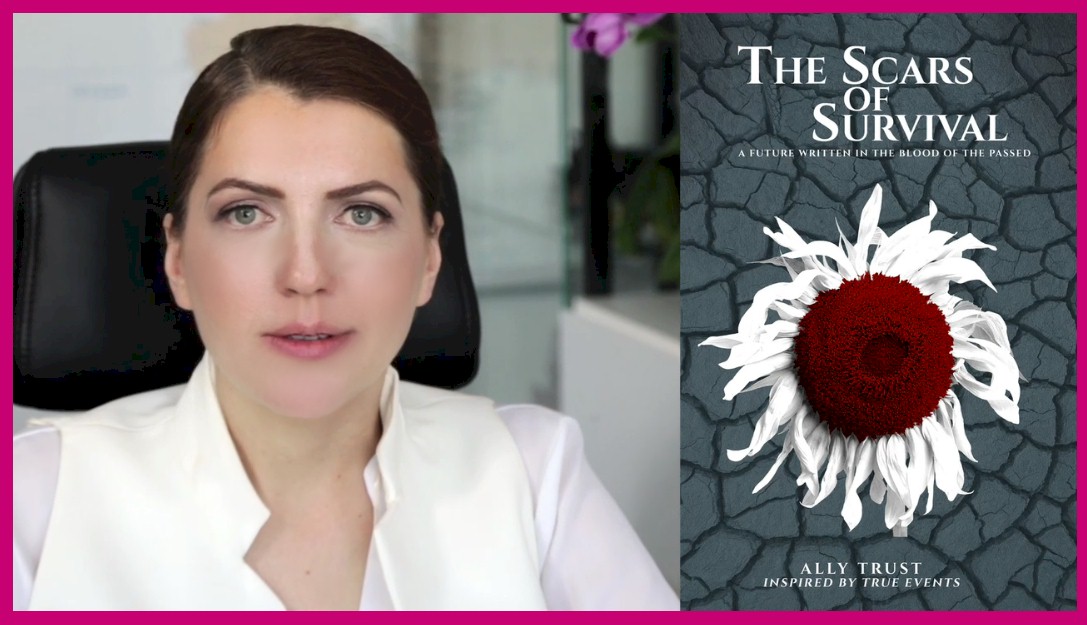 The Scars of Survival: A Collection of Suffering and Sacrifice
by Ally Trust – Photo Credit: YouTube Video Capture

The novel women and men need to read today: Here is why ‘The Scars of Survival’ should be on your reading list. 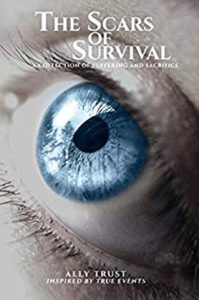 This new book approaches rape #WithRefugees with the severity and tact the subject matter deserves instead of making people’s pain fetishistic.

by Ally Trust for Feminine-Perspective Magazine

The indifference and disbelief survivors face when they manage to summon the courage needed to escape their abusers or identify their assailants is disappointing to say the least.

Those people put their own lives on the line to stand tall and bring attention to the problems they faced, having society at large write them off or refuse to trust their accounts only diminishes the resolve of others who want to make their voices heard yet fear the consequences of telling the truth.

She will never forget what happened to her, and neither will you. #TheScarsofSurvival now available on #Amazon #Kindle https://t.co/UfCMEFZjz1 pic.twitter.com/JRfFIRp0KC

However, the attempts made to intentionally mock, or worse, capitalize on the traumatic experiences of women, are absolutely infuriating.

The list of works utilizing nonconsensual sex for the sake of humour stretches farther and wider than it should, and Feminist-Perspective Magazine has previously covered stories regarding the outright antagonistic displays of mistreatment towards women in a particularly vile videogame and another in a ‘rape rap’ video by the world’s top rap-artists. 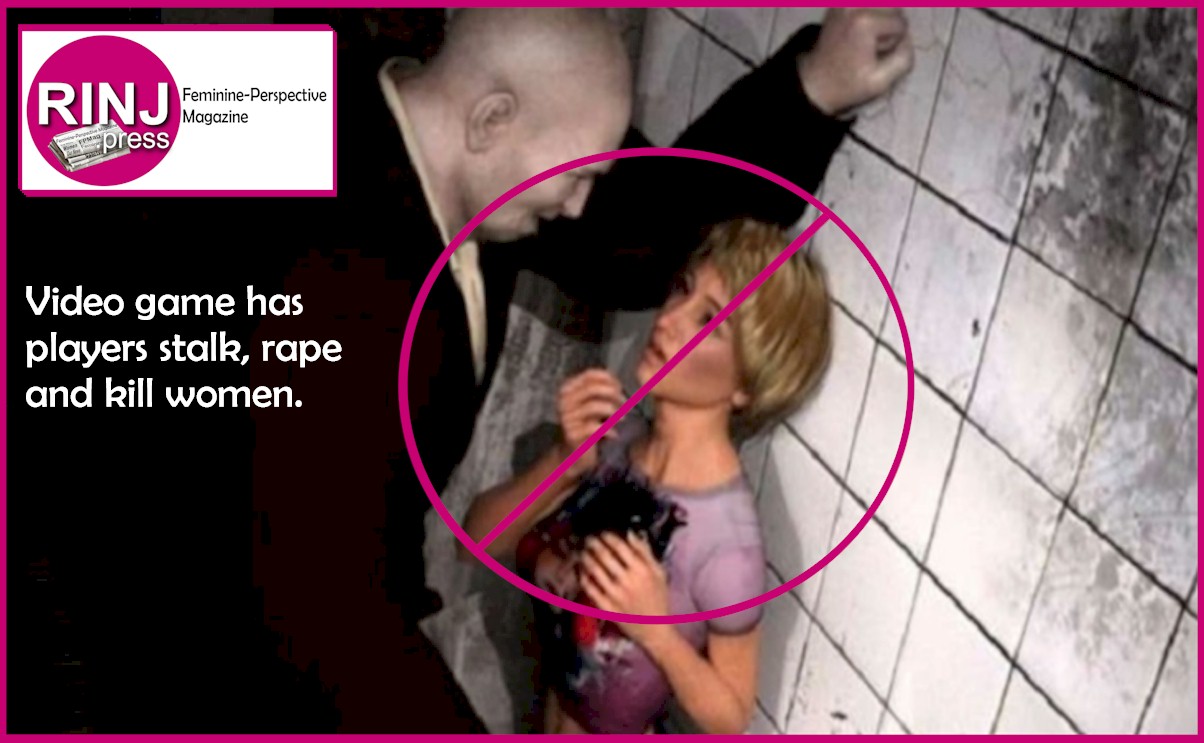 Displays like these only serve to perpetuate the oppressive patriarchal mentality that sexual abuse is not to be taken seriously, causing society to dismiss genuine cries for help and look the other way as rapists are given slaps on the wrist, if they’re punished at all, that is.

So many perpetrators are given light sentences or warnings for their heinous crimes because they occupy positions of power, like the pedophilic priests in the Catholic Church who were shielded rather than expelled, trapping even more innocent people while expanding the range of dangerous sexual predators. 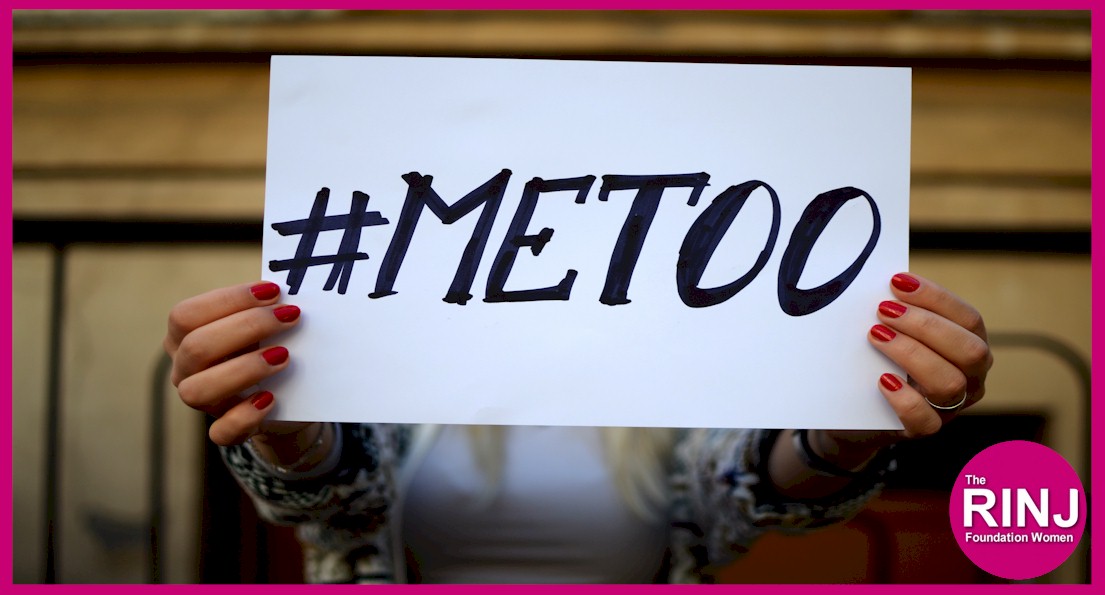 Granted, the #MeToo Movement has done an excellent job of stirring strength in the hearts of survivors so they may rise up and shine the hot light of truth on the men who’ve done them wrong, but even those abusers who have had their names exposed and careers ended have not faced any actual legal consequences.

Indeed, even the major documentaries concerning figures like R Kelly and Michael Jackson are appealing more towards people’s desire for juicy gossip than achieving justice, and has caused the more outspokenly devoted of their fan bases to overflow with support for the predatory figures rather than hold their idols accountable.

Whether it’s appeasement meant to misdirect people or exposure intended to entertain more than inform, too many forms of media refuse to approach rape for what it really is.

That is why I wrote this book.

My name is Ally Trust, author of The Scars of Survival: A Collection of Suffering and Sacrifice, the tale of a young woman’s life as she struggles to endure rape, war, and the trauma that comes with it. My novel is inspired by true events, the kind of events people would rather look away from and pretend not to notice, which is precisely why I wanted this story to be told.

I’m tired of a seeing a woman’s loss of control over her body treated as a gag or popularized for shock value. I’m weary of seeing sexual predators have their names go down in infamy as the stars of their own miniseries while the people they’ve taken advantage of fade into obscurity. I’m sick of this cycle the world is caught in, treating the rape of women with the same grace and dignity that they would a sports game, only to forget about it once the next one comes up, and so on and so forth.

And if you’re reading this, then I bet you are too.

As such, I implore you to not just read my story, but to see that others read it as well. By combining our efforts and maximizing my novel’s reach, we can bring The Scars of Survival to the attention of heroes and heroines who’ve experienced (or are sadly still experiencing) similar atrocities, perhaps inspiring them to go on by showing that they’re not alone.

We can remind those who are struggling to get through another day that there is still a reason to go on, and we can demonstrate to those who are not struggling that they’re cooperation is required if we want to put an end to women’s mistreatment.

For those interested, you can buy the book on Amazon as well as visit my website for blogs and resources on how to combat human trafficking.

With so many forms of media using human trafficking or sexual slavery as fan service to entice unsavory audiences, a story that actually portrays the grim reality of the situation is desperately needed. Readers need to learn that rape is not just some plot device, it’s imperative that they recognize this atrocity for not just what it really is, but for how unfortunately common and widespread it is as well. Only by exposing people to the truth and refusing to let them claim ignorance can real change and efforts to correct it ever happen, and The Scars of Survival: A Collection of Suffering and Sacrifice is just the wake-up call the world requires.

Read about other Women’s Literature