Madame Speaker,  I would like to preface my remarks by saying from the outset that unlike my friend opposite, I am far more optimistic about the future of Canada. I find the statement of the Hon. Member opposite about say no to the Free Trade Agreement somewhat ludicrous given the current circumstances as I stand here on the day before Christmas Eve and a few hours before passing this agreement.

Getting back to optimism I would like to relate to the house and to all Canadians some facts about my reading of your course it is a pleasure and an honor to speak to his house and the people of Canada on this historic occasion. My riding of York North where I have lived for the last 32 years is Canada’s most populous electoral district consisting of four large townships at the population of nearly 180,000 persons who live in a unique blend of urban and rural regions.

“For many years, York North has been a bedroom community to the City of Toronto, but now the people of York North have begun to employ themselves in their own communities.

“Hundreds of burgeoning small businesses have grown to the point where they now each employ up to 700 local persons. These businesses have flourished and prospered within their chosen Canadian market sectors. They are modern, specialized, market-driven operations, run by Canadian entrepreneurs who are today seizing more opportunities and creating more wealth and more jobs than ever before, but they must continue to grow.

“Having achieved success in their own market niche, the next step is to expand their business plans to include larger markets. The most sensible target market is the one that most closely matches their own home marketplace in terms of culture, language, consumer attitudes and the monetary system. That place is, of course, the United States, and many independent businessmen in York North have already taken a decision to explore U.S. markets. The Free Trade Agreement is responding to that new direction by removing impediments like protectionist tariffs and non-tariff barriers that have hindered necessary growth.

“Businessmen in York North have been disappointed in the past when they found that it is easier to cross the U.S. border wearing Bermuda shorts and carrying a tennis racket than it is to venture on a trade mission wearing a business suit and carrying a briefcase filled with samples of their companies’ products. 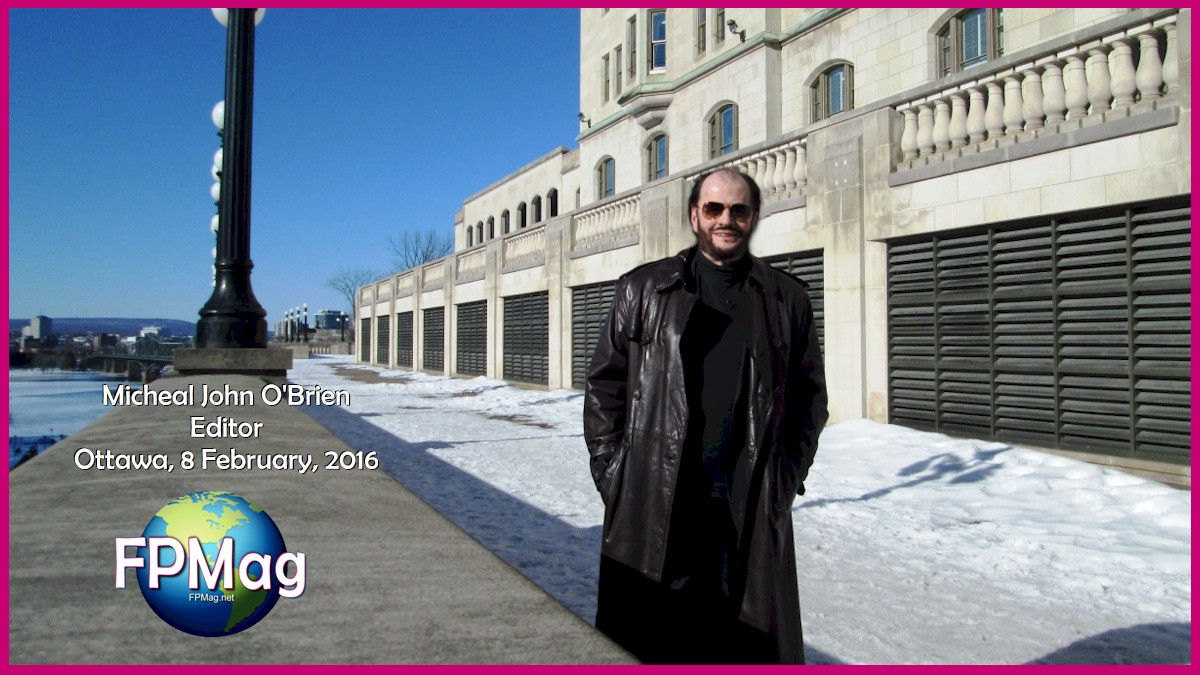 “When they arrived at their prospective customer’s doorstep, many found that although they were presenting samples of fine competitive products those products had become burdened the minute they crossed the U.S. border. They were not competitive and were not able to win the sales order because of protectionist tariffs blocking their success.

“That scenario in simple terms, Madam Speaker, explains the problem from the businessman’s perspective and describes a phenomenon that has come to plague Canadian enterprise. This is a phenomenon which has had serious repercussions. Trade barriers have made us export only the things that others want, like our natural resources, for example, and has restricted the more sophisticated products which we prefer to manufacture and sell. Soon those barriers will be removed. They will be lifted by the Free Trade Agreement. Our businessmen and their employees will benefit from the free flow of their goods and services into a market area that represents up to 10 times the sales opportunity they now enjoy.

“The Free Trade Agreement is a good deal for Canada, Madam Speaker. It permits Canadian enterprise to take the next best step for market development and continued prosperity. Given that the best and the brightest of our Canadian businessmen and trade specialists were brought to the endeavour of creating this agreement, and given the fact that the Canadian people have decided in favour of the Free Trade Agreement, I believe it is now time for those opponents of the Free Trade Agreement who apparently live in a philosophical dark age, who apparently are not aware of the requirements of Canadian enterprise-many of whom sit opposite in this House-cease their outrageous tirade. They should now stand aside to let Canadians seize this new opportunity and begin the journey toward new wealth, new prosperity, enhanced employment opportunities and modern skills development. They should stand aside and allow Canadians, under the Free Trade Agreement, to build a stronger Canada.

“The Free Trade Agreement establishes a set of rules, rules that work to eliminate foreign political imperatives that have hitherto been damaging to the free flow of Canadian exports. It is a commercial agreement covering trade, and no more than that. It is a crucial agreement for Canada. Over three million Canadian jobs are linked to export trade, of which two million depend on our trade with the United States. This country exports 30 per cent of its output. That is more than any other nation in the world and is why the Free Trade Agreement, a deal with our best friend and nearest neighbour, is important and valuable to all Canadians. 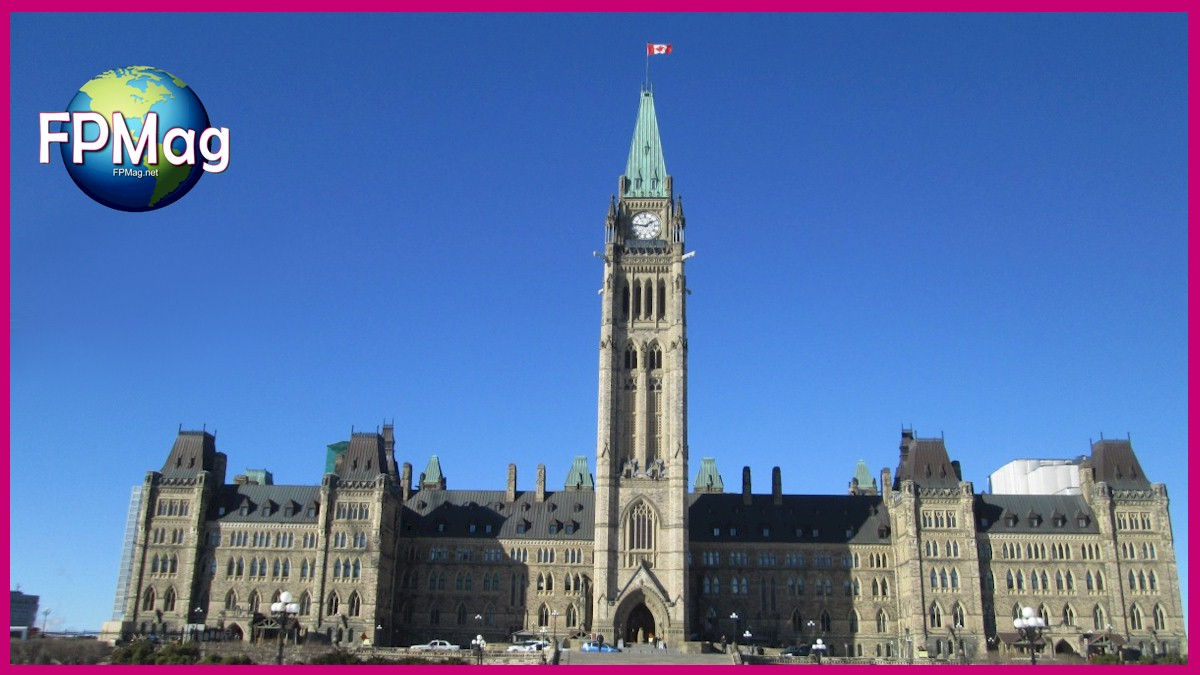 “Industry experts agree that the Free Trade Agreement is good for Canada. It is in the national interest. For businesses in my riding, it is the next best step to ensure their future prosperity. The Free Trade Agreement is important to York North enterprises like the members of the machining and metal working industry. In an August 1988 editorial in their trade journal, Canadian Machinery and Metal Working, editor Jim Barnes expressed his greatest fear about the November election. He said referring to the Leader of the Opposition (Mr. Turner):

“If Mr. Turner is elected and delivers on his threat to renege on the Agreement, the effects on our international reputation as a reliable trade partner will be catastrophic, completely apart from whatever we lose by cancelling (the Agreement) itself.

“That is what the experts say, Madam Speaker.

“Even within that Liberal bastion we know so well in York North, The Toronto Star, economist Richard Lipsey wrote about free trade:

“Consumers of Canada unite. You have nothing to lose but your high prices.

“I believe that this agreement is truly about Canada’s future and today’s youth. With the national debt as high as it is we all know in this House and in this country when we have a large debt to pay we have to do one or both of two things we either decrease our expenses or we increase our revenues. The Free Trade Agreement will work toward that imperative, the paying down of the national debt as we increase revenues for Canadians.

“The future prosperity of our nation will some day rest in the hands of our children. I believe that the Free Trade Agreement will provide them with the foundation they need to accomplish great things and, as it should be, to benefit themselves from their own accomplishments. People create prosperity, not governments. But government must provide the people with free access to the markets they need. This Government has done that, Madam Speaker. This Government has acknowledged that Canadians are traders, that Canadians are innovators and that Canadians are winners.

“For the opportunities that the Free Trade Agreement provides enterprising Canadians in York North and Canadians throughout the nation I want to thank the Prime Minister (Mr. Mulroney) and the Minister for International Trade (Mr. Crosbie), all their colleagues and negotiators and this Government. This is the best next best step for developing our local businesses, our industries so that the people in York North, formerly living in bedroom communities can now begin to employ themselves.

“We have all heard the Opposition’s arguments against the Free Trade Agreement. Time and time again we have heard the same tiresome chant about water, social programs and subsidies and about a lot of things not in the Free Trade Agreement. While the recent past election was an arduous and emotionally inflamed affair, I am, nonetheless, pleased that the matter has been given a complete airing.

“We do have industries in this country that do have the know-how and the record. Some of our industries export up to 85 per cent and 90 per cent of their output. From my perspective as a former international trade journal publisher and from this vantage point in the far corner of this House, I believe that I have found the true reason that the two opposition Parties are trying to outdo each other in their anti-free trade tirades.

“I go back to the commencement of the last election campaign. As a journalist and publisher, I examined the machinations of the three Parties going through the process of attempting to decide what their platform would be. I believe that my colleagues on this side of the House also know that the real motivator is fear. Members of the opposition fear that the Free Trade Agreement is so good, that it will make Canada so strong, that Canadians will become so prosperous and thankful that they will elect a Conservative Government for the next 20 years. That is the real concern of the Opposition.

“Representatives of industry, businessmen, and the people have spoken in favour of free trade, and given that it is a commercial trade agreement, those are probably the people to whom we should listen, We should take it from the hands of parliamentarians and give it back to the people who will do that job, the people in whom we have confidence to do that job. I believe in their hands, as they have capably shown in the past, lies the future and prosperity of this country.

“I do believe that the debate has ended. Now it is time for healing and for preparing to lead Canada into the 1990s, and for that we all have a responsibility.

“I am sure that each Member in the House wants the best for his or her constituents, and is willing to work hard to achieve that end. My goal and pledge is to make certain that the people of York North have a Member who, regardless of any partisan views, strives for the benefit of the people of the riding. As new opportunities for prosperity unfold, as new quests for learning arise, and when adjustments are to be made, I will bring the maximum extent of my abilities to their endeavours. I am sure that all Members will do the same in bringing Canada into this new and exciting era.

“To you, Madam Speaker, to the staff of the House of Commons, and the Members here, I wish you all a Merry Christmas.”