War in Ukraine a panacea for child sex trade. Danger to women and girls increased by prolonging war

Ukrainian Southern Counter-Offensive is a man’s game, “sluggish and going nowhere, prolonging a war on women and girls” say tired humanitarian workers combatting rape of women and the child sex trade in Ukraine.

By  Micheal John with files from Melissa Hemingway in Ukraine

America and Britain have continually pushed Zelenskyy away from the peace table, where a deal could have been arranged, prolonging war at great cost to Ukrainian women, millions of whom lost their homes and family members. Also American and British people who must support a prolonged proxy war in Ukraine, against Russia, are suffering from increased poverty and hunger as prices soar.

Zelenskyy seems to believe the American puffery that he can win the war against Russia in the coming years. Zelenskyy is fooled into believing he can regain Crimea and all of the Donbass despite the eight-and-a-half-years of Luhansk PR and Donetsk PR steadfastly maintaining their independence from Ukraine and their right to self determination.

“Clearly independence was not idle chatter. Much blood has been spilt by these ethnic Russians, formerly of Ukraine, enough to suggest they are willful and serious about their independence. Anyone who disagrees, has left according to locals in both republics,” explains Melissa Hemingway from Ukraine.

This past week, FPMag got a close look at Kherson as the RINJ Foundation and one of its security contractors rescued 11 kidnapped females from sex-slave kidnappers/traffickers.

The event was coordinated with factions of the USA law enforcement community as it was suspected an American was among the kidnapped.

The girls ranged from 12 to 20 in two groups, one of five persons and the other of six females, both groups eventually collected by the kidnapers at one staging location near the river, awaiting transport.

Five of the children were orphaned by the war and orphaned by a broken schooling system, two were de facto runaways. They were kidnaped in the Kherson area and were being held awaiting transfer to their next destination. Their departure was delayed because of alleged sabotage to the kidnapper’s minibus.

“At a time when the guards were resting,” explains Leah, an operator heading up the security detail of the contractor, “and just before the heavy Armed Forces of Ukraine shelling began in Kherson around ten o’clock local time, the guards were separately overpowered and an awaiting, large [but still crowded] medical evacuation vehicle which had been marked and reported to authorities as “COVID-19 isolation patients“, fled the area and drove a total of four hours through the night to relative safety. The security detailed departed by a different route with the detained offenders, explained Leah.

The picture and its story: Beware: coloured nylon ties tell kidnappers who needs to be paid the bounty following the kidnap of a vulnerable female.  Spotters are paid bounties to tag doors on bombed out homes in Donbass where vulnerable females are living. This signals to a team of home invaders who follow behind the spotters days later to do the kidnap. Photo credit: Melissa Hemingway /FPMag

“The intervention was routine and had been planned over 48 hours and took place with no shots fired and all children and two young women, a little hyper but totally healthy, being taken to two shelters in the Donbass region before being transported out to family or to safe homes in Europe,” explained Alona Adamovich, a regional organizer and medical director of the global RINJ Foundation. 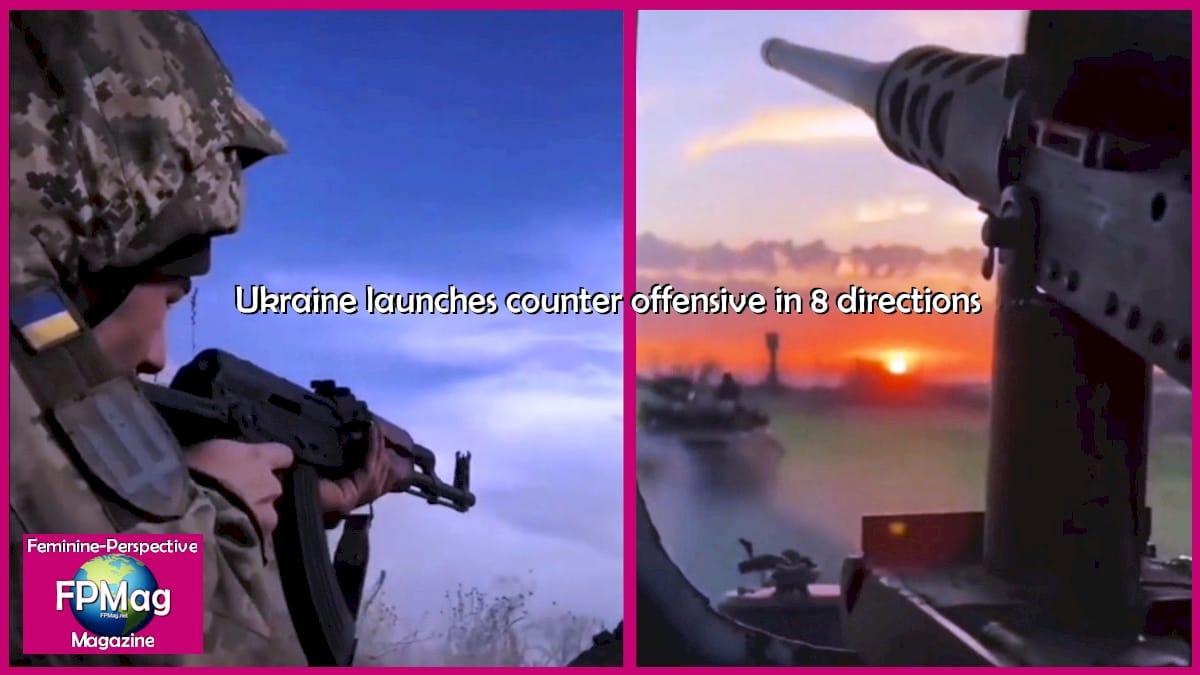 “We have launched offensive operations in many directions,” said a spokesperson for Ukraine’s southern command, Natalia Gumenyuk, on 29 August 2022. “We can confirm that we have broken through the first line of defence,” she added.

“But eyewitness accounts say the progress is slow and while dragging out the war, very expensive in the cost of lives and warfare machinery, a lot of which is being abandoned here and there all over Donbass,” says Lana, an EMS worker who travels the area extensively.

Rafael Grossi head of the International atomic Energy Agency says IAEA is not leaving ZNPP, after the first tour is completed. Once the team of six working now have finished, two experts will stay at the plant permanently, perhaps for years as the war continues, to monitor safety protocols, Mr. Grossi said.