Is Pres. Marcos setting up for a crash, spending Philippines billions on weapons PH does not need?

“If America succeeds in exploiting the Philippines as a surrogate against China, the Philippines being the largest recipient of USA military assistance in the region, the war will be momentous and the Philippines population will be decimated, the country ended,” postulates an Israeli security analyst and more than a few dozen others.

“The President has made sure that the AFP modernization program will continue, now that we are into Horizon 3 already; some procurements are already being processed,” AFP spokesperson Colonel Medel Aguilar said at a media  briefing. “And we expect delivery of big items that will modernize and will equip the AFP to be more capable in performing its mission,” he added.

As a potential surrogate in a war with China, America wants Manila to buy, buy, buy weapons. F-16s, supersonic cruise missiles, new helicopters, new ships—what for, Manila? Fighting China? Are you out of your minds? Why not feed the hungry millions first? 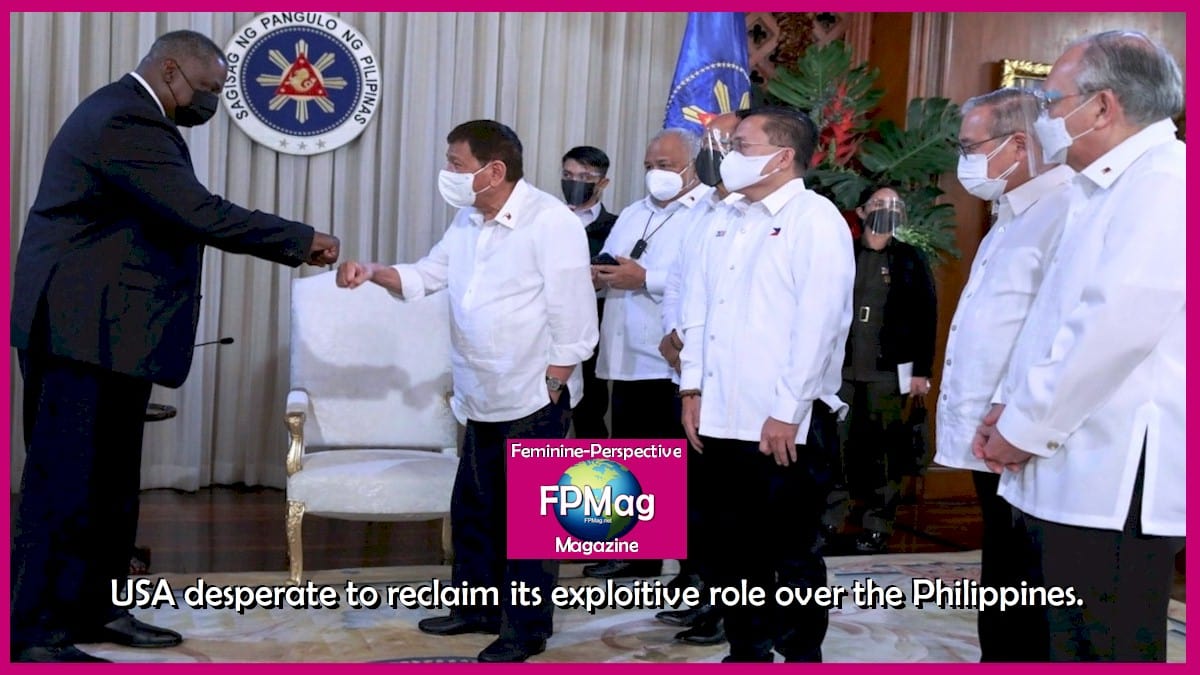 Security analysts like Simon Baldock in Tel Aviv are nearly apoplectic watching the Philippines get “milked and bilked by America”.

“American colonial rule in the Philippines promoted an intensely dependent, export economy based on cash-crop agriculture and extractive industries like mining,” citing Encyclopedia.com.

Philippines Constitution Article II, Section 2: “The Philippines renounces war as an instrument of national policy, adopts the generally accepted principles of international law as part of the law of the land and adheres to the policy of peace, equality, justice.”

“The sailors from China who sneer at Filipino Coast Guard hailers near Whitsun Reef which according to Rodrigo Duterte is not in the Philippines EEZ, see the Filipinos as nothing more than American sycophants,” says Sara Qin, an informed member of the CCP in China.

“Filipinos can dress themselves half American and half Chinese but they only look foolish to their neighbours including the Chinese,” she added.

“But for the Chinese, bullying Filipinos and Vietnamese is fun. It’s a figurative jab at the Americans. The pumped up Chinese militias and military men can kick some surrogate-American butts around and chase them home from the fishing grounds and there is nothing those people can do about it,” explains Ms. Qin.

“That’s how Chinese take out their anger against Americans because of American racism, they bully American surrogates,” Ms. Qin added.

As recently as 6 August 2022, the US Secretary of State Antony Blinken visited the Philippines to warn China that the United States would come to the Philippines’ defence if attacked in the South China Sea.

These facilities for USA forces at five bases were authorized by the Philippines government under a 2014 “Enhanced Defense Cooperation Agreement (EDCA”.

The so-called ‘temporary’ shared locations (because permanent bases violate the Philippines Constitution) are at the existing but ostensibly unused by the Philippines Armed Forces, Basa Air Base and Fort Magsaysay, both in Luzon; Antonio Bautista Air Base in Puerto Princesa, Palawan; Mactan-Benito Ebuen Air Base in Cebu, Visayas; and Lumbia Air Base in Cagayan de Oro, Mindanao.

China has a much closer relationship with the Philippines than does America which uses a ‘Carrot and Stick’ coercive approach of ‘rip-off-and-rape’, bribing officials and America’s soldiers leaving a wake of pregnant 12-year-olds.

“So it is in this context that I am asking our American friends and American leaders to look at our aspirations. We cannot forever be the little brown brothers of America,” Foreign Affairs Secretary Perfecto Yasay said in a speechi n September 2016 at the Center for Strategic and International Studies in Washington. 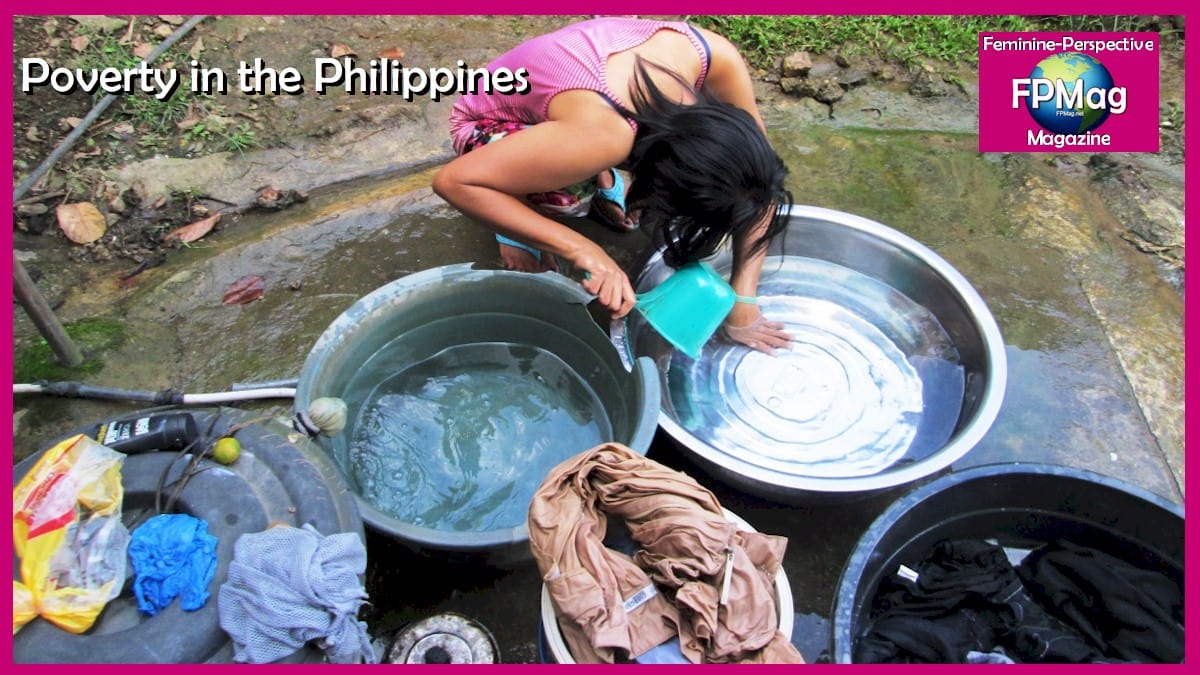 The picture and its story: For every 1,000 babies born in the Philippines, 28 die before they turn 5 years old. Many of these children die of pneumonia. The Philippines is one of the 15 countries that make up over 75% of the pneumonia deaths globally. A lower socioeconomic status, which often leads to limited access to vaccinations and healthcare options, contributes to this high rate of pneumonia.  As of 2019, an estimated 64% of Filipino households struggle with food insecurity, and two in every 10 children under the age of 5 are underweight. This has worsened by 2-6 million people since the pandemic began. The high rates of natural disasters and large numbers of people living in isolated rural areas with no infrastructure whatsoever contribute to this hunger problem and make food inaccessible for many in the Philippines. Wealth distribution is primarily to Dynasty Families and their friends and communities in government which tend to mine the population for its money. (Statistics according to the Asian Development Bank.)  Photo Credit: Micheal John / FPMag

To take its strategic conflict with China to the next level, the United States has to have the Philippines.

According to the Asia Maritime Transparency Initiative, “Ferdinand “Bongbong” Marcos Jr. lived in his father’s shadow. To many observers, he lacked both the fierce ambition as well as the intellectual credentials of former Filipino dictator, Ferdinand Marcos, who reigned longer than any president in the country’s history. His own father fretted over ending up with a “spoiled and hated” princeling, while outgoing President Rodrigo Duterte has dismissed him as a “spoiled brat” and a “weak leader.”

“Basically, the United States does not have… sufficient proximity in the South China Sea if it is going to challenge China. So it [USA] needs those Philippine bases if it is going to try and check China through some kind of symbolic military presence that nonetheless has enough substance to actually check China,” Professor Alfred McCoy of the University of Wisconsin-Madison said during a webinar on 24 August, 2020.

“To take this strategic conflict to the next level, the United States has to have the Philippines. If you look at the map, it is the only point which the United States possibly can gain proximity in the South China Sea sufficiently to challenge China,” Professor McMcCoy added. 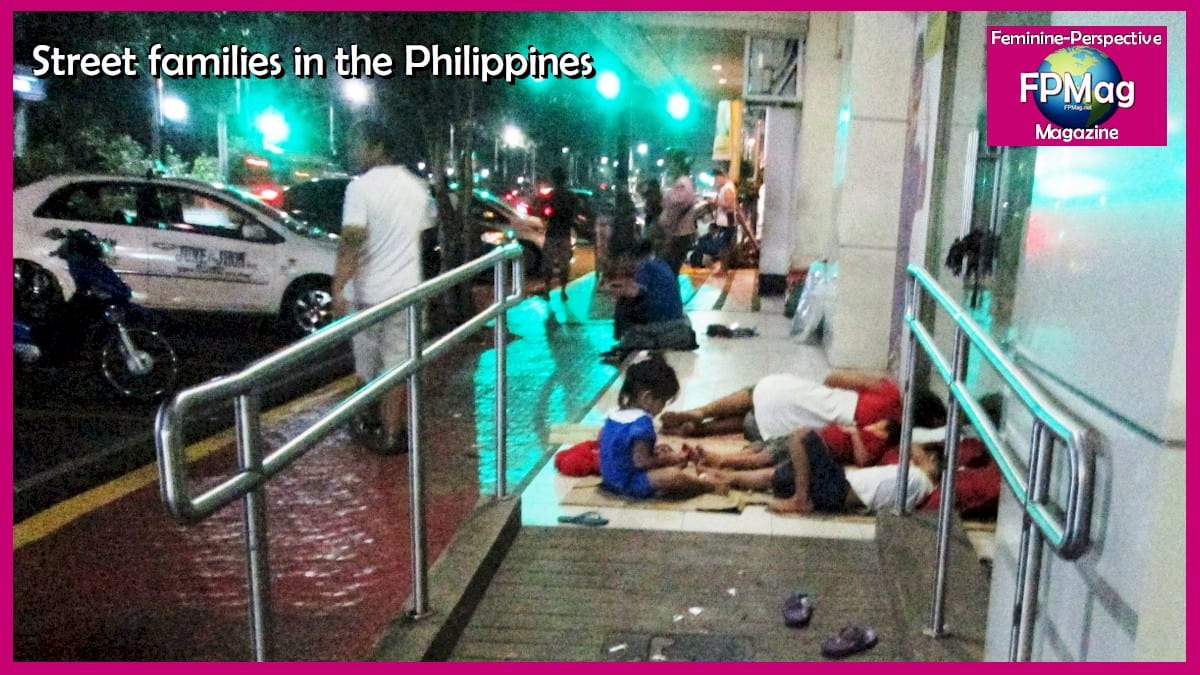 “Human rights in the Philippines, the most heartbreaking crisis in all the world,” said a human rights activist shot dead by authorities months after making this statement.

The Philippines is struggling and has everything to lose and nothing to gain by becoming an American war surrogate. Marcos  sounds more like a Washington Sycophant every day but maybe officials in Manila do gain? The United States just unbanned Bongbong Marcos from visiting the United States, a ban that goes back to criminality claims in 2012.

“The COVID-19 pandemic exacerbated existing socioeconomic inequalities and cultural inequities, which greatly affected the vulnerable and marginalized sectors of society. It is crucial to address these disparities to build their resilience to future shocks and accelerate the country’s post-pandemic recovery,” claims The Philippine Institute for Development Studies (PIDS), putting the situation mildly, as a government agency under the second Ferdinand Marcos government. (Bongbong Marcos is the son of the ousted dictator Ferdinand Marcos.) 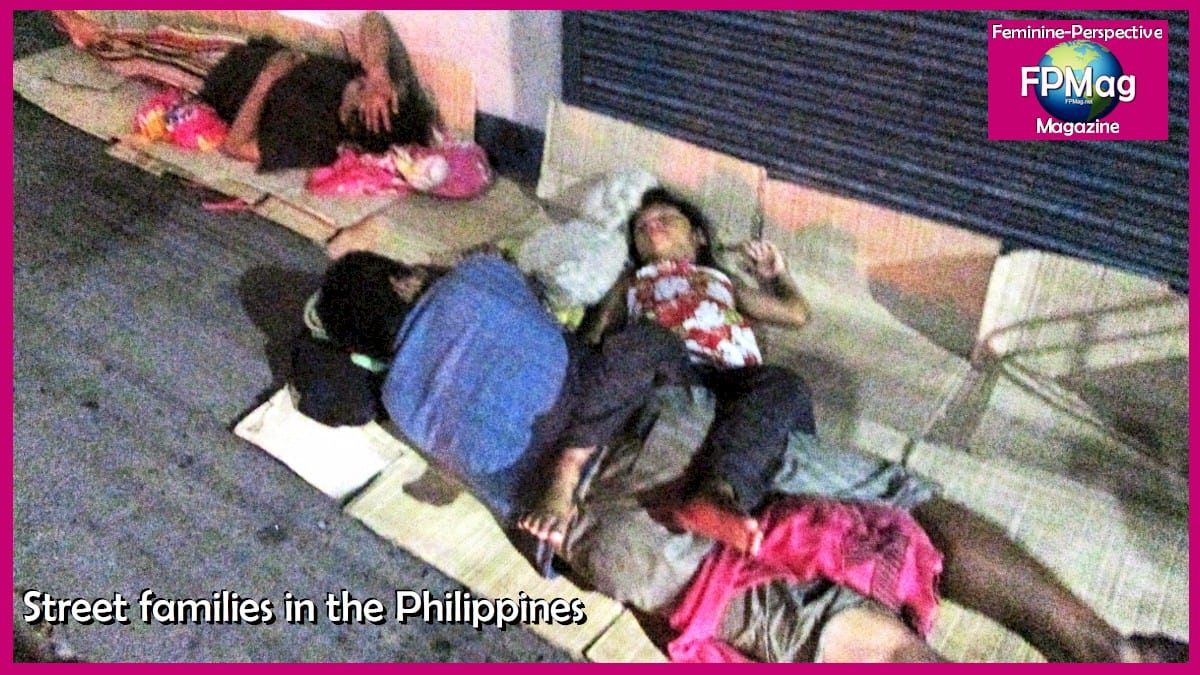 With poverty at screaming high levels in the Philippines and an infant and maternal fatality rate so bad it is past counting, say humanitarian workers, why is the Philippines government spending so many billions of pesos on weapons systems it uses on its own people, especially Muslims in Mindanao?

As America tries to save its failing trade monopolies around the world from the growing affluence and trade dominance of China by provoking wars in potentially surrogate states, like Ukraine and Taiwan, the Solomon Islands suspended US naval visits, and signed a security alliance with China.

The article " Is Pres. Marcos setting up for a crash, spending Philippines billions on weapons PH does not need? " was written by Author: Micheal John OBrien (Biography, Email) Editor in Chief
Contact Micheal John OBrien on Twitter ~ Facebook ~ LinkedIn ~ Instagram ~ Find on Wikipedia ~ Find on YouTube