Biden stirs the wars from the UN General Assembly

About nuclear weapons in the Ukraine war, America said, “We are monitoring as best we can their strategic posture so that, if we have to, we can alter ours.”

On that note, Joe Biden went to the UN General Assembly.

Over 100 countries, had previously voted in favour of allowing Ukraine President Volodymyr Zelenskyy to address the UN General Assembly 77th Session. which he did with his usual acidic, abrasive tone.

Joe Biden could have stood on his head and spit thousands of silver dollars at the 77th Session of the UN General Assembly, but he would not have got the attention that Russian Federation President Vladimir Putin garnered with a recorded speech, well thought-out, about mobilization of Russian troops and the criteria for the use of nuclear weapons which are now at the ready.

“This war is about extinguishing Ukraine’s right to exist as a state, pure and simple,” said Joe Biden referring to the Russian ‘Military Operation ‘ …’to Liberate the people of the Donbass’, which is how Mr. Putin framed the matter.

According to medical workers in Ukraine and in the Donbass region, Ukraine, America, Britain, Canada and other NATO countries have been persecuting and even killing Russian-speaking and ethnic-Russians in various regions, particularly the eastern Donbass Oblasts (provinces) for roughly a decade.

“You cannot seize a nation’s territory by force,” Biden said at the 77th Session, adding that “the only country standing in the way of peace is Russia.”

But that is categorically untrue. A woman who served as a translator during February and March 2022 peace negotiations, a woman who is a member of The RINJ Foundation, told FPMag‘s Melissa Hemingway that she knew from what she overheard that Britain and probably America too had pushed Zelenskyy and his people away from peace talks and that the Russian side headed by FM Lavrov had proposed that “Ukraine simply create a constitutional change indicating Ukraine would never join NATO; that Ukraine would cease hostilities against Luhansk and Donetsk; and Russia would be satisfied and back away from military action to protect its people in the Donbass regions,” she said. 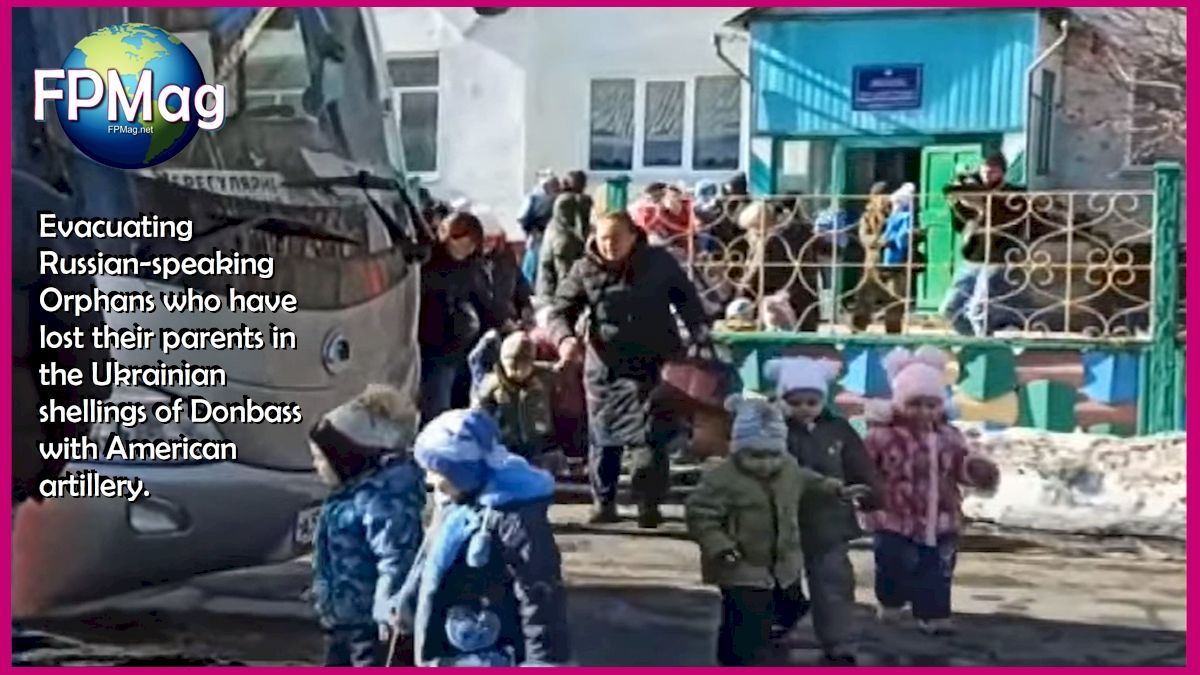 “Evacuation of Russian-speaking and ethnic Russia orphaned children is a sad experience for humanitarian workers,” says Alona Adamovich, a regional organizer and medical director of the global RINJ Foundation. The children ask about or talk about their family members killed in the shelling of Donetsk and Luhansk these past nine years. Photo credit: Phone camera image source supplied.  Art/Cropping/Enhancement: Rosa Yamamoto FPMag

Vladimir Putin’s language about the use of nuclear weapons seem to be consistent with the fact that he is “fighting all of NATO in Ukraine”, say numerous pundits including the former UN Weapons inspector Scott Ritter who became famous when he first challenged the West on the argument that there were Weapons of Mass Destruction in Iraq. America proceeded to kill an estimated million Iraqis over period from 2003 to 2017. That all began with the American claim that Iraq was amassing weapons of mass destructing including nuclear bombs., Nobody has produced one.  That suggests loudly that America lies in order to start wars.

More than a dozen scholars around the world have made their opinions known forming a consensus that America is fighting a proxy war, while exploiting its control over the North Atlantic Treaty Organization to do the same against Russian in Ukraine.

Some observers have claimed that this in effect creates a scenario where Zelenskyy, Biden, Johnson, Jens Stoltenberg and others are using Ukrainians as cannon fodder in a very long and drawn-out war that is intended to weaken and destroy Russia

“It’s irresponsible rhetoric for a nuclear power to talk that way, but it’s not atypical for how he’s [Putin] been talking the last seven months, and we take it seriously,” White House National Security Council spokesman John Kirby told ABC’s “Good Morning America. “We are monitoring as best we can their strategic posture so that, if we have to, we can alter ours,” said the apparent self-appointed public policymaker. 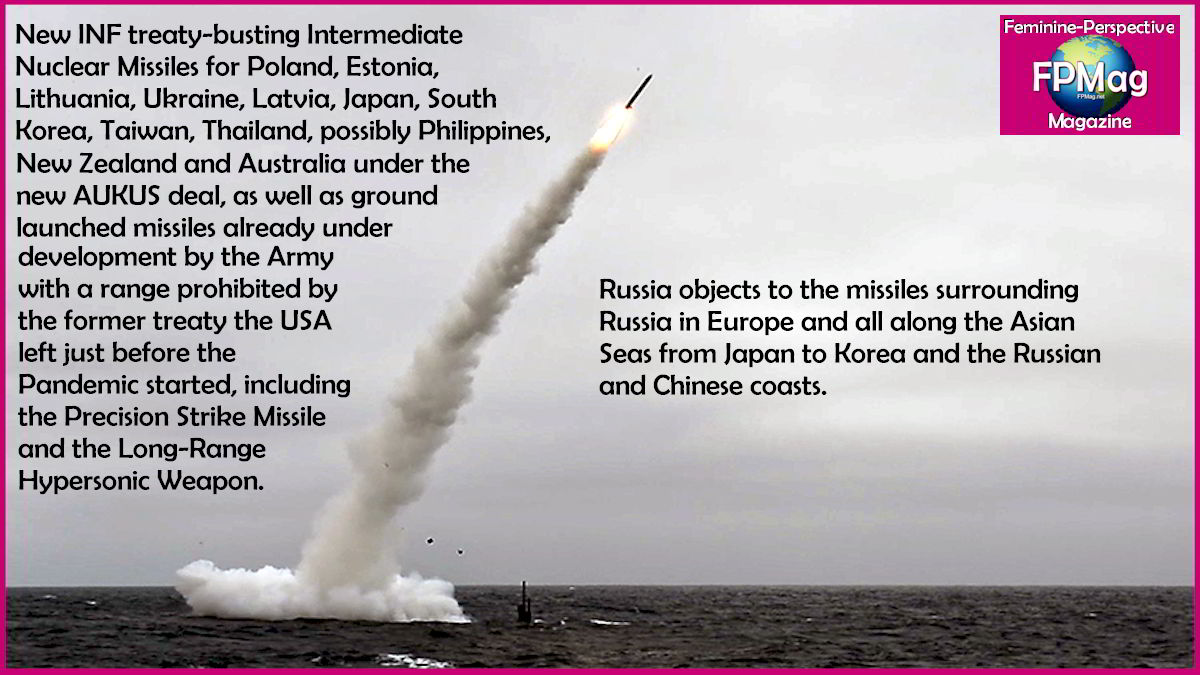 For years Russia has complained about the American expansion of its intermediate nuclear weapons forces in Europe and elsewhere. For decades Russia has complained about the expansion of North American Treaty Alliance forces to its border. From 16 nations, NATO grew to over thirty. Last fall, Russia gave an ultimatum. NATO must stop at the Ukraine border or Russia would invade, or words to that effect.