The news this week is that the brutal Russian Federation Army will now focus on Donbass in Eastern Ukraine while troops gathered near Kiev will fall back, according to the Russian Ministry of Defence and announcements made after talks in Turkey, just hours ago.

Troops headed to Donbass will stay there for a long time, according to informed sources close to the information in Moscow.

The brutal Russian Army has finished its slamming attacks on the Ukraine military and fundamental infrastructure in Kiev, say negotiators leaving Tuesday’s talks.

Russia’s top negotiator, Vladimir Medinsky, has disclosed the key points of the Istanbul talks from the perspective of the Russian side as follows: 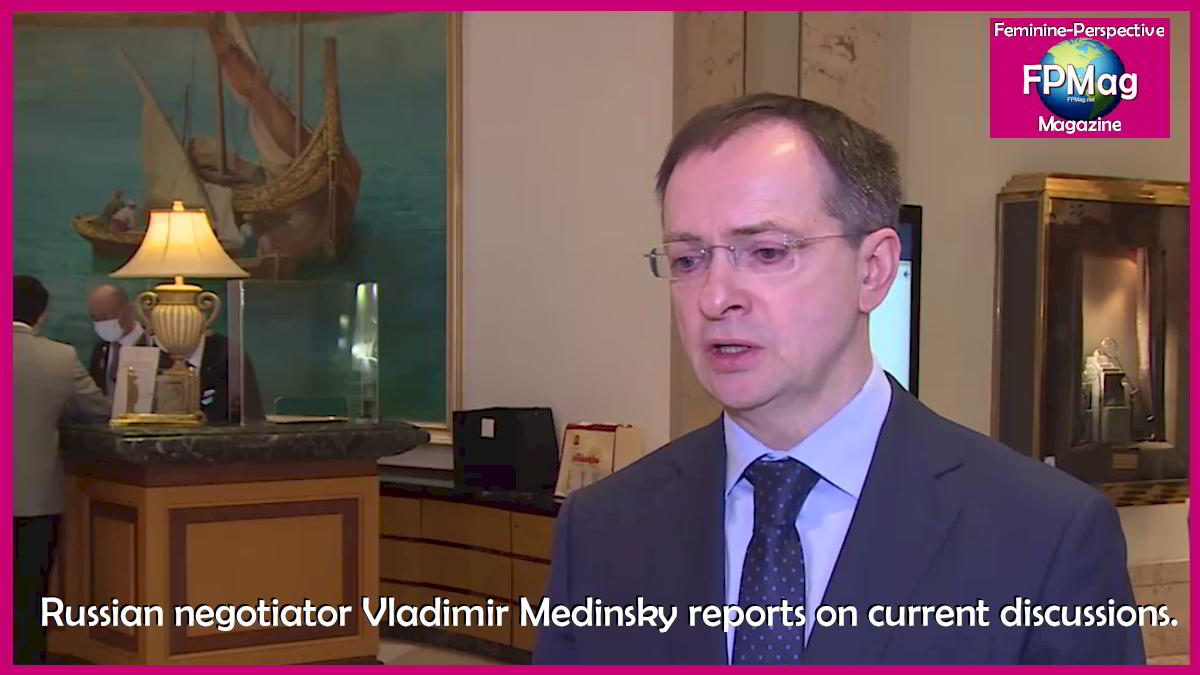 “The American narrative on preventing Russia from seizing Kiev is somewhat like dreaming about aliens from the Andromeda galaxy coming to help the Democrats win the next election. The aliens are not coming and the polls say the Dems will lose the House and the Senate,” suggests security analyst Simon Baldock from Tel Aviv, Israel.

“Seizing Kiev was an American lie, that never was going to happen because it was never planned and Kiev was never worth taking,” says the source in Moscow.

“Offensive cyber-forces” unleashed on Russia by NATO have crippled Russian government institutions, media outlets, hospitals, clinics, pharmacies “subjected to powerful blows with the use of advanced information and communication technologies,” the Russian Foreign Ministry said in a Tuesday statement.

Meanwhile over six million children and millions of women have had their lives destroyed, thousands are dead, maybe not yet buried, and many are in grave danger says the Save The Children NGO.

Midwives report to FPMag from Luhansk that in the past 7 days, 33 babies were born in Luhansk People’s Republic. The midwives are accustomed to war, these past eight years. All babies are doing well as are their mothers. That might be the only good news from the conflict area.

“Biden and Zelinsky for years have tried to smash to bits the lives of five million ethnic-Russians in Donbass who went their own way during the 2014 Ukraine Civil War creating two small republics, Luhansk PR and Donetsk PR, and the entire region is a bombed out mess with mines and razer wire everywhere,” said Mr. Baldock. 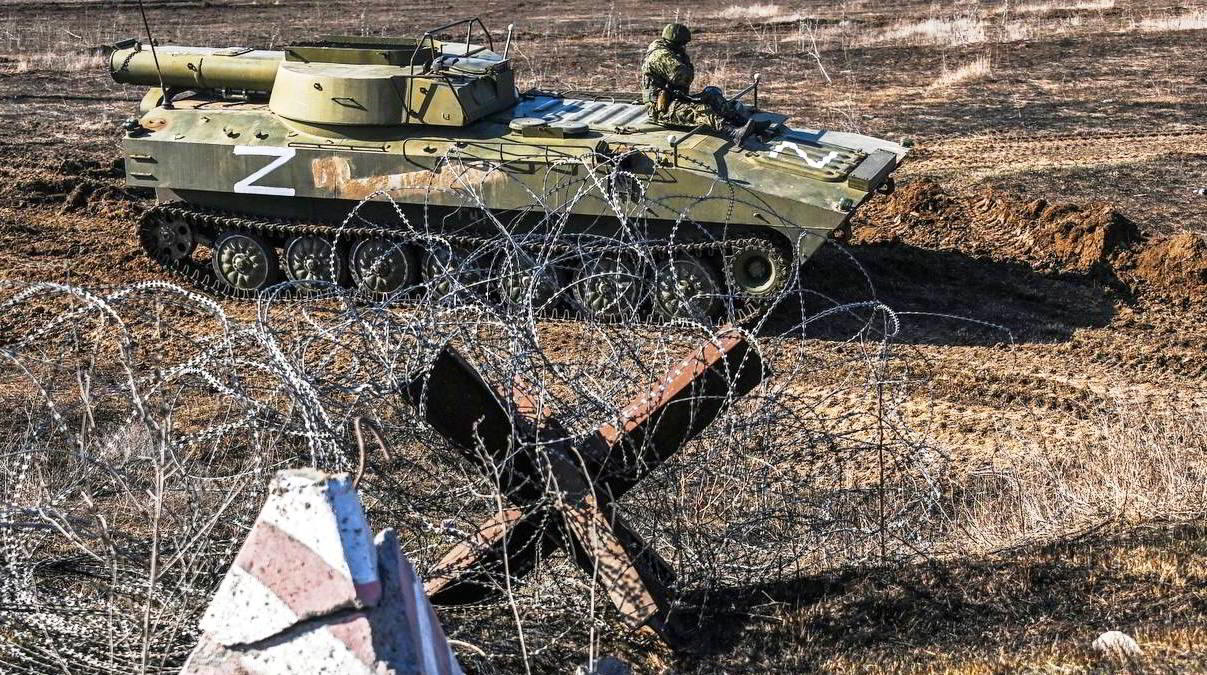 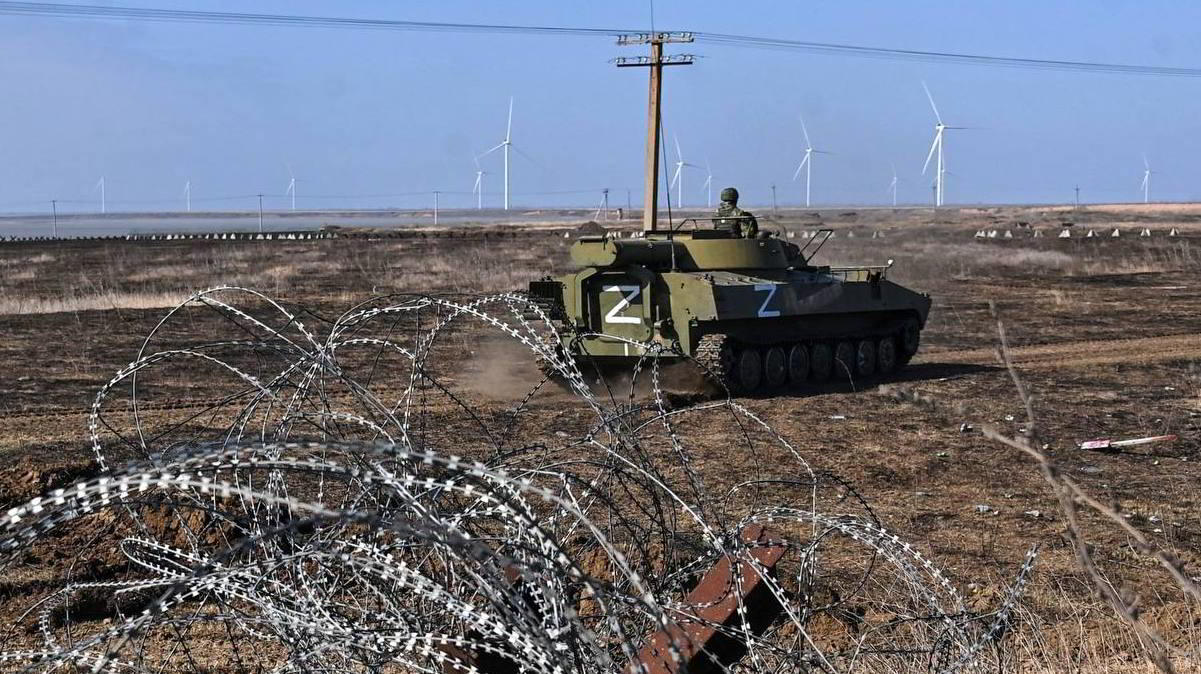 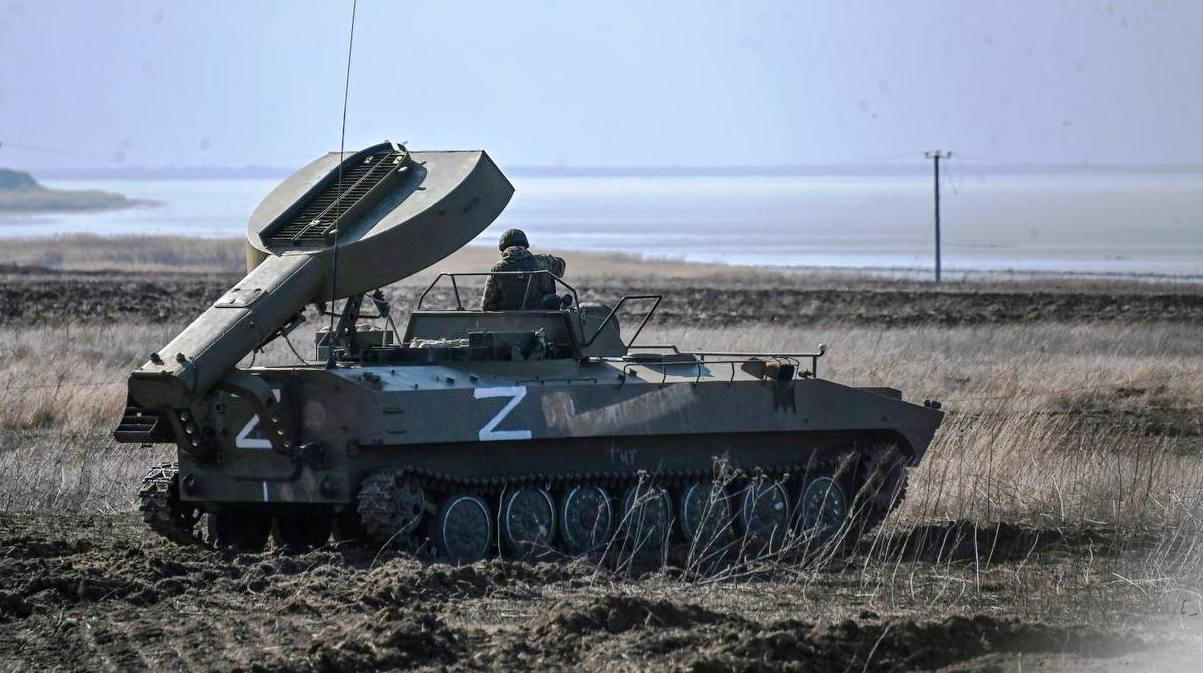 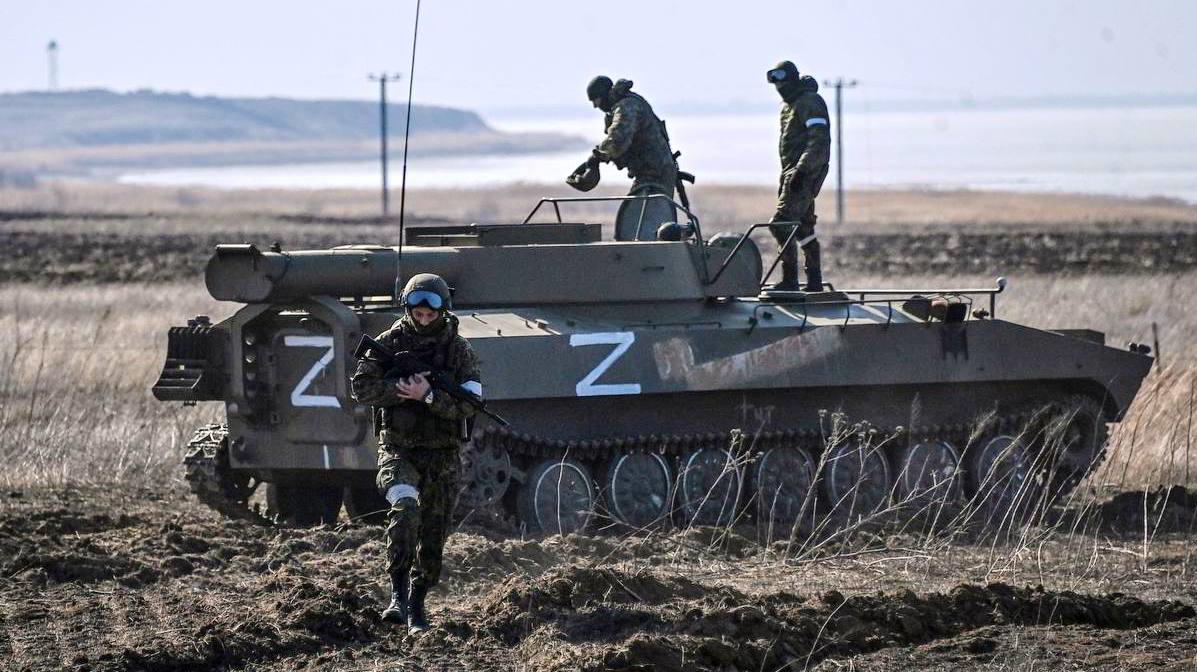 Dale Carter, security director of the RINJ Foundation explained from Ukraine that, “nobody in this world likely thought that the people of Crimea, Donetsk PR and Luhansk PR would throw up their arms and go back to Ukraine. It has not happened in eight years of America and Ukraine beating the crap out of them. They are committed to self-determination of independence, like it or not. What is America and Ukraine going to do? Kill them all? These people want their freedom from the corrupt and inept US-controlled  government of Ukraine. The people of Donbass want to exercise their right of self determination which the UN knows all about but its figurative hands are tied hence it stays quiet because most of its funding comes from the USA,” she added.

“Joseph Biden and his disingenuous sidekicks with sleazy agendas want political power over an alleged relevant NATO to gang up on Russia, the only enemy left in Europe. They have lied to the world in the most reprehensible and murderous caper ever pulled off including the million COVID-dead Americans and invasions of Yugoslavia, Iraq and Afghanistan,” says Ms. Carter.

“This war in Donbas, NATO has fought for eight years and these cats are pretending it never happened and that the Russian intervention is right out of the blue. Actually it happened as an interruption of an intended American-backed Ukraine invasion of Donetsk PR and Luhansk PR,” Ms. Carter added.

“If the professional actor/clown Zelensky who is nothing more than a Biden handlers’ hand-puppet (“Biden yells at him, to make him do what Biden’s handlers want,” says a woman who is one of Zelenskyy’s handlers.) thinks that Russia is going to acquiesce to the continued slaughter of the ethnic Russians in Donbass. That’s why he got a predictable taste of how brutal the Russian Army can be,” she said.

Negotiators on Tuesday from the Russian side have complained that there is some agreement on ‘worthless’ minutia but on the major issues there is nothing close to final  agreement although the NATO/Ukraine/USA side seems happy that Russia will back out of Kiev.

Zelensky says that he wants to go back to pre-2014 and regain Crimea and the Donbass area republics. The Russian side will not hear of it, seeking Kiev acceptance of the Luhansk PR and Donetsk PR independence which was declared in 2014 and fought for ever since.

“Crimea, Luhansk PR and Donetsk PR are gone from Ukraine since 2014. They are gone by their own wishes. The last eight years have solidified that and created an indelible status quo. Anyone who wanted to live in Ukraine has done that. And the two Republics have fought off the Nazi brigades, the Ukraine Army which was  helped by the Canadian Army, the British Army and the Americans for eight years. These breakaway nation people say they are not going back to Ukraine. They want their independence,” suggests Mr. Baldock.

One of many abandoned Ukraine camps housing tens of thousands of Ukraine troops were originally poised to invade Donbass by 21 February. Their plan was to launch the attack in March according to documents left behind when the soldiers fled on 24 February. 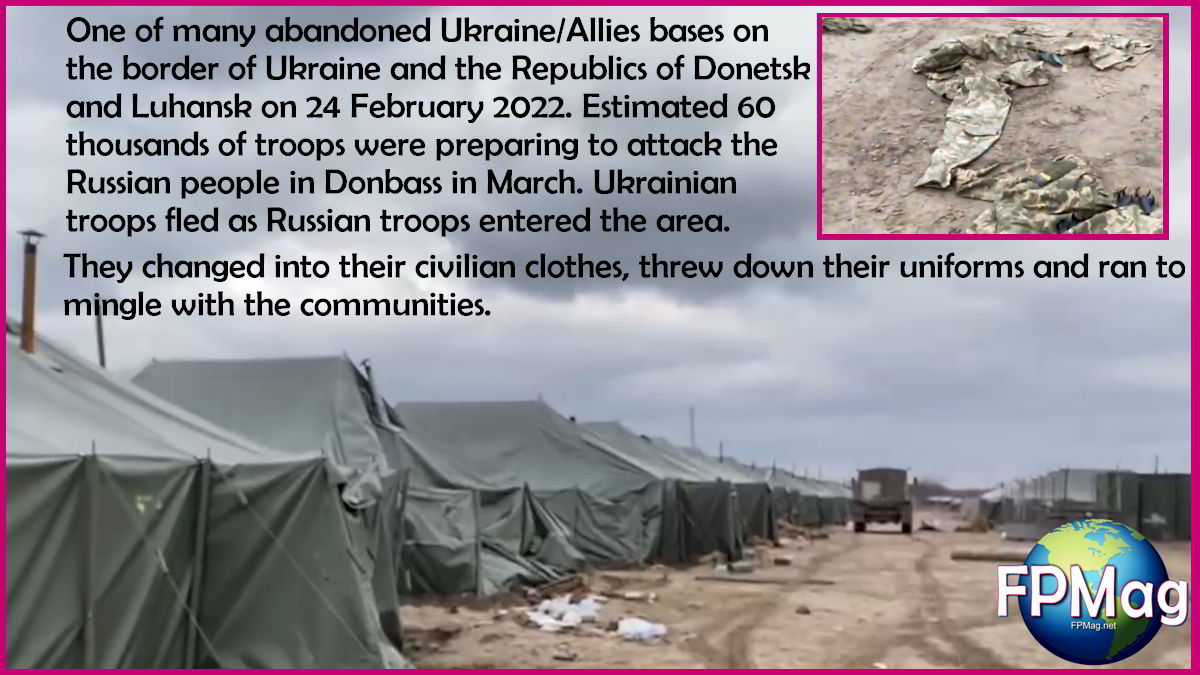 Ukraine was about to invade Donetsk and Luhansk on the first of March say captured documents offered by Russian sources who plead to have their case heard.  “We have seen four camps like this each one with thousands of tents,” said a local humanitarian worker, recently driving a bus for evacuees in  the Eastern region of Ukraine. This image is of one of many abandoned Ukraine/Allies bases on the border of Ukraine and the Republics of Donetsk and Luhansk (Donbass Region) on 24 February 2022. Estimated 60 thousands of troops were preparing to attack the Russian people in Donbass in March. Ukrainian troops fled as Russian troops entered the area. They changed into their civilian clothes, threw down their uniforms and ran to mingle with the local communities. Photo credit: Courtesy: The RINJ Foundation. Art/Cropping/Enhancement: Rosa Yamamoto FPMag

“Zelenskyy is whining at sad-faced white boys from the Anglosphere patriarch of five  (FVEY) who are shocked at the hardships of the traditionally racist white supremacists  in Ukraine, to whom they have brought a certain hell,” critiques Ms. Carter. 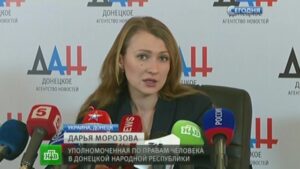 “RINJ Foundation workers on the ground in Eastern Ukraine are furious at the death and destruction that has been caused by this Biden political game of playing Zelinskyy into a national disaster. That’s a story the apparently Democrat-controlled American media has quashed. In order to do that, outlets like CNN have been talking pure drivel. Thank God for Aljazeera,” said Ms. Carter.