Hysterical ‘talking heads’ on American TV newscasts are nearly apoplectic, talking about their predictions of WMD “false flag” plans of the Kremlin for Ukraine. But there is unequivocally, biowarfare-like pathogens in labs in Ukraine, FPMag has learned.

“Soldiers bursting in on a laboratory study in progress with a naturally occurring pathogenic microorganism could release that highly morbid microbial menace into the environment,” says an infectious disease expert in Singapore when asked about the current crisis of Russian soldiers storming in on bio-research labs in Ukraine.

Russian officials claim that Russian soldiers have discovered gain-of-function, weaponized  biological pathogen research labs. Dr. Harris quipped, “most soldiers I have seen have needle phobia and claim ‘bioweapon‘ when they are approached with a syringe loaded with penicillin—seriously, what soldier could identify such a thing?  The Russians need to deliver evidence immediately to the World Health Organization and completely seal any former Soviet facility that is suspected of containing dangerous pathogens,” said the disease prevention scientist.

“Situations such as this demonstrate the need to strengthen the Biological Weapons Convention,” said Izumi Nakamitsu, United Nations Under-Secretary-General of Disarmament Affairs,  referring to the Convention on the Prohibition of the Development and Stockpiling of Bacteriological (Biological) and Toxin Weapons and on ‘their destruction’, which entered into force in 1975.  Aware of media reports on allegations of biological weapons programs, she encouraged States parties to the Convention, including the Russian Federation and Ukraine, to consider making use of the available procedures to resolve related issues,” the UN expert said Friday.

Grave concerns are now emerging about Public Health research laboratories in Ukraine which are being captured by Russian military forces led by professional soldiers who have not a clue about what they are dealing with and could accidentally “break a seal”, as one bio-researcher explained the risk.

America gave up on weaponizing biological pathogens in 1970 and there are no such facilities in Ukraine, says the UN,  but experts say that “deadly Pathogens exist in Ukraine labs and must be destroyed”

10 March, 2022, 3 days ago, FPMag reported experts saying: “WHO or any UN-appointed expert agency must send a team with Russian and Ukraine cooperation to destroy all biowarfare-like pathogens in the country, safely and expeditiously. A ceasefire in the meantime would be appropriate,” says global humanitarian women’s rights and safety NGO.”

The United States does not pursue a biological weapons program and has not since 1970 according to substantial historical documents setting out the reasons why America abandoned this research on 25 November 1969, under the Richard Nixon administration.

“One good reason for not developing bio-weapons is that they kill the user,” explains Kathy Poon, an infectious disease intern in Singapore.

Speaking about the USA Biological Threat Reduction Program, which is what the recent fuss is about in Ukraine, Dr. Frederick Harris at the Civil Society Partners against COVID-19 tracking team in Singapore, explains that, “I feel I must sit down and catch my breath to avoid fainting when I think about big, clumsy Russian soldiers walking into clean-room labs where researchers are trying to find vaccines for Q-fever and Ebola and other highly morbid infectious diseases that kill as many as 95% of the infected population. Many extremely infectious pathogens do not kill that many from the outset but one does not know what the mutations will be like. I work with people who have spent months with the WHO in Africa fighting Ebola and others. It is a frightening prospect that ‘dumba**es’ are banging around in Biological Threat Reduction labs,” Dr. Harris said.

“In order to study these pathogens, samples of the pathogens are needed. Such pathogens are stored in a number of different ways but also they may be in use at any given time in a lab that specializes in evaluating detection methods; prevention protocols; and eradication prospects to name only a few types of studies,” explains Dr. Harris, a biostatistician and infectious disease researcher with the Civil Society Partners against COVID-19,

“Soldiers bursting in on a laboratory study in progress with a naturally occurring pathogenic microorganism could release that highly morbid microbial menace into the environment,” he said during a subsequent  interview to the conversation for the article “Deadly Pathogens exist in Ukraine labs and must be destroyed” last Thursday.

“Another risk is that the electric power during a war could be shut down to the cryogenic refrigeration units in specialized public health research labs and specimens might be released from a deep freeze, deep sleep, in a manner of speaking, and begin the incipient stage of the end of Europe,” Dr. Harris explained in a worried tone.

“My preference is to be as far away from weaponized pathogens as I can get hence this is not my specialty, but I can help you with the basics. From what I know from peers who I have studied with, the development of bioweapons by the United States ceased before I was born,” he added.

America has faced criticism for carelessness in handling deadly pathogens. Stories like that have added to fears.

The United States biolabs inside America’s borders have a questionable track record for safety according to reports in 2015 which also noted that hundreds of lab mistakes, safety violations and near-miss incidents “have occurred in biological laboratories coast to coast in recent years, putting scientists, their colleagues and sometimes even the public at risk“.

“Some 395 reported “potential release events” of “select agents” occurred in U.S. government laboratories between 2003 and 2009, the University of Minnesota’s Center for Infectious Disease Research and Policy (CIDRAP) reported.

“Select agent is government-speak for a biological agent or toxin that is considered to pose “a severe threat” to human, animal or plant health—or livestock and agricultural products. Special approval from the government is required to handle these agents and toxins, and that can only happen in specially equipped labs,” reports Scientific America.

Another critical question that arose in 2015, was ‘if this is what is happening inside America’s borders, how bad is public safety in labs the USA runs around the world?’

‘What the CDC incidents showed us is that the very best labs are not perfectly safe,” said Marc Lipsitch, a Harvard University professor of epidemiology. “If it can happen there, it certainly can happen anywhere.”

“On October 17, 2014, spurred by incidents at U.S. government laboratories that raised serious biosafety concerns, the United States government launched a one-year deliberative process to address the continuing controversy surrounding so-called “gain-of-function” (GOF) research on respiratory pathogens with pandemic potential. The gain of function controversy began in late 2011 with the question of whether to publish the results of two experiments involving H5N1 avian influenza and continued to focus on certain research with highly pathogenic avian influenza over the next three years. The heart of the U.S. process is an evaluation of the potential risks and benefits of certain types of GOF experiments with influenza, SARS, and MERS viruses that would inform the development and adoption of a new U.S. Government policy governing the funding and conduct of GOF research.

“Potential Risks and Benefits of Gain-of-Function Research is the summary of a two-day public symposia on GOF research. Convened in December 2014 by the Institute of Medicine and the National Research Council, the main focus of this event was to discuss principles important for, and key considerations in, the design of risk and benefit assessments of GOF research. Participants examined the underlying scientific and technical questions that are the source of current discussion and debate over GOF research involving pathogens with pandemic potential. This report is a record of the presentations and discussion of the meeting,” 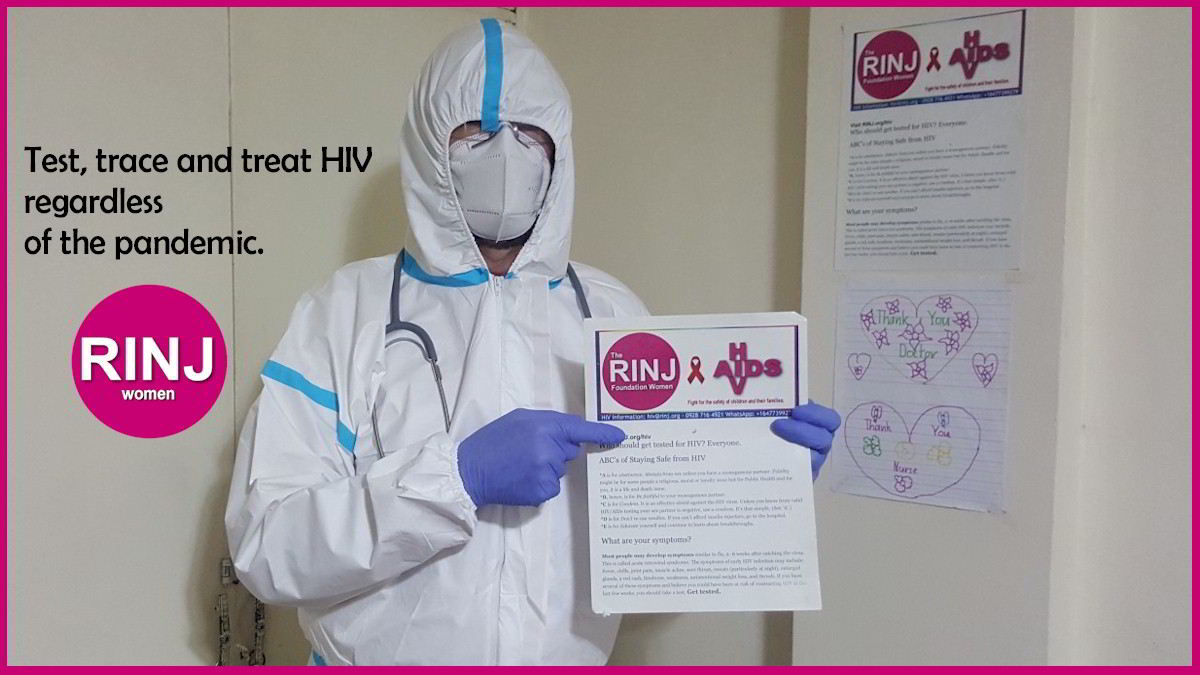 Deadly Pathogens exist in Ukraine labs and must be destroyed.
WHO must send a team with Russian and Ukraine cooperation to destroy all biowarfare-like pathogens in the country say experts who have been tracking COVID-19. (https://t.co/QBwJZFh0Yp)

“There are 25+ US-funded biolabs in Ukraine which if breached would release & spread deadly pathogens to US/world. We must take action now to prevent disaster. US/Russia/Ukraine/NATO/UN/EU must implement a ceasefire now around these labs until they’re secured & pathogens destroyed,” 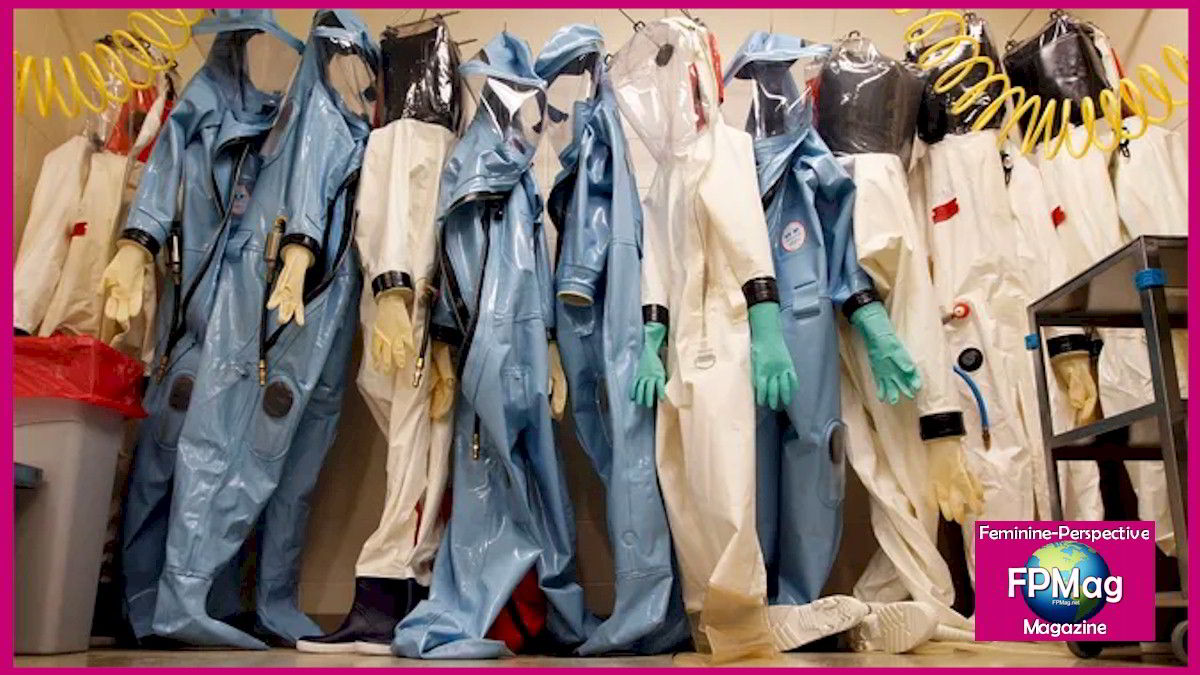 Who are the Good Guys?

GB News’ Mark Steyn stirred up a storm and has been labelled as “Russian propagandist” for challenging  America’s denial that there are US-funded biolabs in Ukraine.

Mark Steyn’s video editorial targeted Dr Anthony Fauci’s involvement and apparent cover-up of US gain-of-function research at the Wuhan Institute of Virology, and slammed the “court eunuchs of the legacy media” for insisting the Ukrainian biolabs were innocent.

“Ukraine is the most corrupt country in Europe,” he continued. “But apparently its global reputation for cutting-edge, state-of-the-art research is such that US taxpayers are funding Q-fever labs in Odessa.”