Mitt Romney accusing Tulsi Gabbard of treason implies Russia/USA at war. Regardless, biolabs should be made safe

“The American Patriarch has slammed Tulsi Gabbard who has made male leaders look like fools, simply by her intelligence and no-nonsense approach to public policy. But what is more notable is that Ms. Gabbard has been accused of treason by a former Presidential Candidate, Mitt Romney,” says Geraldine Frisque, spokesperson for a global civil society women’s rights group.

Does Mitt Romney believe America is officially at war with Russia? Isn’t that the only way anything at all Tulsi Gabbard could have said would be, “treasonous“. Does Mr. Romney even slightly know the scientific biosphere he is talking about?

The USA Agency ‘partnered’ with the Ukraine authority that runs the controverted biomedical-research labs in Ukraine is the Defence Threat Reduction Agency. 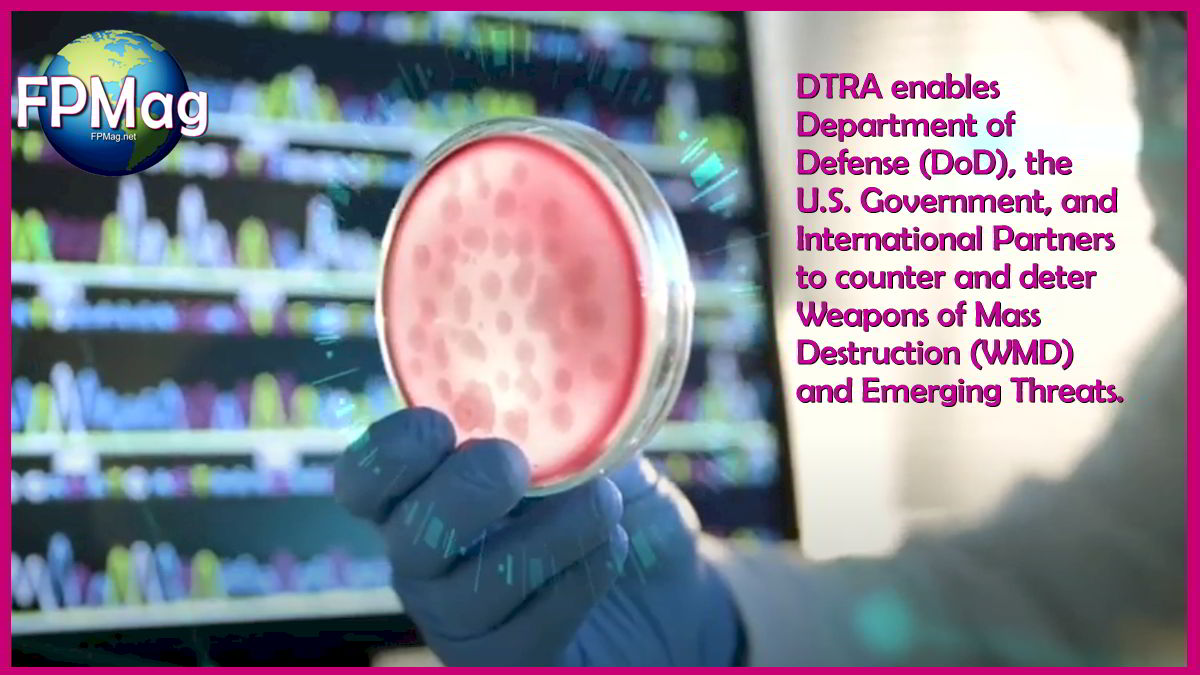 Defence Threat Reduction Agency *(DTRA or DoDDTRA) enables Department of Defense (DoD), the U.S. Government, and International Partners to counter and deter Weapons of Mass Destruction (WMD) and Emerging Threats including nuclear biological and chemical (NBC) weapon threats. Photo Credit: The Agency that is ‘partnered’ with the Ukraine authority that runs the controverted biomedical-research labs in Ukraine.

C-SPAN US Senate video below: “Ukraine has biological research facilities,” says Victoria Nuland, Under Secretary of State for Political Affairs. She is not an infectious disease expert.

Below: C-SPAN stream of full session as shown above in segment only. 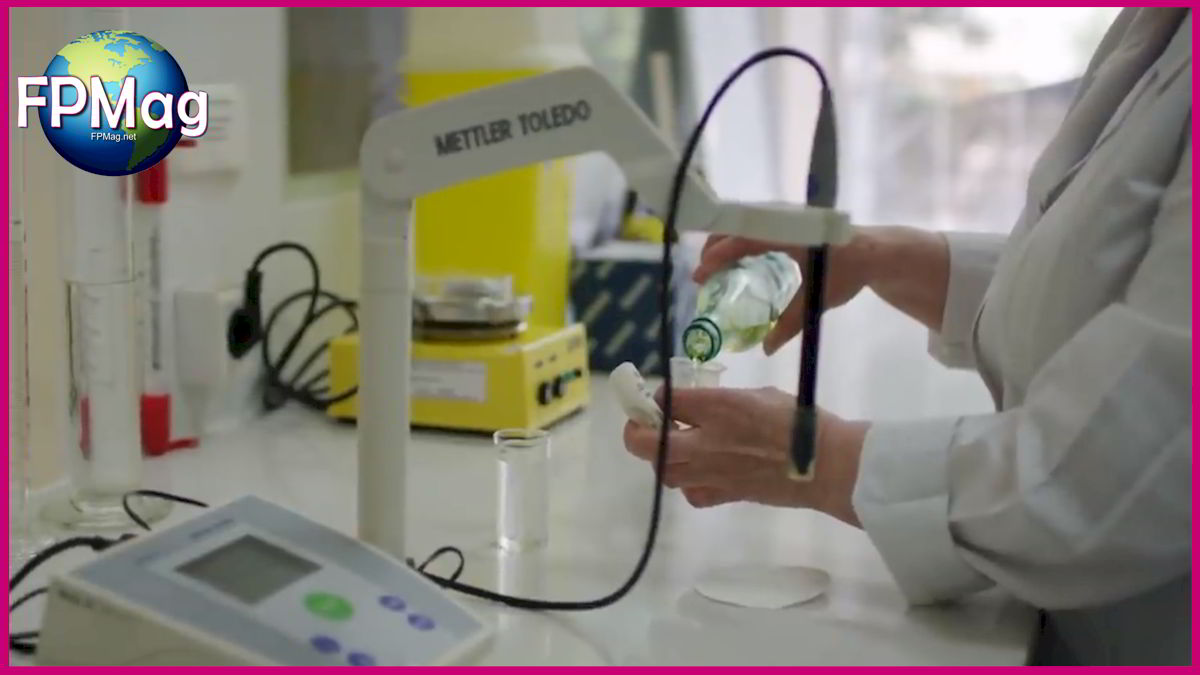 Ukraine operates a little over a dozen biolabs, and what they are involved in is Ukraine’s biodefence and their public health response said US National Intel Director Haines, but then she defers to ‘the agencies’.

Honorable Avril Haines, Director of USA National Intelligence said last week in a response to a question from Senator Marco Rubio, “So as I understand it, Ukraine operates about a little over a dozen biolabs, and what they are involved in is Ukraine’s biodefence and their public health response, and that’s essentially what they’re intended to do. And I think that the U.S. government provides assistance, or at least has in the past provided assistance, really in the context of biosafety, which is something that we’ve done globally with a variety of different countries. I would defer the details of that assistance to the agencies.”

Video: The Agency to which Ms. Haines refers. The DTRA.

Below Video from “the agency“: The Biological Threat Reduction Program (with local subtitles), explained by the “Agency” to which Director Haines refers. The Defence Threat Reduction Agency which is about prevention not production of pathogens and it is indeed within the Department of Defence the latter being the operative word, defence.

Note: this is an unverified counter propaganda that according to some critiques, gives Russian propaganda too much attention and therefore undeserved credence. FPMag was unable to confirm the Russian side has made the allegations contained in the video. America walked away from bio-warfare around 1970, joining two treaties to that effect in 1975.

“Oversight of the entire Eastern Europe infrastructure is needed,” say experts. “Peer review is great but not enough during this destabilized period. Much of these decades-old materials may need to be destroyed because of the general instability in Eastern Europe. It’s a dark offspring of the Soviet Union era.”

“There is no issue about the intent of these labs. What is at issue, is making them safe, which was supposed to have been done on 28 February but in many cases that may not have happened,” says a woman member of The RINJ Women in Ukraine. She is a bio-researcher who until her family evacuated, was working in one such lab in Ukraine.

“The US says it funds work in epidemiological research labs to conduct research as the Director of National Intelligence and other officials have said, for  ‘Ukraine’s biodefence and their public health response,’. Hence they would need to have access to inventories of pathogen particles for which they are conducting ‘Ukraine’s biodefence research and their public health response’,” explained Dr. Harris of the Civil Society Partners against COVID-19 tracking team, who is an infectious disease researcher.

“This has likely raised some suspicions with some science-averse persons, like those we have encountered during the fight against SARS-CoV-2,” he added.

“But this does not mean that in Ukraine, the pathogens are produced, in fact that is extremely unlikely in recent times because they are easily available as nonviable specimens and viable pathogens from many countries including the United States and Canada as well as China and several European nations. Much depends on the biosafety level of the facilities in Ukraine. It is possible a BSL-4 unit (highest safety level) could provide larger storage of  research materials for BSL-3 units. (Clinical, diagnostic, teaching, research, or test treatment production facilities.) We do not know the details of the Ukraine facilities. This is now more than ever extremely important research because for one example, the human species is extremely vulnerable to especially zoonosis, bacterial or viral, because of the declining number of thriving species on Earth, and I am talking about the threat of climate change destroying the habitats of species with which we share this planet,” said Dr. Kathy Poon, an infectious disease researcher in Singapore who joined the discussion.

“No real Russian scientist would say because there are such research labs, there must be a production of pathogens to enable studies. Maybe public relations people or propagandists have started these rumours, but they are so outrageous it’s not something to worry about except that as I have said, I nearly faint at the thought of a bunch of clumsy-ox Russian soldiers, probably just kids, bashing around a medical-research lab, or turning the power off to the cryogenic refrigeration units,” Dr. Harris added. “Not only might that be dangerous but we could lose some very important work, like an incipient vaccine or treatment, for heaven’s sake,” Dr. Frederick Harris added.

“The inside story of how scientists produced an early Ebola vaccine in Winnipeg, Canada, has a few good answers about how these research projects move along. It can be complicated, because many checks and balances are in place,” he added.

BSL-4 Lab, is appropriate for work with agents that could easily be aerosol-transmitted within the laboratory and cause severe to fatal disease in humans, hence the constant pressure suits.
Here, scientists are working inside positive pressure personnel suit at biosafety level 4 (BSL-4) laboratory of the NIAID Integrated Research Facility (IRF) in Frederick, Maryland. Photo Credit: National Institute of Allergy and Infectious Diseases –  Art/Cropping/Enhancement: Rosa Yamamoto FPMag

“Forgetting about possible access to anthrax by Ukrainian looters, tipped off by the American media uproar, I am especially concerned about new variants of Ebola Virus Disease (EVD) and Marburg Virus Disease (MVD), caused by several different filoviruses in the Filoviridae family. They are severe hemorrhagic illnesses with similar clinical manifestations and very high case fatality rates (CFR). Outbreaks of EVD and MVD can occur following human contact with the pathogen. If that happened in a lab with a soldier smashing the place up, it could be the end of Russia’s population if many soldiers bring a plethora of disease home, and the beginning of the end of Europe, judging on how poorly the mitigation response has been to the COVID-19 pandemic, with an estimated 18 million dead, around the world,” Dr. Harris warned.

“Arrange a cease fire in Ukraine and get bio-inspectors into these places and make them safe,” says expert.

“These are naturally occurring pathogens, the politicians are quibbling about,” he added. I think, Micheal, that this political spat in America serves up another opportunity to raise the alarm again about arranging a cease fire in Ukraine and getting bio-inspectors into these places and make them safe,” Dr. Harris said with a worried look during the video interview.

Video: “Tulsi Gabbard defends herself . And explains “what the media is lying about…”.