The American insistence Ukraine become a NATO member and USA nuclear missiles may dot the borders on the Ukraine side facing the Russian Federation (“five minutes from Moscow” said Putin) has been a red line for Vladimir Putin and toxic to the entire world population which is now undeniably threatened with nuclear war.

By Micheal John and Melissa Hemingway

In a DW special interview, yesterday, a leading world nuclear weapons expert gives a full analysis of Vladimir Putin’s nuclear threats as his invasion of Ukraine continues. Watch “The threat of nuclear war is rising“. 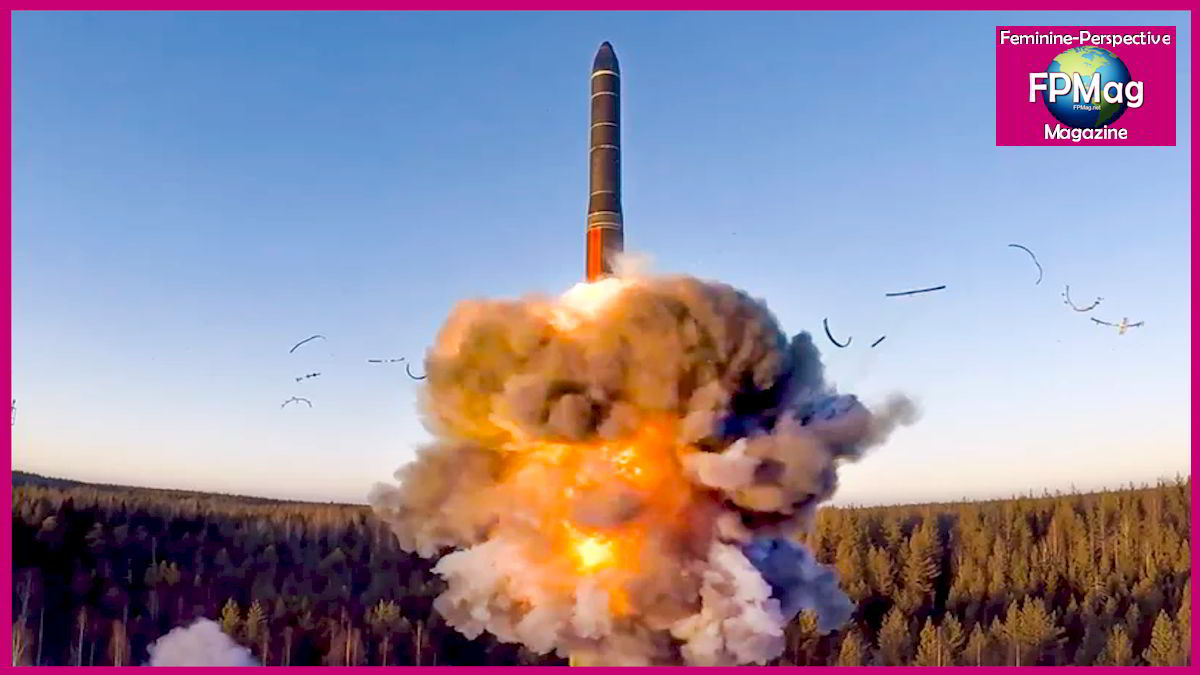 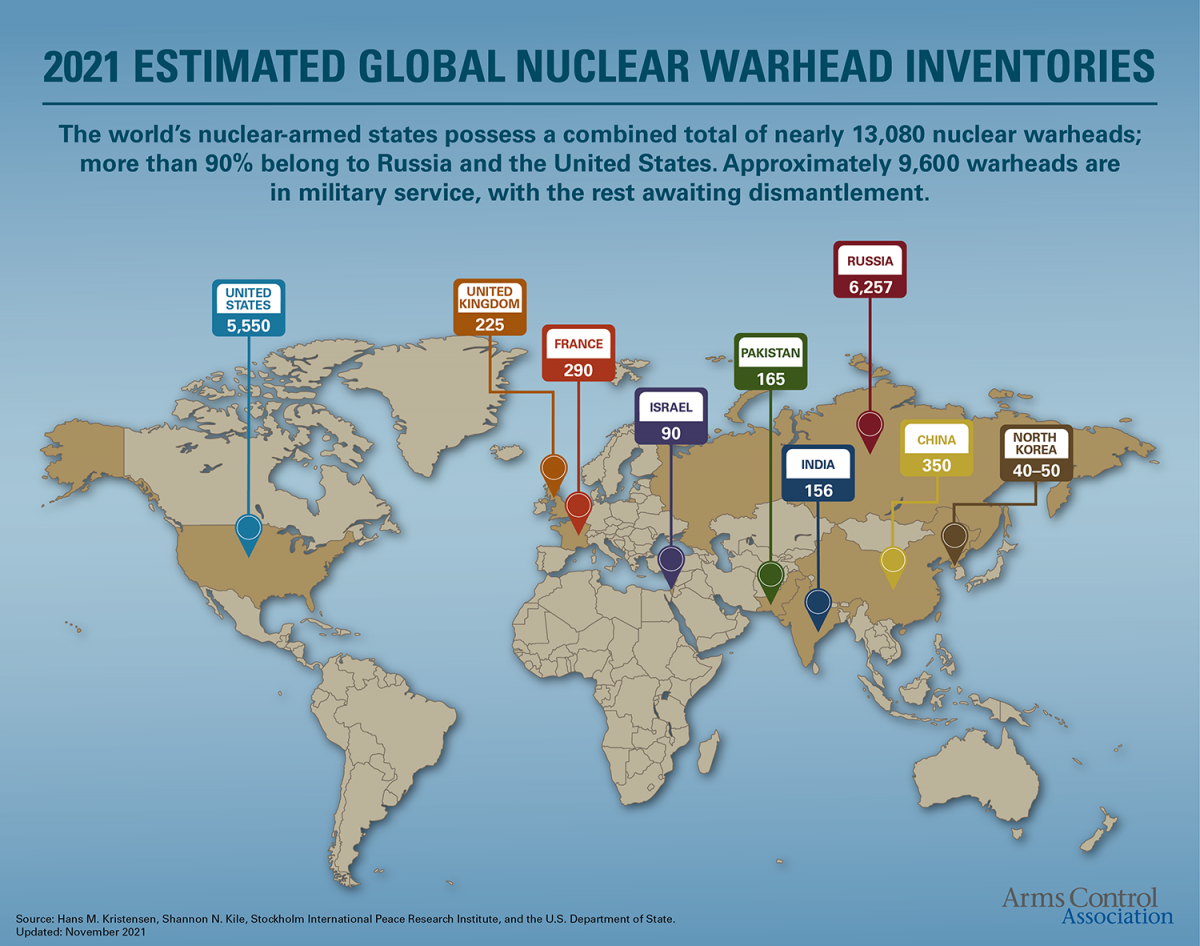 “No new thing under the sun, was in the Vladimir Putin requests,” say authors of the Bulletin of Nuclear Scientists, who run the doomsday clock.

“The remarkable thing about the Russian proposals on the security guarantees—which come in the form of two draft treaties, one with NATO and one with the United States—was that almost nothing in them was new. William Alberque, director of strategy, technology, and arms Control at the IISS research institute, was the first to notice that the draft documents drew heavily from the 2009 Russian proposal of the Agreement on Basic Principles Governing Relations among NATO-Russia Council Member States in Security Sphere. The 2009 draft European Security Treaty was probably also an inspiration.”  Andrey A. Baklitskiy | January 14, 2022

These scientists moved the doomsday clock to 100 seconds.

“Leaders around the world must immediately commit themselves to renewed cooperation in the many ways and venues available for reducing existential risk. Citizens of the world can and should organize to demand that their leaders do so—and quickly. The doorstep of doom is no place to loiter,” say the scientists who run the doomsday clock.

How did the world get to this point after Trump was defeated?

For the NATO side this conflict has been necessary to keep the lucrative (to Britain and America) NATO weapons sales alive and give NATO a reason to exist.

Russia has protested the continued artillery attacks on the Republics of Donetsk and Luhansk over the past eight years. These self-declare republics were rejected by Russia at the outset.

Luhansk and Donetsk Republics have populations of ethnic Russians, certainly Russian-speaking citizens—they are not necessarily “pro-Russian”, they are Russian and many are pro-Luhansk and pro-Donetsk—who have armed themselves. These republics declared independence in May 2014 following a referendum during the Ukraine civil war and fought bloody attacks ever since.

Biden did not mention any of this during his State of the Union Speech, having ignored Putin’s reasonable request for a legally-binding agreement certifying that NATO would advance no further east.

Biden repeatedly claimed he knew that Russia would advance into Ukraine the collection of old equipment and reserve forces assembled around thousands of empty tents pitched along the Donetsk, Luhansk and Ukraine border.

“My guess is he [Putin] will move in, he has to do something,” said Joe Biden during a news conference on 20 January.

In other words, Biden knew if he did not negotiate in good faith with Russia, the leadership of that country felt so convinced the Russian Federation was threatened, it would take its own solution, a call to arms. Clearly Putin did not take such a massive risk without cause.

The first casualty of war is reportage of the truth. “Freedom of speech is crushed” in the West says Tulsi Gabbard.

Tulsi Gabbard on “the freedom of speech”.

Canada will join Myanmar, China, North Korea, Iran, Eritrea, Europe, and Syria in shutting out international media and quashing freedom of speech, and journalistic reports the Trudeau government disagrees with.

“We cannot allow falsehoods, propaganda and disinformation about Russia’s war to continue spreading in Canada,” he said

Russia said it enters Ukraine to de-Weaponize and de-Nazify Ukraine and to prevent a NATO country on its borders.

Russia had said that it has entered Ukraine in a “military operation” to “de-weaponize and de-nazify Ukraine” as the Donetsk and Luhansk Republics fend off attacks from the neo-Nazi Azov brigades.

Putin also justified his invasion of Ukraine as a way to halt NATO’s expansion eastward to Russia’s borders.

“Ukraine is the world’s only nation to have a neo-Nazi formation in its armed forces,” Lev Golinkin wrote for the Nation, 22 February 2019. 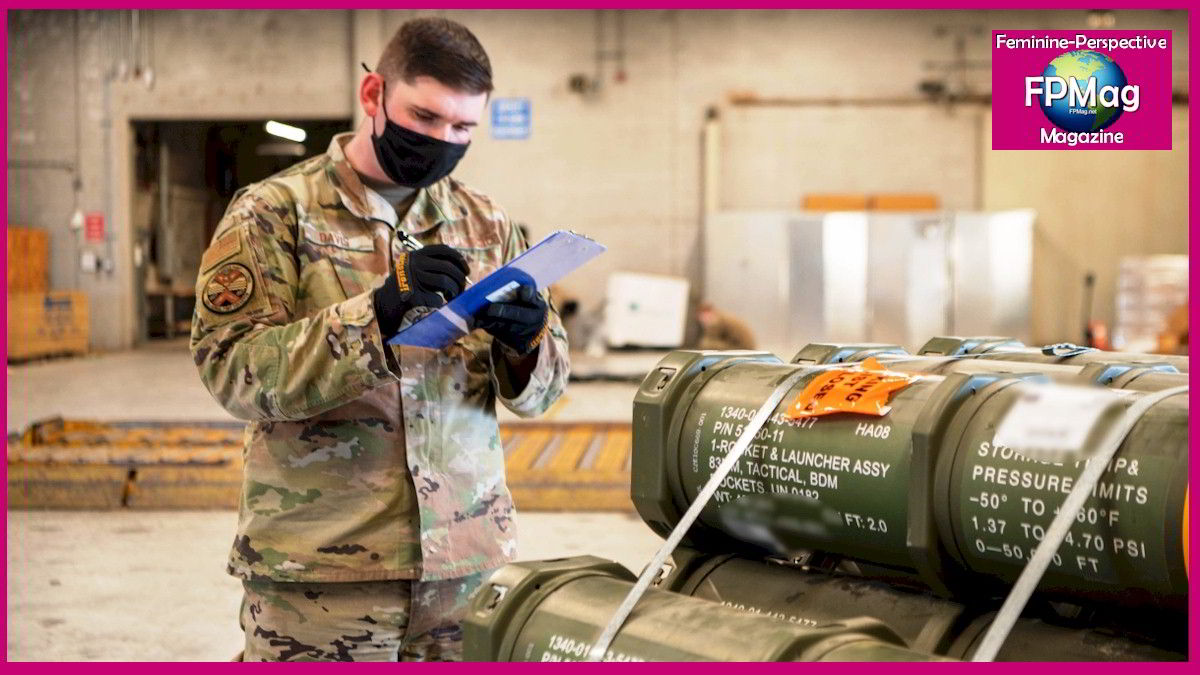 US Weapons have been pouring into Ukraine for years.  Staff Sgt. Kyle Davis, 436th Aerial Port Squadron special handling supervisor, counts pallets of ammunition, weapons and other equipment bound for Ukraine during a foreign military sales mission at Dover Air Force Base, Delaware, Jan. 21, 2022. Since 2014, the United States has committed more than $5.4 billion in total assistance to Ukraine, including security and non-security assistance. The United States reaffirms its steadfast commitment to Ukraine’s sovereignty and territorial integrity in support of a secure and prosperous Ukraine. (U.S. Air Force photo by Mauricio Campino)

“European security and defense has evolved more in the last six days than in the last two decades,” said Ursula von der Leyen, president of the European Union on Tuesday to the European parliament.

According to the United Nations High Commissioner for Human Rights : “Another major concern is the ongoing presence of military forces in civilian areas and indiscriminate shelling continue to be the main factors endangering civilians, and affects their ability to access housing, land and property. During the reporting period, OHCHR collected detailed information about the conduct of hostilities by Ukrainian armed forces and the Azov regiment in and around Shyrokyne (31km east of Mariupol), from the summer of 2014 to date. Mass looting of civilian homes was documented, as well as targeting of civilian areas between September 2014 and February 2015. Residents displaced to Mariupol have received little assistance and information about the status of their homes. Unable to return but for short periods of time to examine the damage, IDPs from Shyrokyne exchange video footage and photographs to try to track the condition of their homes.” Full UN Report is here.

U.S. Secretary of State Antony Blinken on Thursday will travel to several European countries, Lithuania, Latvia, Poland, Moldova, and Estonia. Blinken will first stop in Belgium for a meeting of NATO foreign ministers to discuss further retaliation against Russia.

Within hours, Ukraine and Russia will meet near the Belarus border for peace talks.