What are women wearing in Moscow? How are they doing in the infamous wife-beating nation?

“Like in Odessa, Ukraine, the opera and ballet theaters of Moscow show only a few signs of an ongoing proxy war between the United States and Russia on Ukraine territory,” suggests Svetlana in north Moscow. FPMag knows Svetlana as an organizer of a regional chapter of RINJ Women.

As Russian soldiers rape women in Ukraine during this very gendered warfare, FPMag set out to find out how women in Russia were doing without their husbands.

Russia is a country where wife-battery is as common as cockroaches in the Philippines.

Russian warfare is extremely focused on the spoils of war including the rape of women and girls. The men then come home with diseases they have shared from other men who raped the same females. Truth of Russian warfare is a ghastly reality for the nation’s wives and moms.

“The most psychologically damaged victims of this war in Ukraine may well be the women of Russia,” suggested Dr. Nassima al Amouri who was consulted for this article’s research.

“The outcome of the research is somewhat nuanced,” she commented upon hearing Dale Carter’s and Melissa Hemingway‘s report.

“I have many friends working in the fashion district of Moscow and they say that the Americans fleeing Moscow is the best thing that ever happened to their businesses. ‘They say Americanism is tackiness’ and does not fit the haute couture creations of  custom-fitted, hand-sewn, high-end fashion-design of Moscow,” said Svetlana, sucking up some anger as some of her friends were also doing. They were ignoring some specific questions at a time when FPMag’s Melissa Hemingway was visiting Moscow women’s chapters with the RINJ Foundation‘s Dale Carter.

On Thursday, Svetlana and some of her friends learned without much detail that their husbands have been accused of raping many girls as part of their activities in the war zone. The accusation has come indirectly from both Denis Pushilin, the head of the Donetsk People’s People’s Republic which allegation has a lot of credibility because his troops fight alongside the Russians, and also from a RINJ worker who has interviewed survivors of these crimes. Many of the survivors of these crimes are citizens of the Donetsk People’s Republic, a breakaway nation from Ukraine, allied to Russia since  back in 2014.

The women don’t really want to talk about their rapist husbands much but instead invited FPMag along on a luxurious Friday and Saturday shopping blitz wherein a lot of money was passed to Moscow shopkeeper’s hands in the heart of the high-fashion district of Moscow.

Why two days? Because on the first day the women buy their favorites with their husband’s money, then get fitted for final adjustments. The next day the seamstresses have finished their work and the women can try on their purchases and accessorize their fashion prizes.

“A perfect dress for the coming weekend,”  Svetlana said Friday. “This style is available in several shades. Sleeveless dresses can be worn both on their own and as layered looks – in case it actually gets colder, but that is not expected this summer,” she added. Photo credit: Milnali. Art/Cropping/Enhancement: Rosa Yamamoto FPMag

“I think that people around the world are struggling with the concept of de-Russiafying their lives, especially those who study music or other aspects of of a luxurious culture.  A whole segment of the history of art goes missing when Russia is eliminated. But we will always have that and will therefore compete better in this world because of our rich cultural heritage,” noted Svetlana.

“Total discrimination against Russians that’s shocking in its savagery is currently taking place in many Western countries,” the Russian Foreign Minister  stressed in a paper published in June of this year.

The Foreign Minister’s report detailed incidents from some forty nations, with the USA, Britain, Canada, Germany, Poland and the Baltic states itemized for the gravest infringements of human rights against Russian students by other students, teachers and government officials.

“Let’s take a special trip with my sisters to Milnali, my favourite place to try on clothes and to shop when I have the money,” Sveta had invited. 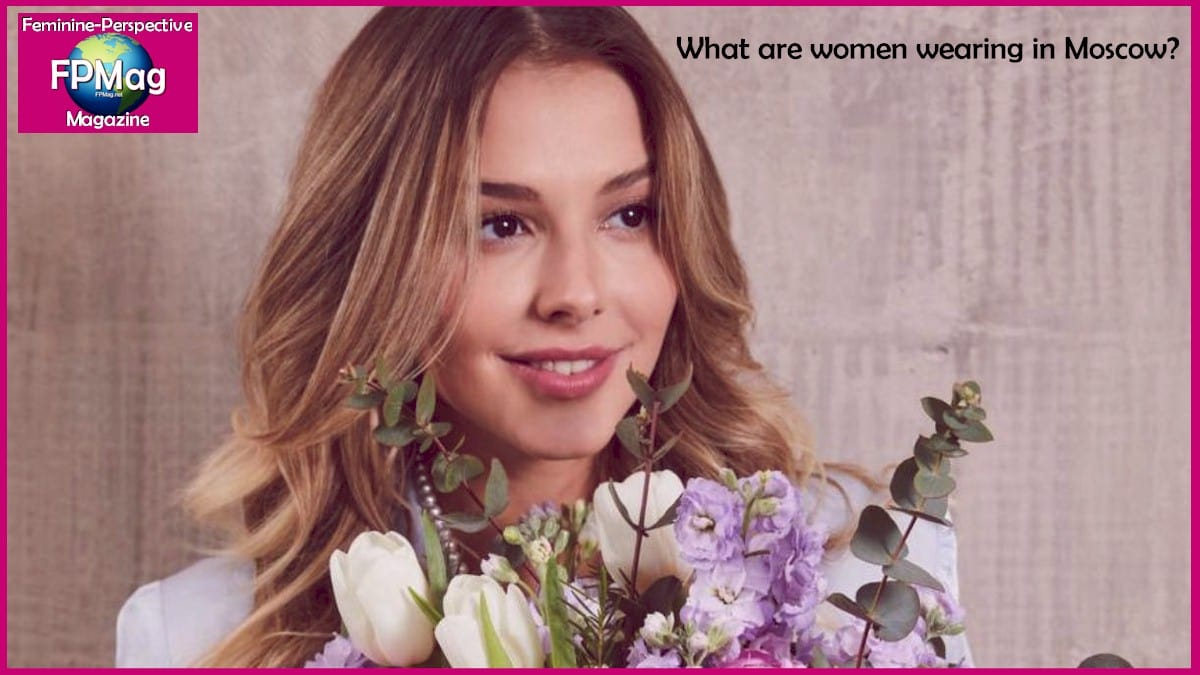 “This season, a lot of attention of designers is riveted to natural fabrics, so linen clothing has become a real summer trend. Linen adapts to the weather: cools down when it gets hot, and stays warm when it gets cold, suggested Svetlana. Her friends agreed.  Photo credit: Milnali. Art/Cropping/Enhancement: Rosa Yamamoto FPMag 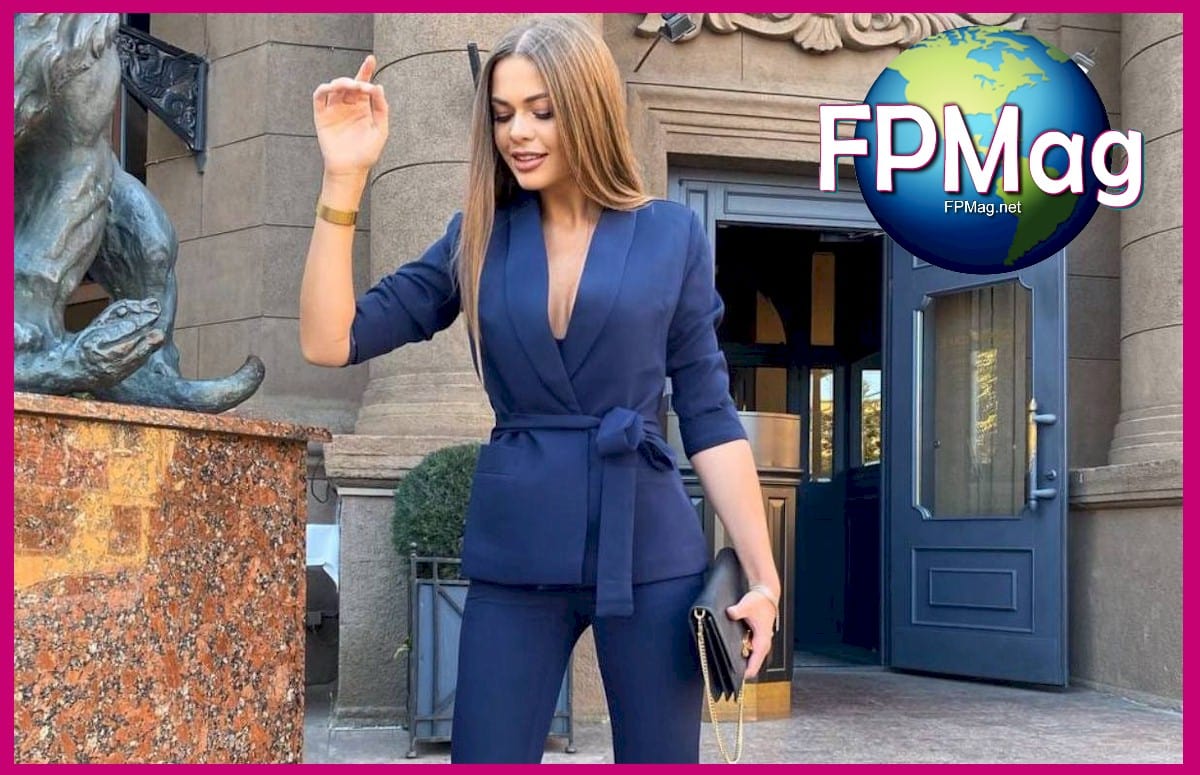 “A plain jacket with a belt and cotton slacks suited tow of Svetlana’s friends in two different colours to go to the summer veranda with new friends in the evening,” one of them declared from a change room. Photo credit: Milnali. Art/Cropping/Enhancement: Rosa Yamamoto FPMag 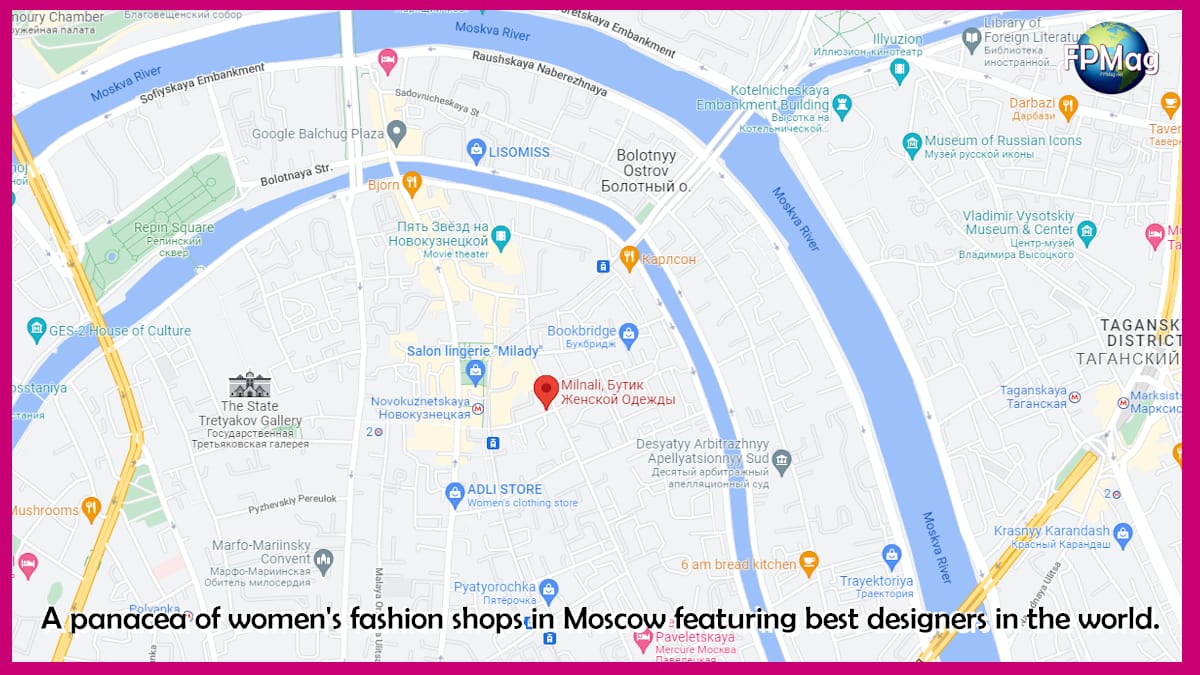 A panacea of women’s fashion shops in Moscow featuring some of the best designers in the world. Where fashionable women shop. (Google Maps.)

What women are wearing in Moscow as US shops leave the Russian Federation and husbands are away brutalizing women in another country. 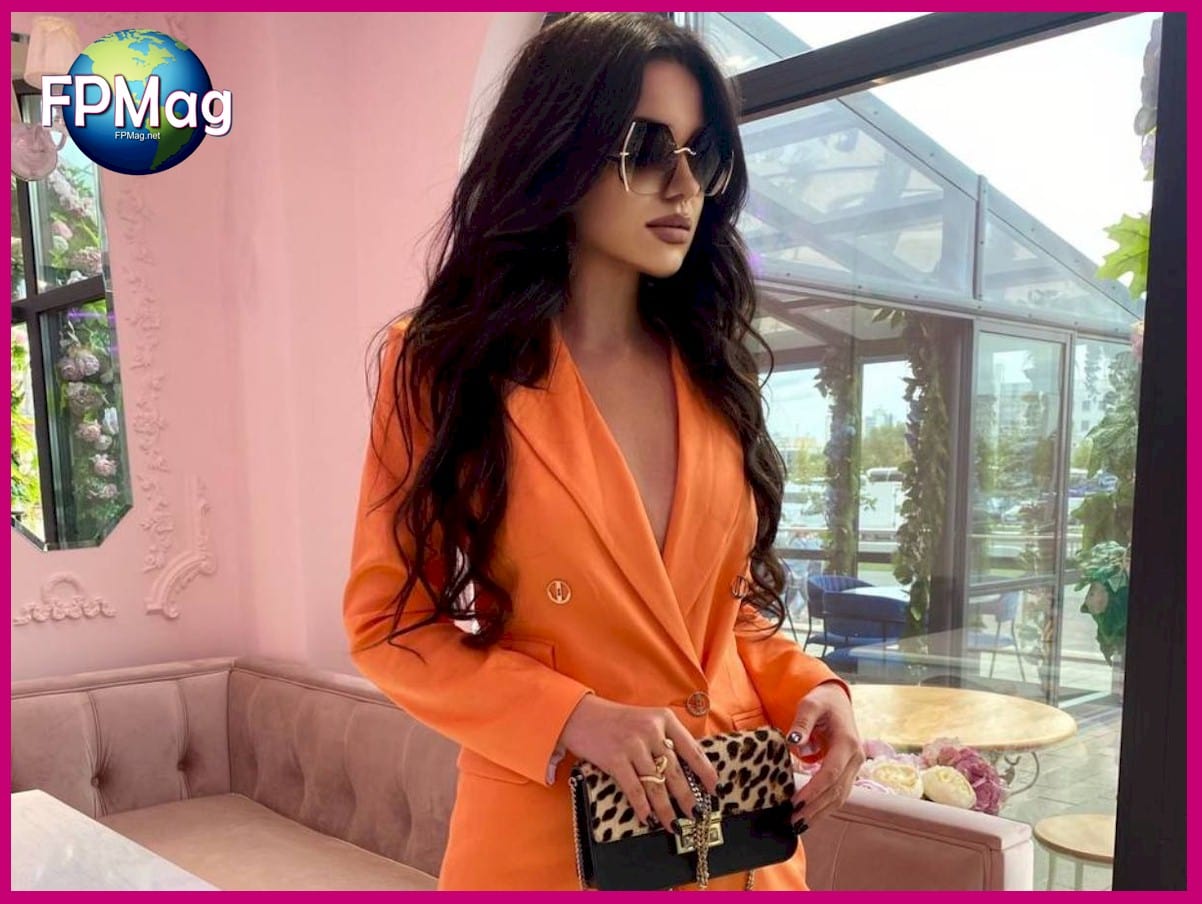 “Do you like bright colours?” sked Sveta.  This summer season is going to be all about brilliance. Here is a basic suit looking stunning in bright orange.

Palazzo trousers (https://milnali.ru/catalog/pants-and-shorts), which have been an absolute trend for several seasons – in them the figure becomes slimmer, and the silhouette is taller. Straight elongated jacket (https://milnali.ru/catalog/jackets-and-vests) with a double-breasted row of buttons – it can be worn with trousers or with any other bottom. Photo credit: Milnali. Art/Cropping/Enhancement: Rosa Yamamoto FPMag 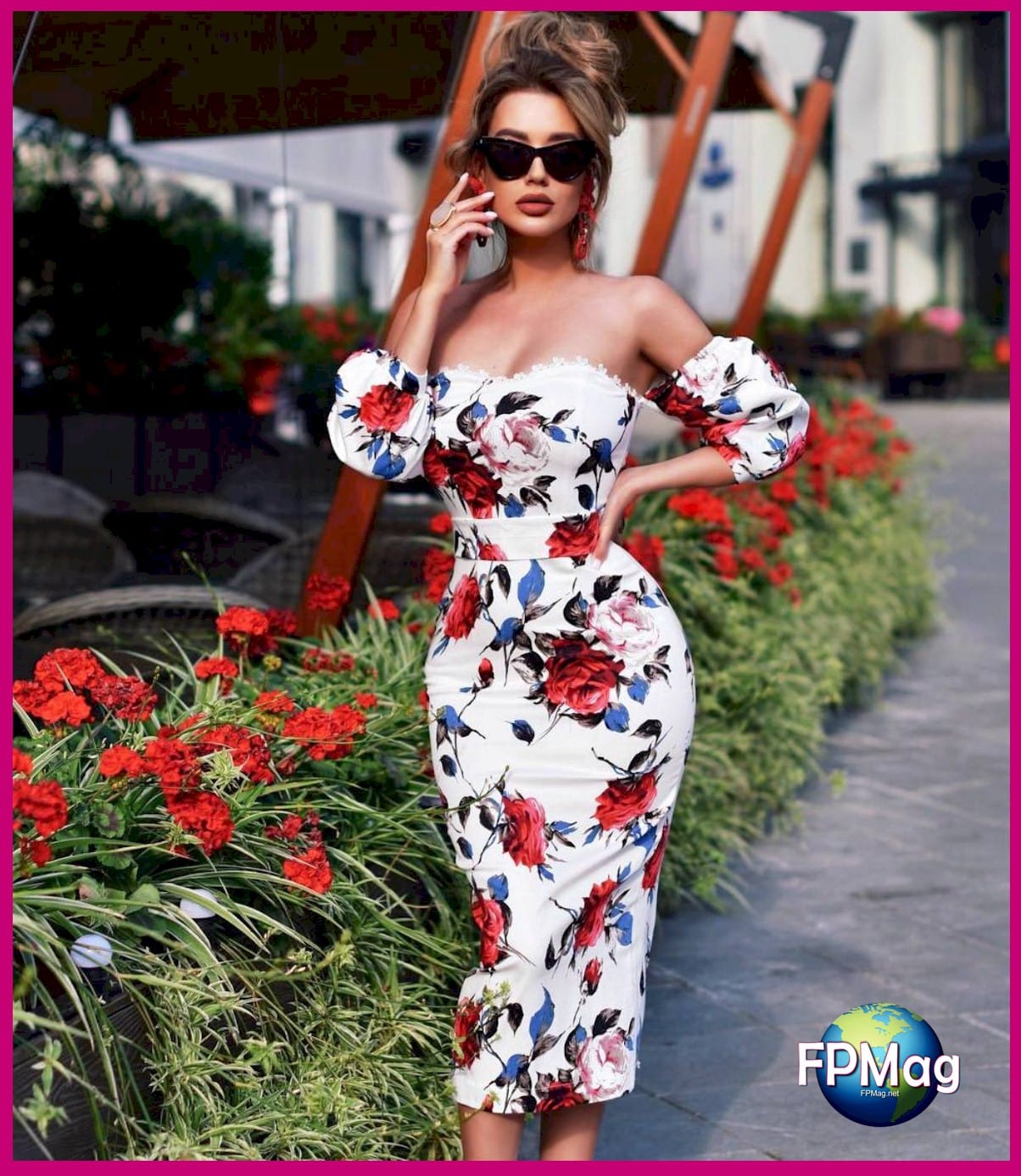 Flawless floral print dress. A cotton sheath dress from the basic collection of the Milnali brand will not leave anyone indifferent. The adjacent silhouette effectively emphasizes the figure, the sleeves can be lowered if desired and emphasize the beauty of your neck. Photo credit: Milnali. Art/Cropping/Enhancement: Rosa Yamamoto FPMag 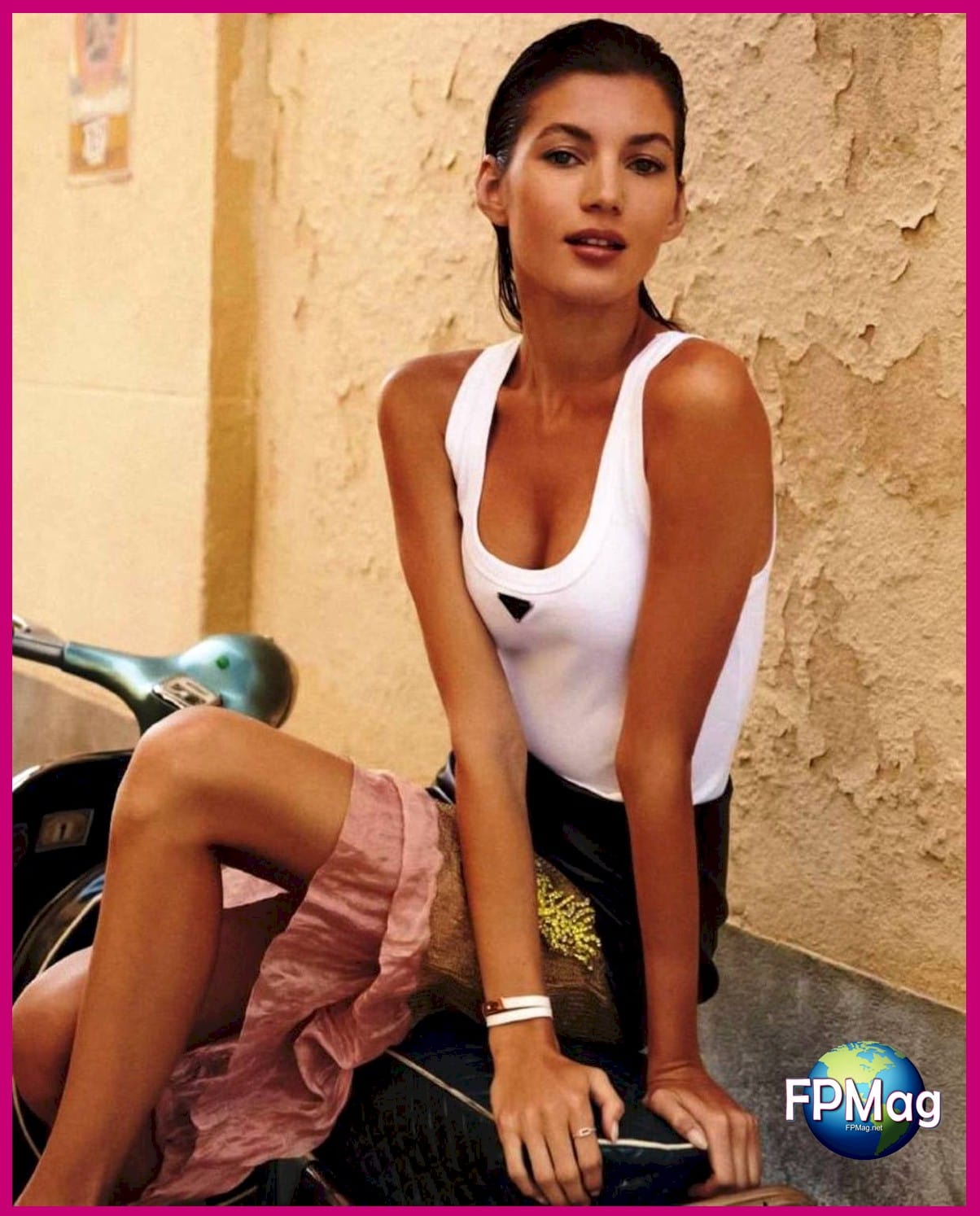 What are women wearing in Moscow now that the American companies have left? Photo credit: Milnali. Art/Cropping/Enhancement: Rosa Yamamoto FPMag 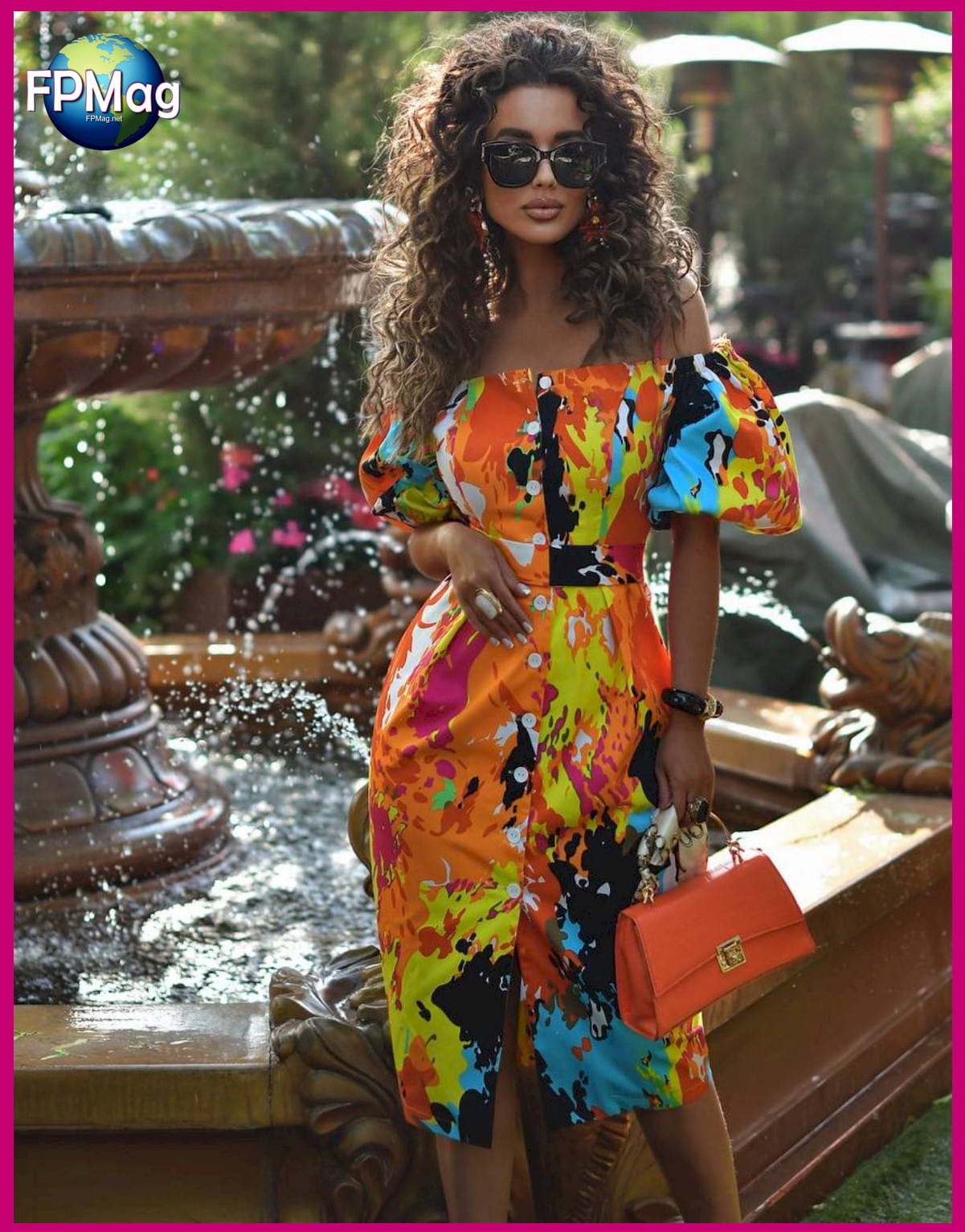 Ready for something totally new? Don’t forget the sunglasses. Sheath dress in a new shade of Miami. The dress has a special attraction. This extraordinary print will definitely not leave anyone indifferent and summer is a special time when you want to catch hundreds of looks. Photo credit: Milnali. Art/Cropping/Enhancement: Rosa Yamamoto FPMag

Video: The ladies show their attire then say “good day” on Saturday.

The article " What are women wearing in Moscow? How are they doing in the infamous wife-beating nation? " was written by Author: Melissa Hemingway (Biography, Email) Senior Staff Writer and Associate Editor at Large
Contact Melissa Hemingway on Twitter ~ Facebook ~ Find on YouTube